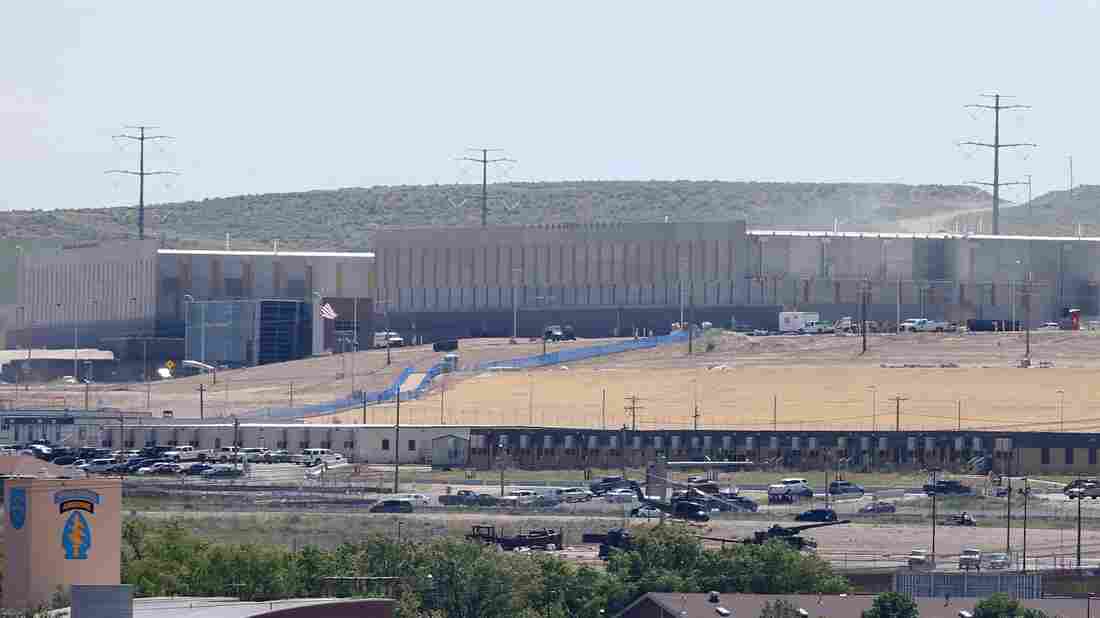 A National Security Agency data center is under construction in Bluffdale, Utah. When this data center opens in the fall, it will be the largest spy data center for the NSA. George Frey/EPA/LANDOV hide caption 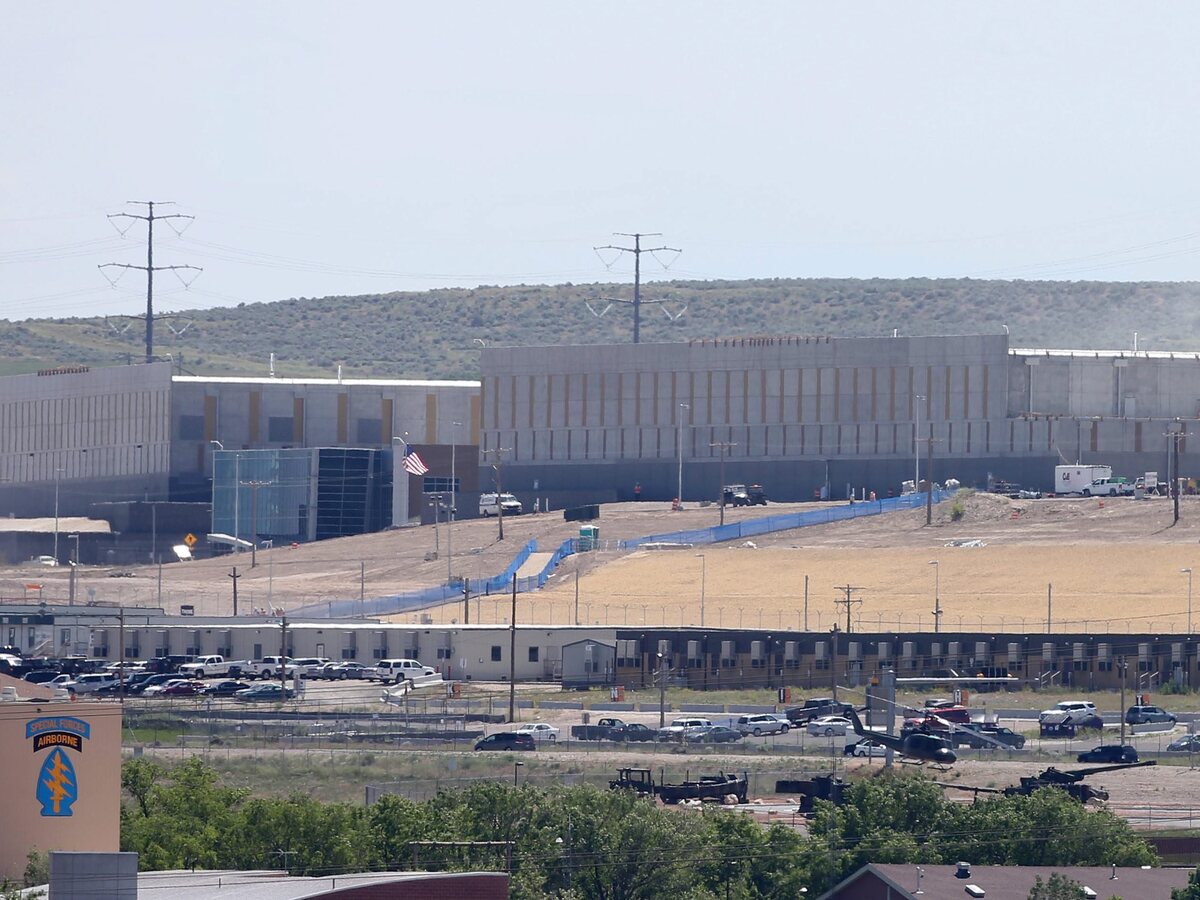 A National Security Agency data center is under construction in Bluffdale, Utah. When this data center opens in the fall, it will be the largest spy data center for the NSA.

As privacy advocates and security experts debate the validity of the National Security Agency's massive data gathering operations, the agency is putting the finishing touches on its biggest data farm yet.

The Utah Data Center is a data farm that will begin harvesting emails, phone records, text messages and other electronic data in September.

Last summer, during a speech at the American Enterprise Institute, a reporter asked NSA Director Gen. Keith Alexander, whether the Utah center "will hold the data of American citizens."

"No," Alexander responded. "While I can't go into all the details of the Utah Data Center, we don't hold data on U.S. citizens."

When Your Data Is Currency, What Does Your Privacy Cost?

"We don't know ... most of what the NSA is doing," says Chris Soghoian, a policy analyst with the Speech, Privacy and Technology Project at the American Civil Liberties Union.

"There is almost certainly surveillance that they would like to do and have not been able to do because they didn't have the storage or computing resources to perform the searches." Soghoian adds. "And this will give them the ability to do more searches through more innocent people's information."

The estimated power of those computing resources in Utah is so massive it requires use of a little-known unit of storage space: the zettabyte. Cisco quantifies a zettabyte as the amount of data that would fill 250 billion DVDs.

The NSA's Utah Data Center will be able to handle and process five zettabytes of data, according to William Binney, a former NSA technical director turned whistleblower. Binney's calculation is an estimate. An NSA spokeswoman says the actual data capacity of the center is classified.

"They would have plenty of space with five zettabytes to store at least something on the order of 100 years worth of the worldwide communications, phones and emails and stuff like that," Binney asserts, "and then have plenty of space left over to do any kind of parallel processing to try to break codes."

NSA does provide some measure of the computing power at its new data farm in Utah. It requires 65 megawatts of power, enough for 65,000 homes. It also has its own power substation. In fact, Davis of the NSA says, the availability and relatively low cost of power put Utah at the top of the list for the center.

That much power generates so much heat that the computers will fry without 1.5 million gallons of cooling water a day.

The NSA has another top-secret intelligence center in Utah where analysts, including former Mormon missionaries with extensive foreign language skills, translate communications intercepted by the agency.

But the new center will not need analysts.

"When [an] analyst sits in front of their computer and does their work, they don't particularly care from whence the data came," Davis says. "As long as the data finds its way into the network, people who do the analytical work do not have to be geographically in the same place."

So the Utah center will employ about 100 technicians to keep the power and water flowing and the computers and other equipment humming. The NSA and the University of Utah have developed a certificate program to train data farm technicians.

The maintenance costs of the center are pegged at $20 million a year, according to Davis.

Despite its capacity, the Utah center does not satisfy NSA's data demands. Last month, the agency broke ground on its next data farm at its headquarters at Ft. Meade, Md. But that facility will be only two-thirds the size of the mega-complex in Utah.