Accessibility links
School's Out: 5 Great Summer Reads For Teens NPR Books is replete with readers of grown-up books, but editor Petra Mayer prefers a good YA novel any day. She picks five (well, really six) of her favorite summer YA reads, from first love in 1980s Omaha to far-future Brazil and beyond. 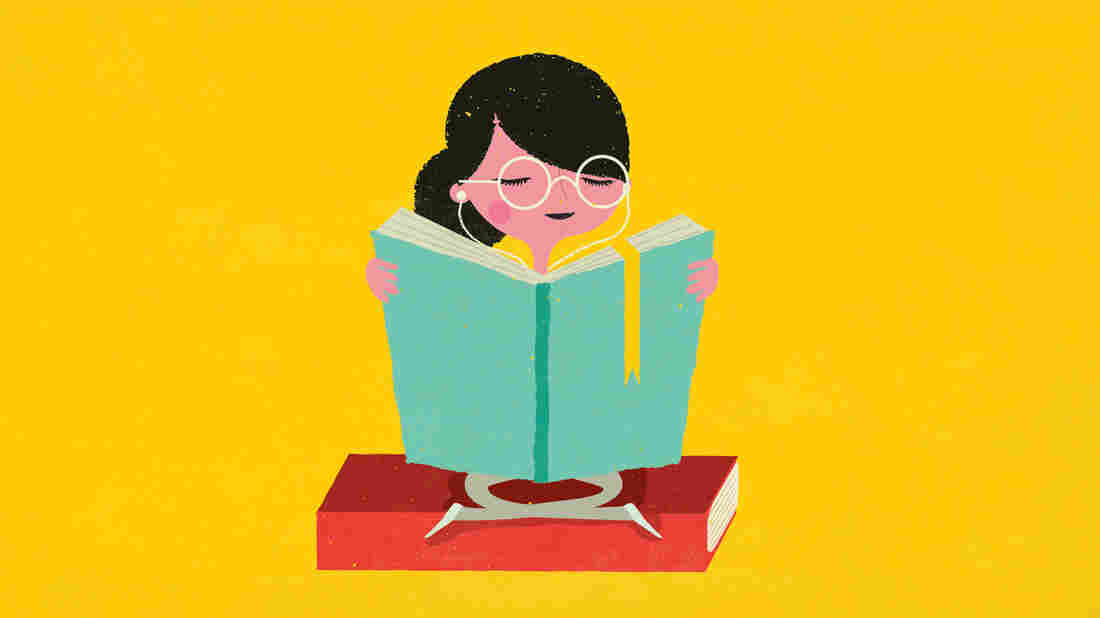 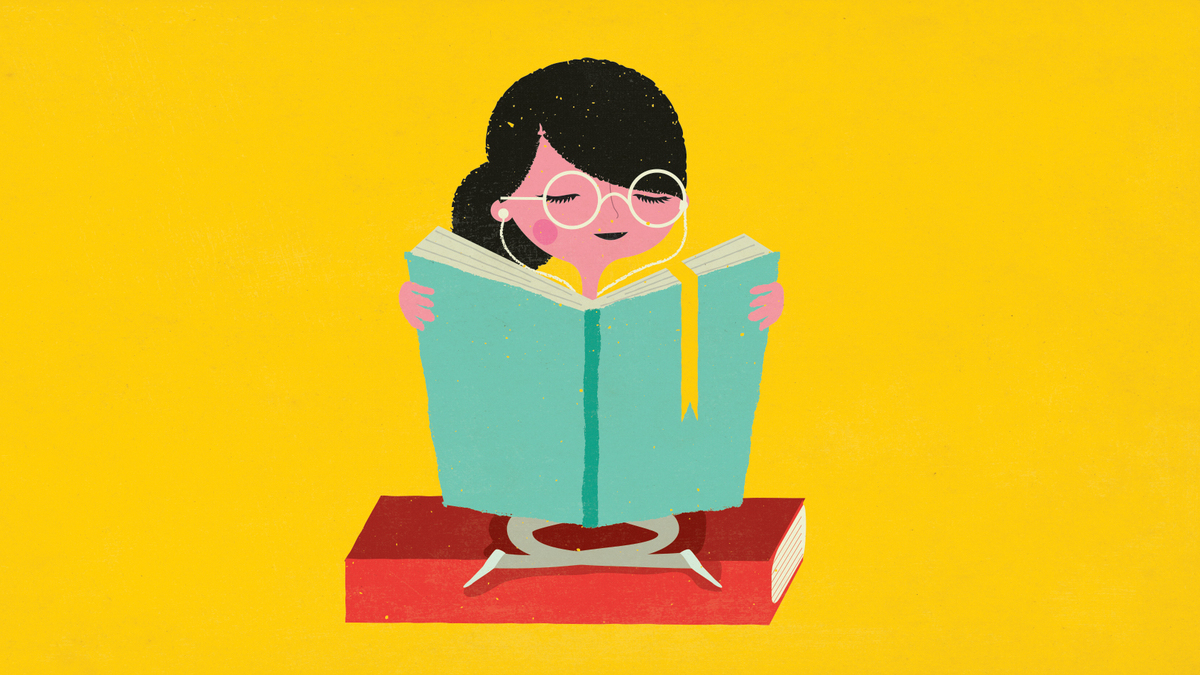 I'm surrounded here at NPR Books by people with sophisticated, grown-up tastes — happy to dive into the latest Claire Messud or Daniel Alarcon or James Salter. Meanwhile, give me — any day — a book about teenagers (and preferably dragons). A good YA novel is a polished gem of solid storytelling, but more than that, it draws us back in time to the teenagers we once were — or never were, or wanted desperately to be. Here are five (well, really six) books that capture the roller coaster of adolescent experience: that delicate thump in the gut when you realize that suddenly a friendship is more than a friendship. Or the rock-solid conviction that YOU are the chosen one, the heroine of your own drama (whether or not you want to be). Or just that all-over twitchy feeling, lying on the living-room couch and staring out the window, of longing for your real life to begin.

Open up The Summer Prince and you can practically smell the humid sea air and feel the thump of samba vibrating through the great pyramid-shaped city of Palmares Tres. Set in a far-future, post-nuclear-apocalypse Brazil, The Summer Prince follows June, the self-proclaimed "best artist in Palmares Tres" and relatively typical teenager, as she squabbles with her mother and works on cheeky performance-art stunts with her best friend, Gil. But Gil falls for Enki, who has just been crowned the city's latest Summer King; Enki will be a ceremonial ruler for one summer and then die on a sacrificial altar, choosing the next queen in his death throes. June and her companions must learn to navigate the treacherous waters of love and politics while preparing to pull off the biggest work of art the city has ever seen (and possibly shaking up the ossified ruling class into the bargain). The Summer Prince is a vivid and refreshing take on the dystopian love-triangle trope that's been ruling YA.

OK, we all love John Hughes (don't try to deny it), but even die-hard Ducky fans like me have to admit that Hughes movies are populated with cardboard cutouts, traced in nuance-free black and white. Rainbow Rowell's latest novel takes some familiar elements and pops them into glorious 3-D. Eleanor and Park meet on the school bus — she's a defiantly weird poor girl (a redhead, no less!) from a broken family, he's a solidly middle-class son of a veteran and his Korean wife (no Long Duk Dong here). They bond over X-Men comics and punk mix tapes — exotic tastes in Omaha in 1986. But the course of true love does not run smoothly: Eleanor must hide her budding relationship from her abusive stepfather, while Park's more conventional parents don't know how to relate to his awkward misfit of a girlfriend. Rowell nails the voices of her teen protagonists — her writing swings from profane to profound, but it's always real and always raw. The buzz this year is all about the rise of "realistic" YA fiction; if that means more books as good as Eleanor & Park, I'll gladly set aside the dystopias for a while

Drama is a lovely, gentle meditation on life, love and drama, both personal and theatrical, that will worm its way into the heart of any theater geek (or former theater geek). Seventh-grader Callie loves Broadway musicals with a passion, but she can't sing — so she devotes herself to running tech for her middle-school musicals (and, in particular, figuring out how to make a fantastically explosive prop cannon on a tiny budget). Callie also loves eighth-grader Greg, who kisses her but then gives her the cold shoulder. Luckily, musically talented twins Jesse and Justin are there to console her with bubble tea and visits to the specialty theatrical bookstore. Drama earns extra credit for its matter-of-fact treatment of gay characters (I don't think I'm spoiling anything by telling you that Justin is not interested in being the next man of Callie's dreams). Telgemeier's art is simple but animated, and delightfully expressive — you'll find yourself smiling involuntarily at Callie's grimaces and cheers — and, if you're me, slightly green with envy about the fact that Callie's parents don't seem to mind her dyed-purple hair.

The Universe Versus Alex Woods

Don't be fooled by the quirky, cheery cover — The Universe Versus Alex Woods will put you through the wringer. But oh, what a wringer! Teenage British science nerd Alex (his mother calls him Lex, and yes, he is bald) was hit by a meteorite as a kid; it punched through the bathroom ceiling and whacked him in the head, leaving him with severe epilepsy. A media sensation after his accident — and mostly housebound, due to the seizures — Alex is a misfit in every possible way. As the book opens, he's been nabbed by the authorities while returning from a road trip to Switzerland, with the ashes of his friend Mr. Peterson on the passenger seat and classical music blasting on the stereo. Mr. Peterson is — or was — a curmudgeonly American Vietnam vet who grows his own pot and idolizes Kurt Vonnegut; he and Alex form a tentative bond (and a Vonnegut book club) after Alex, fleeing a pair of school bullies, crashes into Mr. Peterson's garden shed. But when Mr. Peterson is diagnosed with a degenerative disease, Alex agonizes about the best way to help his friend. The conclusion is every bit as improbable as getting smacked by a meteor — but you'll still be sad to say goodbye.

OK, so realistic YA is supposed to be the next big thing, but I had to include one more dystopia. Rick Yancey's The 5th Wave is a hard-boiled, cinematic tale of a world under siege from an implacable alien power that wants nothing more than to obliterate humanity in order to colonize Earth. So, yeah, that political/historical parallel is a touch heavy-handed, but if you can get around that, you'll find yourself sucked into the story of Cassie, on the run through a devastated world with little more than an M-16 she's not that experienced at using. Cassie's searching for her little brother Sammy, who's been taken away, supposedly to safety, by a group of soldiers who may not be what they seem. Meanwhile, her high school crush Ben is recruited into a platoon of child soldiers being trained to wipe out alien-controlled humans. And then there's mystery woodsman Evan, who lives in an isolated cabin and seems to have survived the successive waves of attack suspiciously unscathed. The 5th Wave mashes up Invasion of the Body Snatchers, Ender's Game and Independence Day into a grim and riveting read — no wonder it's already been optioned for a movie.

And one last little treat: I sang the praises of Jasper Fforde's YA debut, The Last Dragonslayer, when it came out last fall, but it's worth revisiting the saga of reluctant slayer Jennifer Strange and her sidekick, the Quarkbeast. The magic is draining out of Strange's world, causing no end of trouble for the ragtag band of wizards and witches she handles at Kazam Mystical Arts Management. Fforde brings the mundane and the absurd in equal measure as Jennifer battles greedy land speculators and a vapid king in order to carry out the wishes of Maltcassion, the last remaining dragon, and return magic to the land.