Accessibility links
'20 Feet From' The Spotlight, There's Singing Worthy Of One A new documentary directed by Morgan Neville profiles backup singers whose voices you know but whose names you probably don't: Lisa Fischer, Darlene Love, Judith Hill and Merry Clayton. 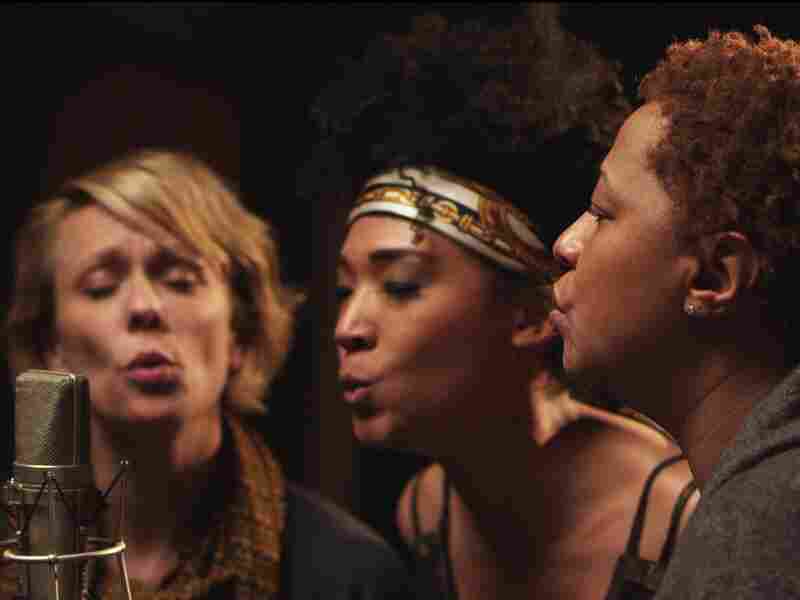 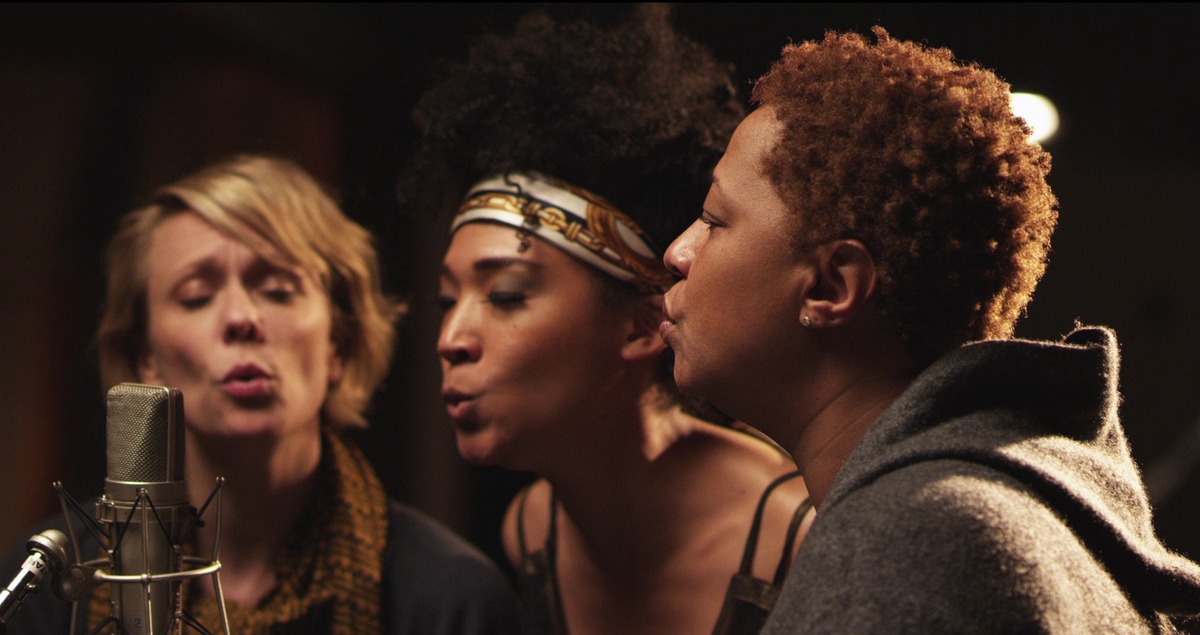 Jo Lawry, Judith Hill and Lisa Fischer are three of the backup singers profiled in the new documentary 20 Feet From Stardom.

The documentary 20 Feet From Stardom, which explores the world of rock 'n' roll's backup singers, opens to the soundtrack of Lou Reed's "Walk on the Wild Side." Reed sings half the refrain — "And the colored girls go, doo do doo do doo" — until a chorus of backup singers pick up the "Do doo" line. At first these women sound far away, but as the chorus progresses, their voices get louder, less produced and polished, more real and intimate.

Director Morgan Neville tells Fresh Air's Terry Gross that he opened with the song because "that's kind of the iconic vision we all have of the backup singers — these three African-American women in the black dresses on the side of the stage, belting it out."

The film chronicles the experience of bringing black voices into different kinds of rock and pop — a revolution that merged church music with rock 'n' roll and changed the sound of the latter forever. To tell that story, the film profiles a number of women whose voices you know but whose names you may not: Lisa Fischer, Darlene Love, Judith Hill, Tata Vega and Merry Clayton.

It's Clayton who sang "Rape, murder" on the Rolling Stones song "Gimme Shelter" as if her life depended on it. In some ways, it did.

That's no exaggeration. Clayton sang with Ray Charles as one of his Raelettes, as well as with Neil Young, Carole King, Elvis, and The Supremes, to list just a few of her credits. 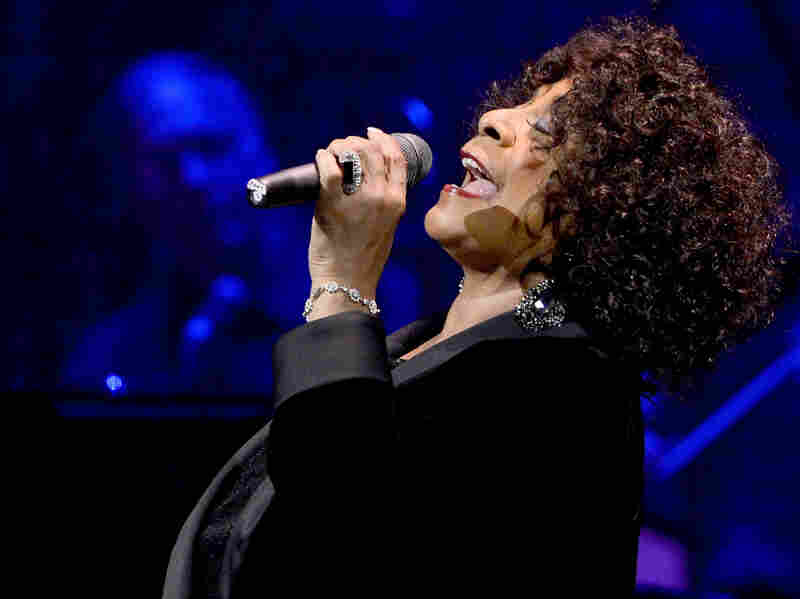 Singer Merry Clayton performs in Hollywood during a celebration of Carole King and her music. Michael Buckner/Getty Images hide caption 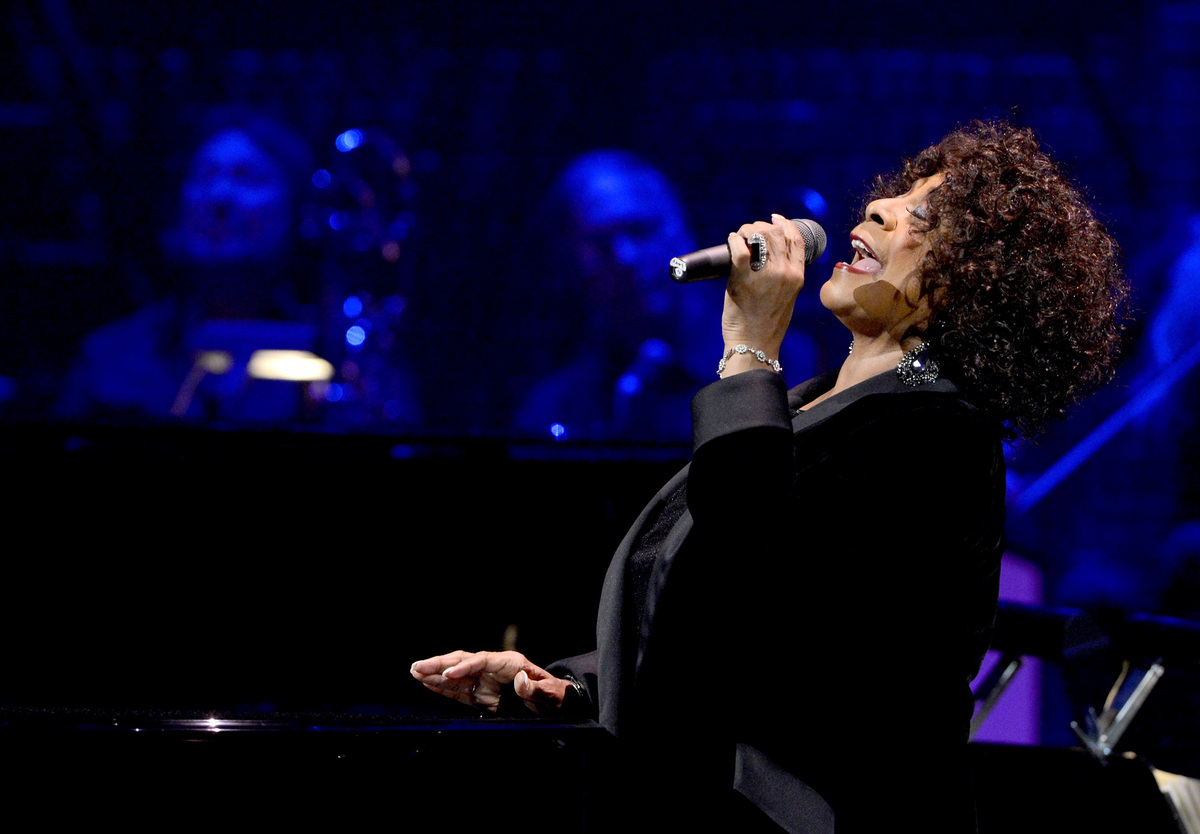 Singer Merry Clayton performs in Hollywood during a celebration of Carole King and her music.

"The guys come out and stand next to me and say, 'It's just a shot away,' as I'm saying, 'Rape, murder.' I mean it was a sight to behold, and we got through it, and then they went in the booth to listen, and I saw them hooting and hollering while I was singing, but I didn't know what they were hooting and hollering about. And when I got back in the booth and listened, I said, 'Ooo, that's really nice.'

"Everybody that was anybody would come and hang in my dad's church, because my dad was a singer also. My dad sung and played piano, but he was also a man of God. He was a minister. So when Sam Cooke would come in town with the Soul Stirrers — at that time he was singing gospel — [and] they would end up at my dad's church. There would always be a guest singer for Sunday morning. ... Or Lou Rawls would come in town, and he would come to dad's church, and he would sing. Or Della Reese would come in town — who's my godmother. ... And many mornings I would find myself sitting on a pew with Mahalia Jackson. I would lean over on Mahalia Jackson to go to sleep on her arm, and I'd put my feet up on Linda Hopkins. ... Everything that Mahalia Jackson would sing, I would just look at her in awe and just mimic everything. ... And then they started calling me 'Little Haley' when I was about 6 or 7 years old."

Darlene Love: A Prominent Star, Born In The Background

Morgan Neville on the best part of being a background singer

"The Waters are kind of a legendary family of backup singers that have sung on everything for 50 years, and they said, 'Look, we're not stars, but we've sung behind people who have [had] a hit, and they have a three-year career or a five-year career and they disappear. And we have nice houses; we've raised families, and we've been doing this for 50 years, and we're getting paid to do what we love. And I think if you're of that mentality, that's a pretty great thing.

"And something else that so many backup singers talk about is 'the blend.' ... It's kind of the Holy Grail of backup singing. I mean, it's this moment, it's almost like a natural high, where you come together with other voices and you lose yourself completely, and a new voice emerges from all these individual voices."

Neville on whether backup singers are better than lead singers

"Almost always. ... I mean, think about it: To be a backup singer you have to walk into any situation and just be perfect from the first take to the 50th take, and lead singers don't have to do that. They can screw up. So backup singers are incredibly good, which is something I honestly didn't know going into it. I thought, 'Maybe they're maybe not quite as good as a lead singer, which is why they ended up in the backup world,' which is the exact opposite of the truth, because they are always better. ... Unless you're singing with Aretha or something, you're pretty much better than the lead singer."

"It means everything to me, because it's about my people. [The lyric is] 'Lift every voice and sing, till earth and heaven rings, ring with the harmony of liberty, let our rejoicings rise high as the listening skies, let it resound loud as the roaring sea.' I mean, you know, that's Dr. King. That's my father. That's my mother. ... That's the voice of a people to me, and it was my honor to sing that for ... that film."