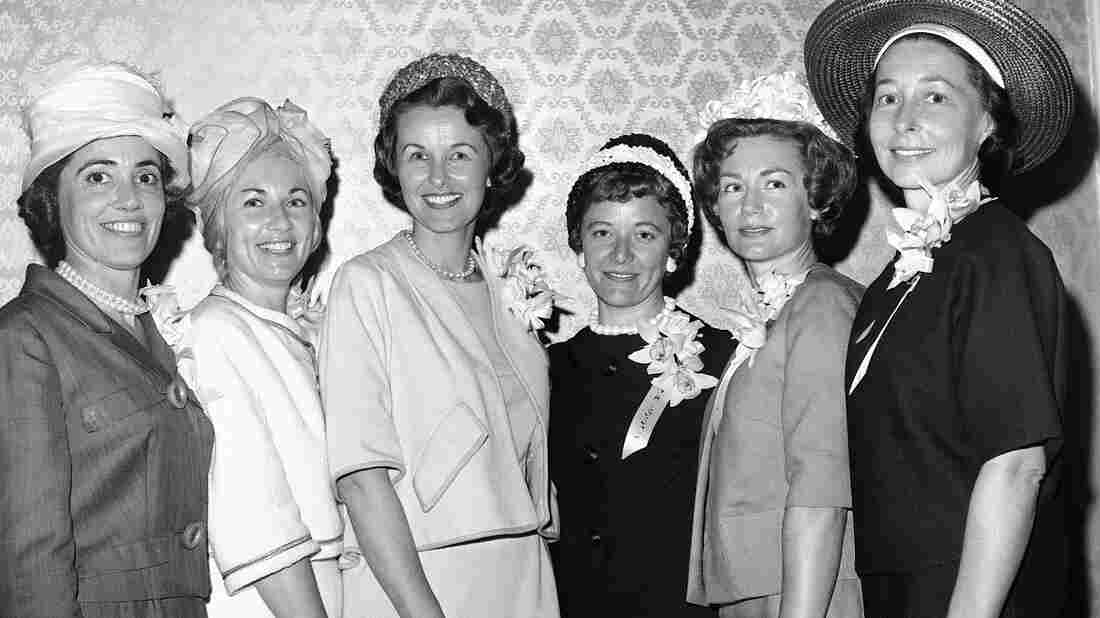 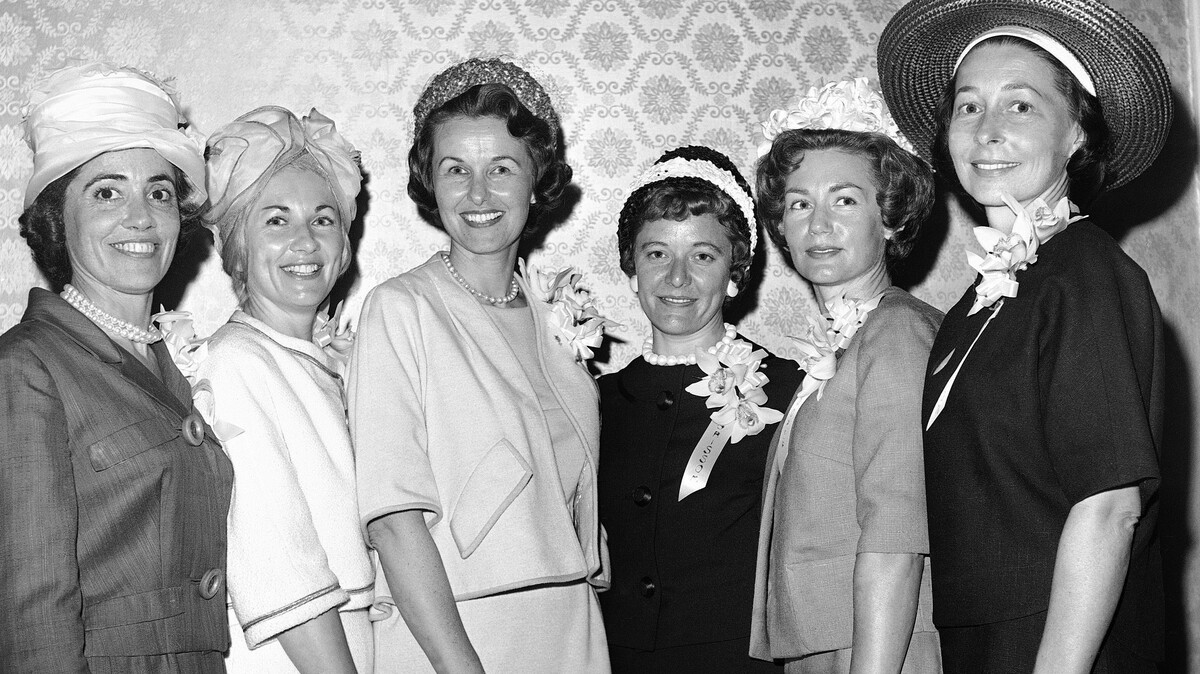 In the late 1950s, after the Soviet Union successfully put their satellite, Sputnik 1, into orbit, American fears over the Communist threat reached a new height. The U.S. was trailing badly in a competition that would come to define the next decade – the race to space. 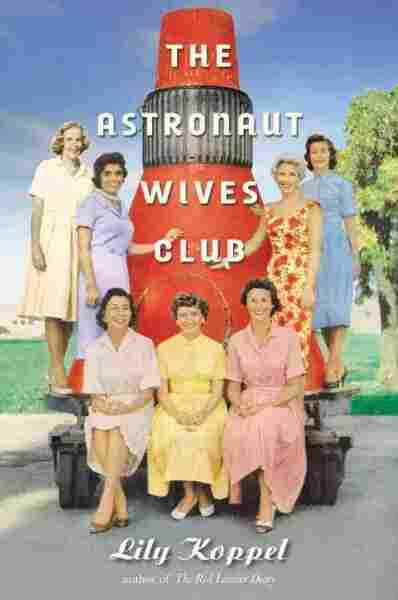 So on April 9, 1959, the U.S. kicked off its own space age by introducing the country to its first astronauts, known as the Mercury Seven. Their story is well known, but the story of their wives is often overlooked.

In The Astronaut Wives Club, author Lily Koppel looks at how these women coped with the anxiety and attention that came with being married to one of the Mercury Seven.

"I really see them as America's first reality stars," Koppel tells NPR's Renee Montagne. "These women who were unknown military wives in the background, married to test pilots, obviously had to be pretty brave to even be married to a man with that kind of high-risk job. But all of a sudden, America's looking to them as model housewives, and they're going to have a role throughout the space race of presenting the perfect American family to the rest of the world."

On the image on the book's cover

"This particular picture was the wives' first Life magazine cover shot, and you see these different characters emerge: Rene Carpenter, who is platinum blonde and quite glamorous; Annie Glenn, who is married to John, had a stutter so she preferred not to say too much; Betty Grissom was from Indiana and all the other wives saw her as less sophisticated.

"But it's a quite humorous situation because Life magazine asked all of the wives to wear pastel shirtwaist dresses. Of course, all of the wives show up in the prescribed dress except for Rene Carpenter who shows up in this ... it's a bit of a cocktail number and it's splashed with these big pink and red roses and the other wives thought it was pretty bold. She wowed them and I think really made the photo."

On the importance of presenting a perfect marriage

"One of the early prerequisites was 'no solid marriage, no space flight.' Rene Carpenter told me, 'We were entertaining machines, eyes glued on our husbands' careers.' Betty Grissom, she worked like hell to put Gus [Grissom] through engineering school, so much that he later looked back and he told her, 'You know, you're really the astronaut in this family.'" 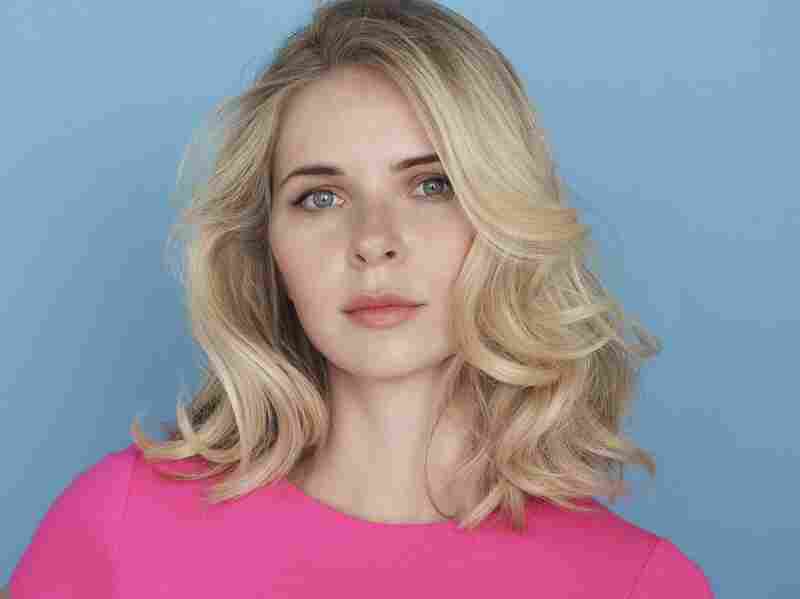 Lily Koppel writes for The New York Times and is also the author of The Red Leather Diary: Reclaiming a Life Through the Pages of a Lost Journal. Mark Seliger/Courtesy Mark Seliger hide caption 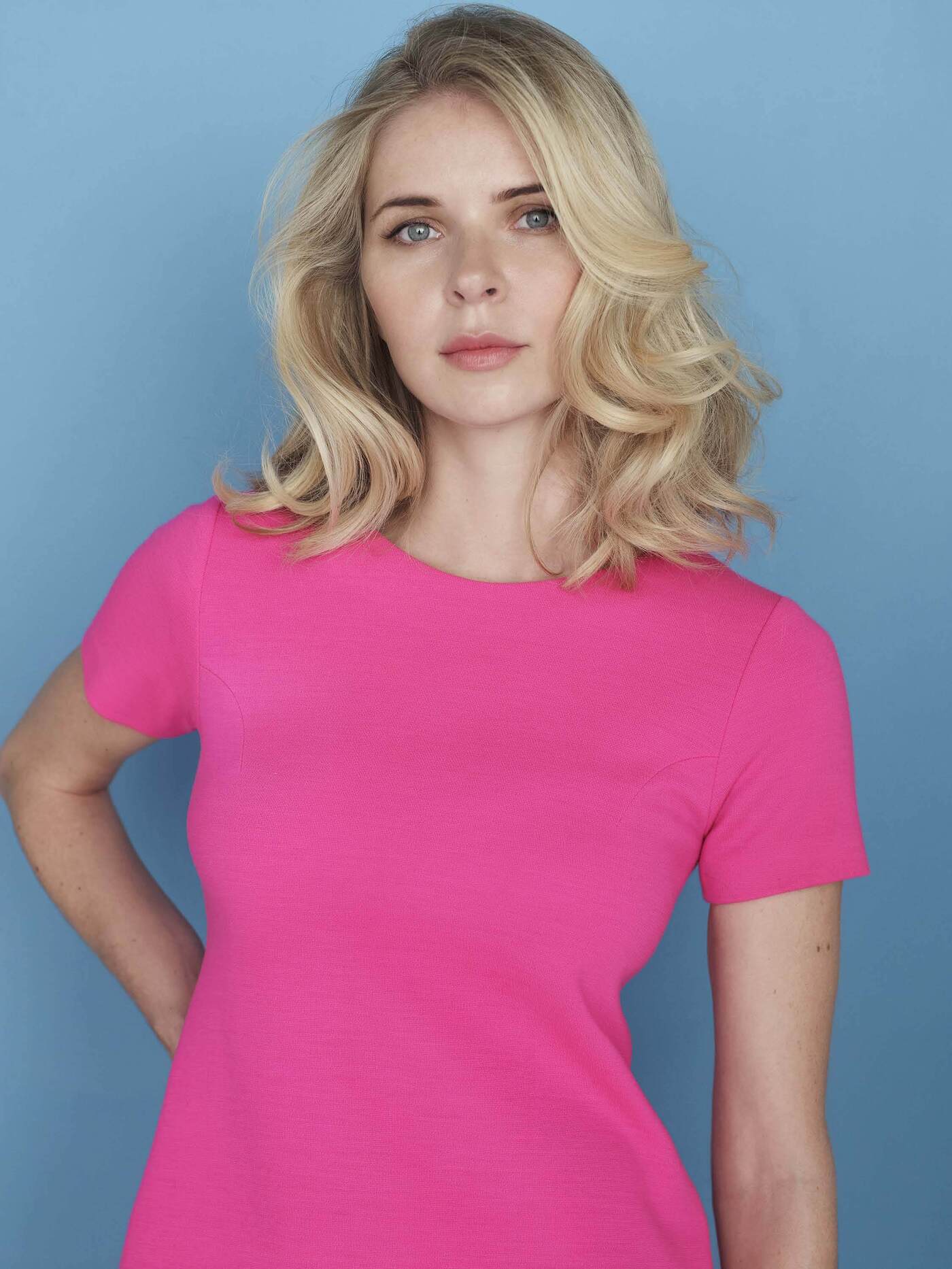 Lily Koppel writes for The New York Times and is also the author of The Red Leather Diary: Reclaiming a Life Through the Pages of a Lost Journal.

"During the week they're down at Cape Canaveral in Florida and they're training, but they're also unwinding, and they're followed by astronaut groupies, this new breed which were referred to as 'Cape Cookies' — young, pretty, tanned girls who want nothing more than to meet one of America's new astronauts."

"All of the original seven wives had all seen an early test firing where the rocket blew up in front of their eyes and from the beginning they sort of developed this gallows humor. But launch day was the true test and that really came to define what this strange new role of being one of America's astronaut wives was."

"Betty is a completely original American character and someone who has a lot of heart. She's in her late 80s [and] she remembers with such clarity these moments that passed between her and Gus. He never liked Betty wearing black — he thought it was morbid — and he told her once, 'If I die, I want you to have a party.' And she just looked at him and she said, 'OK, we'll have a party.'

"... [The Apollo 1 fire is] one of the first NASA tragedies. Three men [Gus Grissom, Roger Chaffee and Edward White] were caught inside the Apollo 1 capsule which burst into flames. They all died on the ground during this preflight test."

Out Of This World: Designs Of The Space Age

On how the wives' camaraderie endured, despite the competition between their husbands

"These women were a tight band of sisters, and it really went back to the idea that they were thrust into this new role and that their husbands were incredibly competitive. And they basically turned to each other from day one and they said, 'If there's any way that we're going to survive in this sort of cutthroat NASA world, we're going to have to exist above the competition and really band together.' And the women, in fact, they've maintained stronger bonds than the astronauts themselves."

Read an excerpt of The Astronaut Wives Club