Accessibility links
India.Arie Returns, With An Eye Toward A New 'SongVersation' In 2009, the singer-songwriter says she asked herself the question, "Who am I?" The answer led her to make plans to retire. Four years later, she's re-emerged with a new album called SongVersation, as well as a new sense of who she is as an artist. 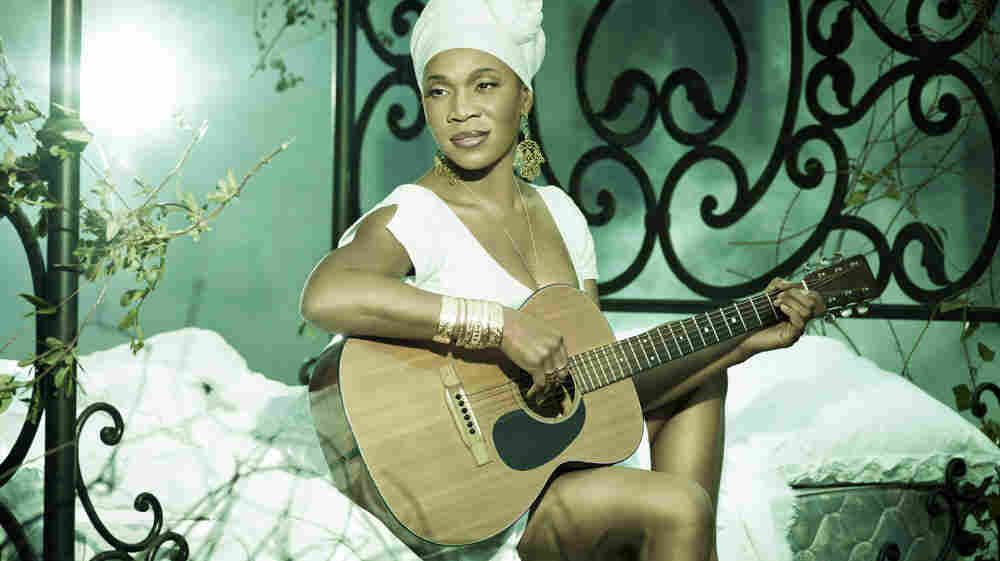 India.Arie reinvents herself on her new album, SongVersation. Courtesy of the artist hide caption 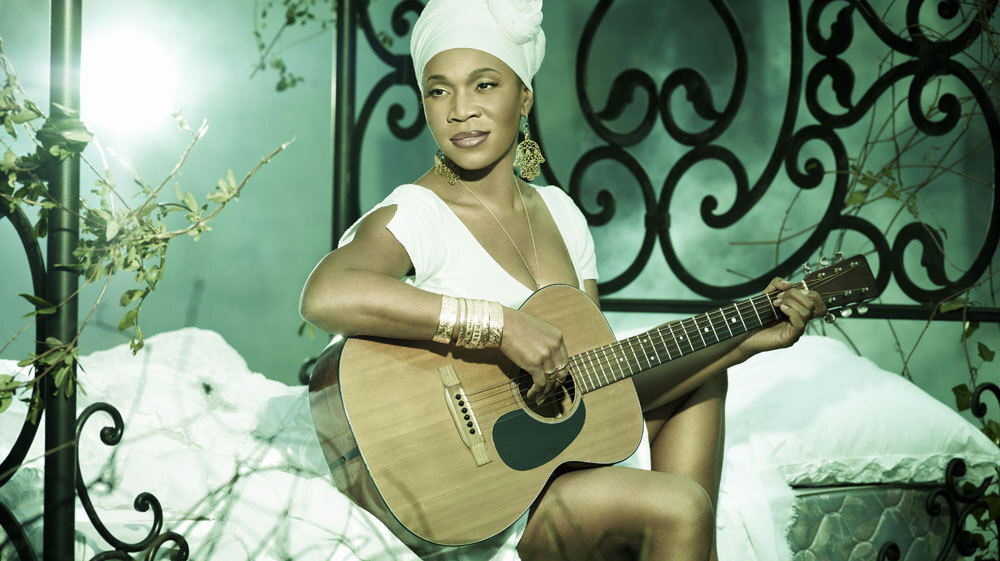 India.Arie reinvents herself on her new album, SongVersation.

When singer-songwriter India.Arie broke through in 2001, her debut album Acoustic Soul went double platinum, and her music and influence continued to gain momentum in the years that followed. Since her debut, she's been nominated for 21 Grammys — and won four — while selling 10 million albums worldwide.

In 2009, feeling boxed in by the expectations of the music industry, she says she confronted herself by asking, "Who am I?" To figure out the answer, she embarked on a self-imposed hiatus. Four years later, she's returned with a new album called SongVersation, as well as a new sense of who she is as an artist.

"I've never said anything that I didn't want to say on a record, ever," she tells NPR's Neal Conan. "There are some things that I've wanted to say on records that I wanted to say, and a lot of that — kind of all of that — is on SongVersation."

Here, India.Arie speaks with Conan about the tension between the act and artist — and performs songs from the new album.

On deciding to take a hiatus

"I realized it long before I did it. It was at the end of 2006; I had a breakdown in the dressing room. I just lost it, and I don't remember everything that happened, really. ... I rested for a couple days.

On the production of previous albums

"I always stand behind the subject matter of the songs, because really, the subject matter is my mission, and the music is my passion. So, the production, the music around my songs, was not my taste. In hindsight, I feel like I made the right decision to choose production that would get played on black radio ... Commercially, the label decided to market me to a black audience, solely. So I needed to have production that would get me played on black radio, but the production of those records is not what made my heart soar. It didn't make me wanna ... When I got onstage, it didn't give me chills. But the subject matter, the songs and the lyrics and the things I sang about, is all me."

"I feel like the popular culture of young people — I don't know if they think that way. And I don't know what comes first, the chicken or the egg? If it's because this is popular culture so young kids think that way, or if it's because it's what their generation is doing and so the music reflects it ... It might be the music leading the culture, because then people emulate what they see on TV, and they wanna look like their favorite artist.

"But it's a shame, too, because the other aspect is, just commercially what makes money ... all the big companies are followers. They're followers, so whatever is the hot thing, they want a thing like that, so it ends up being a self-multiplying thing. ...

"In my opinion, you just have to make the music. Make the music and work as hard as you can to get it out there. ... I make much more gentle music. I'm kind of like a folk singer mixed with soul, but I feel like if you really are a lover of hip-hop music, make the beat banging as possible and then put the message in so that people get the honey with the medicine."