Accessibility links
Tough New Gun Laws Drive Gun Makers To Move Six months after the school shootings at Sandy Hook Elementary School, Connecticut is one of a handful of states that have passed tough new gun laws. Firearms manufacturers in at least two of those states are planning to move their operations elsewhere. 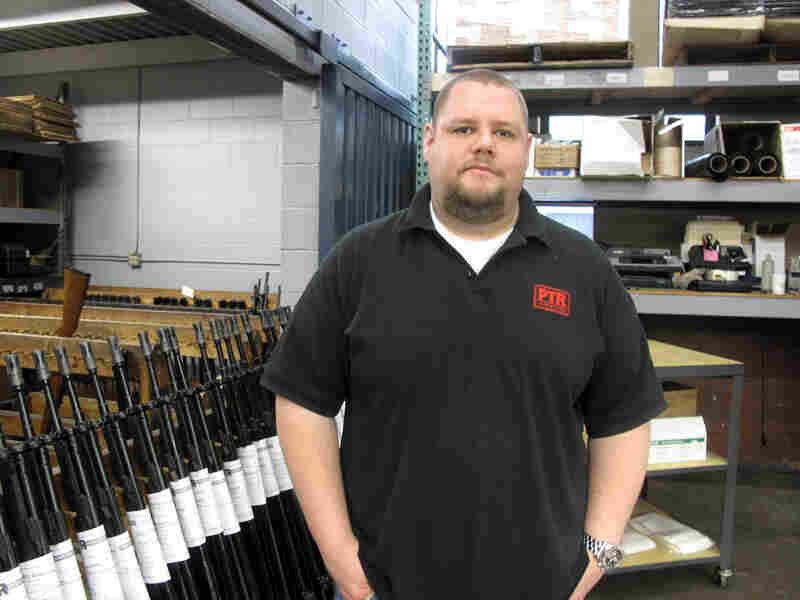 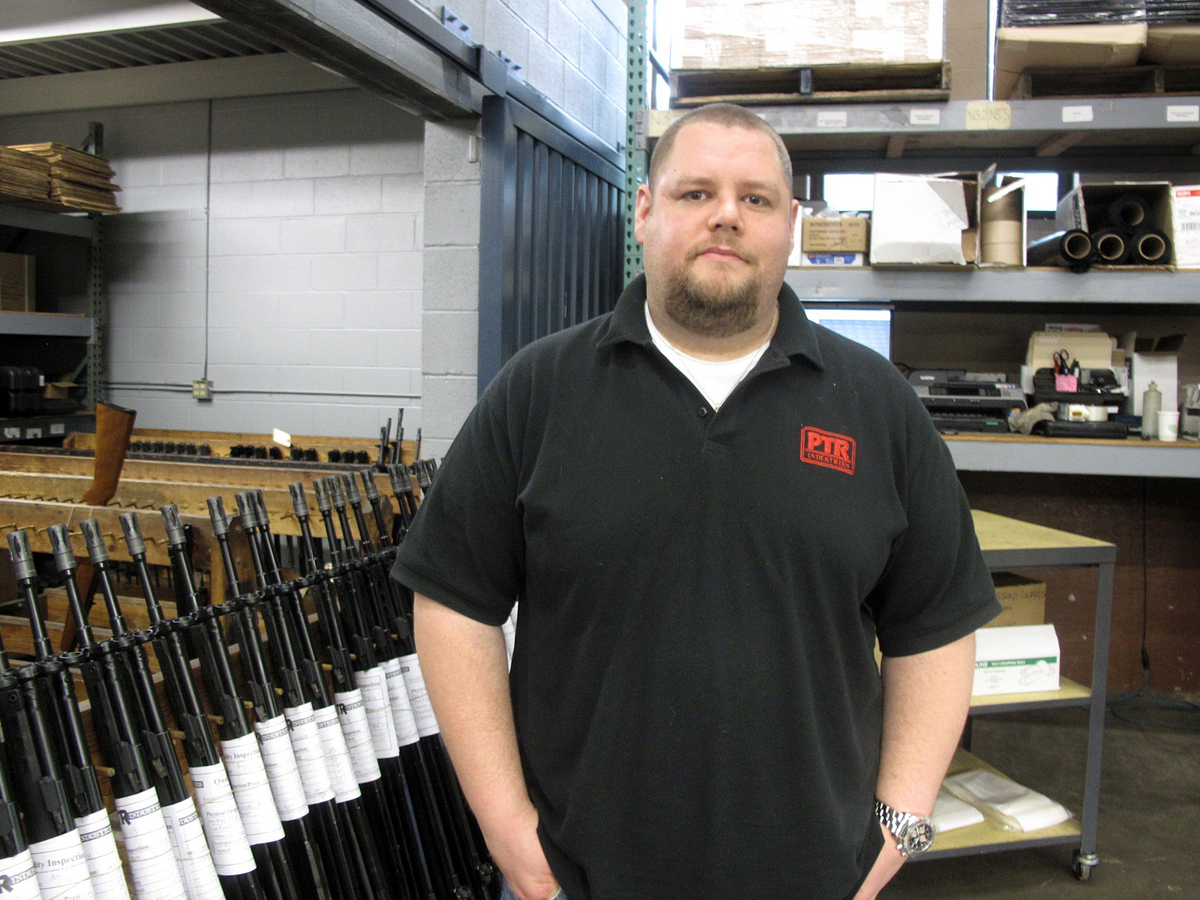 "To have this many states have so many changes in one year is absolutely unprecedented," says Robyn Thomas of the Law Center to Prevent Gun Violence. She says gun control advocates are now targeting states they weren't even thinking about before. "So if we look at states like Washington and Oregon and Virginia and even Nevada, there are opportunities there that we weren't able to fully realize this year because this is still sort of a new reality."

But this "new reality" — if that's what it is — does not sit well with the firearms industry. In Colorado, firearms maker Magpul Industries announced it's leaving the state in response to a law that bans high-capacity magazines. Gun maker Beretta threatened to leave Maryland. Beretta now says it will stay put but add jobs only in other states. In Connecticut, at least one rifle maker is planning to move because of a broad new ban on assault weapons that was signed in April.

"You know, I knew that day — once I finished reading this bill, I knew if it passed and became the law of the land, we really wouldn't have a choice but to move," says Josh Fiorini, CEO of PTR Industries, a company that builds high-end semi-automatic rifles at a factory in Bristol, Conn.

The new state law makes it illegal to buy PTR's products in Connecticut. And Fiorini says vague language in the law makes it unclear whether his 40 employees are in violation when they assemble and transport the weapons.

"These are good jobs. Those are skilled tradesmen. Whether they're the welders, the machine operators, machine programmers, toolmakers, these are the kind of manufacturing jobs that used to be the backbone of the northeast economy," he says, "and the rest of the country is saying 'Hey, if you don't want 'em, we'll take 'em.' "

Fiorini won't say where the company is moving. Texas is rumored to be the front-runner. But he says he's gotten offers from dozens of different states. And firearms makers say they're getting pressure from their customers, too.

"It is very much a concern — if they don't leave the state that consumers and Second Amendment advocates will boycott their product," says Lawrence Keane of the National Shooting Sports Foundation, an industry trade association based in Newtown, Conn. He says the state's new gun law is misguided because it will only affect law-abiding gun owners.

"It will do nothing to reduce crime. It will just simply cause a reduction in sales, cause these companies to have to let employees go," Keane says.

But gun control advocates say there's proof that tougher gun laws — like the assault weapons ban that has long been on the books in California — do help reduce gun-related deaths. Thomas of the Law Center to Prevent Gun Violence says it's unfortunate that Connecticut may lose jobs because of its new laws. But she says that should not be the main concern of state officials.

"I would even call it a distraction to the real issue here, which is whether or not these laws are effective and save lives. And if that's the case, then 50 jobs moving from Connecticut to Texas is really just a side issue," Thomas says.

The final economic cost of the new state gun laws may not be clear for a while. The governors of Texas and South Dakota will be in Connecticut next week to pitch gun makers on their states in person.