Accessibility links
Pope's Reference To 'Gay Lobby' Broaches Taboo Topic Pope Francis has surprised many with his candor in the early days of his papacy. In recent remarks, he reportedly acknowledged a so-called gay lobby in the Vatican. The pope's words are being interpreted as part of a broader effort to re-examine the way the Vatican is run. 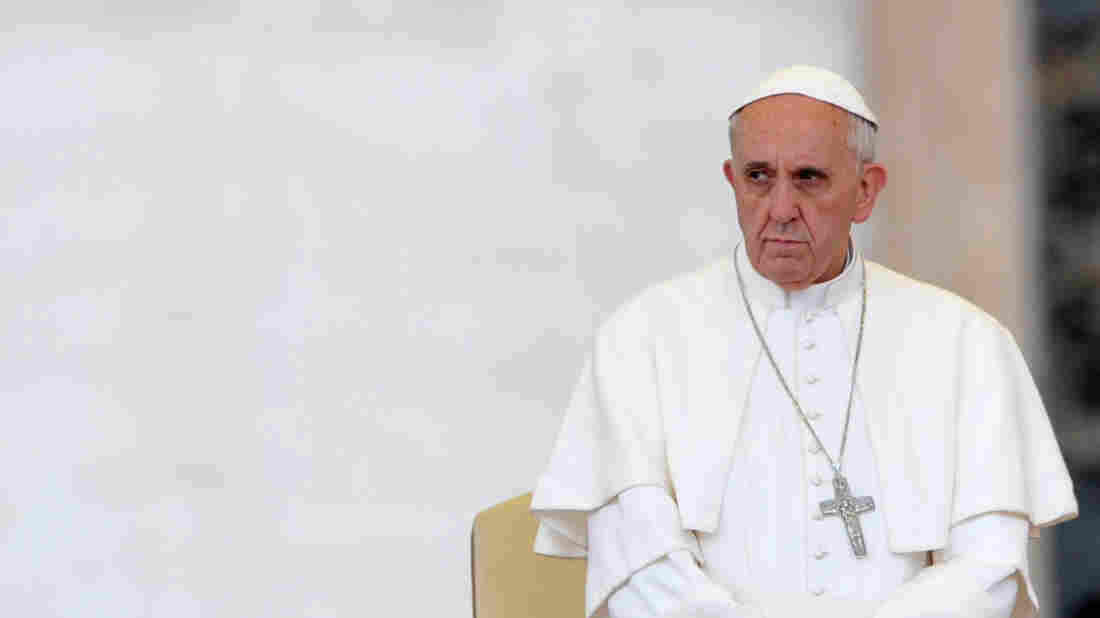 Pope Francis leads rosary concluding Marian month of May on May 31, at St. Peter's square at the Vatican. Tiziana Fabi/AFP/Getty Images hide caption 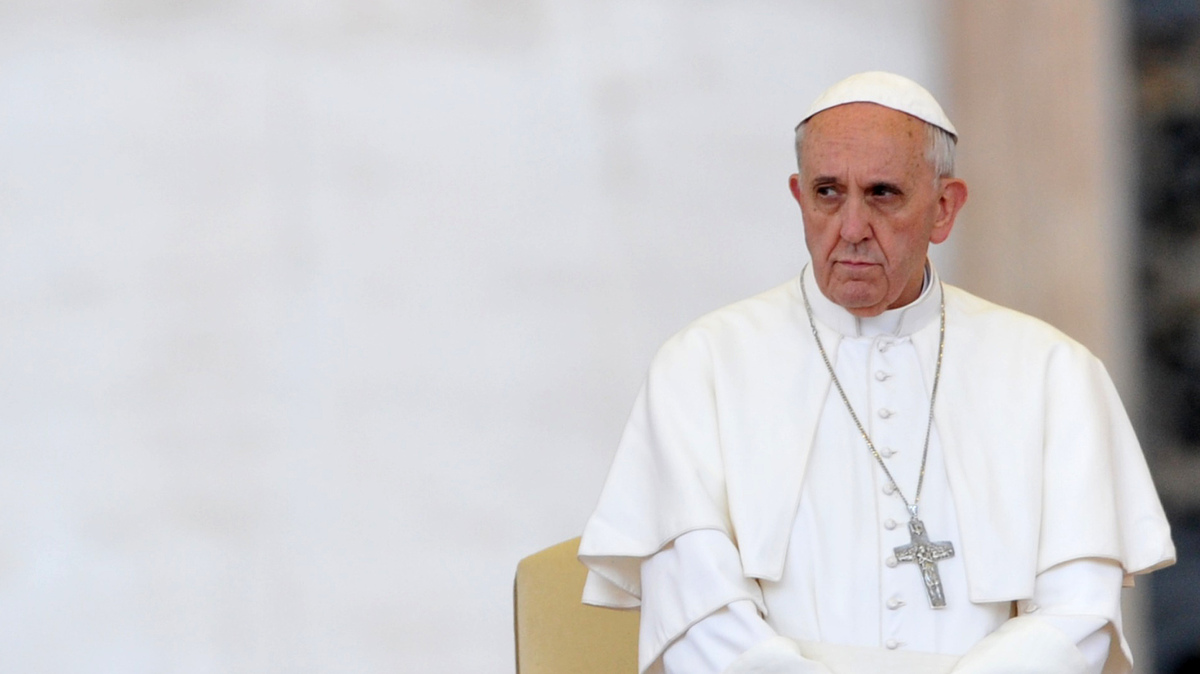 Pope Francis leads rosary concluding Marian month of May on May 31, at St. Peter's square at the Vatican.

The Roman Catholic Church teaches that homosexual acts are a grave sin. But the existence of active gay prelates in the Vatican bureaucracy known as the Roman Curia has been considered a poorly held secret for centuries.

Robert Mickens, Vatican correspondent for the British Catholic weekly The Tablet, says the normal definition of a lobby as an organized group of people pushing a specific agenda does not apply here.

He prefers to call it a gay subculture.

"Many of these people in the Vatican that are gay and even acting out are extremely conservative," Mickens says. "These are not people that want to change the church's teaching on homosexuality — not at all."

Representatives of the Latin American and Caribbean Confederation of Religious Men and Women had a question-and-answer session last week with Pope Francis. 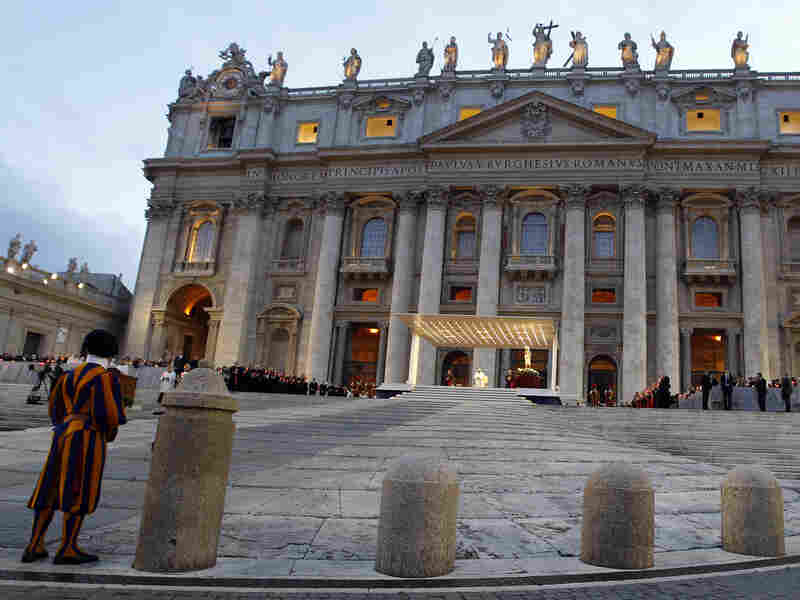 Francis has already made big changes from previous popes, appointing a commission of eight cardinals to help him govern and reform the church. Giampiero Sposito/Reuters/Landov hide caption 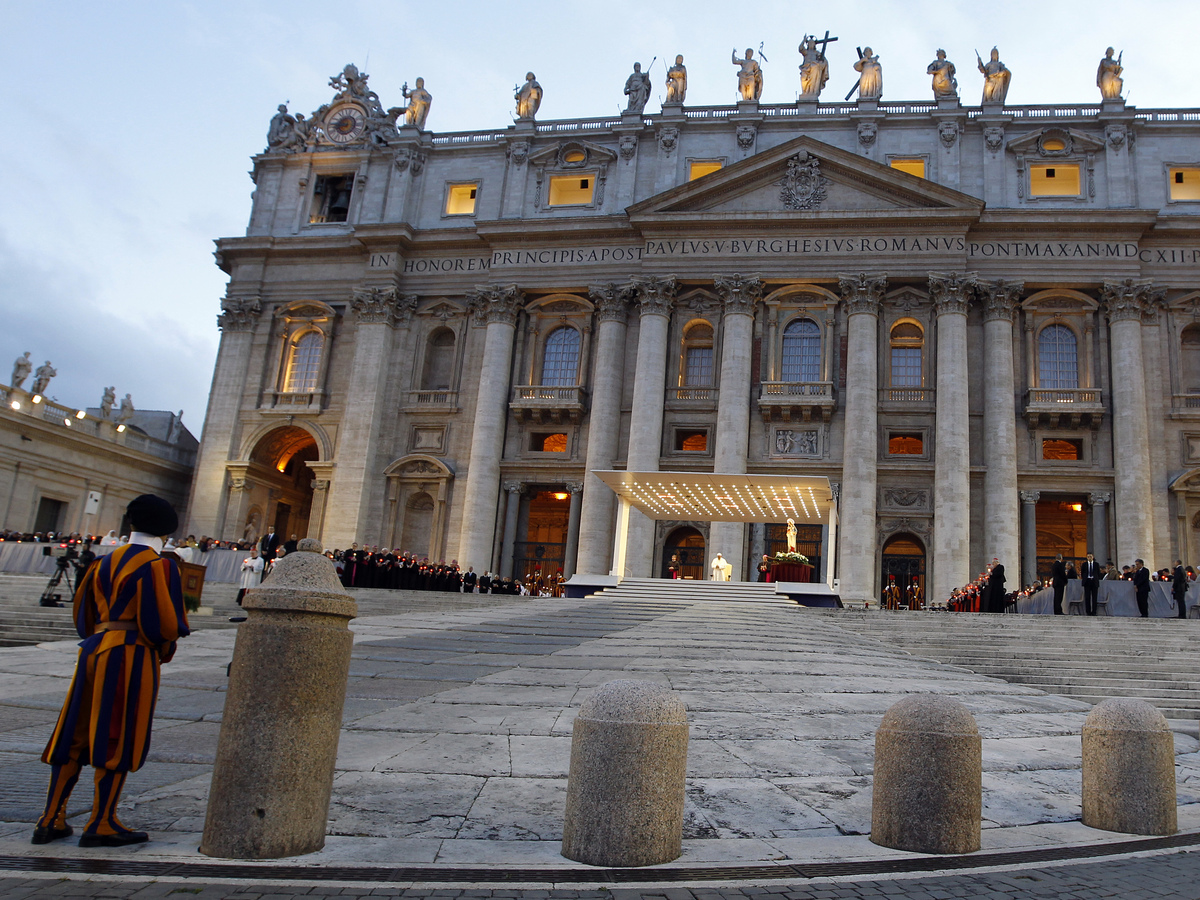 Francis has already made big changes from previous popes, appointing a commission of eight cardinals to help him govern and reform the church.

In their summary of his remarks, the pope said that in the Curia, "there are holy people, but there is also a stream of corruption ... the gay lobby is mentioned, and it is true, it is there. We need to see what we can do."

The Vatican spokesman, Father Federico Lombardi, says he has no comment since the audience was private.

The remarks appear to confirm unsourced media reports four months ago of a powerful gay lobby in the Vatican jockeying for power and influence. The Vatican had denounced those reports as defamatory, unverified and completely false.

But inside the Vatican, "the big game is blackmail. It's a mutual recrimination system — that's what is really twisted about the whole thing," says Mickens. " 'I know he is doing this'; 'He knows I'm doing that'; checkmate. And that is how the game works. It is a bad, bad system."

As soon as Francis became pope, he was given a secret report commissioned by his predecessor Benedict XVI about the leaks and scandals that had plagued his papacy.

Reform of the Roman Curia was a rallying cry of pre-conclave discussions among cardinals before electing the new pontiff. And before he became pope, then-Cardinal Jorge Bergoglio himself said the new pope's major task will be cleaning up the church administration.

The scandal-tainted Vatican bank is another big issue the pope is tackling, Politi says.

"There was money laundering through the Vatican bank, money of the mafia," he says. "[At] the same time in the '90s, there were big amounts of money for bribes for Italian political parties."

In his remarks to the Latin American religious, the pope admitted that he can't carry out these major reforms by himself.

Opposition Within The Curia

Grumbling is beginning to be heard in conservative circles about the pope's emphasis on the poor and the need for the church to shed its image of wealth and be humble.

The conservative Catholic commentator Vittorio Messori, who was close to Pope Benedict, told the daily Il Fatto that the whole idea of a poor church is a historical lie.

Messori said Jesus was not poor and even dressed well.

Ezio Mauro, editor in chief of the daily La Repubblica, says that by speaking openly of the big issues afflicting the church, the pope is trying to counteract mounting opposition within the Curia itself.

"The pope is keenly aware this power structure has entrenched itself underneath the legitimate government of the church," Mauro says. "He is probably isolated, but he intends to change things."

Francis has already made big changes from previous popes: He has appointed a commission of eight cardinals from all over the world to help him govern and reform the church.

And he has decided not to live in the papal apartments, preferring to stay in the Santa Marta residence on Vatican grounds.

There, he has breakfast and meals with other guests — visiting prelates and even low-level Vatican employees. And he frequently puts his own coins in the automatic espresso dispenser in the corridor.

By making himself accessible and living as normally as possible on his own terms, Francis has bypassed the Curia machine and is dictating his own message.