Accessibility links
Secrets Of The Universe: 5 Great Sci-Fi And Fantasy Summer Reads Looking for a good summer sci-fi or fantasy read? Annalee Newitz of io9 picks her five favorites, from the tale of a time-traveling serial killer, to a cryogenics company that produces "bridesicles," and a compilation of supposedly lost Wikipedia entries.

Secrets Of The Universe: 5 Great SF And Fantasy Summer Reads

Secrets Of The Universe: 5 Great SF And Fantasy Summer Reads 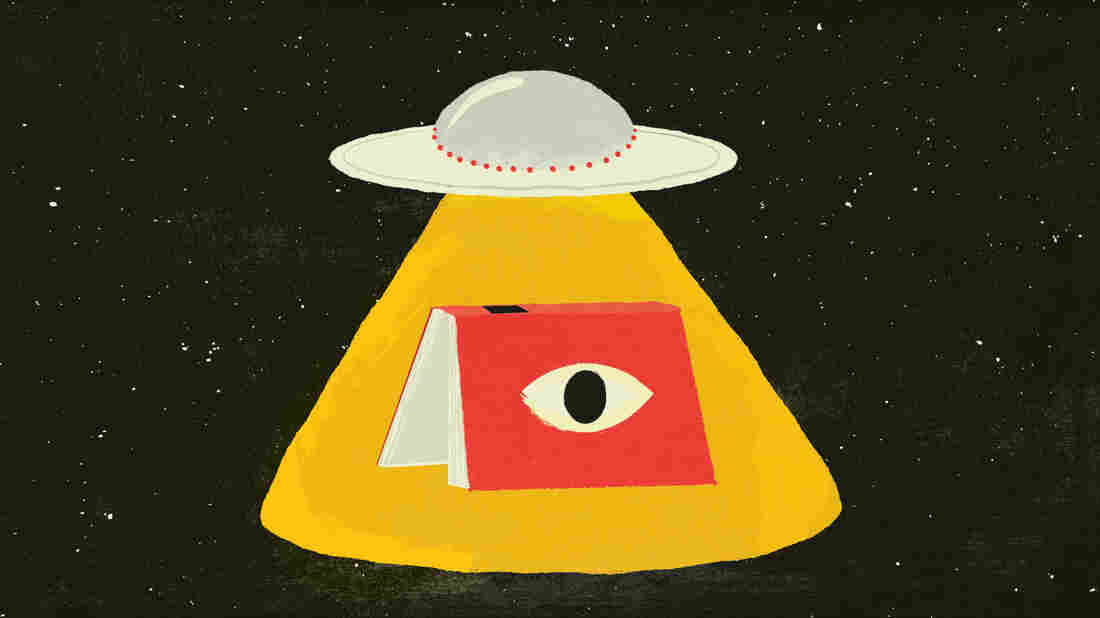 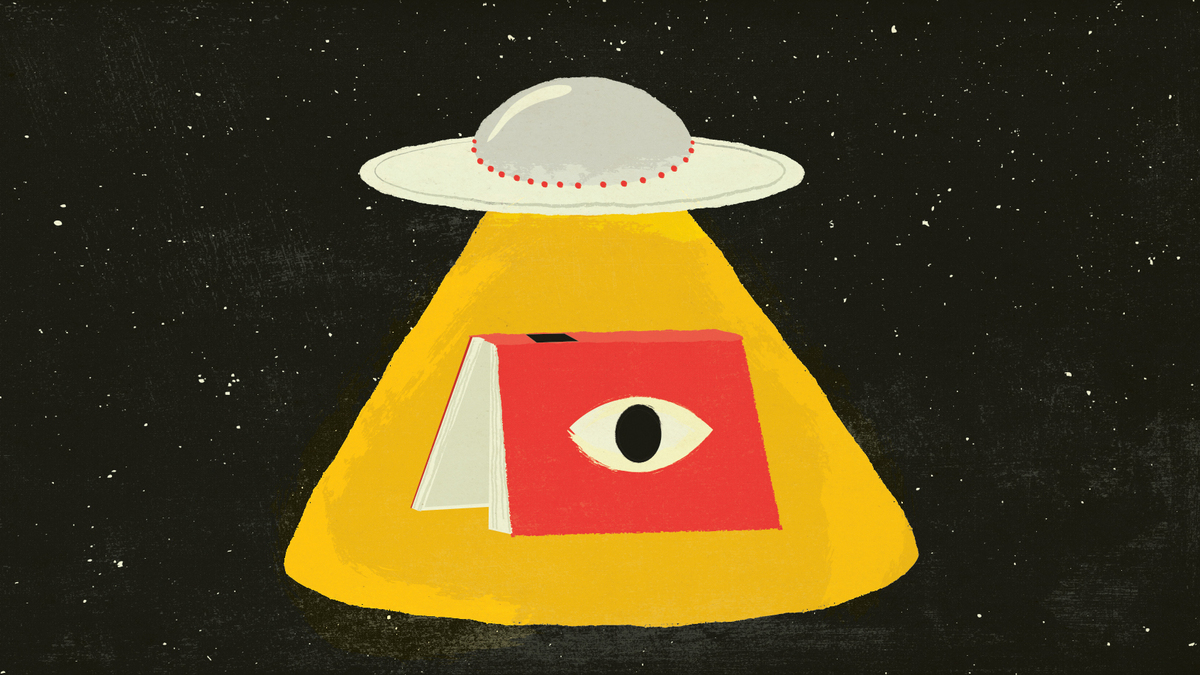 This summer, you can expect to be profoundly haunted by some of the best works of speculative fiction the season has to offer. The protagonists in these novels are mobbed by the ghosts of history, by the re-awakened dead, and by their recollections of traumas so formative that they transcend personal experience to become species memory. They are also, somewhat humorously, dogged by all the secret truths that have been edited out of Wikipedia entries.

The recovery of lost information seems a fitting fictional theme during a summer when the nation is riveted by stories of how our intelligence agencies secretly gather vast quantities of data about us. This theme is so common in science fiction and fantasy that it has almost become a cliche, but each of these books strikes out into unexpected terrain as they explore the ways the past catches up with us. A middle-aged man wonders whether he really deserved to have his life saved by a witch-goddess when he was a boy. A serial killer travels through time, trying to change the future with his carefully selected murder victims. Cryogenically preserved "bridesicles" are re-animated by men who want mail-order brides from the past. Each of the books I've chosen here is fantastic precisely because it undermines our expectations at every turn.

South African author Lauren Beukes, a longtime critical darling, has finally broken into the literary mainstream with her new novel The Shining Girls, which has already landed a TV deal. Like her previous books, Moxyland and Zoo City, this is a beautifully written, thoughtful tale of the dark forces that can rip apart urban communities. Starting out in 1930s Chicago, the book centers on a serial killer who discovers that he can travel through time. His mission, he decides, is to stalk and kill the "shining girls" — young women who are poised to make a difference in the world with their art, activism or scientific discoveries. Everything is going according to his grisly plan until one girl, a punk-loving journalist in the 1990s, survives. And she'll rip the timestream apart to find her would-be killer. Beukes manages to tell a humanizing tale of murder and unlock a secret history of powerful women whose lives were erased by violence.

McIntosh's novel grew out of an award-winning short story, and he's done justice to his original idea while also expanding the world around it in a fascinating way. Imagine a Jane Austen novel set in one of Philip K. Dick's media-saturated worlds, and you've got the idea. Love Minus Eighty is set in a near-future world where the rich wear full-body computers and are constantly surrounded by virtual "followers" who hang onto their every conversation — while also rating them for hotness and intrigue. While an online dating coach yearns tragically for her colleague in a series of funny, light scenes, a more sinister story unfolds alongside. A cryogenics company creates a "bridesicle" program, where women who die young and beautiful are frozen until they can ensnare a man willing to marry them and pay for their revival and medical repairs. The bridesicles are revived for brief "dates" with these suitors and then stashed in deep freeze again. This is a novel where love, money and power are nakedly intertwined and set against a buzz of constant online gossip. Like an Austen story, there are tragedies — but it is a romance after all, and it's a delight to watch McIntosh slowly bring together the people who need each other most.

We Are All Completely Beside Ourselves

Title
We Are All Completely Beside Ourselves
Author
Karen Joy Fowler

Most people know Fowler's novel The Jane Austen Book Club, but she's known in science fiction circles for work that straddles the line between realism and speculative ideas. This new novel, an emotionally intense meditation on how science transforms human life, is one of her strongest works yet. Fowler unspools the story of Rosemary, a woman coming to terms with her deeply troubled relationship with her twin sister. Their father, a psychologist, decided to see what would happen if he raised his daughter with a baby chimp. Would the chimp learn to be human? Instead, Rosemary learns to be a "monkey girl" and never quite feels at home in human company. And Fern, the chimp, suffers a much more disturbing fate. This is a story about the harm families do to their most vulnerable members, but Fowler's genius here is in expanding the definition of "family" to include Homo sapiens and their sister primates. Smart, witty and incredibly moving, this novel will forever change the way you look at your fellow apes.

The Ocean At The End Of The Lane

Beloved fantasy author Gaiman marks his return to novels for adults with this brief, gripping story of a man whose magical childhood adventure is like a visit to Narnia for existentialists. When our nameless protagonist recalls how he was drawn into a battle between chaotic, supernatural forces of good and evil as a child, he is not left with a sense that there is wonder and meaning in the universe. Instead, his harrowing brush with the supernatural leaves him with more questions about what it means to lead a good life in the mundane world of his adulthood. Gaiman's vivid prose makes this novel feel like a page-turning adventure story, but hanging over it is a fog of mournfulness — not for childhood innocence lost, but for a sense of safety and certainty that nobody ever finds. This makes for a gorgeous, thoughtful fairy tale.

Like Wikipedia, this book is written by many contributors but forms a unified whole. Sticking strictly to Wikipedia formatting, each chapter is a "missing" entry, detailing everything from the lost history of Nancy Drew's mother to the life of the independent, 19th-century female author who inspired Poe's "Fall of the House of Usher." Editor Duchamp, a longtime publisher of progressive, independent science fiction, has put together a wicked and witty sendup of how history is written today — and how some people and stories are systematically edited out of it. It's both an experiment with alternate history storytelling and a kind of companion piece to Beukes' Shining Girls. We are invited to think about whose stories disappear from the timestream, and why some ideas are so quickly erased by cultural amnesia and editorial "consensus." For anyone who has ever fallen into a Wikipedia fugue state, reading entry after entry, this book will feed that burning lust for knowledge — and invite you to wonder whether a crowdsourced history is still written by the winners.

Annalee Newitz writes about the intersection of science and culture. She's the editor in chief of io9.com, and the author of Scatter, Adapt and Remember: How Humans Will Survive a Mass Extinction.