Accessibility links
First Listen: Bosnian Rainbows, 'Bosnian Rainbows' Though both are powerful and iconoclastic performers, The Mars Volta's Omar Rodriguez Lopez and Le Butcherettes' Teri Gender Bender find a way to join together without crowding each other out. 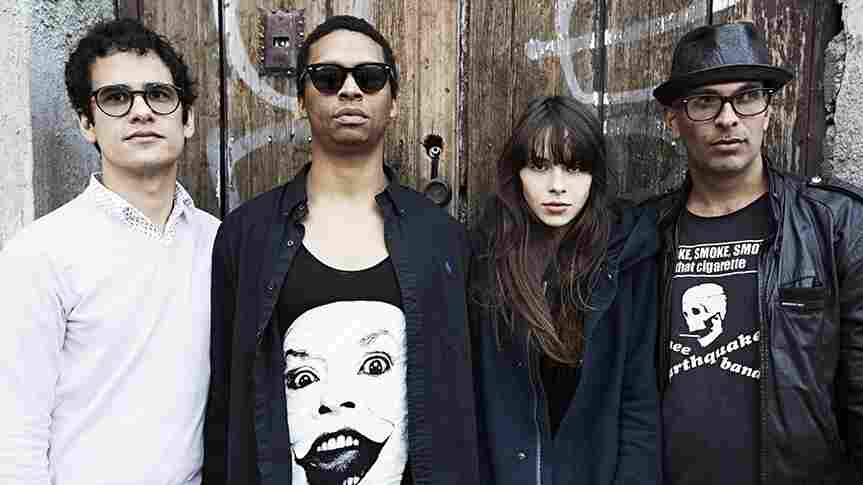 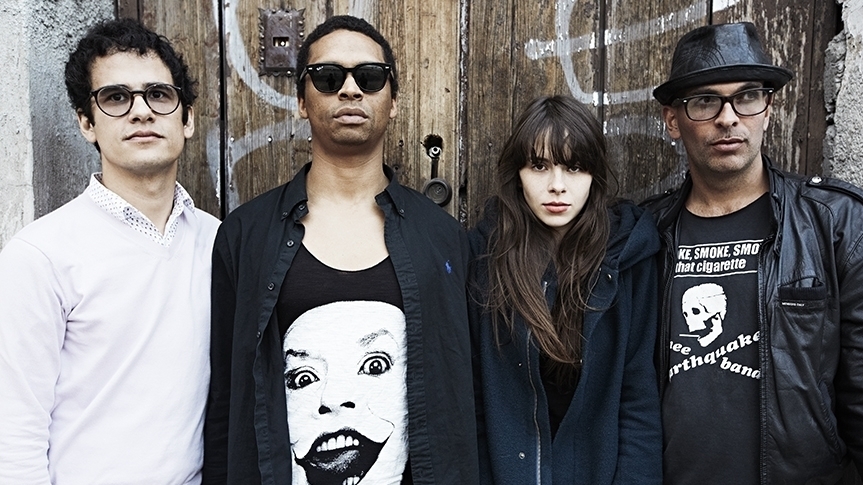 Listening to Bosnian Rainbows' first album made me think of the paradox about unstoppable forces and immovable objects — as in, "What happens when Omar Rodriguez Lopez (At The Drive In, The Mars Volta) leads a band alongside Teri Gender Bender (Le Butcherettes)?" Both powerful and iconoclastic performers, the two somehow join together without crowding each other out.

Lopez is known for being prolific and brilliant, but he also has a reputation in the industry for being brooding, controlling, even dictatorial. He himself has gone on record saying, "I don't want to be a dictator all my life," and said his greatest challenge and desire is to be able to collaborate with band members. If so, then his best move was deciding to play with a singer who is not to be bossed around.

Born Teresa Suarez, Teri Gender Bender fits into the category of "unstoppable force." Funny, weird, sick and furious, her live performances are mesmerizing, terrifying and exhilarating. I've had the chance to speak to her and can attest that she's a lovely, thoughtful woman, but on stage she's another story: part Iggy Pop, with a helping of Siouxsie Sioux and a splash of David Bowie from his Ziggy Stardust era.

No Latina rockers are doing anything as powerful as her: Her voice is commanding and majestic and, true to her moniker, oddly devoid of gender, though completely sexual. She's the opposite of quirky hipster femininity; she will eat cuteness alive.

Every song on Bosnian Rainbows is catchy and anthemic, with frequent nods to the '80s work of Simple Minds and Bowie. Lopez, who can get too tangled in his own head, here finds a way to package his ideas in a succinct and digestible way. Songs like the bouncy "Torn Maps" and the wistful "Turtlenecks" are easy to enjoy, but not too reduced — they're full of rich narratives, unusual musical progressions and cryptic, Tori Amos-esque lyrics to keep listeners feeling both included and intrigued.