Accessibility links
WWII 'Deserters': Stories Of Men Who Left The Front Lines In his new book, journalist Charles Glass explores the little-known history of thousands of American and British soldiers who deserted during World War II. Glass describes how the strain of war can push a soldier to the breaking point — and how the line between courage and cowardice is never simple. 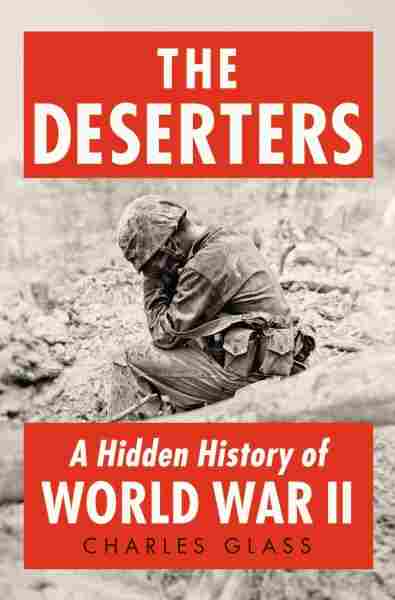 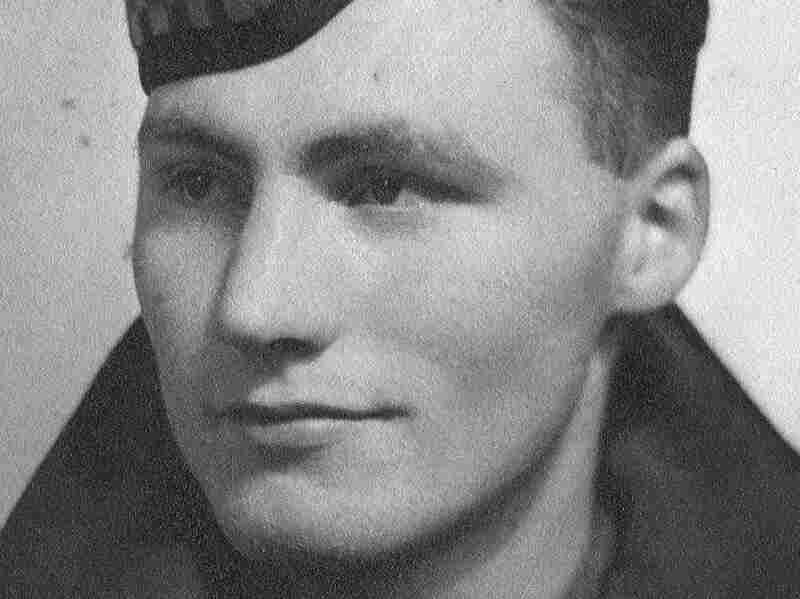 John Bain, shown above in 1940, is one of the men Glass profiles in The Deserters. Penguin Press hide caption 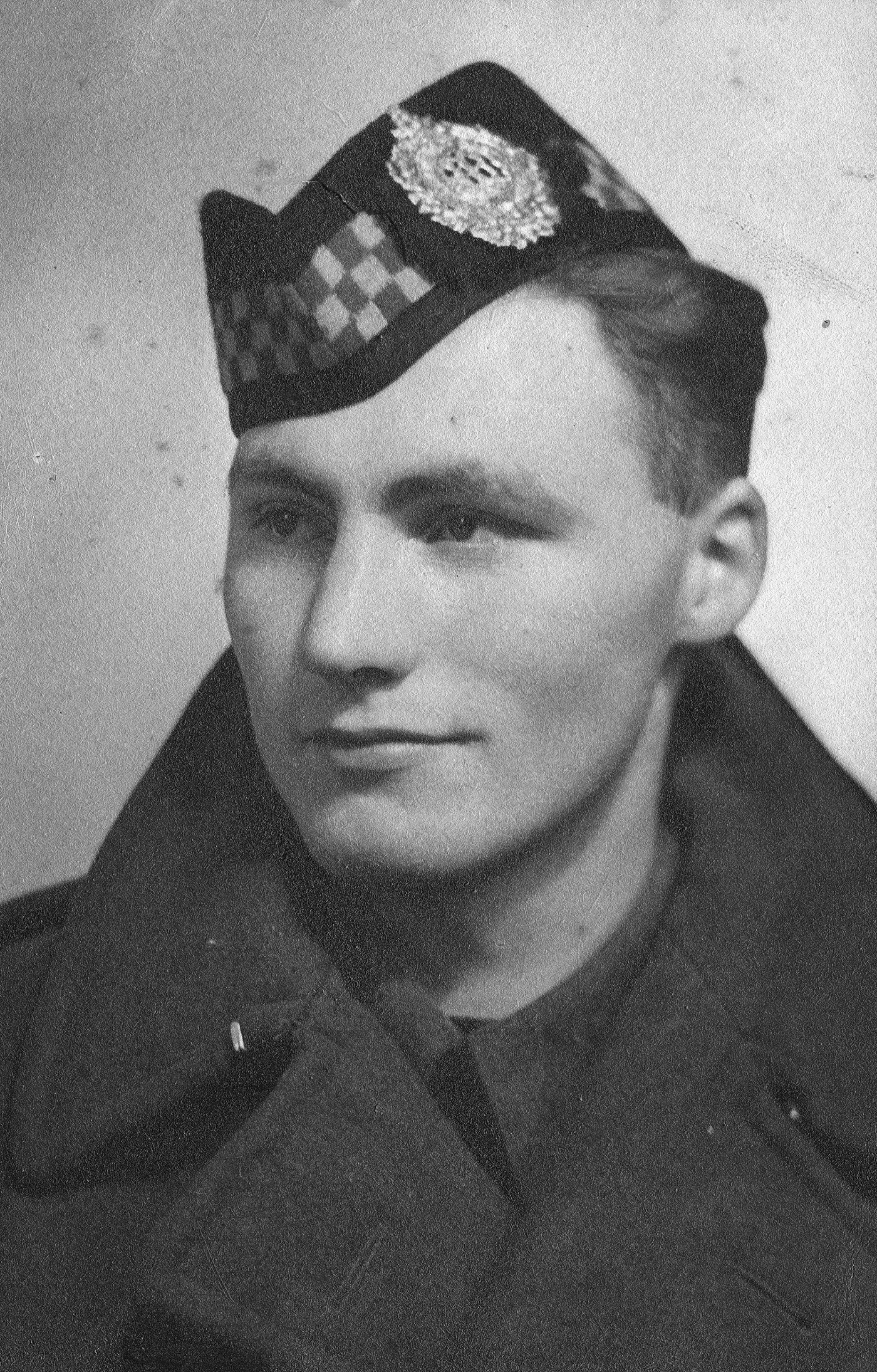 John Bain, shown above in 1940, is one of the men Glass profiles in The Deserters. 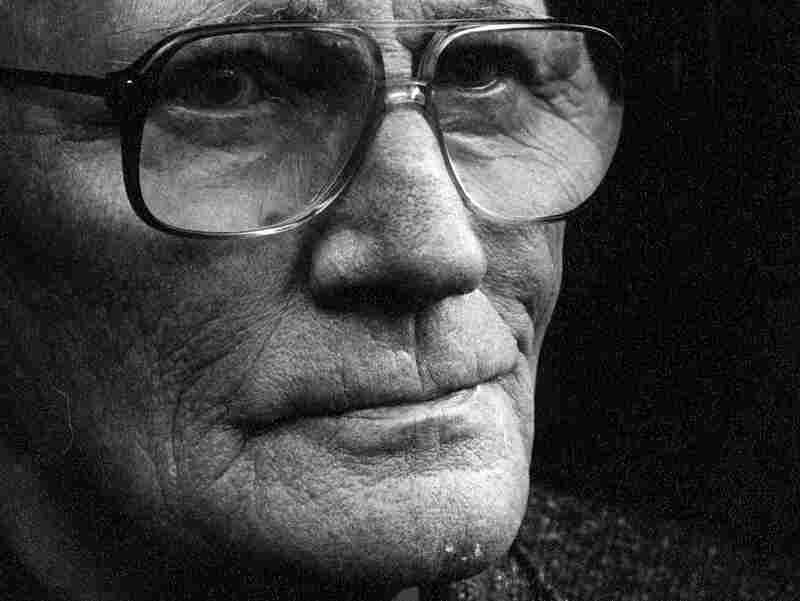 Bain, show above at 85 in 2007, deserted from the Gordon Highlanders. Penguin Press hide caption

Few citizens are more honored than military veterans, and there's particular reverence for those who defeated the Nazis in World War II. Like any war, however, World War II was complicated and traumatic for those on the ground, and not a few deserted from the front lines.

In a new book, The Deserters, journalist Charles Glass tells the stories of three very different men whose lives dramatize how the strain of war can push a soldier to the breaking point — and how the line between courage and cowardice is never simple. These three lives stand in for tens of thousands of soldiers with similar stories; records show that 50,000 American soldiers deserted in the European theater during World War II. While this does not seem unusual, Glass says that impression changes if you consider the context.

"In the American army, only about 10 percent of the soldiers in uniform actually saw combat," Glass tells Fresh Air's Dave Davies, "and they were very rarely rotated out of the fronts. Most of the people [who] deserted were those who broke down in battle. ... That figure of 50,000 ... is extremely high given the number of men who were actually at the front."

Glass, a veteran journalist and author of Americans In Paris: Life and Death Under Nazi Occupation, also points out how difficult it was to identify which men might crack under the pressures of war.

"It's very hard to know which ones will and which ones won't," he says, "and the men themselves going into battle didn't always know. Some of those who were extremely gung-ho in training were the very first to break down in combat."

On the people who turned the deserters in

"It was very rare for those veterans to turn in a fellow from their unit who deserted. They often saw them deserting the front lines but didn't say a word. The ones who turned them in were the rear echelon troops. So when they went back to Paris or Lyon or somewhere where there was no battle, and a cook or clerk at a desk ... would [see] someone was a deserter ... he would turn them in. But the front-line soldiers very rarely turned in their fellow front-line soldiers ... because they felt, 'There but by the grace of God go I.' "

On poor leadership contributing to desertion

"Some units had much higher rates [of desertion] than others. The 36th in the battles in France had the highest rate of any division in the American Army. It can't be accidental that there were junior officers ... who were not interested in their men, and not talking to their men, and not looking after their men. [Pvt.] Steve Weiss felt like his captain always led from behind, was never at the front lines, you could never find him, they couldn't confide in him, they couldn't ask him for anything, and they felt like they got a raw deal from him."

"Under that severe strain, one night in the middle of the night he wandered off in a daze. And other deserters said this — that they didn't make a conscious decision, but they just found their bodies leading them away from the front — and he wandered into the woods, found a barn and slept for a couple of days, put himself back together and then reported again for duty. And that was clearly not a conscious desertion."

On the Parisian black market run largely by deserters

"The Paris press was writing about it a lot at the time — that [there] was 'Chicago-style vandalism and gangsterism' in the streets of Paris, and the American military had to do something about it. There were shootouts between the Paris police and the American and British MPs on one side and the deserters on the other side. They would rob banks, they would rob cafes, they would stop people on the street and steal women's jewelry; they were gangs of real, hardcore outlaws, and they were armed and trained."

"I came across a man named Wayne Powers who was a truck driver who was delivering supplies from Normandy to Belgium, from just after D-Day to the Battle of the Bulge. One day his truck was hijacked, probably by deserters, and he was wandering around and decided to go back to a village where he had met a young woman that he rather liked. He went back to [the village] and this woman put him up and took him in and hid him. They then had five children, and he hid in the house and never came out.

"And one day there was a car accident in front of the house. He happened to open the curtains and the police who were taking information about the car accident saw him and went in to question him, realized he was an American, probably a deserter. They called the MPs from the nearby American base who arrested him. He was taken off to the base to be held for court-martial. This got to the French newspapers and within two days, 60,000 letters arrived from French people writing to the American Embassy saying, 'Please let him off. He did it for love.' So he was court-martialed. He was sentenced. His sentence was commuted, and he went back to her and they had another child and got married."

Read an excerpt of The Deserters