Accessibility links
Why Buy A House When You Can Buy A Mountain? Big names in business, entertainment and philanthropy pitched in to help buy a Utah ski mountain for a reported $40 million. They want to turn it into the next cool hub for culture and new ideas. "We look to build the coolest little mountain town in the world," says one of the buyers. 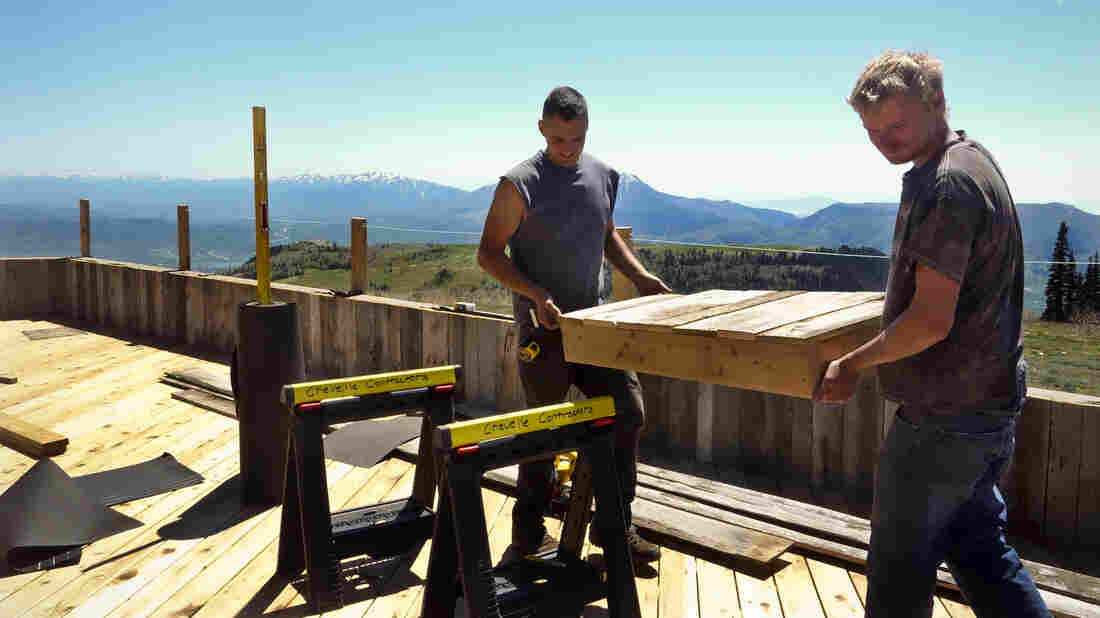 Construction is underway for an events lodge on Powder Mountain, now under the ownership of Summit. Elise Hu/NPR hide caption 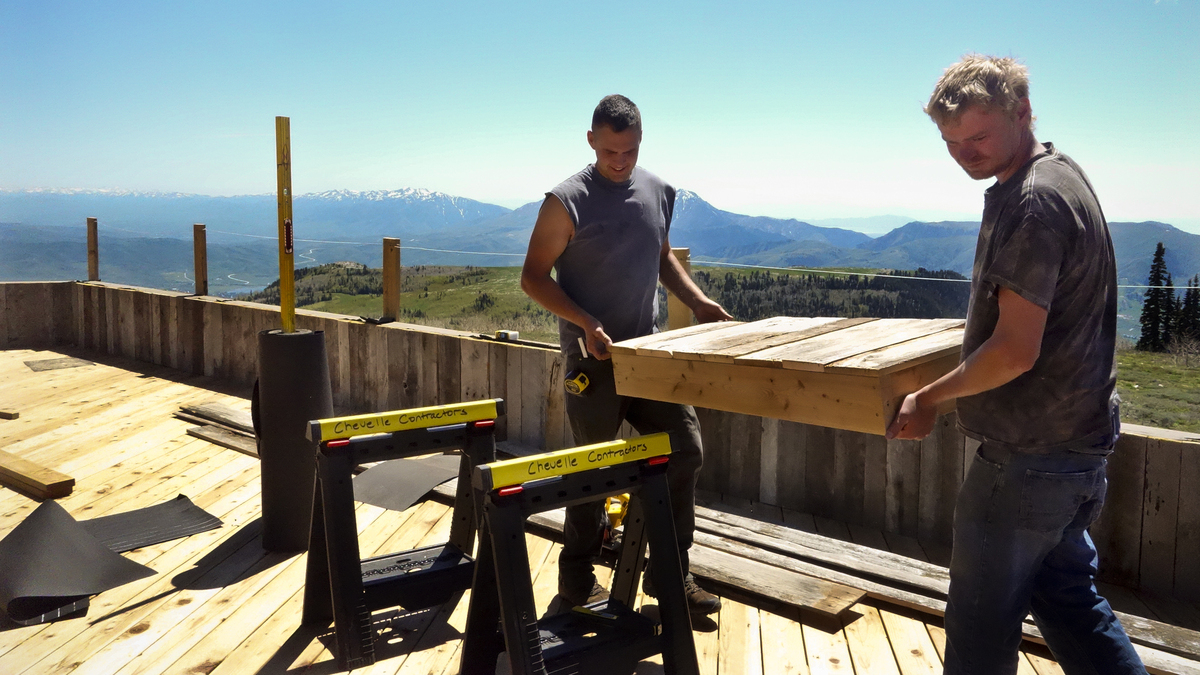 Construction is underway for an events lodge on Powder Mountain, now under the ownership of Summit.

It's not your everyday real estate deal. A team of young entrepreneurs persuaded about 50 deep-pocketed investors to help them purchase a mountain. The deal just closed in April, and development on Utah's nearly 10,000-acre Powder Mountain is now underway.

"When we made those first phone calls, everybody's like, what? That being said, they know that we aren't kidding," says Jeff Rosenthal, co-founder of Summit, the group that led the purchase of the peak.

Summit is a company that until now has specialized in putting on invitation-only-event experiences, gathering boldfaced names from across various fields. It started as a way for young tech founders to get together and share ideas, but it's grown to include leaders in business, entertainment and philanthropy.

By buying a mountain, Summit's going beyond building conferences. It's now trying to build a permanent place. The team wants Powder Mountain to be a new creative center to incubate ideas, host events and let smart people come together in a place where they can let their guards down. 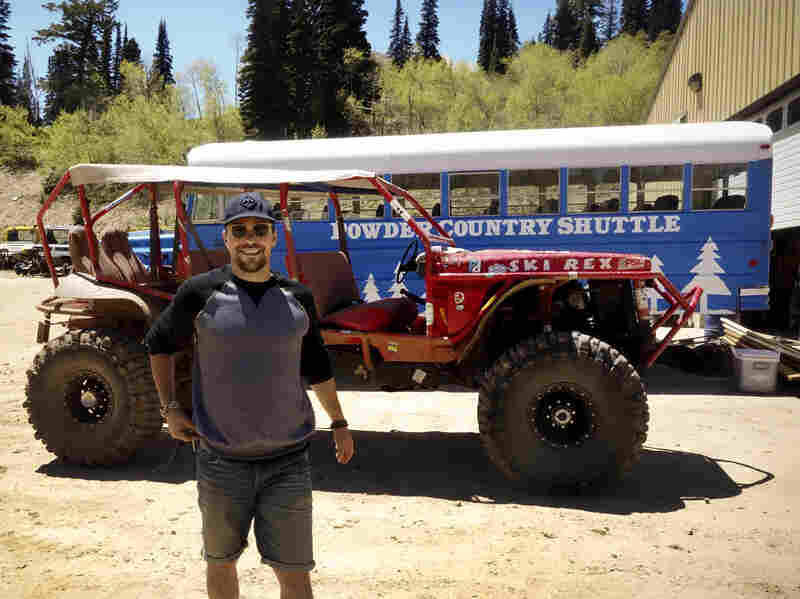 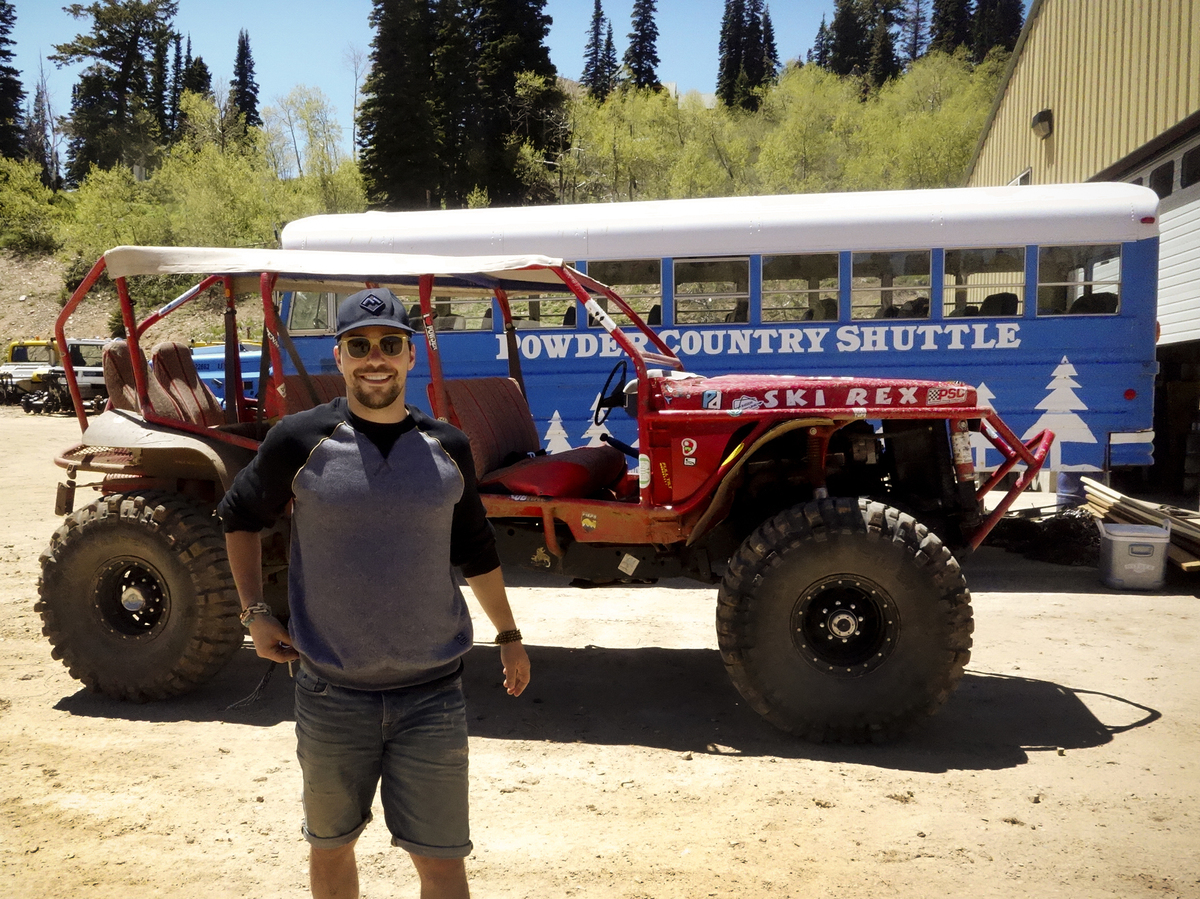 Spending time with Summit can feel like being at summer camp for grown-ups — the highly produced convenings mix serious talks with ideas and adventure. It's like Davos for millennials.

Now these thrill seekers have a year-round playground. The deal for Powder Mountain closed in April for the reported price tag of $40 million. Summit says it's not a bad price for such a well-preserved pocket of natural beauty. Located in Eden, about an hour north of Salt Lake City, the largely untouched Powder Mountain is a skier's paradise, boasting 500 inches of snow a year in a largely rural environment.

For decades, Powder Mountain was owned by sheep farmers who barely put up ski lifts on the mountain, much less a resort. Skiers and snowboards do enjoy Powder Mountain, but it's been a well-kept backcountry secret that's not as easy to get to as other Utah attractions. You can only get to Powder Mountain by winding through two-lane roads and canyons. No fancy amenities are available. On peak days, the number of people who ski Powder Mountain don't even make up a tenth of the skiers who take to Telluride. Locals like it that way.

Looking Up: Pockets Of Economic Strength

"They're scared of it being Aspen or Vail and getting priced out of this unique rural environment," says Mike Caldwell, mayor of Ogden, the closest city to Powder Mountain.

Summit's development plans call for 500 single family homesites, a village core of comparable scale, and boutique lodging and amenities. While that may be more than some locals would like, Caldwell says the mountain's most recent owner, a consortium called Western American Holdings, planned for much more. Bloomberg Businessweek reported that the former owners "had plans for thousands of housing units and motel rooms spilling over both sides of Powder Mountain in two counties." Caldwell says efforts by the equity group to incorporate the mountain community into a town to open up development so riled the locals that they got the Utah Legislature involved. Then the real estate market went bust.

"I think [the equity group] got tired of the fight, and I don't think the model quite hit what they were hoping to see, and so they were happy to back away and let a different group come in," Caldwell says. Calls to representatives of Western American Holdings were not returned.

Rosenthal says the Summit team loves the natural setting and aims to do sustainable, limited development to maintain the mountain's peaceful feel. 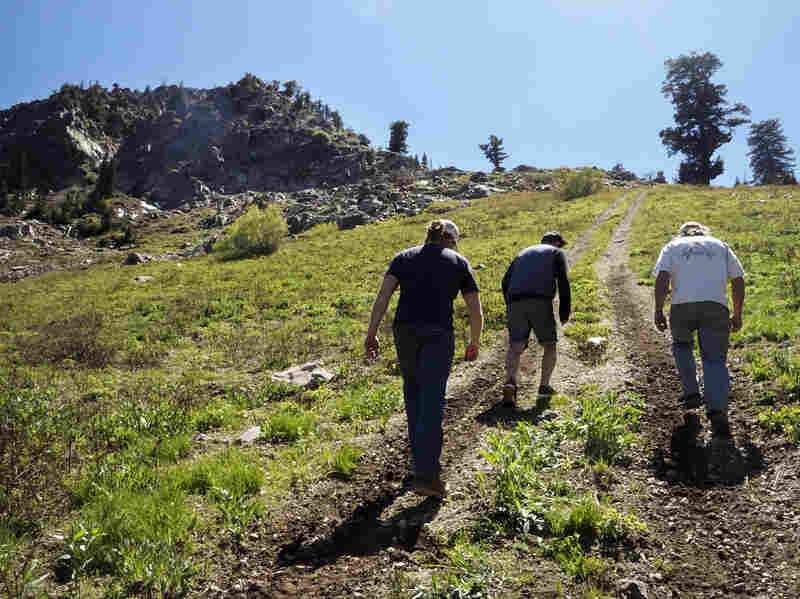 A walk up near the peak of Powder Mountain, which is about 9,000 feet elevation. Elise Hu/NPR hide caption

"We're certainly not traditional developers. Return on community is our No. 1 intention, followed by the return on investment [for] the people that backed this project," Rosenthal says. "We were inspired by the core concepts of the Sundance Film Festival and the Aspen Institute. You can build place around a shared ethos. We look to build the coolest little mountain town in the world."

Count plenty of cool kids among the mountain's 50 investors: PayPal co-founder Peter Thiel, Olympic-level snowboarder Danny Davis, the founders of Wired magazine and pop music hit maker Dr. Luke, responsible for songs like "Since U Been Gone" and "I Kissed A Girl," each pitched in anywhere between $500,000 and $2 million to invest in the mountain purchase. In return, they can opt to build a mountain home.

"I believe in them," says Lukasz Gottwald, who goes by Dr. Luke. "I do have other real estate in other places, but this is a unique opportunity and a unique place. I hope that when my house is done ... I can ski and snowboard straight out of it, on this beautiful mountain."

The slopes will stay open to the public to enjoy. On a clear day, you can see four states from the peak of Powder Mountain, and a limitless horizon line. Nature seems to send a message.

"I don't think anybody in our community has felt like they've achieved what they're going to in the world and now they're done. We are looking to continue to create great things in the world as we move forward," Rosenthal says.