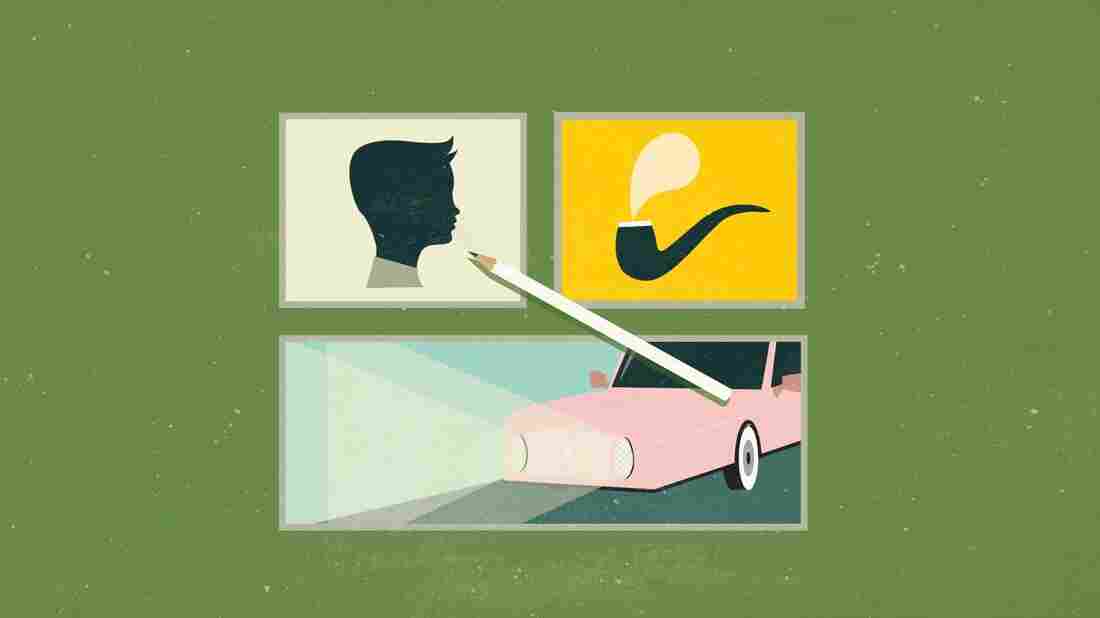 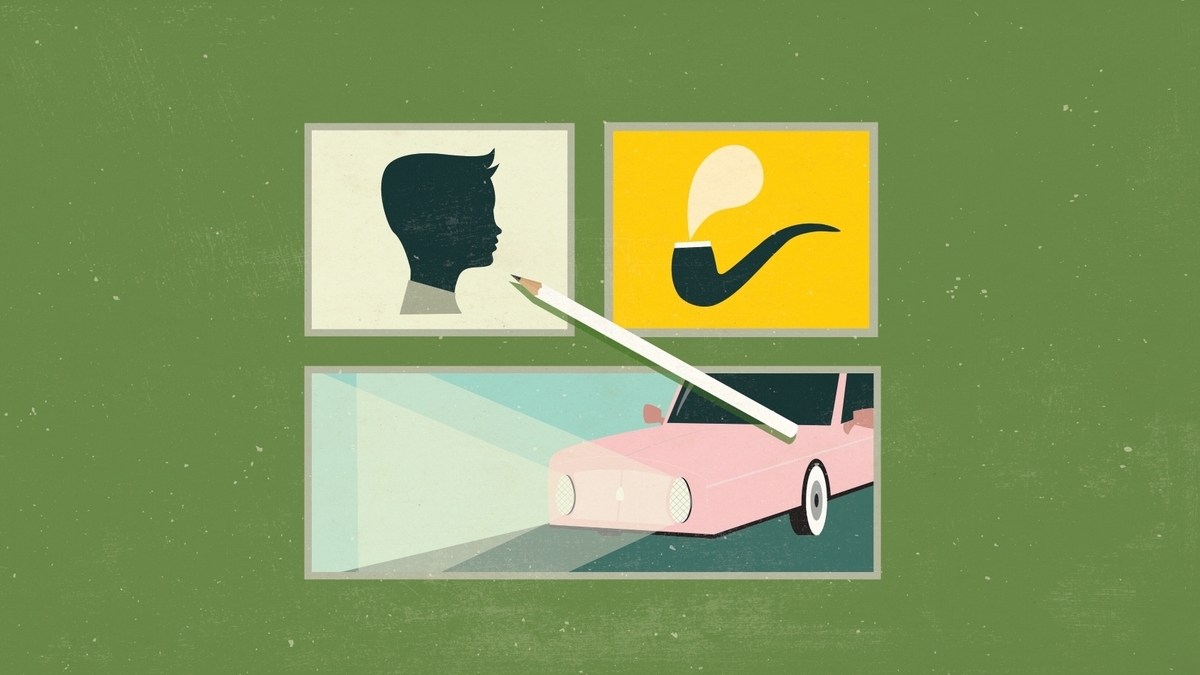 When's the last time you read a comic book? Oh, right, the term now is "graphic novel" — as if calling them "comics" was somehow undignified or not sufficiently intellectual. But the problem with "graphic novel" is that it's far too limiting — because, sure, while all comics are graphic, many of the smartest and most exciting examples don't even remotely resemble novels. In fact, I'm about to recommend five books that — each for its own reason — can only be called comics, representing a wide range of literature being produced in what is truly a golden age.

Even if you're not a comics reader, you've probably heard of Chris Ware, and for a good reason: He has redefined what comics can do. When Building Stories came out late last year, a lot of people — even if they heard good things about it — didn't know quite what to do with it because it didn't look like a book — it's a big, beautiful box. Don't be afraid. Open the box. Inside are 14 comics — which take the form of books, booklets, magazines, pamphlets and newspapers — tracing the stories of the inhabitants of a brownstone apartment building, one of whom is an insect. In tackling the everyday lives contained in this one building, Ware has crafted a springboard for his inventiveness, his intelligence, and his thoughtful approach to tacking issues of family, marriage, friendship, loneliness, aging and loss. Through his mastery of comics' potential, and the wealth of ways that images and words can interact, Ware has invented methods of moving through time that neither books nor films can match. My favorite one here is a two-page spread in which, while a woman thinks about a favorite childhood toy, we witness the course of her life from fetus — yes, fetus! — to old woman. Building Stories is not only important, it's fun to read.

Hand-Drying In America: And Other Stories

Hand-Drying in America and Other Stories is the newest book by Ben Katchor, and it isn't a graphic novel either. It's a collection of one-page meditations — on laps, open houses, the space under beds, window shopping, banisters, toaster crumbs — and, yes, restroom hand dryers, among other things — minute observations of urban landscapes that tell us stories about ourselves. In Katchor's world, a tenant is forced to leave his pre-war apartment because his late 20th-century physique is too large and loud for the building; a 110-year-old statue honoring a generous tipper causes discontent among modern-day waiters; and a shoe salesman builds a 2-mile portico adjoining his shop so that customers can walk in prospective shoes to ensure they're comfortable before committing to a purchase. Katchor notices things most of us overlook. His comics draw attention to the repercussions of what we choose to buy and where we choose to live. He champions thoughtful design in an era of economy and convenience — but his dismay at this vanishing value is wedded to his sense of the absurd and his ability to make us laugh, and evoked with beautiful, melancholy drawings that recall an early 20th century universe that never quite existed.

Then, of course, there's My Dirty Dumb Eyes, by Lisa Hanawalt, which might qualify as a guilty pleasure if it wasn't so smart. Hanawalt is weird and funny, and has given her imagination and subconscious free rein in this collection of vignettes, jokes and contemporary observations, which showcase drawing styles ranging from surreal and cartoony to frighteningly accurate caricature. Hanawalt's mind is a dangerous place that you'll feel lucky to visit through illustrated movie reviews and musings on popular culture that will — among other things — change the way you think about Martha Stewart, celebrity chefs and Anna Wintour forever. What makes her so fun to read is her willingness to champion the sorts of thoughts most of us barely admit to ourselves — ideas about sex, borderline behavior in movie theaters, and an animal hat fixation that results in several pages that will make you laugh even if you're in a public place at the time. Read this book because it's funny, because it's beautiful, and because it will nourish the inner weirdo you've been keeping under wraps for too long.

Today Is The Last Day Of The Rest Of Your Life

Next, just in time for summer, is a memoir that will take you back to your younger, wilder days — or allow you to vicariously sow the oats you never got around to. Today is the Last Day of the Rest of Your Life is the story of what happened when 17-year-old punk rocker Ulli Lust spontaneously decided to travel from her native Vienna to Italy in 1984 — with no passport, no money, nothing but the company of a teenage girl she had just met. Lust's desire to experience real life and to learn things beyond books is by turns uplifting and painful, funny and frightening — and will probably make any stunt you pulled as a teenager look timid by comparison. Through expressive drawings that reflect Ulli's changing fortunes — at her lowest point she is an empty, shaky outline — the story traces Lust's dawning awareness of what it means to be a woman — especially in the conservative culture of Southern Italy — which, yes, includes some frightening brushes with the Mafia. The result is a modern coming-of-age story that addresses the thrills and consequences of being young, idealistic, and more than a little lucky.

The last must-read comic I'm going to wing your way isn't even a book — it's a whole series of them (the next one comes out in September). Finnish cartoonist Tove Jansson is as famous as Walt Disney in large swaths of Europe, but in this country she's someone most people haven't heard of. Jansson created the creatures known as Moomins, and while she wrote some memorable children's novels about them, she (and later her brother, Lars) also created a quirky, original comic strip masterpiece for European newspapers. Moomin ran from 1954 to 1975 and, at its peak, appeared in newspapers in over 40 countries. The Moomin universe is what you'd get if you took Roald Dahl, Dr. Seuss, Bill Watterson and Charles Schultz, and mixed them together with Finland's cartoonishly long summer days and winter nights. On the outside, your average Moomin resembles a cross between an albino hippopotamus and the Stay Puft Marshmallow Man, but like all timeless characters, Moomins are the vehicles through which Jansson explores everything that's laughable, charming, laudable and suspect about being human. Whether they're exploring the oceans, entertaining ungrateful guests, or trying their hands at being artists or being famous, the Moomin series — like Peanuts — is the sort of thing you can read at age 8 or at 48 and find equally gratifying.

So there. Five books that combine words and images that you really should read, that don't smell or taste like graphic novels at all. So can we all go back to calling them comics, as nature intended? Go ahead. Try it. Now doesn't that feel better?

Myla Goldberg is the author of Bee Season and The False Friend.