Accessibility links
'The Center Holds' Sees Victory For Moderates In Obama's Win Journalist Jonathan Alter regards the 2012 presidential contest as the most consequential election of recent times. In his new book, Alter argues that President Obama's re-election prevented the country from veering sharply to the right, and he dissects the campaign and the events that led up to it. 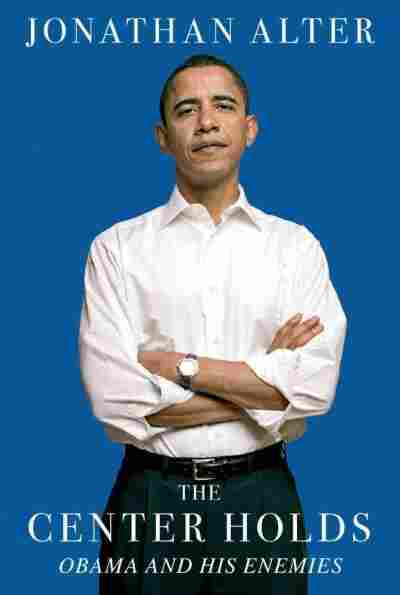 Obama and His Enemies 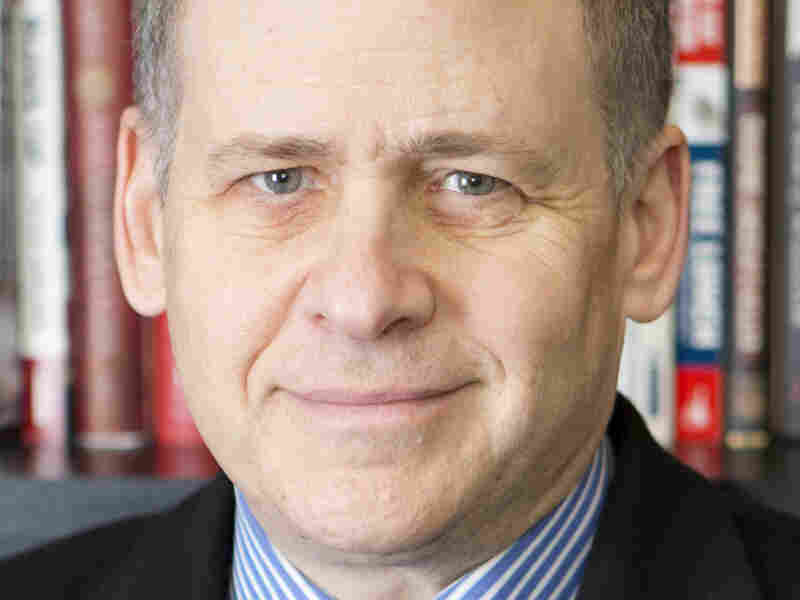 Jonathan Alter has written for Esquire, Vanity Fair and The New Republic, and writes a column for Bloomberg View. Kristopher Long/Simon and Schuster hide caption 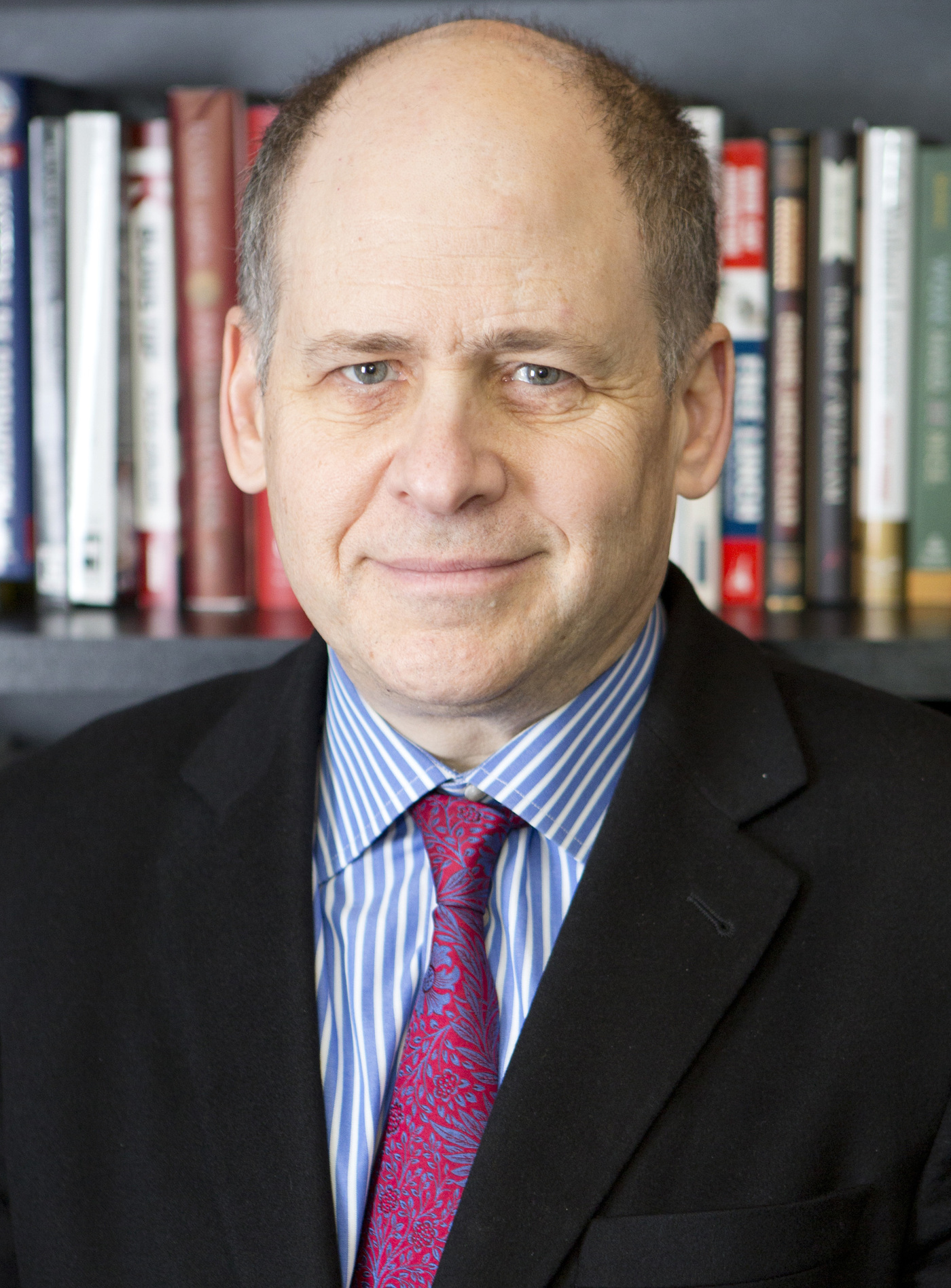 Jonathan Alter has written for Esquire, Vanity Fair and The New Republic, and writes a column for Bloomberg View.

Journalist Jonathan Alter sees the 2012 presidential contest as the most consequential election of recent times. In his new book, The Center Holds, Alter argues that President Obama's re-election prevented the country from veering sharply to the right.

Alter, who has covered eight previous presidential elections for publications such as Newsweek and The Atlantic, dissects the campaign and the events that led up to it in his book. He finds that the Obama campaign made effective use of young data geeks to microtarget voters and raise money online. And he says Republican Mitt Romney's campaign relied on Madison Avenue-style advertisers to craft a message that too often missed the mark.

By focusing on the numbers game, Alter says, the Obama campaign revolutionized more than just politics.

"There are lessons in all this that not just political campaigns but businesses are racing to learn from," Alter tells Fresh Air's Dave Davies. "In the past, it went the other way: Politics learned from business ... Madison Avenue values went into politics. This time, some of these techniques that are being used in politics will be increasingly used by businesses to increase sales."

The book also fills in some inside details of the frenetic campaign — from the efforts of conservative media figures to get New Jersey Gov. Chris Christie into the race to the backstory of the Florida bartender who secretly taped Romney's infamous "47 percent" remarks at a fundraiser.

Alter is now a columnist for Bloomberg View and an analyst and contributing correspondent for NBC News and MSNBC.

On "the cave" at the Obama campaign headquarters

"They had a secret annex off of the main floor of the Chicago headquarters that they called 'the cave.' They had a group of analytics experts, most of them in their 20s, [and] not just data scientists, but they had a child prodigy, they had a biophysicist, they had three professional poker players that had all been hired on the basis of extremely difficult online exams where they solved various analytical problems. And then they took their models and their algorithms, and they applied them to the workaday problems of the Obama campaign in field organizing and fundraising."

On the Obama campaign's fundraising tests

"Every appeal for money was tested endlessly — 20 times — so that they found that 'hey' worked as a salutation. They found for a while that a yellow background worked better than a white background. They found that if they had Anna Wintour in some email appeals it worked to some groups but not to other groups. [Tactics were] endlessly tested, reduced almost to a science, even though politics has always been as much art as science."

On the Romney campaign's "Monster.com" approach

"They made a decision early on that, as Stuart Stevens — [Romney's] chief strategist — told me, 'Obama thinks this is an eHarmony campaign — you know, a campaign where you have to like the person above all. We think it's a Monster.com campaign,' meaning that people will vote based on who they think is more likely to get them a job. So they focused relentlessly on Romney as a job creator and somebody whose business experience equipped him to improve the economy. This was, in retrospect, a real mistake because people need to like the person if they're going to vote for him for president."

"This was one of the more pivotal external events in recent campaign history, and it really begins five years earlier on a pitch-black night in the Florida Everglades, when a woman in a car plunges to the bottom of a canal, and a man working at a motorcycle dealership nearby hears the screams. He goes to the canal. He dives in. He finally gets the door open, but she's trapped in her seat belt. He gets ... a knife. He cuts the seat belt, saves the woman, is decorated as a hero. And then this man — whose name is Scott Prouty — five years later is a bartender at a Mitt Romney fundraiser in Boca Raton. And I think listeners know what happens next, but what interested me was his motivation for why he basically lost his job and knew that his life would change, and it went back to his night in the Everglades. And he told me as part of many hours of conversations that what he learned from that experience was if you can jump in, you must jump in — you have an obligation to jump in. And he felt with that 68-minute video of Mitt Romney that he had an obligation in his mind to prevent that man from becoming president of the United States, and he acted on that sense of obligation."

On Obama missing the "schmooze gene"

"[Bill Clinton] feels that Obama's political skills are not what they need to be, and he is leaving a tool in the toolbox when it comes to personal relationships. And there's a lot of people in Washington who agree with Bill Clinton on that — that the president has not reached out enough. He's been too insular. Does that leave the Republicans off the hook for their obstruction? No, but it suggests that in his relationships, not just with Republicans but with the other Democrats, the president [could] do much more, because when you run into trouble the way he is now, you need to fall back on those personal relationships. ...

"Some of it has to do with the fact that [Obama is] not fundamentally built like a lot of these other politicians. He's not as needy as they are because of his particular background and temperament, and so their neediness — their need to be stroked and massaged and get the perks and everything — is a bit of an abstraction to him. And so he says, 'They have two pictures of me already. Do they really need a third picture of me with them?' And the answer, as one of his top aides told me, is, 'Yes. They do need that picture,' and he needs to do more to give them that stroking that they need."

Read an excerpt of The Center Holds