Accessibility links
Book Review: 'Margaret Thatcher' by Charles Moore | A Complete Picture Of The Iron Lady The author was handpicked by Margaret Thatcher to write her authorized biography. Though he clearly admires Thatcher, reviewer Annalisa Quinn says that the book is no hagiography — it is staggeringly thorough, and the storytelling is vivid and interesting. 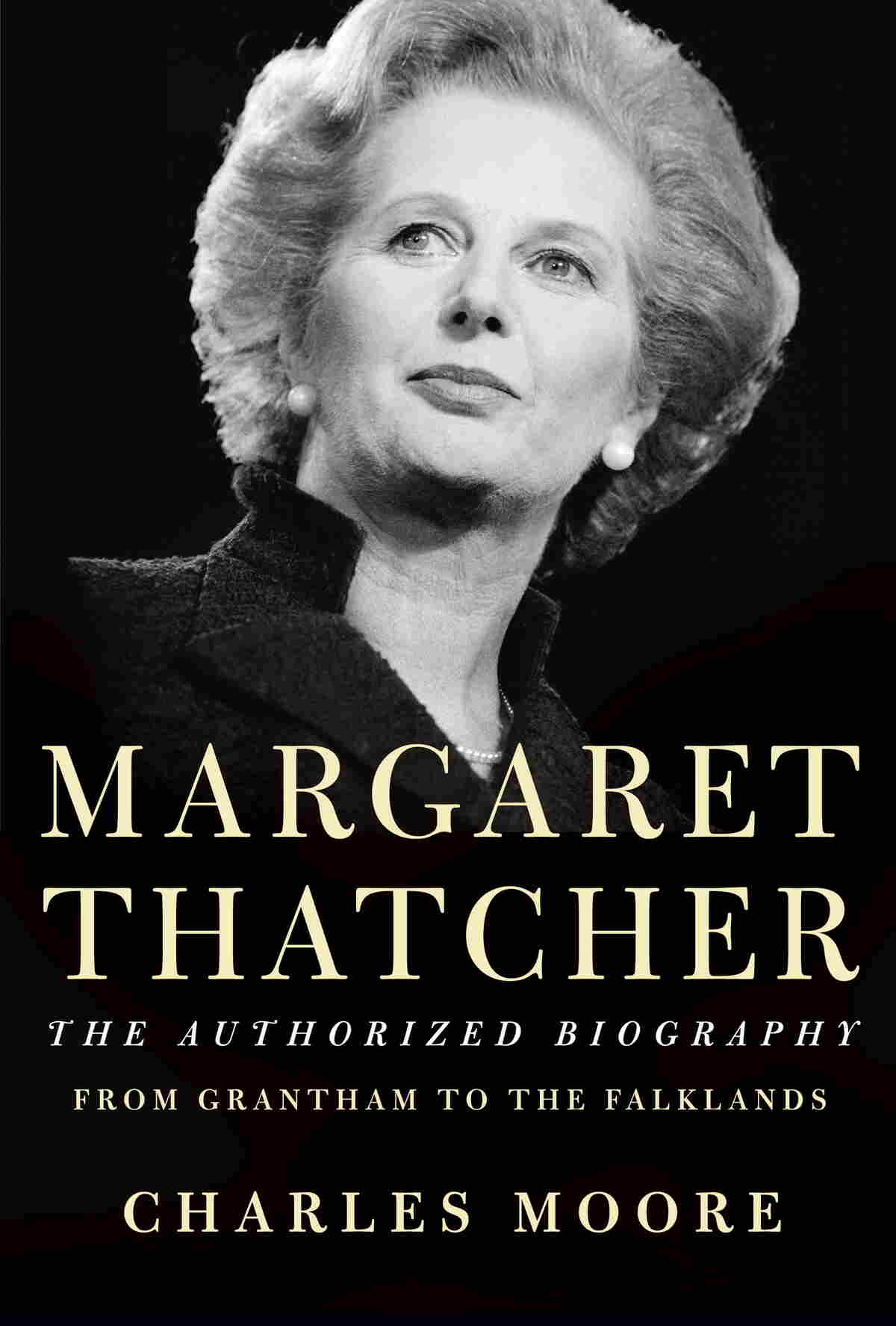 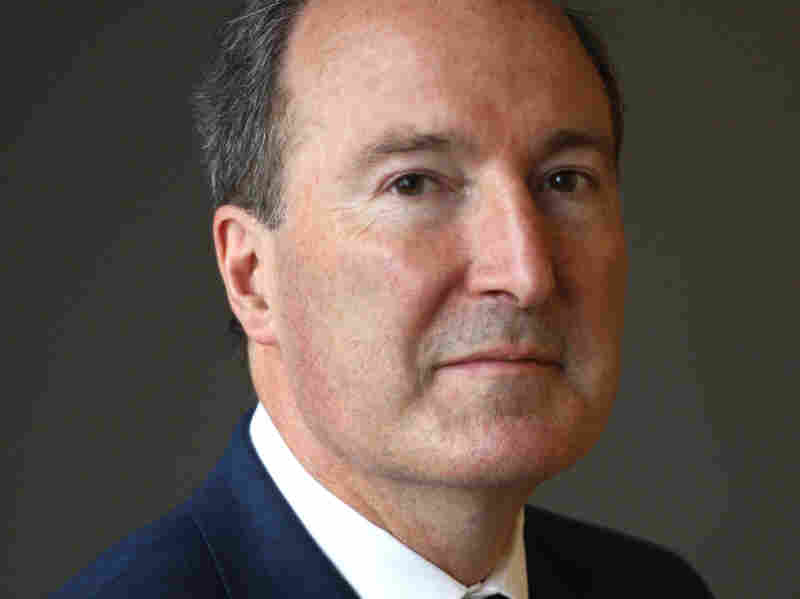 Charles Moore is a former editor of The Daily Telegraph, The Sunday Telegraph and The Spectator. Michael Lionstar/Knopf hide caption 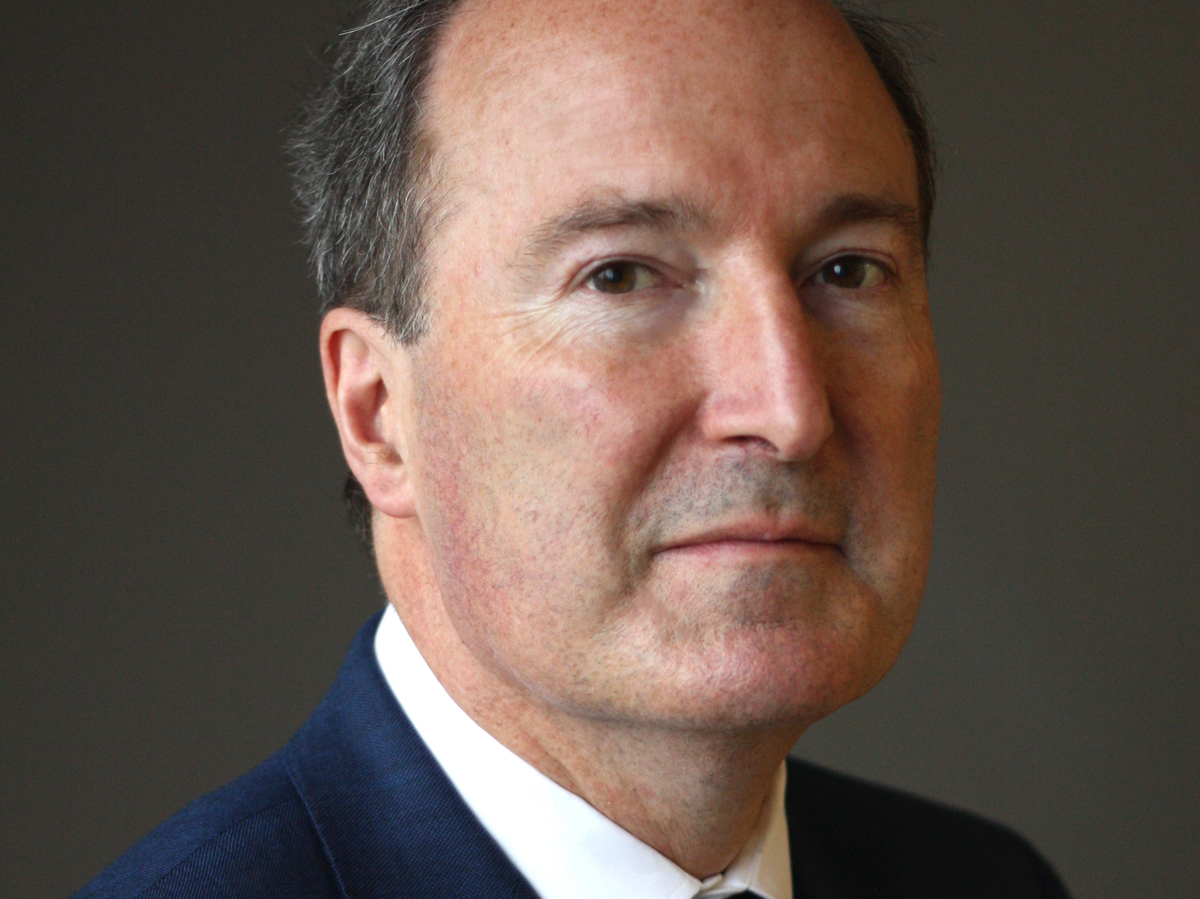 Charles Moore is a former editor of The Daily Telegraph, The Sunday Telegraph and The Spectator.

Early on in Charles Moore's biography of Margaret Thatcher, he describes a birthday party at which a school friend tells the future prime minister, "If you don't stop bossing us, I shall stamp on your foot."

It's not hard to imagine that a great many people have wished they could say the same thing to her over the 11 years Thatcher spent as prime minister of the United Kingdom, from members of Parliament to routed Argentine generals. But in his new biography, Moore tries to soften the image of a bossy, domineering Iron Lady. Drawing from interviews and her personal letters, he forms a more complete picture of Thatcher in the years from her childhood in Grantham to the Falklands War (a second volume about the rest of her life is forthcoming).

Moore, who was the editor of the conservative newspaper The Daily Telegraph from 1995-2003, was handpicked by Thatcher to write her authorized biography. She gave him access to an extraordinary wealth of letters and papers, on the condition that the book not be published before her death. Consequently, it seemed likely that Moore — himself a conservative Tory and a longtime supporter of Thatcher — would write little more than a hagiography. But, though he clearly admires Thatcher (she is, as he says, "someone about whom it is almost impossible to be neutral"), he has produced a remarkable biography. The research is staggeringly thorough, and the storytelling vivid and unrelentingly interesting.

One of the many pleasures of Margaret Thatcher is Moore's flair for political drama. In one entertaining episode, as Thatcher was running for party leadership, an interview came out that quoted her saying she bought canned foods in bulk. The press, egged on by her opponent, accused her of hoarding — a serious charge in postwar Britain, which had food rationing until the mid-1950s. She retaliated by inviting the papers into her home to take stock of her larder — a brilliant move that, as Moore points out, not only debunked the accusations, but made her opponent seem silly. Moore exults in these small dramas, as well as the larger ones.

Among the revelations of the book are the details of her romantic life. Moore's unprecedented access to her journals and letters lets him prove that, though she denied it, she dated other men seriously before marrying Denis Thatcher. More shockingly, up until he proposed, she was a little lukewarm about him. At one point, she even wrote to her sister, "I can't say I ever really enjoy going out for the evening with him. He has not got a very prepossessing personality." Moore does his correcting gently, calling her claim that she didn't date anyone before Denis Thatcher an "understandable untruth."

A more serious revelation is that Thatcher, though she publicly said that she would not engage with paramilitary groups, had secret proxy negotiations with the IRA during the 1981 Irish hunger strike. Thatcher was both detested and admired for her refusal to budge as 10 Irish Republican prisoners slowly starved themselves to death in jail, including Bobby Sands, who was elected to Parliament from prison. Moore writes: "Mrs. Thatcher went against her public protestations about not negotiating with terrorists, and actively did so, though at a remove." Had this been known at the time, it would have been a major scandal.

Though Thatcher was Britain's first female prime minister, she wasn't especially interested in being a female pioneer — she bragged more often about being the first prime minister with a degree in science. Like Thatcher, Moore's views on gender seem conflicted. On the one hand, he notes with clear disdain, "The courtesy shown to women Members [of Parliament] had the effect of cocooning them in a cosy irrelevance," and refers again later to the "parliamentary female ghetto." At one point, mentioning her unwillingness to invite certain male university friends over, he notes, "Despite four successful years at the university, she was still in a position of traditional, womanly weakness."

Other times, he seems oddly paternalistic, reporting warmly on her penchant for brown dresses and her good grades. Instead of, say, trying to illustrate that toughness and femininity are not antithetical, Moore domesticates Thatcher. The first third of the book scarcely mentions any event in her life without also describing her outfit. Much is made, too, of her housekeeping: She doesn't just clean — she cleans "with characteristic domestic enthusiasm." Odd little gendered statements populate the book — what, exactly could he mean when he says that Thatcher's "female conscientiousness" was one of her political assets?

This kind of sprawling, discursive book provides a portrait of the biographer as well as the subject. The impression that emerges is, on the one hand prim, patrician and a touch elitist, and on the other, smart, drily funny and well-informed. A little bit of a know-it-all, Moore litters his account with small, fussy jabs. At one point he writes that Thatcher's favorite poetry shows no "originality of literary taste." And when she wrote in a letter that the British sparkling wine Moussec is a "sparking champagne", he notes, primly, "Actually it is an ersatz champagne."

He makes almost no criticisms of policy, though he frequently portrays Thatcher as more of a hard worker than a brilliant thinker, characterizing her as "ill equipped for intellectual battle." Frustratingly, this kind of casual pronouncement rarely comes with a justification. But Margaret Thatcher is so expansive, so sophisticated and so well-written that it's hard to be overly upset by occasional and slight incursions of Moore's personal views. He's paired the research methods of a historian with the kind of writing you only find in the best political journalism — fluid, understated and clean.

Read an excerpt of Margaret Thatcher