For Pixar's 'Monsters,' A Sophomore Slump

For Pixar's 'Monsters,' A Sophomore Slump 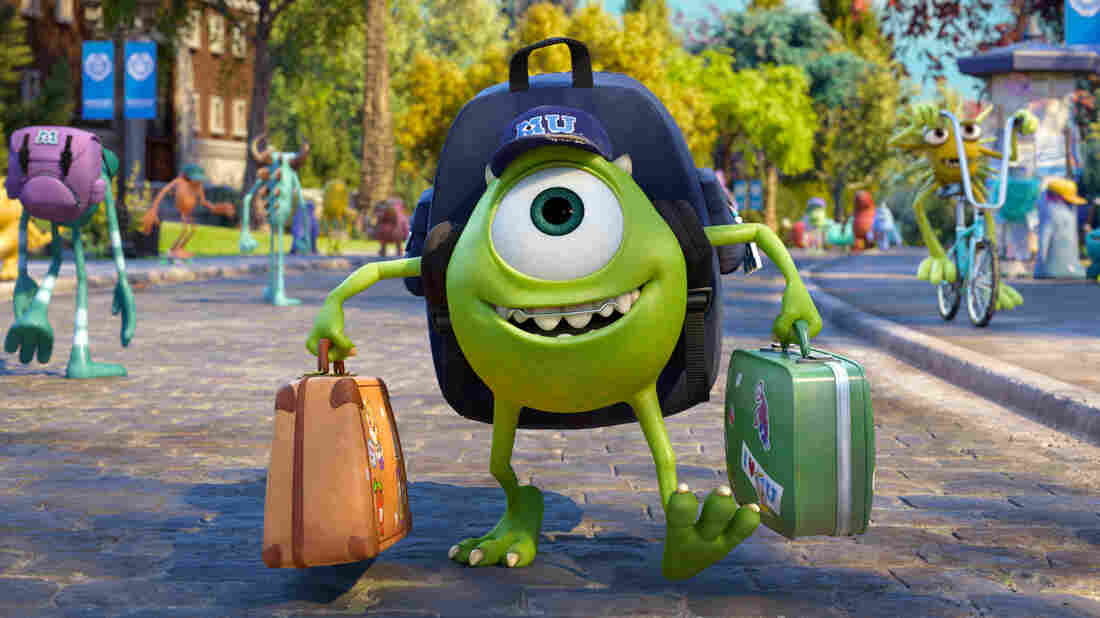 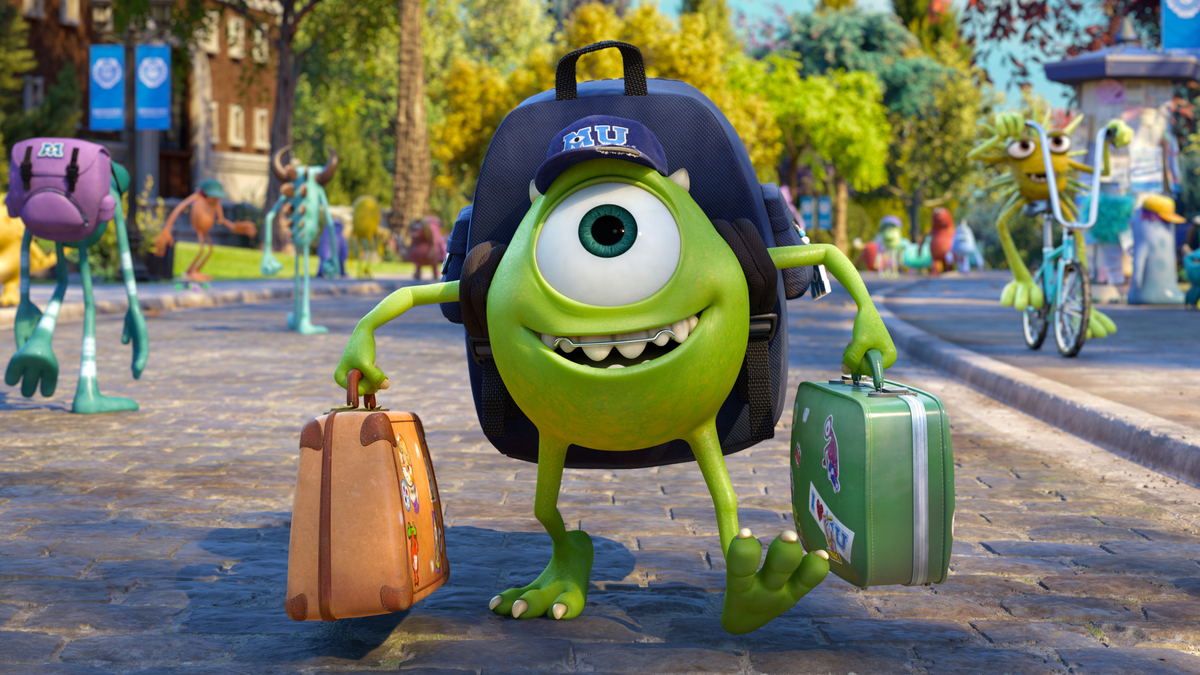 From 'Monsters University' - 'Thanks For Stopping By'

'Thanks For Stopping By'

From 'Monsters University' - 'This Party Is For Scare Students Only'

'This Party Is For Scare Students Only'

It's a big month for origin stories: first the Man of Steel, now the Eye of Green and the Abominable Furball of Blue — aka Mike and Sully, top scarers at Monsters, Inc. How did they become the best of the best, you ask? You didn't ask? Well, Pixar's got the answer anyway: They trained at Monsters U.

Sully, the big blue furball growled by John Goodman, is singled out on the first day of classes as a "monster who looks like a scarer," which annoys Billy Crystal's Mike, the green eyeball for whom scaring does not come nearly as naturally. He's into studying; Sully's into partying. Of course they end up rooming together. And being bounced from the residence hall, too, by Helen Mirren's bat-winged, centipede-legged Dean Hardscrabble, which leaves them no option but to join Monster U's lamest fraternity, Oozma Kappa. There they're joined by monsters of the decidedly cuddly variety. Scarejinks ensue.

It's been 12 years since audiences fell for Mike and Scully's digitized odd-couple act — or roughly an eon when it comes to advances in animation technology. Back when Monsters, Inc. came out, the digital wow factor was provided by Sully's lifelike turquoise fur. These days, the baseline is so much higher that differences in texture barely register. Scenes can contain not two or three, but dozens of tentacled, rubber-necked, silken-scaled and variously fuzzed monsters. A goodly number have what look like sewn seams around their mouths or faces — not unlike the toys they've doubtless inspired.

What hasn't advanced is the plotting, which was nothing special last time and is so formulaic now that it's basically surprise-free. Granted, you don't want a G-rated monster movie to deliver many actual scares on its way to life lessons about working together. And for kids, this one won't be. But some adults may be alarmed, if only by this latest evidence that sequelitis has infected Pixar.

Things started well with the Toy Story sequels, but more recently we've gotten a pedestrian Cars 2, now a passable Monsters University; just beyond that next reef, there's Finding Dory. Here's hoping Pixar shakes it off before the animators there start walking around like the rest of Hollywood — glazed, zombielike, with dollar signs clouding their vision.