Accessibility links
Is It Ethical? Universities Pay Newspaper For Coverage The Orange County Register in Southern California recently started devoting weekly sections to local universities, after the paper approached the schools to fund the sections. Critics say it's a breach of ethics, while supporters say journalism needs to find new ways to pay for itself. 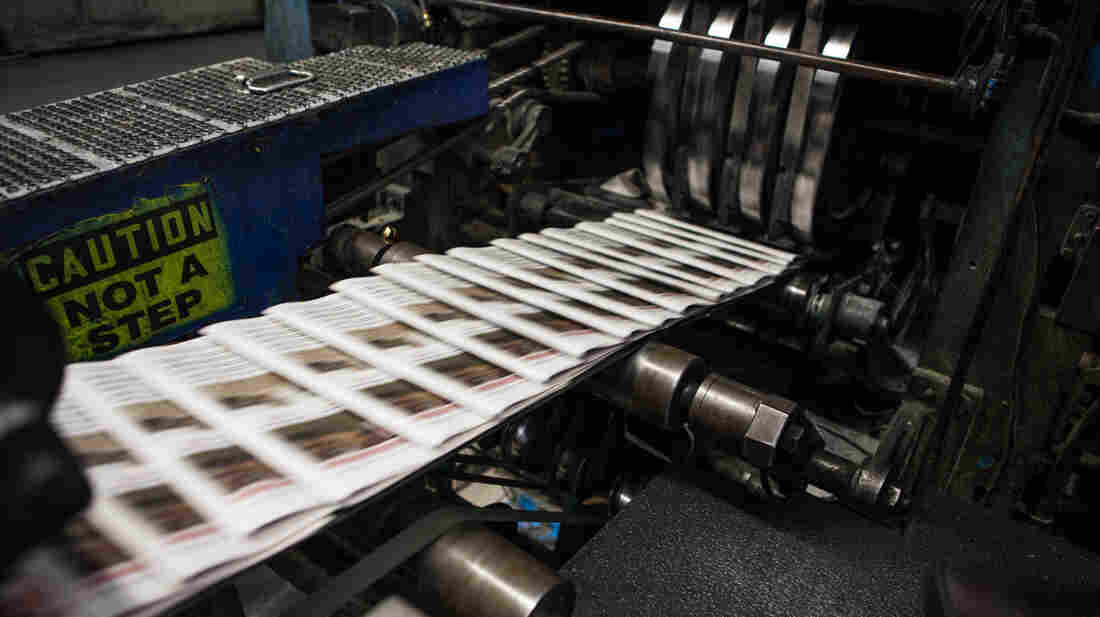 Copies of The Orange County Register slide through the presses. The Register is the country's 20th most-read daily, with a circulation of about 285,000. Grant Slater/KPCC hide caption 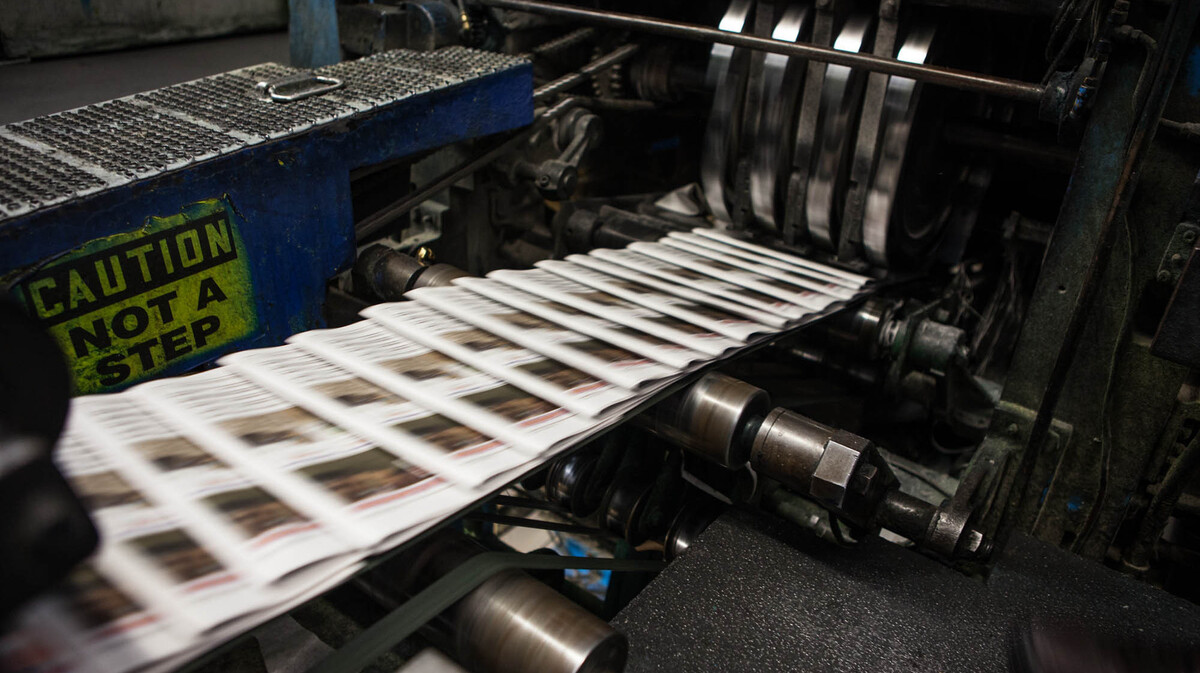 Copies of The Orange County Register slide through the presses. The Register is the country's 20th most-read daily, with a circulation of about 285,000.

This spring, readers of The Orange County Register in Southern California started seeing much more coverage of local universities. What they probably did not know is that the stories are paid for by the schools. Depending on whom you ask, it is either a smart way to bring in revenue, or a serious breach of journalism ethics.

Earlier this year, the newspaper's executives offered three schools a deal: Pay us $275,000, and we will give you a year's worth of weekly sections — filled with feel-good features, smiling pictures of students and guest columns written by faculty.

A Deal That Was Hard To Resist

"For me to march into a newspaper and say, 'You should do a section on our university each week,' my past experience is one that would indicate that that wouldn't really be an appropriate ask," Cook says. 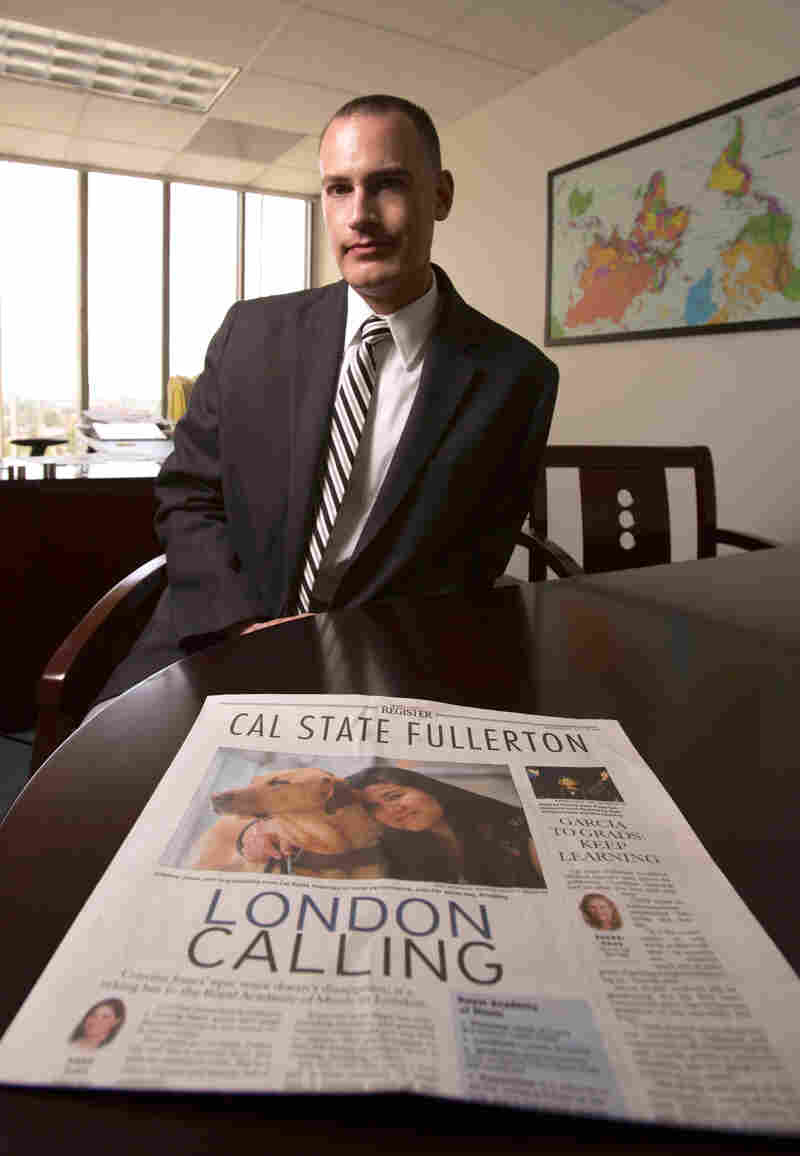 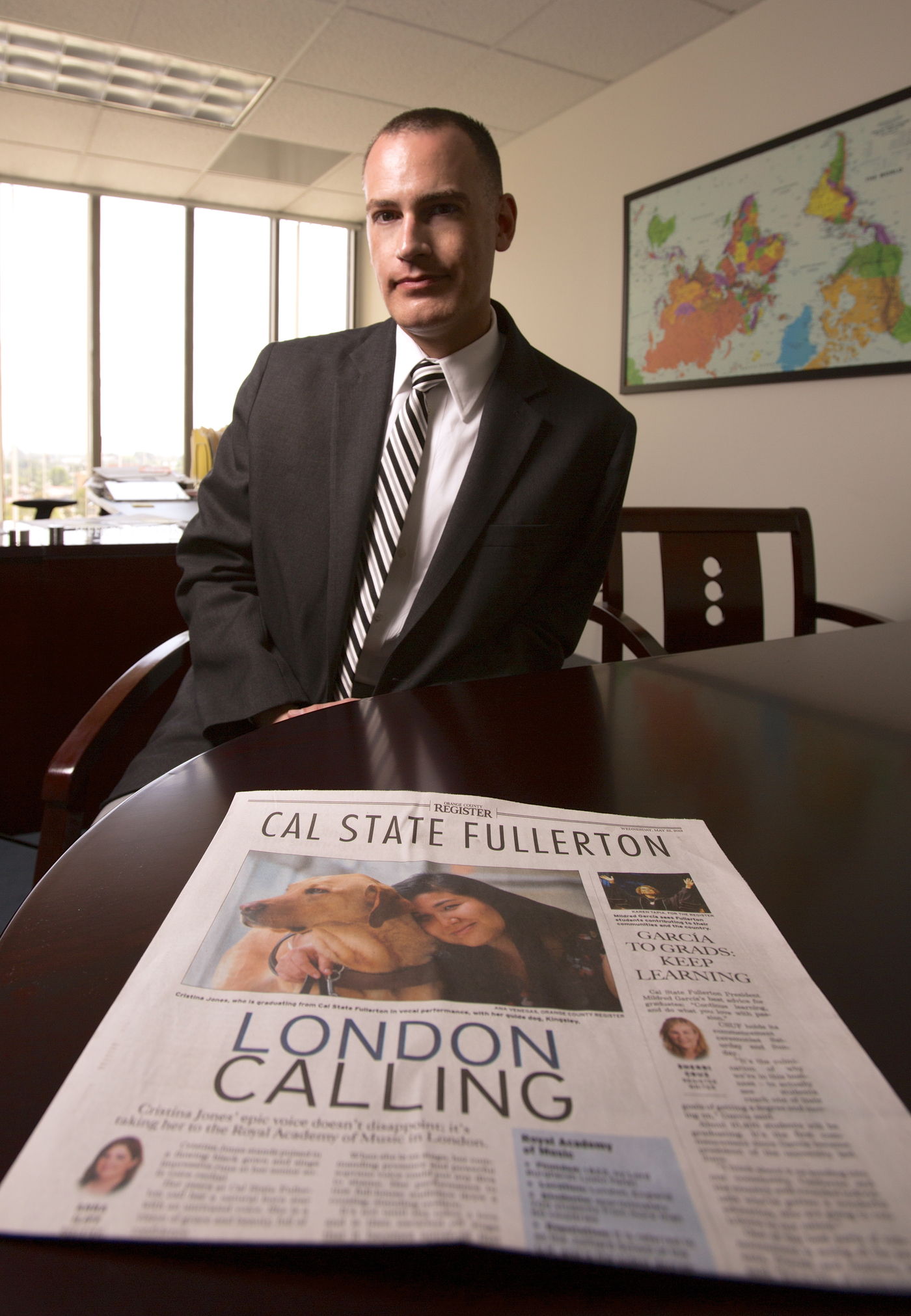 Jeffrey Cook, chief communications officer at Cal State, Fullerton, says The Orange County Register's proposal to have local universities fund the paper's coverage of them seemed almost too good to be true.

Cook was so excited about The Register's offer that he forked over almost all of his department's advertising budget. The money comes from fees the public university generates. No taxpayer dollars are used.

Cook says Fullerton's operating budget has been slashed by some $40 million over the past few years due to state cutbacks, so it is important to attract private donations.

"Part of the process of connecting with donors, of demonstrating that Cal State Fullerton is investment worthy, is presenting them with legitimate points of pride about the institution," he says.

A Breach Of Journalism Ethics?

Jeffrey Brody, a journalism professor at Fullerton, says this story could be a case study for his class.

"When I worked as a journalist, and I did work at The Orange County Register for more than 10 years, it was clear that journalists should refrain from taking even meals from sources. Now we have sources paying for entire sections. I mean, it creates an image of impropriety," he says.

A copy of the contract between The Register and Fullerton obtained by KPCC says the university is expected to "actively collaborate" with the paper on story ideas. It makes clear that The Register "retains final authority on story selection and editing" in order to "preserve credibility."

But Brody says the paper's new owner and publisher, Aaron Kushner — who was previously a greeting card executive — does not understand a basic journalism tenet: There should be a firewall between editorial and advertising.

"I wish I could sit down and talk with him, and explain some of the traditions of American journalism," Brody says.

For his part, Kushner is unapologetic. "It's a great service for the community," he says.

He says the university sections are among the paper's most popular with readers, and the deal with the schools is hardly news.

"Having advertisers in a section that's relevant for both the advertisers and the subscribers isn't a particularly unique model. That is the newspaper model," Kushner says.

He says the arrangement is no different than a car manufacturer taking out ads in the auto section.

"Does it color our coverage of those sectors? Not if we're doing our job," he says.

Tom Rosenstiel, executive director of the American Press Institute, agrees with Kushner. The media critic sees no problem with the arrangement as long as The Register is transparent. But, he says, ultimately, readers will be the judge. Do they feel like they are reading press releases or news stories?

"The devil is in the execution. You could be damaging the asset of a news operation, which is its credibility," he says.

Rosenstiel says as all newspapers struggle to survive amid declining ad sales and readership, they will have to be increasingly creative about finding new sources of revenue.