Accessibility links
Obama's Pick To Lead FBI Adds New Layer To Privacy Debate President Obama will nominate Jim Comey to be the country's next FBI director on Friday. Comey is best-known for raising alarms about a secret surveillance program during the Bush years. That issue has taken on new resonance after the latest revelations of government surveillance. 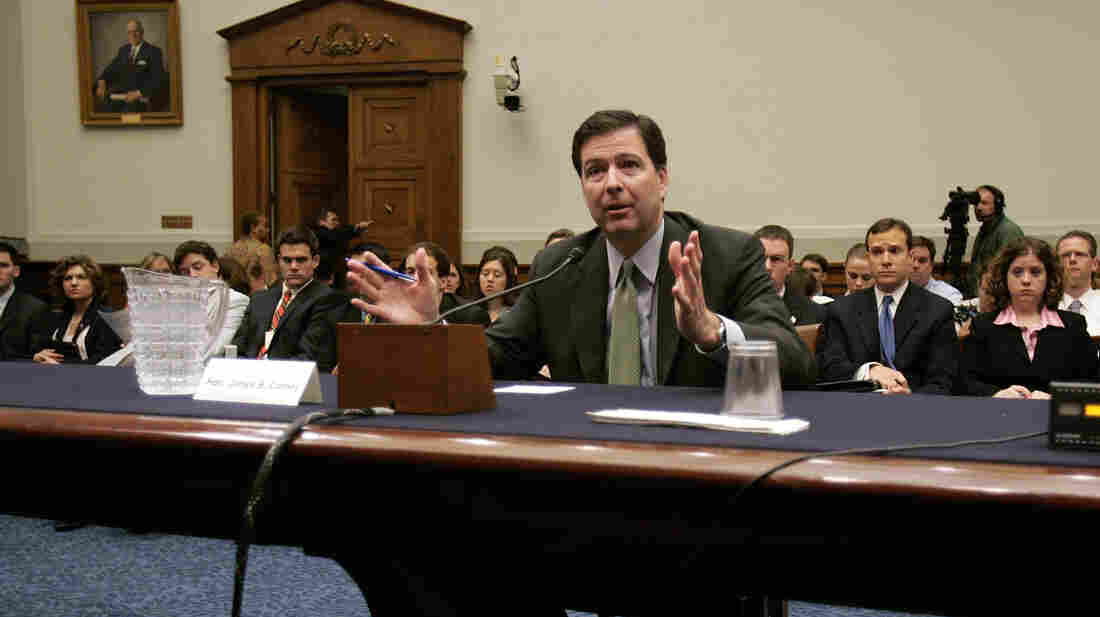 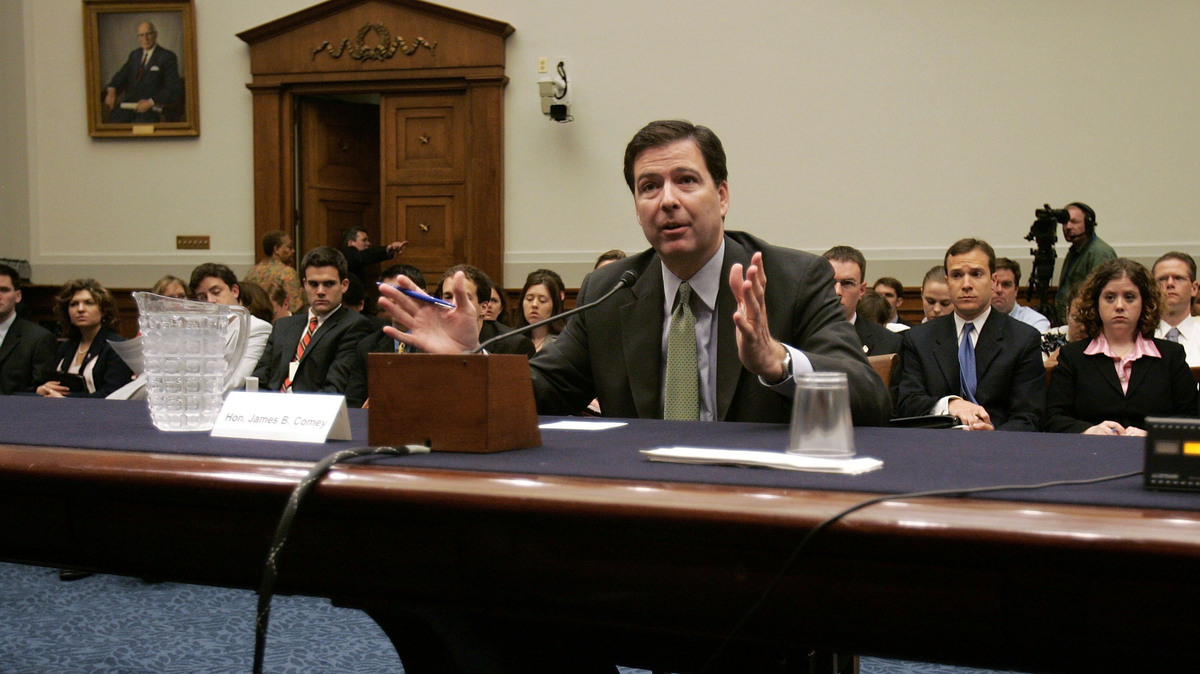 President Obama will formally nominate Jim Comey to be the country's next FBI director on Friday.

Comey, a registered Republican and longtime federal prosecutor, is best-known for raising alarms inside the Bush White House about a secret electronic surveillance program. That issue has taken on new resonance after disclosures about the Obama administration's dragnet collection of American phone records.

Comey's famous surveillance-program standoff during his time in the Justice Department under President Bush cemented his reputation as a person who stands up for what he believes.

"I actually give speeches about: Wouldn't it be awesome if we could design a workplace where people will actually speak truth to power and embrace the idea that they don't know stuff? Where people will have enough confidence to be humble?" Comey says in a video for the hedge fund where he used to work as a lawyer.

The key question now for civil liberties groups worried about broad government surveillance is exactly what Comey OK'd during his time as deputy U.S. attorney general.

"We want to make sure that Congress investigates the program that Mr. Comey opposed," says Michael German, who works on policy at the American Civil Liberties Union in Washington, D.C., "but also what he approved, because that's really part of the problem. ... These programs were redesigned after that confrontation in some way that we still don't know."

Civil liberties advocates also want to know what Comey thinks about the programs President Obama has been operating lately.

Comey's nomination and his upcoming confirmation hearings in the U.S. Senate could provide a rare opportunity for some answers.

Rep. Adam Schiff, D-Calif., introduced a House bill Thursday that would force some material from the secret Foreign Intelligence Surveillance Court out into the open.

"It's important, I think, not only that the laws themselves are public but the interpretations that can broadly impact what the government can do also be made public whenever possible," Schiff told NPR in an interview.

Schiff also floated the idea of requiring telecom companies to hang on to Americans' phone records for years, allowing the FBI and the National Security Agency to request specific information, rather than having the U.S. government keep all that material in a huge database, as happens now.

"I think the public would have much more confidence in the privacy of that data if it was maintained by the companies rather than the government," Schiff added.

It's not clear what Comey thinks about that idea. But the man he is in line to replace, current FBI Director Robert Mueller, told senators on the Judiciary Committee this week to be careful about tying investigators' hands when it comes to national security.

"There are going to be additional terrorist attacks," Mueller said. "One of the most debilitating things for those of us in ... our positions is to try your darndest to prevent it, but there will be an attack, and then you are immediately attacked for 'Why didn't you do more?' "

German of the ACLU, himself a former FBI agent, points out that it has now been almost a dozen years since the Sept. 11 terrorist attacks — and studies have found that some of the intrusive government surveillance in place since then doesn't even work.

"Part of the problem with this type of blanket surveillance is that it's very hard to weed out the false positives," German says.

So far, few major obstacles have emerged to Comey's nomination. New Jersey Gov. Chris Christie, a Republican, told a crowd in Ocean City last year that Comey has a disarming way with critics. Christie remembered a chat they had back during the Bush years, when they both worked at the Justice Department.

"And I said, 'You're a Republican working for George W. Bush and you're going to The New York Times editorial board? Do you have a death wish?' " Christie recalled. "And he said to me, 'Chris, it's much harder to hate up close.' And I will tell you, it's one of the smartest things anybody's ever told me about leadership."

Comey will find out if it's still true when he heads to the Senate later this summer.