Accessibility links
Shake, Rattle And Rally: Code Songs Spurred Activism In Birmingham In 1963, civil rights activists wanted to recruit more of the city's young people to the cause. The way to their hearts was often through DJs and music. 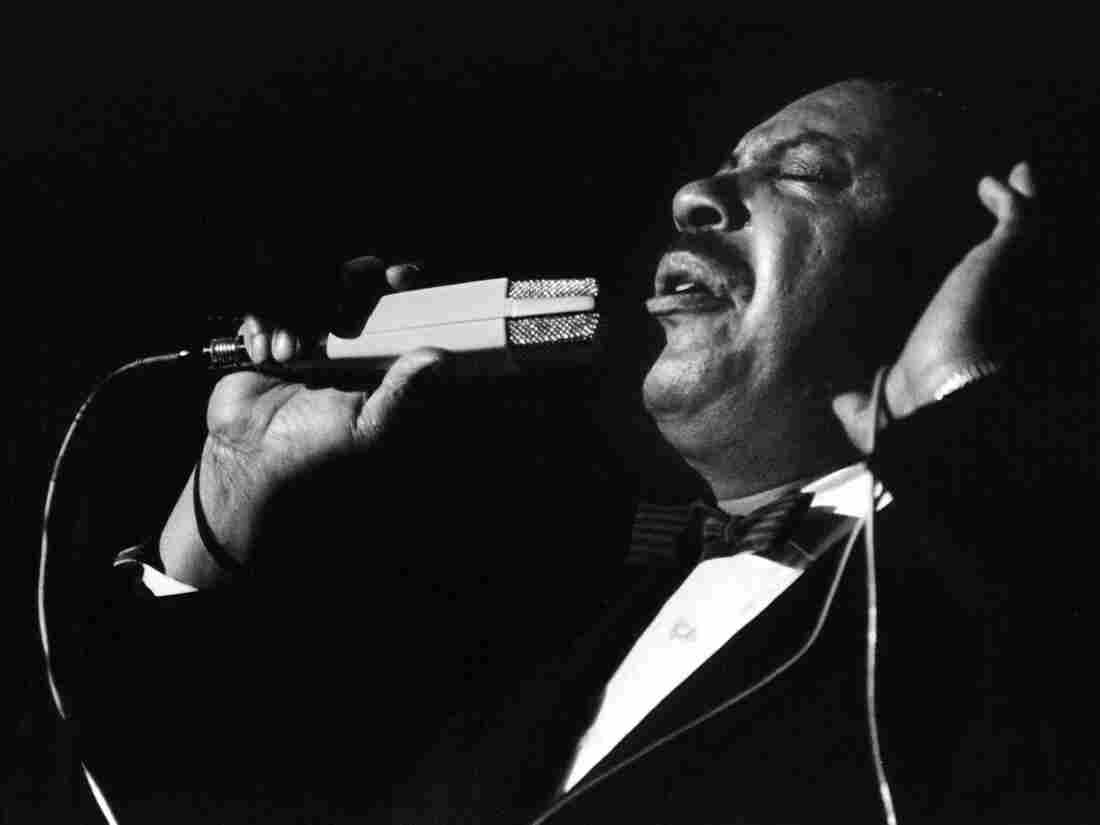 When played on the radio in 1963, songs like Big Joe Turner's "Shake, Rattle and Roll" were code to Birmingham youths, telling them to assemble. Jan Persson/Redferns hide caption

In 1963, civil rights activists wanted to recruit more of the city's young people to the cause. The way to their hearts was often through DJs and music. These days, Shelley "The Playboy" Stewart is the head of a major marketing firm, but in the 1950s and '60s, he was a popular DJ in Birmingham, Ala.

"They called me crazy, because I wouldn't say 'Miss so and so' on the air if a kid happened to be white," Stewart says. "I would say, 'Darling, so glad to have you on the call today, sweetheart.' And, you know, that's just not good — that's bad habits in the '50s in Birmingham, Ala."

Stewart was one of several outspoken disc jockeys — part of a group of black DJs who at one point angered the Ku Klux Klan so much that its members cut down the radio tower for the popular black station WENN. Civil rights activist James Bevel reached out to Stewart and another DJ — the late "Tall" Paul Dudley White — to help draw more kids into the movement.

"We had talked, and we had discovered that the adults would not respond," Stewart says. "They were afraid to come out and go to meetings because of fearing — losing their jobs because they were threatened by their employers. But the children were saying, 'We want our freedom,' and they were listening to what was going on on the radio. We knew that."

The DJs worked with civil rights activists to secretly spread the word about rallies or workshops they were having. Stewart says they'd sometimes signal kids by playing a certain song — one that might sound out of place in a playlist of 1960s funk stars, like Big Joe Turner's 1954 tune "Shake, Rattle and Roll."

Sometimes, the DJs would repeat coded phrases that the activists used that might signal the kids to prepare to march.

"We would say things like, 'Bring your toothbrush. You ought to brush your teeth,' " Stewart says. "That's not normal."

That meant you might spend the night in jail, so you need to bring a toothbrush.

Stewart says he was stunned when police commissioner Eugene "Bull" Connor met the youth marchers with fire hoses, a K-9 unit and school buses to haul them to jail.

"Kids walking up to you and parents coming down screaming and hollering about the brutality that's taking place. ... The children themselves, they were not backing down," Stewart says. "I cried, everybody cried, but the children said, 'I'm not afraid of your jail. I want my freedom.' "