Accessibility links
Movie Review - 'Laurence Anyways' - Into Womanhood, With A Girlfriend Hand In Hand Director Xavier Dolan marries thematic urgency and stylistic idiosyncrasy in a sophisticated, emotionally honest story about a man becoming a woman — and the girlfriend who does her best to make the journey too. (Recommended) 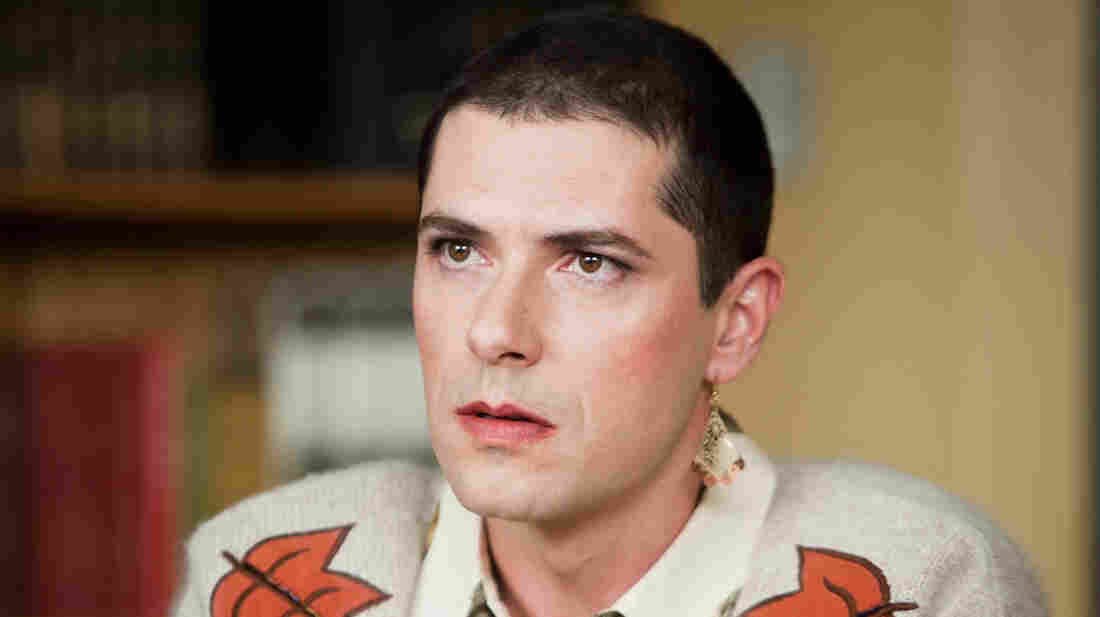 As the title character (Melvil Poupaud) begins a new life as a woman, Laurence Anyways tracks the ups and downs of a relationship that will face more than one test. Breaking Glass Pictures hide caption 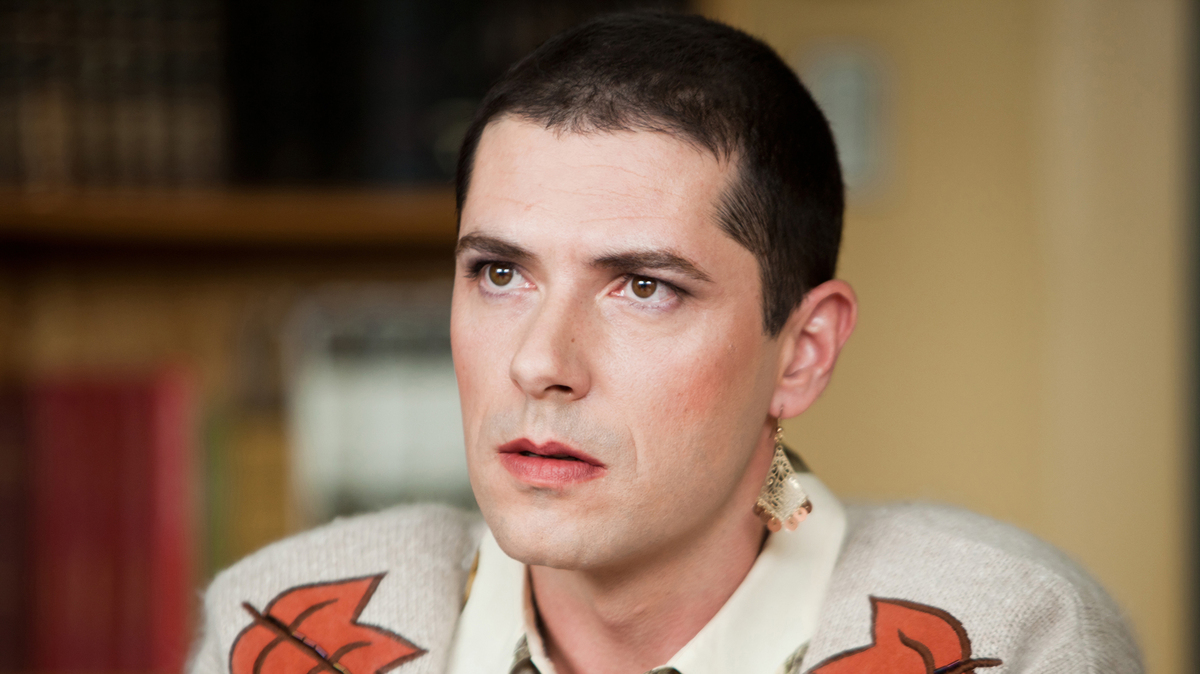 As the title character (Melvil Poupaud) begins a new life as a woman, Laurence Anyways tracks the ups and downs of a relationship that will face more than one test.

From 'Laurence Anyways' - 'Do Looks Matter To You?'

'Do Looks Matter To You?' 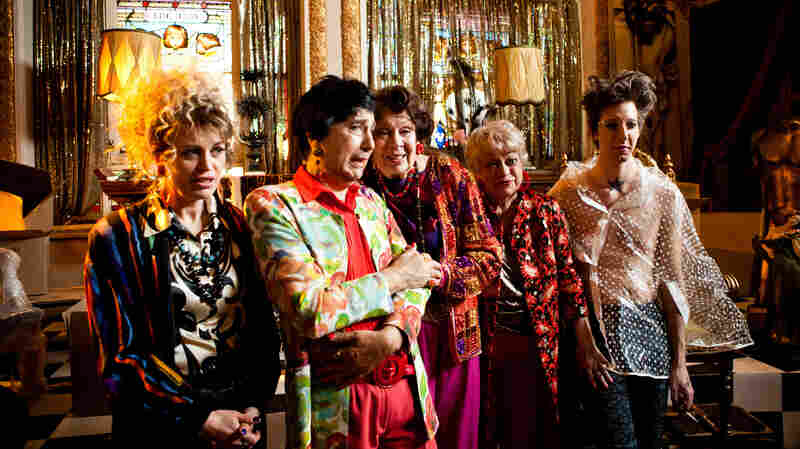 As she negotiates her new life, Laurence finds support among new communities, including a drag entertainer billed as Baby Rose (far right), who performs as part of The Five Roses. Breaking Glass Pictures hide caption 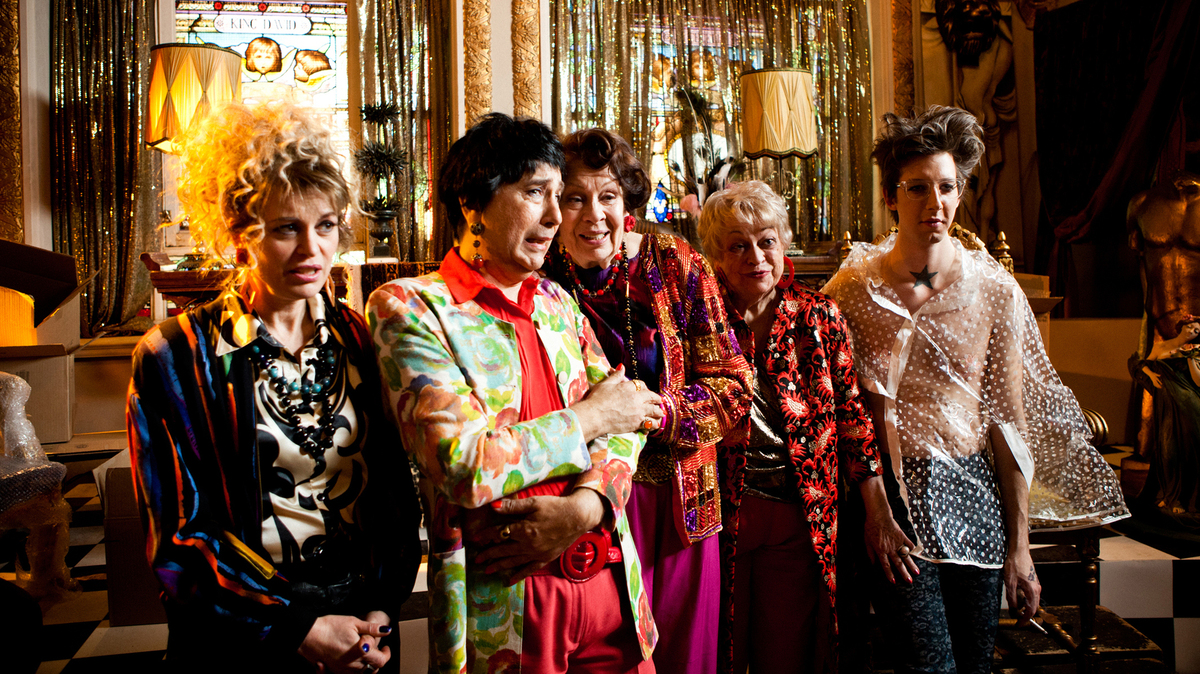 As she negotiates her new life, Laurence finds support among new communities, including a drag entertainer billed as Baby Rose (far right), who performs as part of The Five Roses. 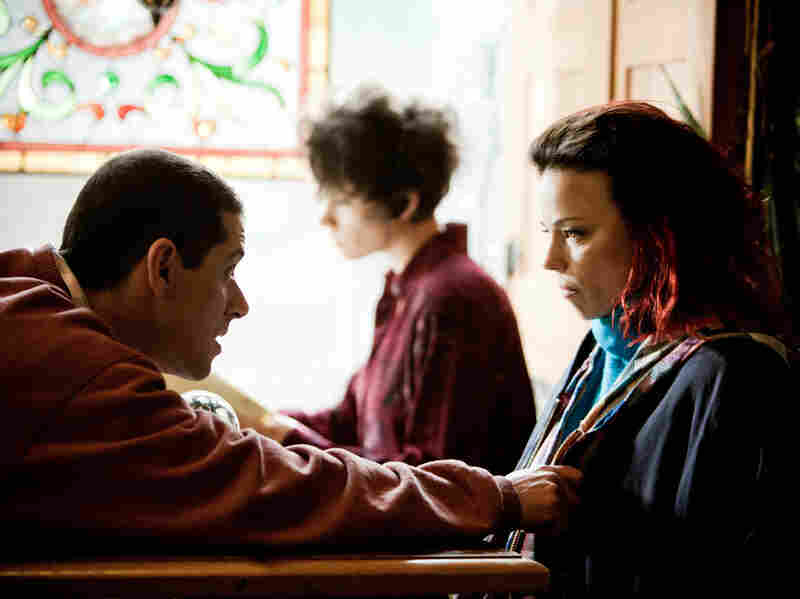 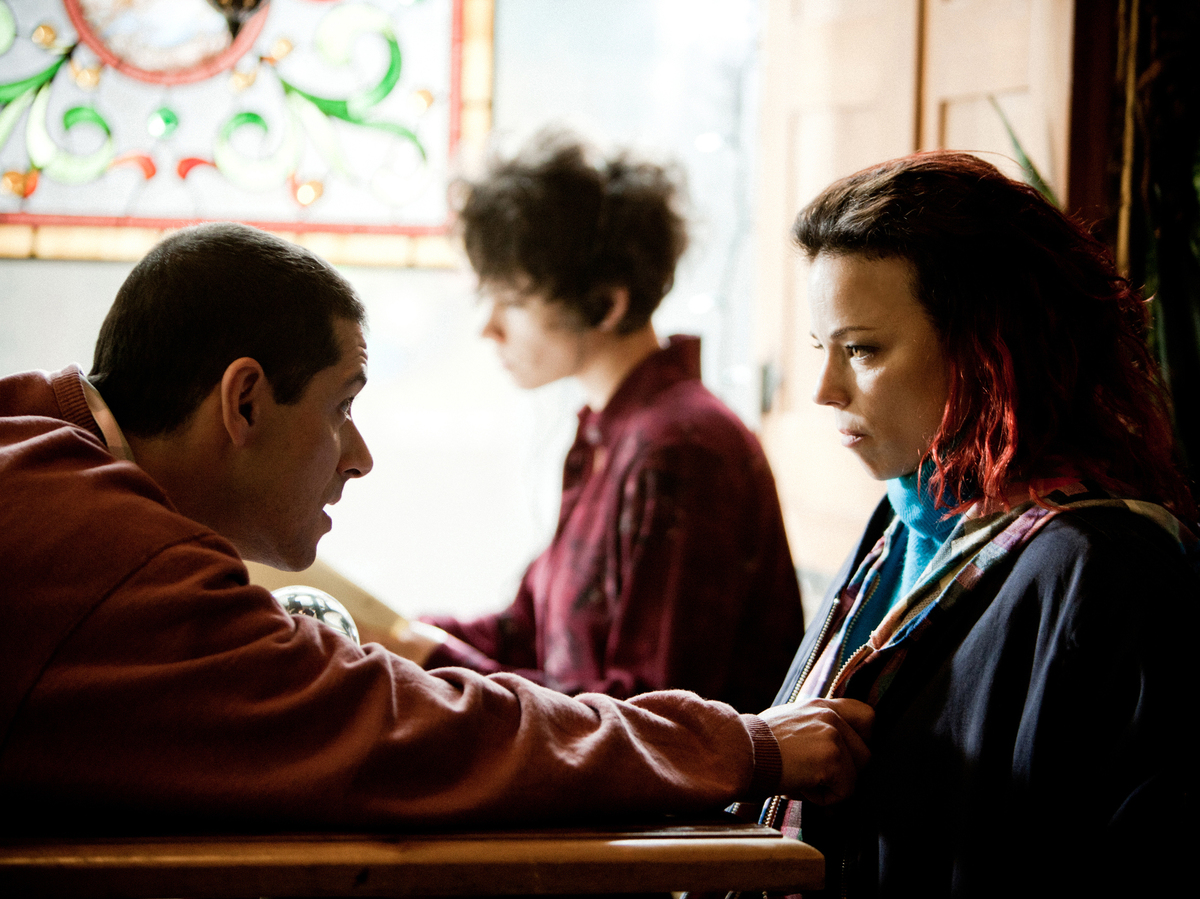 Though she supports and loves Laurence, Fred (Suzanne Clement) has trouble adjusting to the realities a gender transition entails.

Laurence Anyways begins with several close-ups of strangers pinning the passing camera with looks of surprise, disdain or suspicion. The person under examination is the eponymous Laurence (Melvil Poupaud), a noted novelist who at the story's outset is about to embark upon a new life as a woman. Later, after the film has flashed back to show us her whole transition, comes an interviewer's question: "Do looks matter to you?"

We might expect Laurence, and the film, to repudiate such a blunt inquiry — to discount the importance of other people's day-to-day judgments and put their focus on self-knowledge and self-esteem. But such hopeful bright-side thinking won't do for writer-director Xavier Dolan. Laurence Anyways is a film tormented by the other's glances, its characters people who suffer precisely because of how hard it is to escape the shadow of outside perceptions.

Laurence, of course, faces the turmoil of such a gap at her very core. But so does Frederique (a superb Suzanne Clement), with whom Laurence maintains a turbulent relationship throughout Laurence Anyways. The couple's ups and downs are as much the focus of the film as Laurence's identity; they also underpin what becomes a rich and conflicted portrayal of Laurence's gender transition.

When Laurence comes out, Fred panics: "Everything I love about you, you hate," she exclaims. But she decides, in the end, to stick with the relationship, tenderly supporting Laurence — her name, being gender-neutral in French, is one thing that doesn't change — when she puts on makeup before her first foray in public as a woman, or when she struggles to find the courage to wear a dress to work.

"Our generation can take this; we're ready for it," Fred tells her doubtful sister (Monia Chokri), and for a time we believe her.

But Fred's initial acceptance — her excitement, even, at moving into uncharted territory — fades, and she begins to have trouble settling into life with Laurence as a woman. Fred loves Laurence, at times to a point that might seem self-destructive, but she can't completely dismiss her longing for a life unshaken by such upheavals, a life where her partner doesn't suffer from marginalization and often violent rejection.

In short, Fred can't entirely deny that she desires a "normal" life — a term the movie uses without ignoring either its inherent oppressiveness or the appeal of the invisibility that comes with it. At first sight, Fred, with her mildly manic behavior and bright red hair, might seem uninterested in anything as mundane as invisibility, but Laurence Anyways keenly makes the point that standing out might be less attractive when you have no choice in the matter.

Once Laurence emerges publicly as a woman, blending into the background becomes near impossible — though that's hardly the only consequence of her transition. After its opening montage, Laurence Anyways rewinds to trace Laurence's life over the course of a decade, beginning in 1989. At that point, the American Psychiatric Association listed transsexuality (and later gender identity dysphoria) as a mental illness, a fact Laurence learns only when she's fired without cause from her job as a high school teacher.

Laurence Anyways doesn't shy away from portraying these or other, more hostile injustices, nor does it have any patience for those who won't live and let live.

But the film also never judges Fred for her wavering commitment; it even shows Laurence torn between a true self and true love. During a particularly fitful period, Laurence shows up at lunch with Fred, wearing gender-neutral clothes and no makeup, rather than the feminine attire that's become her new normal.

"Why are you dressed like this?" Fred asks. "To please you," Laurence replies.

Laurence Anyways flows naturally, both thematically and stylistically, from Dolan's previous movies; here, though, he succeeds more than ever at incorporating his visual idiosyncrasies into the narrative. In I Killed My Mother and even more so in Heartbeats, the director's long slow-motion sequences and overbearing, eclectic soundtracks could feel like crutches, overused particularly during characters' moments of vulnerability.

In Laurence Anyways, with the exception of one heavy-handed scene set to Beethoven's Fifth Symphony, similar elements come together fluidly. The slow-motion, the jarring framing, the striking use of color now suggest the distance between Laurence and the world that contains and confines her; more than ever, Dolan's aesthetics accentuate the emotional honesty (and brutality) that he's always been gifted at expressing through dialogue.

Laurence Anyways also makes good on the larger ambitions of Heartbeats, in which Dolan tackled grand themes like unrequited love and obsession, but lost the richly drawn characters that were central to the success of I Killed My Mother. This film is as much a portrait of a loving if dysfunctional couple as it is an examination of identity. Without belittling the challenges and prejudices Laurence faces, Dolan places her story into larger contexts, posing questions about conformity, heartbreak, love and self-fulfillment.

Most of all, perhaps, Laurence Anyways examines what one character calls "the logic of the heart." Such a logic, Dolan pushes us to acknowledge, is nowhere near as impervious to outside influence as we might hope. It's untidy, unstable and most of all fragile — capable of being turned upside down by the simple power of a look. (Recommended)