Accessibility links
'New Strange' Stories Hold A Chilling Mirror To Life British author Robert Aickman was considered the father of the "strange stories" genre: not exactly ghost stories, but haunted tales of inner fears and unspoken desires. Now, his work is being republished, and inspiring a new generation of writers. 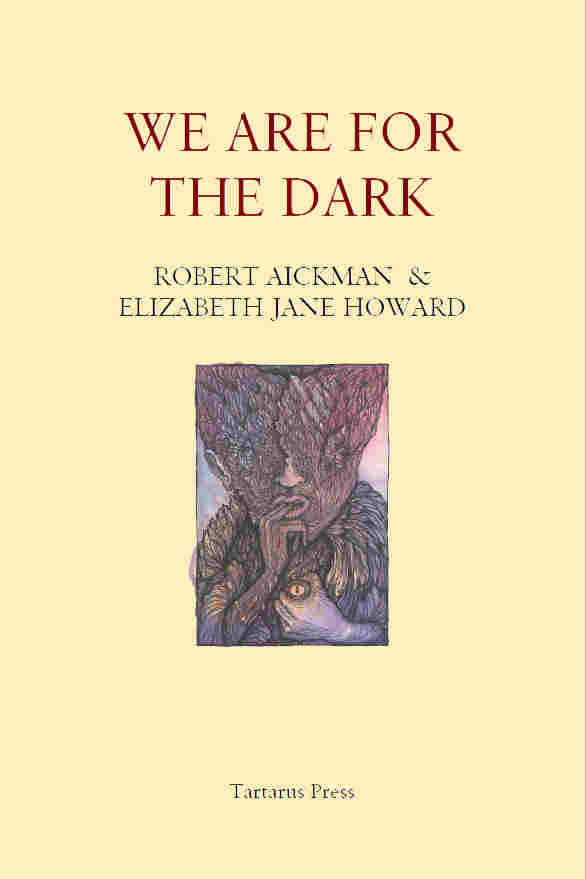 We Are For The Dark

If you want a chilly comedown from summer's heat, you can't do much better than the work of Robert Aickman (1914-1981), a master of "strange stories" whose books, long out of print, are now being republished by the small U.K. press Tartarus.

It's tempting to pigeonhole Aickman as a ghost story writer — he did, after all, edit the first eight volumes of the annual Fontana Book of Great Ghost Stories. But haunting comes in many forms, and not all of them are supernatural. After all, how many of us have ever actually seen a ghost? At best, any one of us might be able to call up a friend of a friend who has seen a shade in the shadows. It's a good bet, though, that every one of us at one time or another has been haunted by our own choices.

Aickman understood the many ways of haunting, and in his own work, he avoided invasions from the afterlife in favor of something both more grounded and more intuitive. From his first publication, 1951's We Are for the Dark, written with novelist Elizabeth Jane Howard, to his final published posthumous collection in 1985, Night Voices: Strange Stories, Aickman told us stories that gave our inner fears and unspoken desires a strange literary form. The new edition of Night Voices, just out from Tartarus, includes all the stories from the original volume, plus The Model -- a short novel set in Russia — and the introductions he wrote for the Fontana anthologies.

Now that Aickman's stories are being reprinted, they're inspiring not just readers, but a whole new group of writers in England and Ireland — many also published by Tartarus. The result is a renaissance, a rebirth, not a return from the dead — and an excellent chance to encounter Aickman's classic "strange stories" alongside what I'm calling the New Strange, stories that speak to our own haunted world.

In his introduction to one of the Fontana volumes, Aickman says that a successful ghost story "is akin to poetry and seems to emerge from the same strata of the unconscious." That idea comes through clearly in Aickman's own stories: He wasn't trying to scare his readers with the certainty of death, so much as to hold a mirror up to the uncertainties of life. Of course, to the degree that nobody likes an accurate reflection, his work still manages to be unsettling and disturbing. The power of Aickman's stories, and of the New Strange, is the power of the uninflected, unedited mirror. 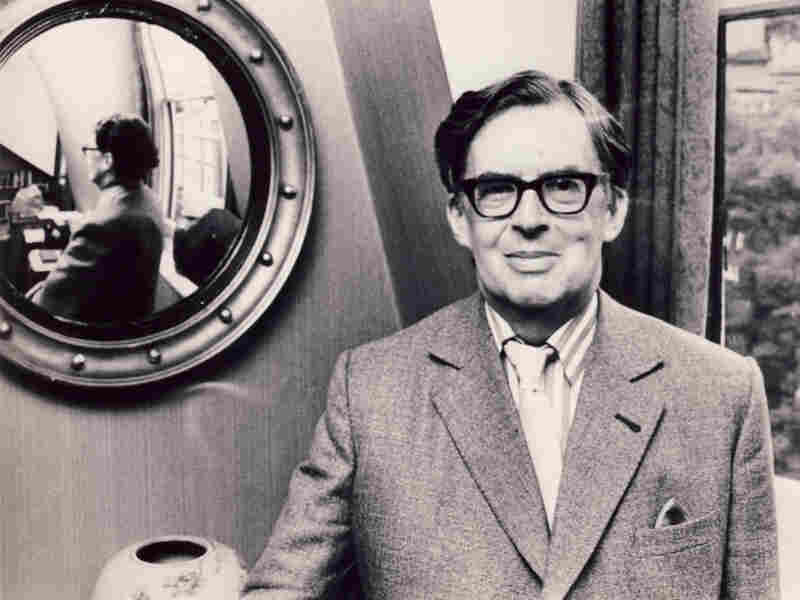 Robert Aickman (1914-1981) is considered the father of the "strange stories" genre. He was also a prominent conservationist who focused on saving Britain's canals. Tartarus Press hide caption 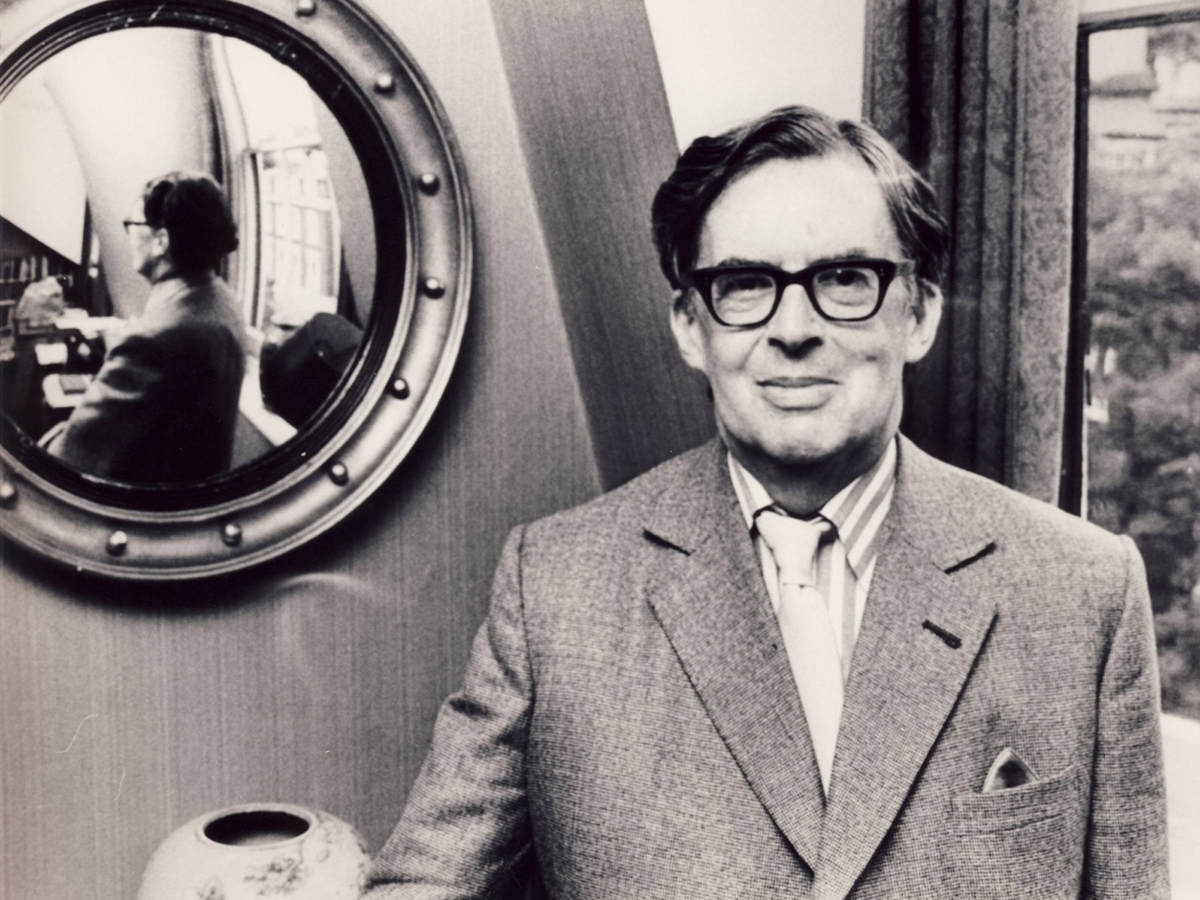 Robert Aickman (1914-1981) is considered the father of the "strange stories" genre. He was also a prominent conservationist who focused on saving Britain's canals.

Because he wrote to an inner vision, Aickman's stories cover a lot of outer territory. "The Hospice," from his 1975 collection Cold Hand in Mine, tells the story of Maybury, a motorist who is lost and finds refuge in a peculiar hotel where the food is heavy, plentiful and seemingly forced on the guests, who are not encouraged to leave. Aickman creates a feeling of deep unease, and even though the story can accurately be described as going nowhere, it leaves the reader in a state of edgy discomfort.

To a degree, Aickman believed that, like Maybury the motorist, we are all trapped: There's nowhere to go, and in fact that we are ill-advised to try going anywhere. His stories were, as he put it, meant to "open a door, preferably where no one had previously noticed a door to exist; and, at the end, leave it open, or, possibly, ajar." But these are not doors leading to haunted houses. Aickman wrote a sort of Freudian supernatural fiction, where the hauntings originated within his characters — in the words of one famous horror story, these calls are coming from inside the house.

Writers whose work fits into the New Strange share these core sensibilities, and in doing so, offer readers compelling, unusual and yet accessible new stories. Here you will find stories that reflect the disjointed, out-of-place feelings that make one feel lonely in a crowd, locked into the world yet strangely out of touch. The memories that haunt us take on fleeting form and draw us relentlessly to our own destruction, unless we happened to be headed in that direction anyway. The New Strange is a very precise mirror in which we can clearly see the invisible world.

The power of Aickman's stories, and of the New Strange, is the power of the uninflected, unedited mirror.

Readers dismayed with what they see in the mirror now can start with author, playwright and novelist Reggie Oliver. The Complete Symphonies of Adolf Hitler & Other Strange Stories is a perfect introduction to the New Strange. From a CD store customer who makes an unfortunate purchase to the harmless-seeming couple who somehow manage to be intensely oppressive, Oliver tells compelling, unusual stories that cast both light and darkness. Each story is headed by an atmospheric, intricate illustration by the author.

Angela Slatter's Sourdough and Other Stories takes a slightly different route, steering into the terrain of the fairy tale and finding the power of that genre in her created city of Lodellan. Here we meet dolls who have been given souls, children born of bread, and supernatural beings with very natural longings. Her work is so clearly grounded, her world so carefully built, that it feels little different from ours. Like Aickman, her sense of the fantastic serves to show us the weird world we hold within our own psyches.

American writer Jason A. Wyckoff hails from Ohio. It seems an unlikely place from which to recruit for the New Strange, but his collection, Black Horse and Other Strange Stories, proves to be an excellent, if more American fit. An imperfect cubicle leads to perfect nightmare, and in "The Mauve Blot," happiness comes at a rather high price. Wyckoff is quite adept at creating the peculiar combination of puzzlement, awe and intuitive understanding that Aickman first achieved.

Perhaps it is the poignant that is the ultimate goal of these works. For all that some may disturb and some may dismay, they cross the border into the realm of poetry as they dig for the emotions hidden underneath our armor. The books themselves are beautiful. They're written and published with the idea that they will be read and re-read. They're mirrors, and they'll show us exactly who we are.

Rick Kleffel edits, writes, interviews authors and reviews books at The Agony Column. In time not spent reading or writing, he cooks and occasionally sleeps.