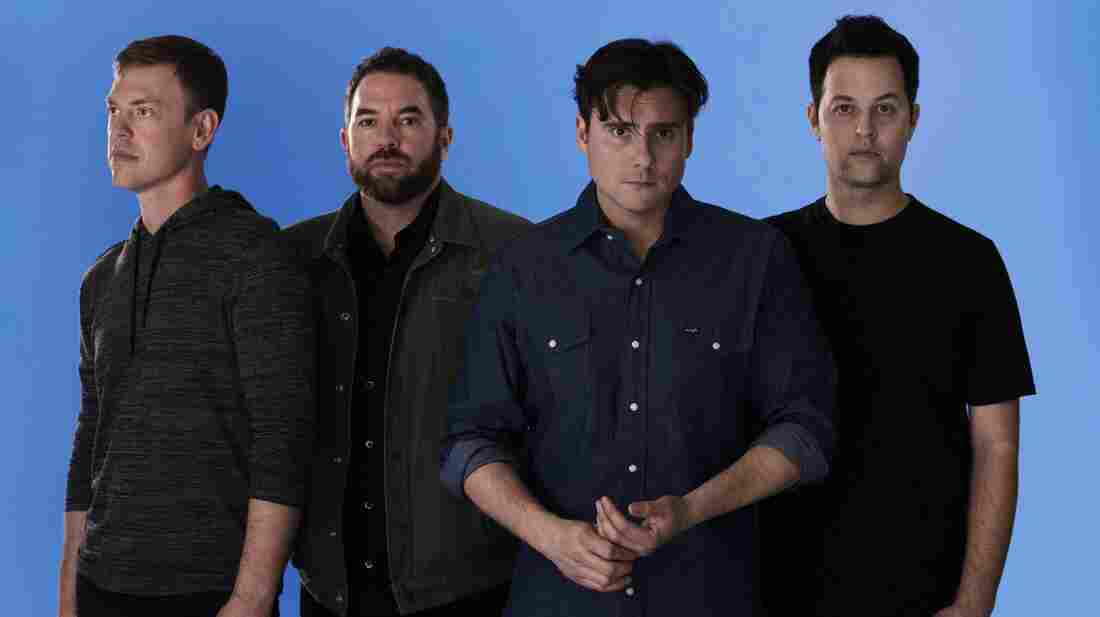 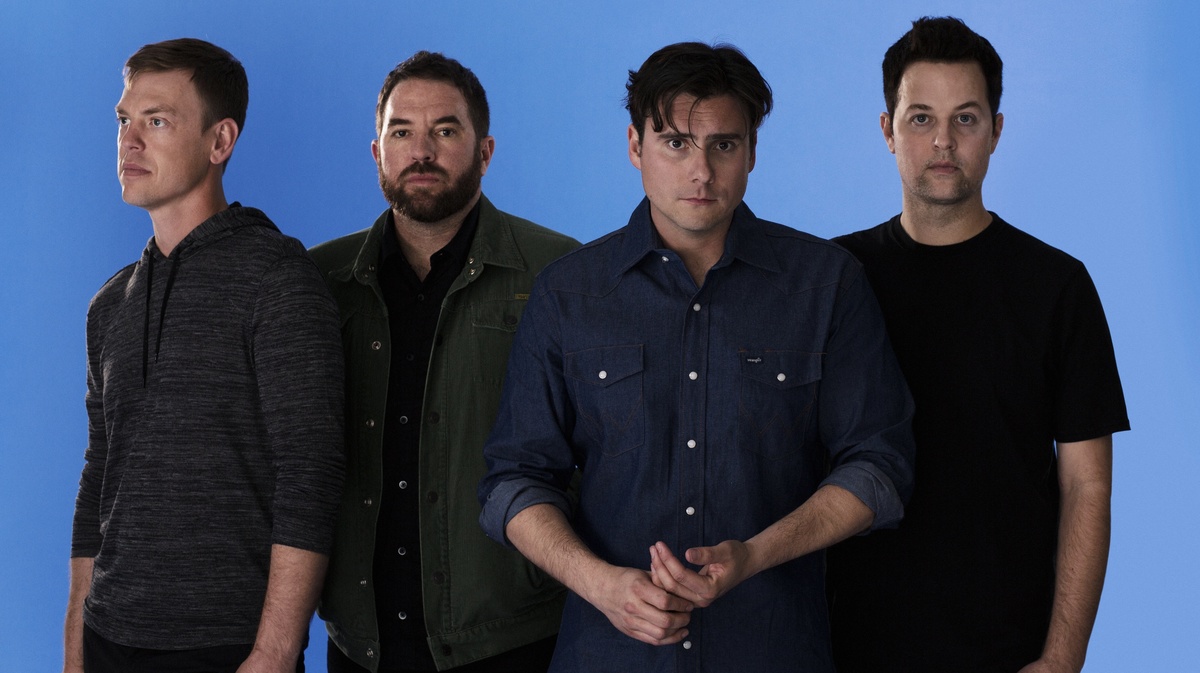 Michael Elins/Courtesy of the artist

Jimmy Eat World is perhaps best known for its hit "The Middle." The peppy tune, released in November 2001, may have been just what an America recovering from the attacks of Sept. 11, 2001, needed. But the band's timeline extends for years in both directions; this year it celebrates two decades together.

"We didn't answer an ad to be in a band together," lead singer and guitarist Jim Adkins says. "It just happened naturally. I've always known that Zach, our drummer, played drums; he knew I played guitar. We'd get together on the weekends and jam Metallica or whatever. And it just kind of evolved into a real thing."

The band is currently traveling through Europe to promote its eighth studio album, Damage. Adkins talks to NPR's Jacki Lyden about what's changed in 20 years, and explains who the Jimmy in the band's name really is.

"I decided to shoot for — just as a basic, basic jumping-off point — love songs. But the kind of love songs that interest me, or I find engaging, are ones that deal more with adversity, complexity with relationships. ... To do that and not feel like a fake about it when I turn around and sing it, I have to approach it from the perspective of observation and experience in the world around me right now, which is definitely more of a place where friends are married and friends have kids and are getting divorces or separations. It is more about writing informed by experience, rather than just overwhelmed with the idea of discovery — you know, like something new, which is kind of what I wrote about a lot in the past."

"At the time, I thought it was sort of like a joke because it was just so easy. You know what I mean? Like anybody working in art — if something comes too easily, it might not be as good as something that you labored over. And 'The Middle' happened just within a day. Like, one day, and it was pretty much done — didn't overthink it, just kind of went for it. ... For some reason, that song just clicked with a lot of people. And it's something that we're grateful for."

On the band's name

"It comes from our other guitar player, Tom's, family. Quite a long time ago, his brother Jim was picking on his younger brother Ed — I think they were like 6 and 8, or something — and sort of beat him up. And in retaliation, Ed drew this picture of Jim with a globe in his mouth, saying that he was so fat that he could eat the world, and wrote 'Jimmy Eat World' on it, and put it on his door for him to see when he got home from school one day."