Accessibility links
Among Conservatives, Concerns Grow Over New School Standards Forty-six states and Washington, D.C., have signed on to the Common Core State Standards, a set of K-12 standards meant to ensure that students are reaching the same learning benchmarks nationwide. But as states begin implementing the standards, many conservatives have come out against them. 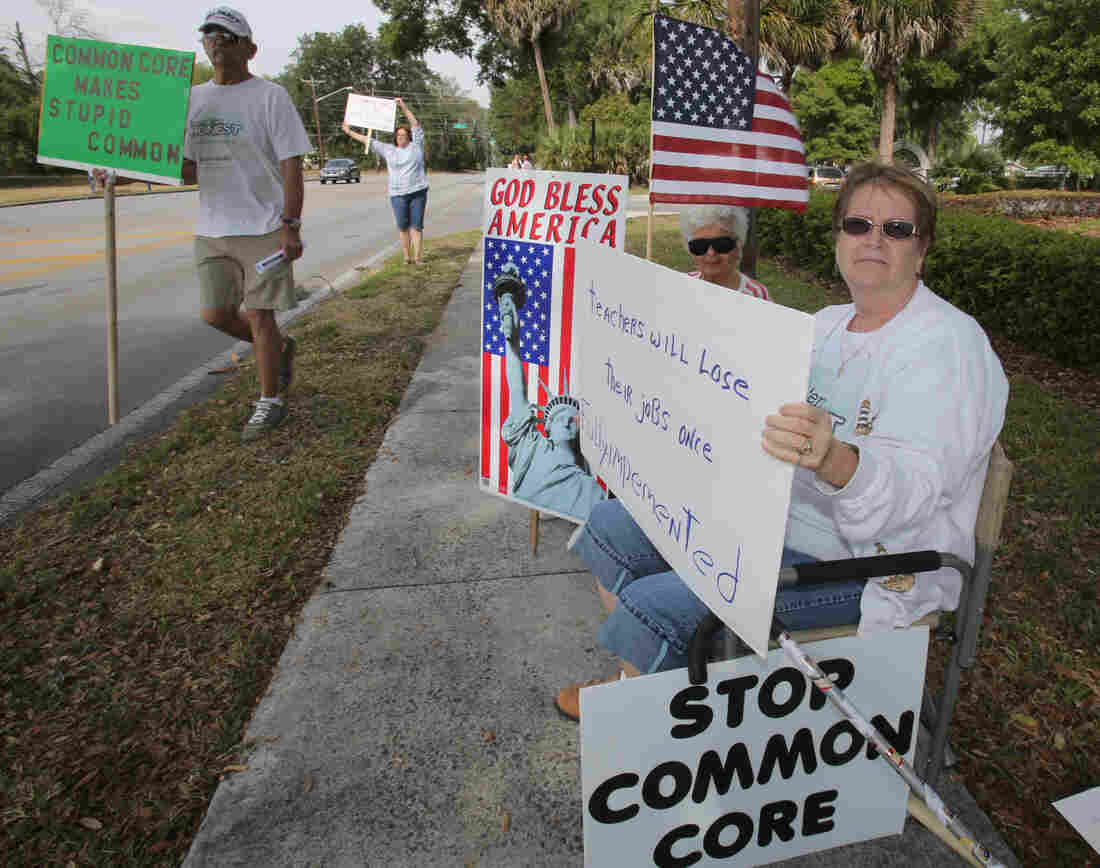 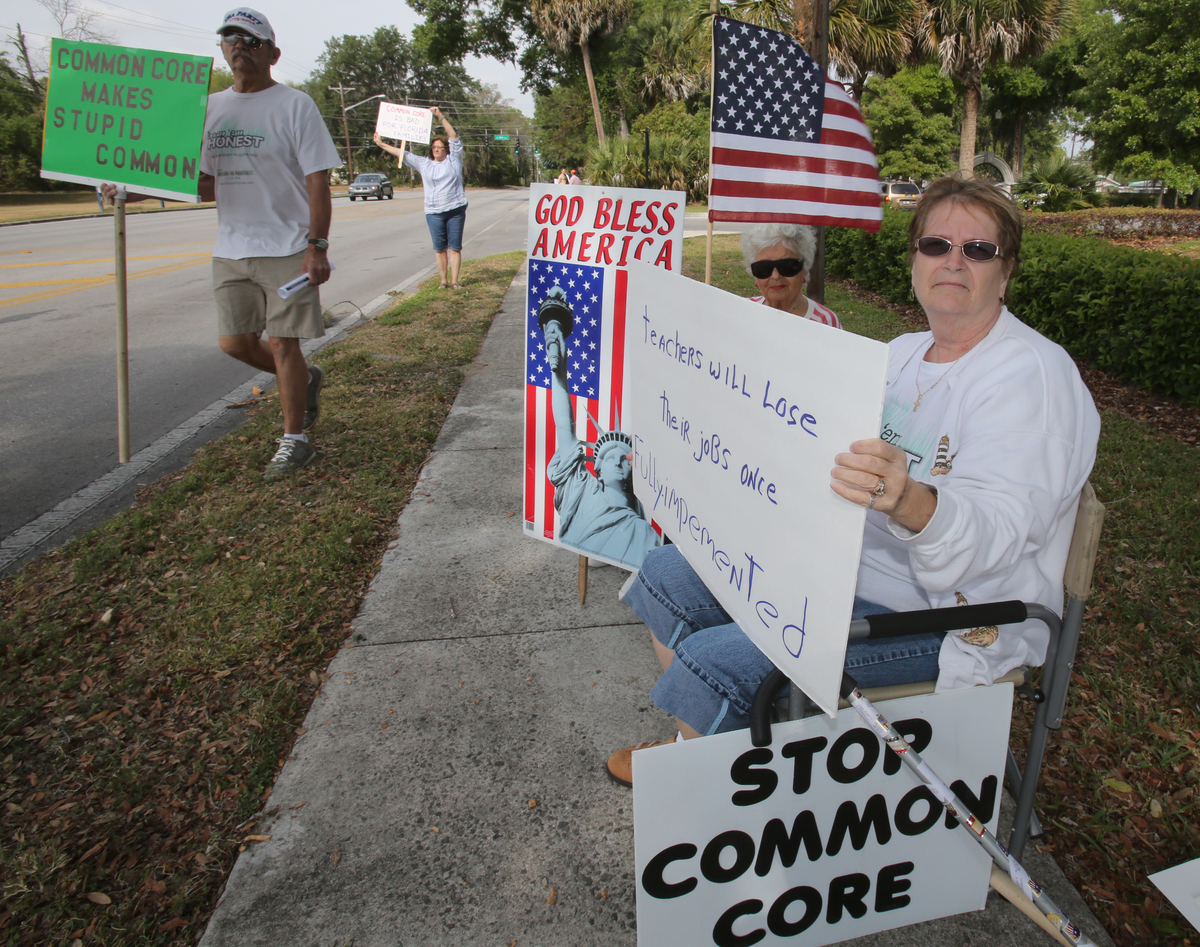 Tea Party members protest Common Core in Ocala, Fla., in April. The new educational standards, adopted by almost all the states, are the object of a growing conservative backlash.

"Common Core" is one of the biggest phrases in education today. To many educators and policymakers, it's a big, exciting idea that will ensure that America's students have the tools to succeed after graduation.

But a growing number of conservatives see things differently.

For years, states used their own, state-specific standards to lay out what K-12 students should be learning, for everything from punctuation to algebra. But those standards varied wildly, so the Common Core replaces them with one set of national standards for math and English language arts.

Forty-six states and the District of Columbia have signed on to the Common Core. But with those states now beginning to implement them, the core standards have become a rallying cry for some conservatives. Opponents have levied several arguments against the common standards.

Argument 1: "Washington Should Stay Out Of The Classroom"

"This is an effort largely driven by national organizations and the federal government," says Lindsey Burke, an education fellow at the Heritage Foundation, a conservative think tank. "And for many, the fear is that that will come at the expense of state and local control of education."

Burke is quick to point out, however, that the federal government is actually prohibited by law from telling states what or how to teach.

"The idea of creating the standards and the work of creating them was led by governors of both parties," he says. "And there was not a federal dollar involved in their development."

While the Common Core standards were created by those state leaders in 2009, federal dollars do come into the story. President Obama used them, through No Child Left Behind and his own program, Race to the Top, to entice states to adopt the core. And some conservatives say that effort crosses a line.

Argument 2: "Don't Tell Us How to Teach Our Kids"

As backers see it, these national standards tell states what kids should know by which age — but not how to teach them. But to opponents, there's little difference between standards and curriculum.

The new standards even come with a list of recommended reading, including Macbeth and The Grapes of Wrath. The concern for many is that a teacher who has assigned books not included on that list will now stick to the recommended titles instead. Then, opponents say, every kid in the country will end up reading the same books and the same ideas.

Argument 3: "This Will Cost Money"

Everyone on both sides of the standards agrees that implementation of Common Core will cost money. There are tests and new textbooks, and teachers will need to be retrained. But Achieve's Cohen says the Common Core is money well-spent if it means kids are taught to read and think critically — something he says schools have not been doing.

"We can continue to not do that," he says. But saving money on things like new instructional materials, he says, will also mean "[continuing] to have students who need to take remedial courses when they get to college, and [about] whom employers say, 'They're not well-prepared for the jobs that I've got.' "

Michigan State Rep. Tom McMillin, a Republican opposed to the standards, has decided the Common Core's price tag could help him stop school systems from using it. Schools may decide they want to adopt the core, he says, "but if they don't have the money to implement it, then they're not going to be able to do it."

That's because in Michigan, as in most states, adoption of the core was up to the State Board of Education. But funding has to go through McMillin and the state Legislature, so McMillin added an amendment to the budget that as he describes it, says, "Not a dime of the money that's given to the Michigan Department of Education can be spent on implementing Common Core unless there's an affirmative vote of the Legislature to do so." Conservative lawmakers in other states are using similar tactics.

So while districts across the country move ahead with implementation, one big question still looms over it all: Just how common will the Common Core be?