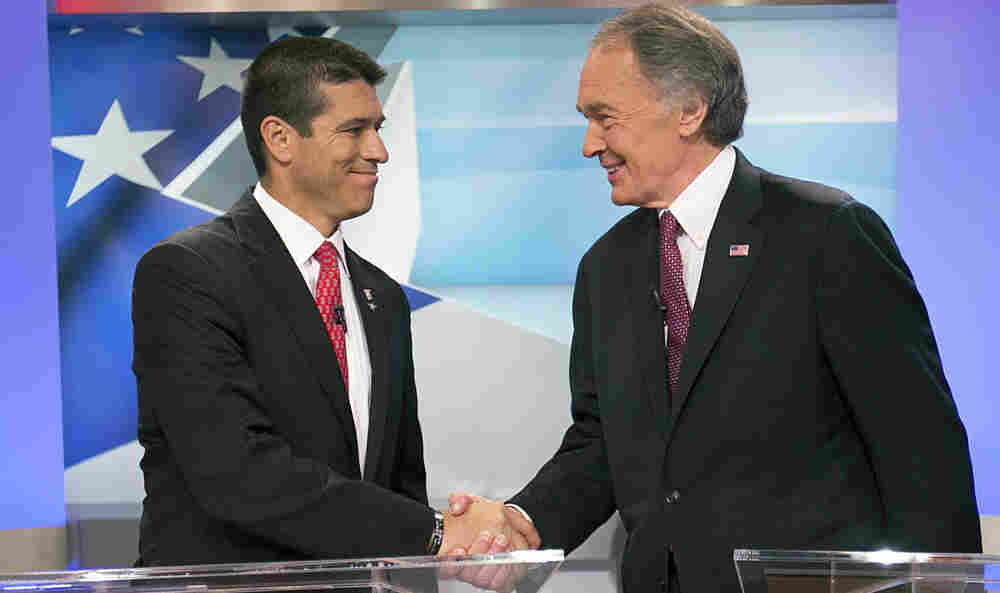 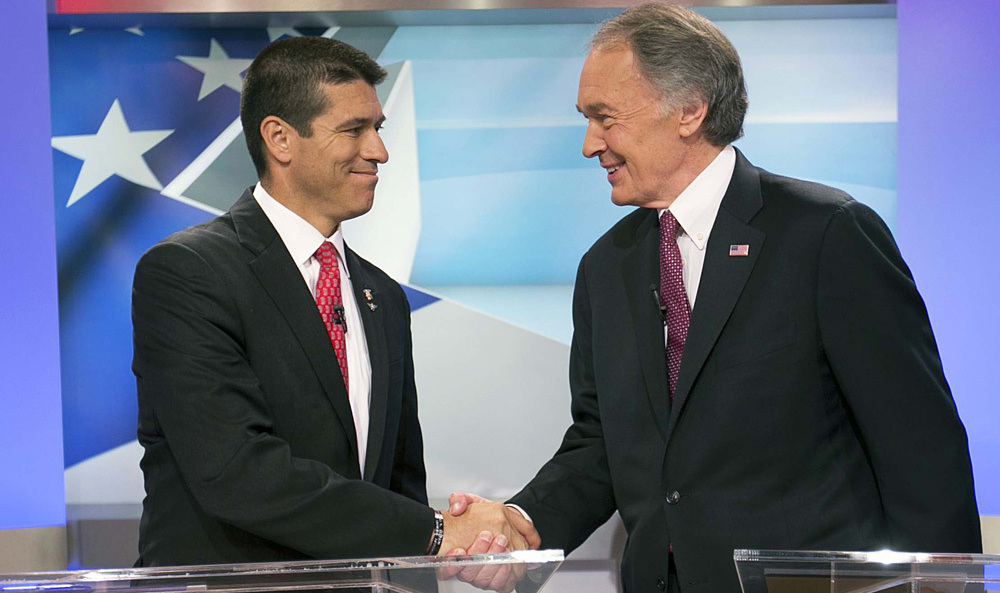 Both candidates for U.S. Senate in Massachusetts are finishing a frantic day of campaigning ahead of Tuesday's special election to fill the seat vacated by Secretary of State John Kerry.

Veteran Democratic Rep. Ed Markey is running against Republican businessman Gabriel Gomez. But they are struggling to get voters to the polls in a summer election that has yet to capture much attention.

It's hard not to compare Tuesday's special election to the one in 2010. Once again, a charismatic Republican with an intriguing resume is trying to grab a Senate seat held by a Democrat for decades.

Scott Brown shocked everyone when he pulled it off. Now Gomez is trying to do it again.

"I know that our side — the people that are going to vote for me are enthusiastic," said Gomez, explaining why he was "fired up." "We've given them a reason to vote for someone."

Gomez — who's Latino, a former Navy SEAL and an investment banker — is trying to rally support, even as polls show him trailing Markey.

While Brown won by claiming the stakes couldn't be higher, Gomez is closing his case by arguing the opposite — that it's just a 17-month term, so there's really no harm in giving a new guy a try.

For his part, Markey says he's taking nothing for granted — imploring Democrats to vote. It's a point that was repeated by Vice President Joe Biden over the weekend.

Biden is only the latest in a parade of big-name Democrats who have stumped for Markey, including President Obama, Michelle Obama and former President Clinton.

He says it's tricky to run as an independent-minded Republican in the very blue state of Massachusetts. But, he says, the national party still could have done more than they did for Gomez.

"He's got a great bio," Keohan says. "He helps with all the demographics that Republicans historically have done poorly in. You would think that Gabriel Gomez would be exactly what Republicans would try and make their poster boy nationally. And to be honest, it really looks more like they've abandoned him."

Even Brown — still popular in Massachusetts — has been quiet, making his first rally with Gomez on Monday night.

"A little bit too little, too late, I think," says Maurice Cunningham, a political science professor at the University of Massachusetts, Boston.

Cunningham says that, at this point, probably nothing could bump Gomez into another political shocker.

"I always like to use a quote from Donald Rumsfeld about the 'unknown unknowns,' and, sure, of course, but we've had two — the Boston Marathon [bombing] and the scandals in the Obama administration — but neither one has really affected the race."

While Brown built his win on the compelling case that he would be the critical 41st vote against "Obamacare," Gomez's core issue of change is more amorphous. He's been mocking Markey for his 37 years in office — as Gomez puts it, since "eight-track players were big, and the first Rocky movie had just debuted.

But Markey has been pitching his tenure as an asset to voters who have lost two veteran senators, and the congressman has been hitting hard on core Democratic issues like abortion and gun control.

"We have to make sure that our cities are safe," he told voters at a weekend rally. "Gabriel Gomez says he opposes an assault weapon ban."

"I think Ed Markey's kind of strategy paid off, just keeping it flat," he says. "I think just laying back and playing defense has worked for him. There was no reason for him to go out on a limb and do anything risky."

Indeed, one day before the election, many voters are still more focused on the Boston Bruins and Fourth of July picnics than politics. Low turnout will likely help Markey, giving what Keohan calls the Democrats' well-tuned get-out-the-vote machine.

"They knocked well over 50,000 doors just on Saturday alone," Keohan says. "There's really no on-the-ground solid operation on the Republican side. It's like they rebuild the wheel every two to four years."

Whatever happens on Tuesday, Gomez himself seems to have taken to heart his own message — that this term is only 17 months long. He's already hinting at another run.