Accessibility links
'Inside Amy Schumer': It's Not Just Sex Stuff Amy Schumer talks a lot about sex — so much so that her Comedy Central special was called simply Mostly Sex Stuff. But her comedy is about much more than that. On her show Inside Amy Schumer, as well as in her stand-up, she tackles racism and awkward moments, and yes, sex, too. Also sex. 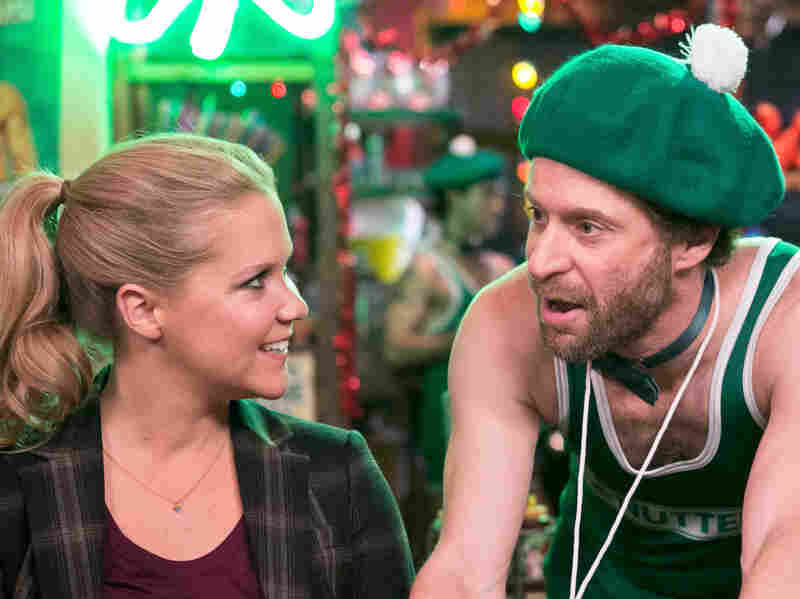 On Inside Amy Schumer, the comic (here with Jon Glaser and Adrian Martinez) deploys everything from scripted vignettes to stand-up comedy and man-on-the-street-style interviews. Matt Peyton/Comedy Central hide caption 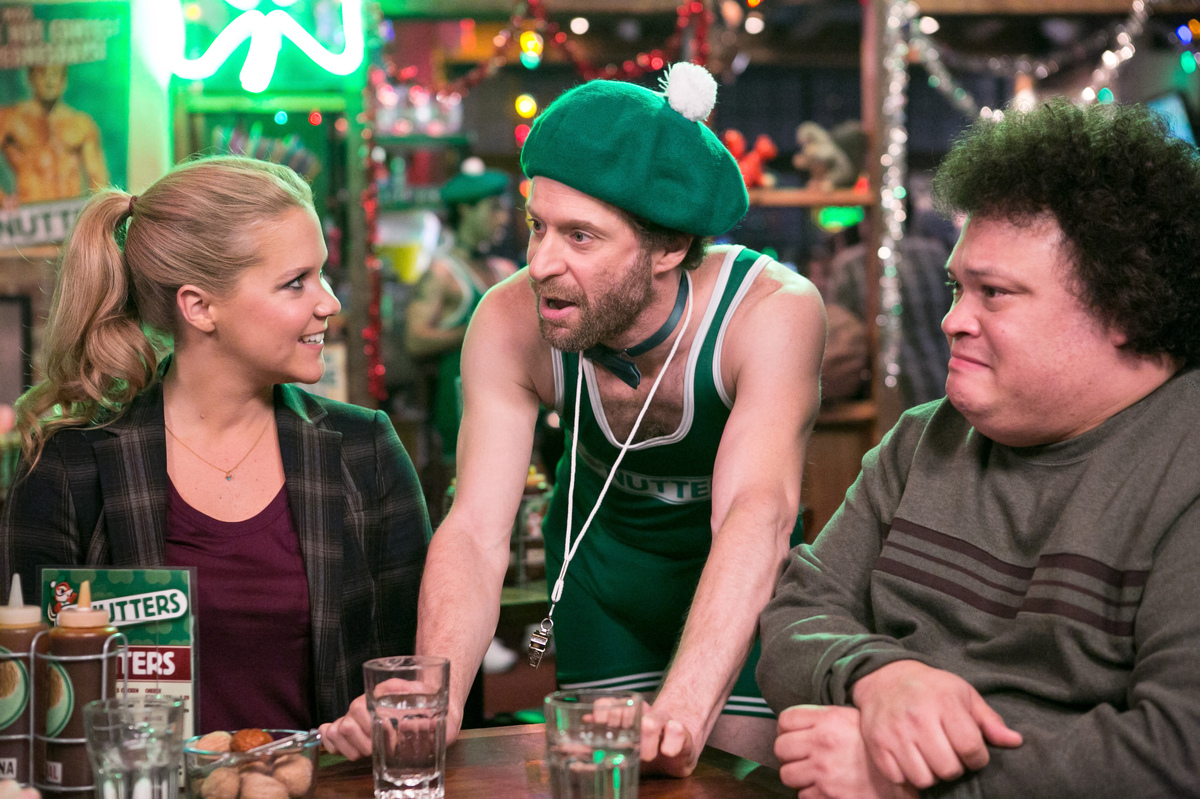 On Inside Amy Schumer, the comic (here with Jon Glaser and Adrian Martinez) deploys everything from scripted vignettes to stand-up comedy and man-on-the-street-style interviews.

One of Amy Schumer's comedy routines begins with the declaration, "I'm a little sluttier than the average bear. I really am."

Degrees of sluttiness may be hard to define, but Schumer does talk frankly about many subjects — including sex — that can be uncomfortable for people, both in her stand-up act and on her Comedy Central series, Inside Amy Schumer, which was recently renewed for a second season.

The show, a mix of stand-up, sketch comedy and interviews, has tackled everything from the oblivious racism of the elderly to the hang-ups women sometimes have about giving and receiving compliments from each other.

And then, yes, there's the sex stuff. (Not for nothing was Schumer's hit 2012 Comedy Central special titled, simply, Mostly Sex Stuff.)

"I didn't grow up hearing any women really delving into that side of themselves," she tells Fresh Air's Terry Gross. "So I thought, 'OK, maybe I can be this person for women and for men just to hear the women's perspective in a less apologetic, honest way.' "

In joking so boldly about sex, Schumer is something of a risk taker in comedy, where the subject is still considered man territory.

"I'll get offstage, and the club owner will be like, 'That was a lot about sex,' " she says. "And they would never say that to a male comic." 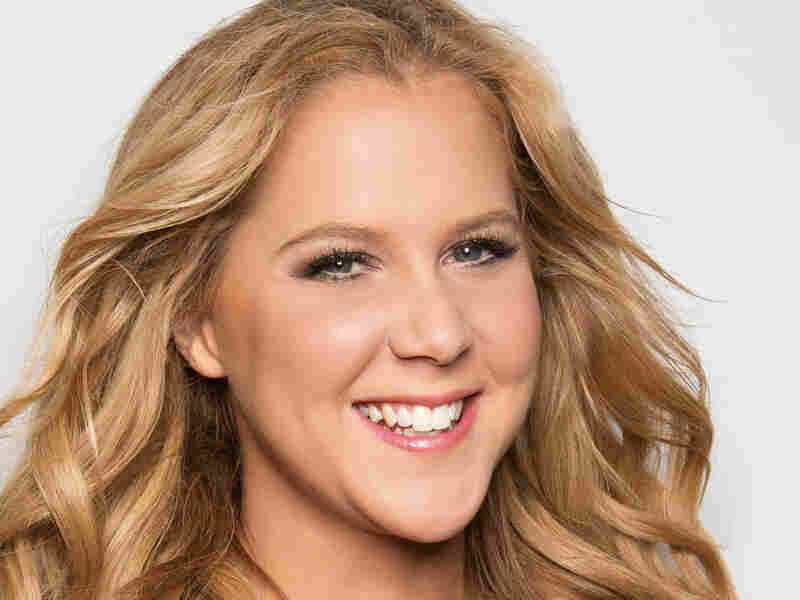 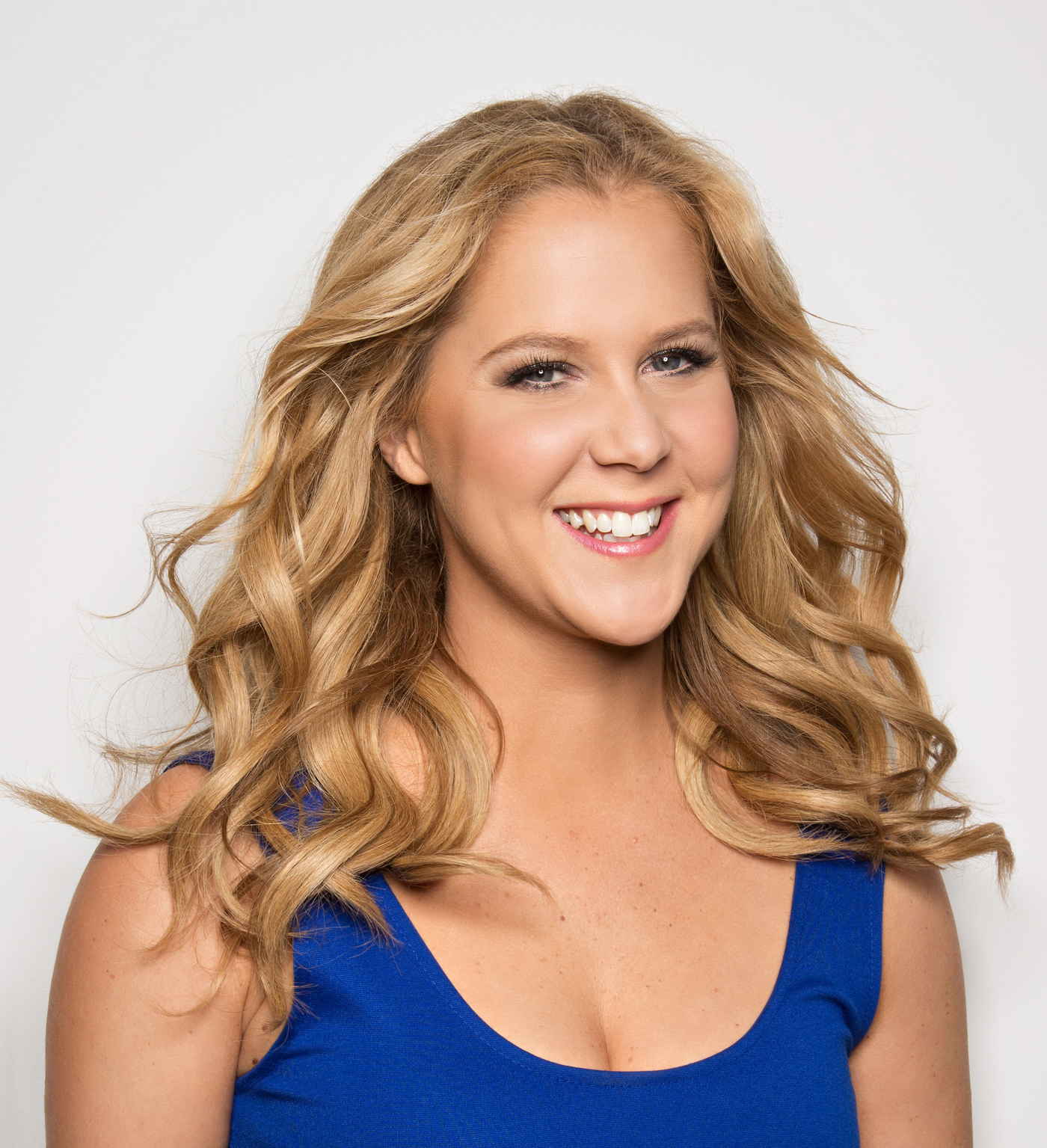 Amy Schumer isn't afraid to talk sexting, dirty talk or even the fine line between rape and deeply troubling sex in her comedy.

"I have a joke where I say, 'Oh, I'm going to bring [my mom] to a soccer game because I want to show her what boundaries look like.' I just grew up in a house where things weren't that taboo to talk about. And my mom, when she was teaching us to say our different body parts, taught me how to say 'vagina' the same that she taught me how to say 'ear.' I think she wanted us to be able to tell her if we were ever molested without being embarrassed — and so there wasn't this sense of shame."

Watch A Skit From 'Inside Amy Schumer'

Watch 'Compliments', A Skit From 'Inside Amy Schumer'

"Most women I know that I'm close to have had a sexual experience that they were really uncomfortable [with]. If it wasn't completely rape, it was something very similar to rape. And so I say it's not all black and white. There's a gray area of rape, and I call it 'grape.' It's the guy you went home with in college, and you said, 'No,' and then he still did it, or maybe you woke up and it was someone you were dating. ...

"There's just so many different things that can happen, so it's not always this, 'Well, you're going to jail and that's it.' There's other stuff where it's like, 'Wow, it would be so much work, and it would be such a life-changer for me to ... press charges or take any action against this person.' But every girl I know has had some experience that is kind of like 'grape.' "

On the oblivious racism of older relatives

"My great-grandma, who was a bootlegger in old New York, Estelle Schumer, she passed away a couple years ago, but her liquor store is still up on 54th Street. ... She was 94 when she died, or 95, and she would ... just say a word. ... She would call black people 'colored,' and it would just make all the blood rush to my head like, 'No, that's not OK.'

"But then you think, 'Well, she's so old,' and then, you know, I would mention that to my friends and then ... I realized ... most people I know have older relatives that will just say something that's just so unacceptable. And then I just thought, 'Well, what's the age? What's the cutoff?' Because if one of my parents said something inappropriate I would stop them."

On how comedy doesn't work everywhere

"People just think that comedy can work anywhere. A lot of times we'll be asked to do a fundraiser or something like that. Or, 'Oh, will you do stand-up at my friend's birthday?' And it just takes so much for a show to be produced well and for stand-up to be successful, or a roast to be successful, but people just don't realize that. They're just like, 'Oh, tell me a joke.' Whenever someone says, 'Oh, just tell me a joke,' like a cab driver or anybody, you learn the lesson over time to never do it. It never works."