Accessibility links
'The Lyme Wars' That Tiny Ticks Have Wrought Since Lyme disease was first identified in the late 1970s, it has become the most commonly reported tick-borne illness in the country. Journalist Michael Specter talks about his New Yorker article on the disease and its controversial history. 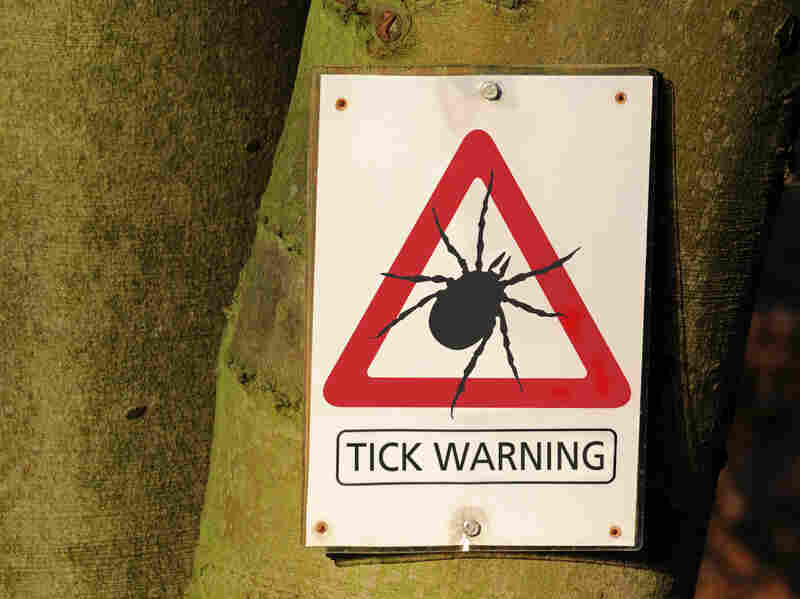 In the current New Yorker, Michael Specter explores the conflict among some people who suffer from Lyme disease, and the doctors who study it. aanton/iStockphoto.com hide caption 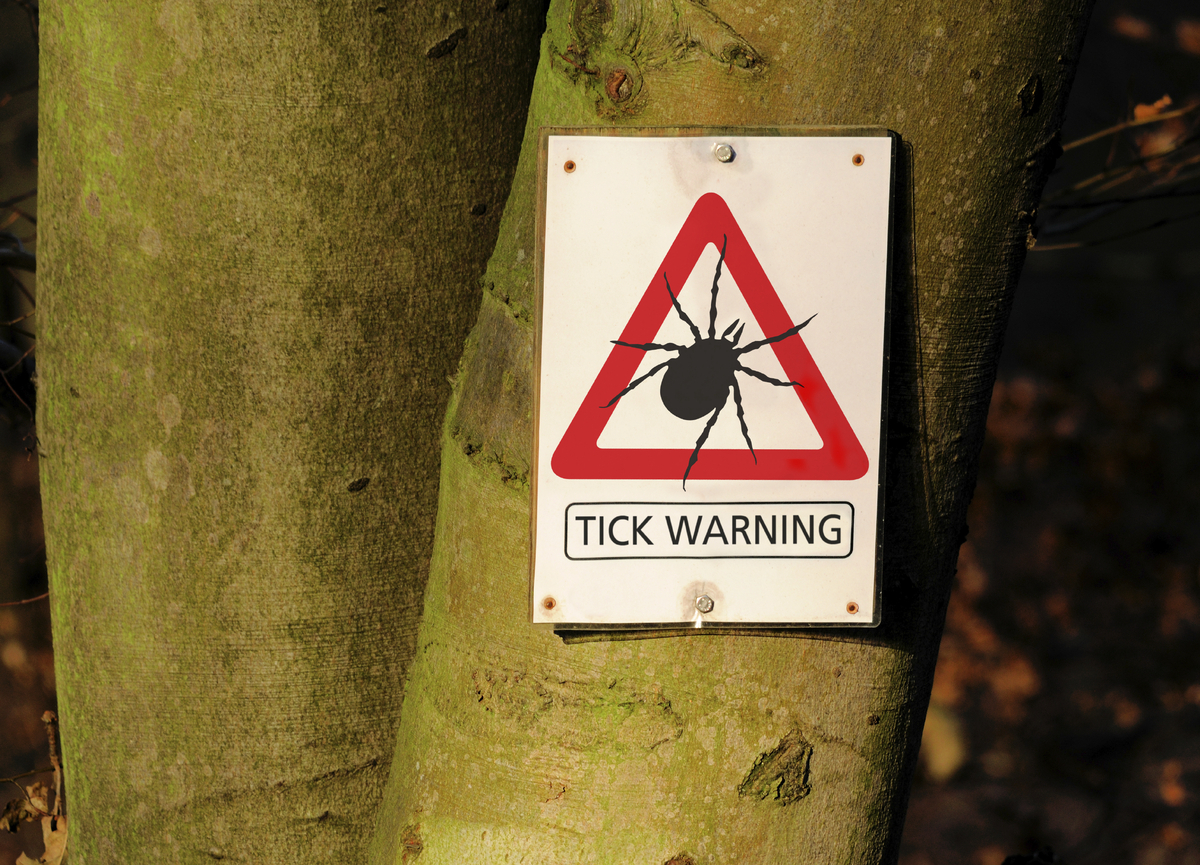 In the current New Yorker, Michael Specter explores the conflict among some people who suffer from Lyme disease, and the doctors who study it.

Until 1977, Lyme disease was almost unknown. But in the decades since a Yale rheumatologist first described an unusual cluster of arthritis cases in Lyme, Conn., the disease has become the most commonly reported tick-borne illness in the country. Acute symptoms of Lyme disease commonly include a bull's-eye rash followed by flu-like symptoms.

As journalist Michael Specter explains in "The Lyme Wars," an article for The New Yorker, as the number of cases has increased, so has the controversy surrounding some diagnoses. The tests for Lyme disease are poor, Specter says, the symptoms inconsistent, and the treatments not always effective.

"Twenty-five percent of those people who get bitten never have a rash, or sometimes never see it," Specter tells Fresh Air's Terry Gross. "If you get bitten on the back of your head, you'll never see a bull's-eye rash."

If left untreated, the disease can spread throughout the body, in some cases causing debilitating pain. Much of the current debate about Lyme disease, Specter says, stems from the question of how to treat patients who have pain or other symptoms that persist after treatment.

The phrase "I don't know" is not something easy for some doctors to say. But when it comes to Lyme disease, Specter says, that might be the most apt description of current understanding.

On how suburbanization contributed to the rise of Lyme disease

"When you turn exurbs into suburbs and suburbs into something even more populated, you have all sorts of little animals. And mice just love these developments. You cannot delight a white-footed mouse more than by cutting the woods up into little patches ... because it's an easy ecosystem for them to survive in. There are lots of places to burrow, lots of food, lots of hosts — it is convenient. You don't have a lot of hawks flying around, eating them. It's just a kind of nice, relatively safe way to spend your life as a white-footed mouse." 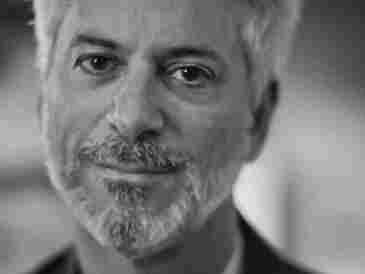 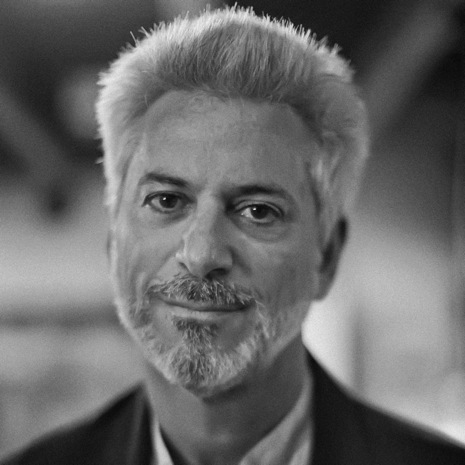 Michael Specter has written about science and technology for The New Yorker since 1998.

"I wrote this piece for a simple reason, which is that during the presidential campaign, Mitt Romney visited one of these special Lyme doctors [who is] very controversial, and made a statement about how Lyme is a terrible epidemic — 'chronic Lyme.' The organized medical world doesn't recognize 'chronic Lyme,' and it seemed a little [like] pandering to Northern Virginia, where Mitt Romney wanted to get some votes. So I wrote a very brief blog post for The New Yorker website on this, and I got about 207 million pieces of hate mail. And I figured there must be something more to this. I mean, it was really something. I've covered a lot of extremely contentious issues in my life, but that was really ... [S]o I just went to my editors and said, 'I think we need to do this.' And I'm glad I did because it is an interesting issue."

"These ticks don't just carry Lyme disease. They carry at least four other pathogens, and some of those pathogens may be more damaging than Lyme disease, but we don't know enough about all of them yet. One of them is called Babesia. It's sort of like a malarial infection. It's in the same tick; you can get it at the same [time] as Lyme. The same [is true] with anaplasmosis. And if you're getting two or three infections at the same time, you may only be getting tested for one. And there's a really good reason to believe that your immune system is struggling even more brutally — trying to deal with these two similar but different things — than if it was just one thing. So that's a complication that wasn't on the top of people's minds until the last couple of years. ...

"These ticks are kind of remarkable. First, they get on you and they spread some antihistamines and some other little numbing medications so that you don't notice the bite. Then they excrete something called 'cementum,' which is sort of like a glue, so that they can fasten onto you. Then they get their jawbones in there and go for a ride. They often spend five to seven days on a deer or a mouse. Usually it's less on humans, but it doesn't need to be five to seven days for them to transmit [bacteria that cause Lyme disease]."

'The Lyme Wars' By Michael Specter

"I check myself like 71 times a day. One of the problems — I've never gotten over this — I've been writing about medicine for a long time, and I'm always convinced that every illness I write about I have. There have been a lot of those. ... Up in Hudson County where I have a place, it's hard to have a dinner with people where the word 'tick' doesn't come up. ... I have a big backyard. People come over, we have a cookout, and their kids are running off barefoot into the woods, and I'm like, 'No! Don't do that! It's ugly out there!' "

To Fight Tick-Borne Disease, Someone Has To Catch Ticks

" 'Chronic Lyme' is a vague term [that] means you have the symptoms that linger for a long time. And the symptoms are often terrible pain, flu symptoms, maybe arthritis, terrible headache problems. They are problems that are extremely common in the general public. And when you don't have any Lyme test that's positive, or you don't live in a Lyme-endemic area, it's very difficult for people to take you seriously when you say that you have 'chronic Lyme.' [People with these symptoms] have something — something is going on. I don't think even the most hard-hearted physician (the 'chronic Lyme' folks think all physicians are hard-hearted) believes that they're making up their pain.

"[These patients in pain] want to grasp onto something. It's a lot more comforting to say, 'I have this problem,' than, 'I have terrible pain. I can't get rid of it. No one can diagnose it, and I don't know what to do.' So the 'chronic Lyme' world has kind of a parallel universe. [It has] a special medical organization — the International Lyme Disease society — doctors that kind of treat chronic Lyme and focus on chronic Lyme.

"It's not a syndrome that's recognized by organized medicine. And frankly, organized medicine has been a little recalcitrant, but on this I kind of have to agree with them. If you don't have any evidence of a disease, it's really hard to say that you have the disease."