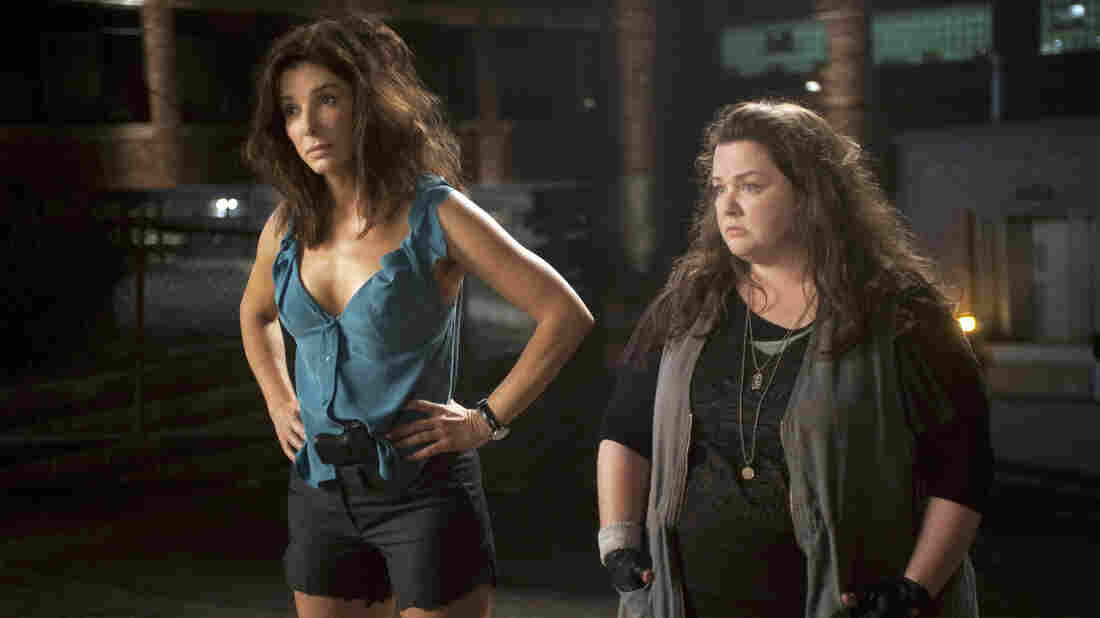 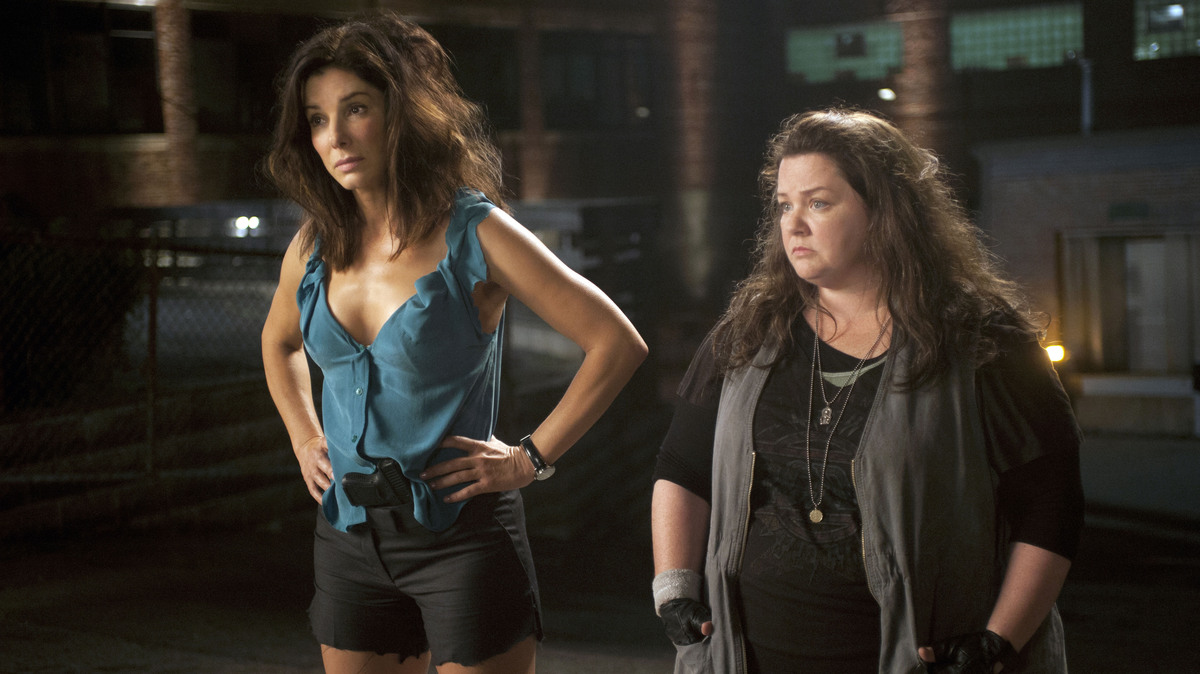 In a summer movie season that's been light with women in major roles, a Melissa McCarthy-Sandra Bullock buddy-cop comedy sounds like a welcome change of pace. Add in the fact that this movie is Paul Feig's follow-up to Bridesmaids, and you have something especially interesting.

'And You Will Be Patient?'

'I Think You And I Got Off On The Wrong Foot'

'The Rat's Back In The House'

Well, not to overstate things, but every other comedy this summer had better watch out. Because The Heat? Is on.

Paying homage to its genre roots, The Heat opens with a bouncy '70s-cop-show credit sequence, and follows it by twice mastering the vanishing art of the efficient character introduction; in just a few short minutes, it proves itself as deft as even the likes of Lethal Weapon at nailing down exactly who these two wildly different characters are.

Bullock plays FBI agent Sarah Ashburn, a straitlaced professional who schools every other agent at the scene of a drug bust, and is the only one surprised when her boss (Demian Bichir) delays a possible promotion, pointing out that basically no one likes her. Good at her job to the point of arrogance, Ashburn needs to prove she can play well with others, so she's sent to Boston to work a case involving a drug cartel run by a shadowy figure known only as Larkin.

McCarthy's introduction as Boston detective Shannon Mullins is bigger and louder, involves both the unorthodox arrest of a john (Tony Hale, one of quite a few comedic talents in the movie) and the pursuit of a small-time dealer named Rojas (actor-comic Spoken Reasons), who's got a possible connection to Larkin. There's a manic joy in Mullins' eye as she pursues Rojas in her junker of a car — while he runs from her on foot.

In short, while Ashburn takes pride in a by-the-book job, Mullins just loves catching bad guys — and she does it well, book be damned. You can imagine how much she enjoys learning that the FBI, in the tight-lipped person of Ashburn, is muscling in on her case.

That's that for the basic setup of the average odd-couple buddy-cop actioner, and The Heat follows the genre's basic formula from combustible conflict through mutual respect and on to eventual friendship — only it tops pretty much every beat in that familiar plot outline with memorably ludicrous gags.

Writer Katie Dippold doesn't rest on the broad strokes of Ashburn and Mullins' contrasting personalities, instead going further to mine how differently they dress, think and speak for comedy. (Ashburn more than once confuses Mullins for long-haired, bearded men, though given the cheerful slovenliness of McCarthy's characterization, it's an almost understandable mistake.)

The one thing they do share — a keen sense of competition — results in a surprising (and welcome) number of physical-comedy bits large and small; witness a scene in which they each try their own approach to interrogation, or the small moment where they both try to make it into a suspect's building at once.

McCarthy and Bullock's divergent comedy styles are so suited to their respective characters that they could easily expand a Heat franchise to star in their own solo vehicles. Unlike McCarthy's role in the forgettable Identity Thief earlier this year, Mullins allows McCarthy to confidently flex all of her weird comedy muscles, whether she's verbally emasculating her precinct captain or finding another reason to draw her gun. (Mullins might be the most reckless movie cop in recent memory when it comes to firearms.)

Bullock's style is more technical, but she's more than game to play, and their mutual generosity as performers makes for a gratifying chemistry that amplifies the already smartly written jokes. When McCarthy and Bullock start downing shots in an epic drinking sequence, remember that you're watching an Oscar nominee and an Oscar winner — and yes, they're performing at the top of their game.

The plot is structured to facilitate bits like these, and if the movie were merely a vehicle conceived to let its stars bicker, bond and kick endless quantities of ass, it would be enough. But The Heat goes above and beyond, managing to sneak in an emotional core. Mullins cares about protecting her neighborhood and family, including her brother Jason (Michael Rapaport), who's recently out of prison and may have another link to Larkin. And as Ashburn and Mullins increasingly encounter real danger in the pursuit of their target, Feig makes the challenge of balancing side-by-side sentiment and irreverence look easy.

If The Heat is about more than being a well-oiled delivery system for impressive and effective comedy, it's in part about what it means to be a good cop — including the question of how gender does or doesn't factor into that. The challenges of being a female Five-0 on a male-dominated force are implicit from the beginning, but they're made plainer still when Mullins and Ashburn encounter a rival pair of DEA agents, one apparently harmless but the other a blatant sexist who wants the ladies off the case.

Spoiler alert: It doesn't happen. The Heat come, they conquer, and they leave you laughing. (Recommended)