Accessibility links
Movie Review - 'Museum Hours' - In Vienna, A Gallery Of Hours That Add Up To Art Filmmaker Jem Cohen goes looking for art in the everyday in Museum Hours, which takes a Vienna art museum and its Breughels as its primary backdrop. Critic Mark Jenkins says the film is leisurely in its pacing — but gently witty and warmly humane.

In Vienna, A Gallery Of Hours That Add Up To Art

In Vienna, A Gallery Of Hours That Add Up To Art 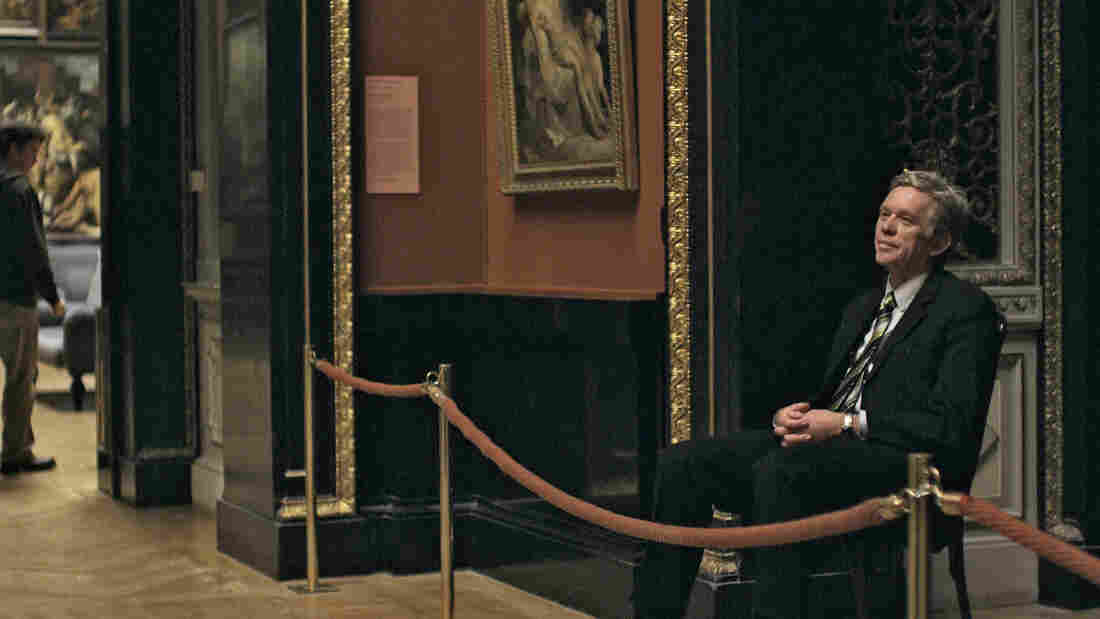 Bobby Sommer is Johann, an "invisible" Vienna museum guard who becomes profoundly connected to a frequent visitor after she starts to take notice of him. Cinema Guild hide caption 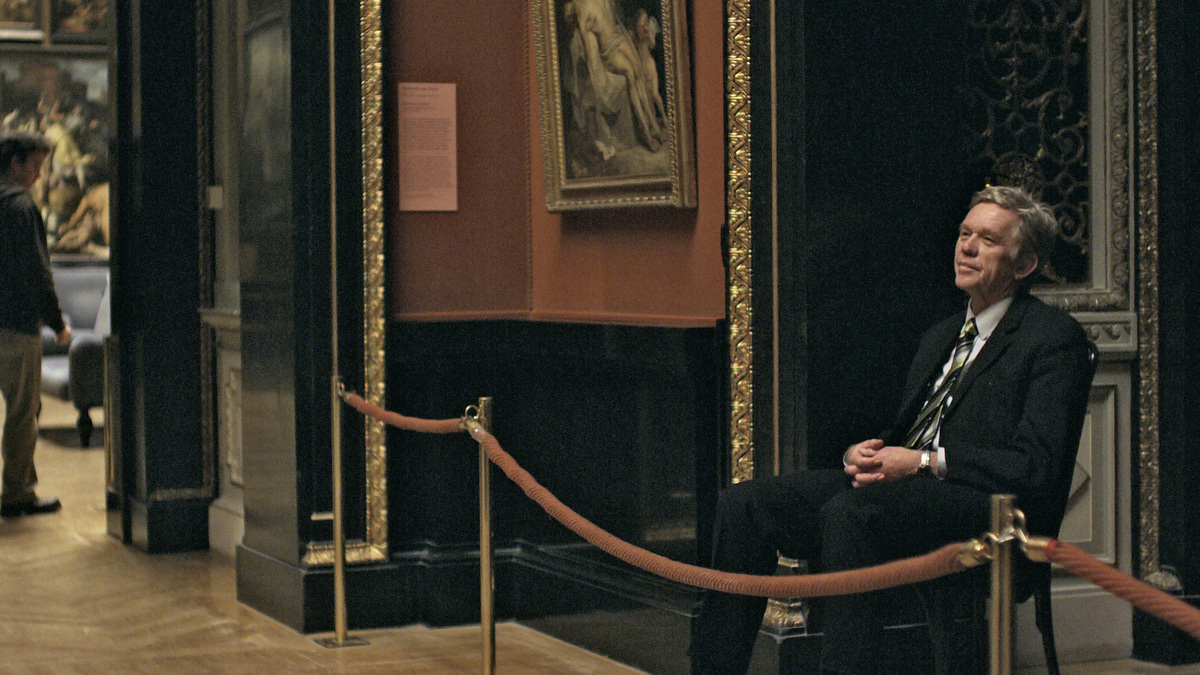 Bobby Sommer is Johann, an "invisible" Vienna museum guard who becomes profoundly connected to a frequent visitor after she starts to take notice of him.

During his 20-year career, Jem Cohen has shown his films in museum auditoriums more often than in commercial theaters. So it's fitting that Museum Hours, the arty documentarian's latest feature-length effort, is so indebted to Vienna's Kunsthistorisches Museum. Cohen likes to happen upon stories and images, and the 19th-century Austrian culture palace is brimming with both.

Humane and gently witty, the movie was inspired by the museum's gallery of paintings by Pieter Breughel, who's known for crowded compositions and attention to the details of everyday life. If the 16th-century Dutch painter's vision seems haphazard and his subject matters unfixed, that's much like Cohen's films — and quite unlike the standard Hollywood entertainment.

Museum Hours does have more of a story than the director's previous fiction-documentary hybrids. Anne, our protagonist, arrives in Vienna from Montreal, speaking no German. She's there to visit a gravely ill cousin, but the patient is in a coma, so in actuality Anne has little to do. In solitude, she begins visiting the Kunsthistorisches Museum, where she meets a lonely man who knows the collection well. Johann is a security guard, not a curator, which makes him "invisible" (or so he supposes).

The two become platonic friends — Johann will eventually reveal that he's gay — and as they do, the native introduces the visitor both to the museum's collection and to everyday Vienna. There are numerous links between the two, including still and video vignettes shot around the city, all of them visually rhymed with details from works of art.

Old cities, like old buildings, are rich in reminders and connotations; they contain simple yet venerable businesses that — like the homey bar to which Johann introduces Anne — may have museum-like qualities themselves. Whether they serve art or beer, such rooted places are musty antidotes to the anonymous global airports-and-highways culture the filmmaker depicted in 2004's Chain.

Another of the movie's conduits between art and life, of course, is Breughel, whose art is the subject of a short lecture delivered by a guide (Ela Piplits) in the gallery full of his canvases. That talk, one of the movie's liveliest passages, recalls the expert testimony Jean-Luc Godard inserted into some of his 1960s films. But in this case the expert is Cohen: He scripted the lecture, as well as a leftist harangue delivered by a recent college graduate who may have taken John Berger's Ways of Seeing a little too seriously.

Anne is played by Canadian "undisciplinary artist" Mary Margaret O'Hara, who's best known as a singer-songwriter. (She's the sister of comic actress Catherine O'Hara.) The role of Johann went to Bobby Sommer, who'd never acted before. Now an employee of the Vienna International Film Festival, he has a background in rock-concert promotion and tour management. (Cohen also has ties to that world, especially to Fugazi, the D.C. group he chronicled in Instrument, perhaps the most impressionistic band-on-the-road movie ever made.)

Ultimately, the movie's easygoing narrative turns to loss, but without melodrama. An awareness of life and art offers perspective, and perhaps a measure of consolation.

Those who don't savor Cohen's leisurely rhythms will probably not respond to Museum Hours, and even the movie's admirers will admit that it could be a little tighter. One scene that might be trimmed is the one where museum-goers pose, naked as the people on the canvases around them. The interlude certainly isn't dull, but it is a little brazen for a film that encourages its viewers to find the beauty in more commonplace sights.