Accessibility links
Movie Review - 'Byzantium' - In This Gothic Vampire Diary, Blood Will Certainly Tell Neil Jordan's latest stab at a vampire story revels in the gothic-horror aesthetic that gave us the genre in the first place — though a Victorian chill dominates more of the proceedings than might be ideal. 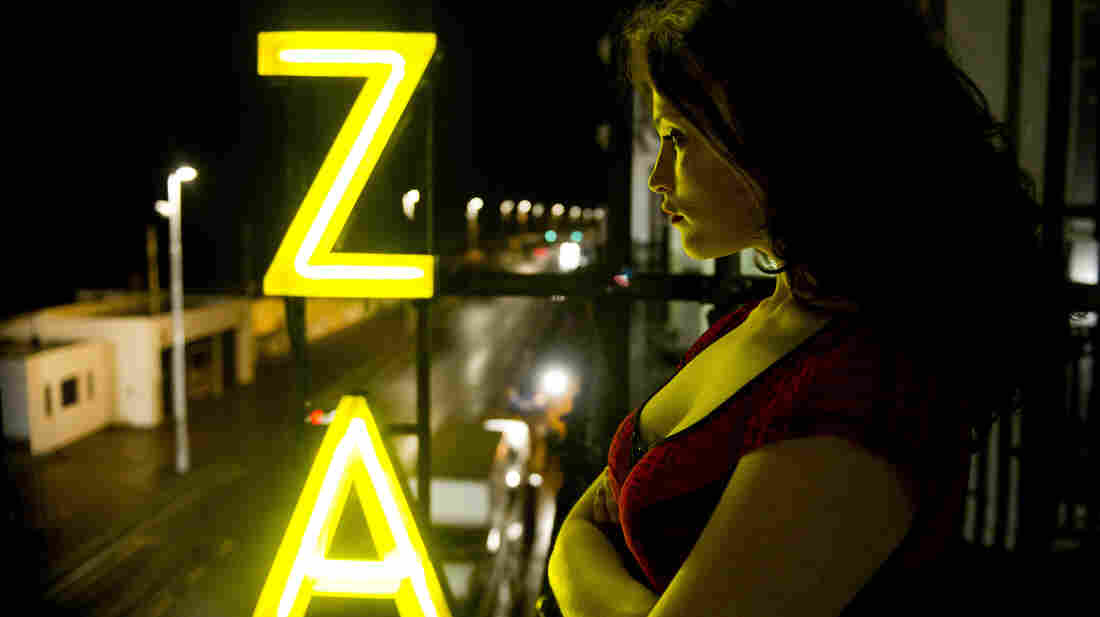 Clara (Gemma Arterton) is the elder — but not necessarily the most responsible — of a mother-daughter pair of "sucreants," or blood-drinking immortals some call vampires, in Neil Jordan's Byzantium. Christopher Raphael/IFC Films hide caption

From 'Byzantium' - 'When Secrets Should Be Told'

'When Secrets Should Be Told'

'You Came To See Me'

Neil Jordan seems well aware that audiences may be feeling deep fatigue about vampires. So with his latest, the director of Interview With the Vampire makes a vampire film that seeks to reinvent the species, while harking back to a more classical — read: less sparkly — take on the genre.

In fact, the beautiful creatures at the center of Jordan's Byzantium, adapted by Moira Buffini from her own play, don't even call themselves vampires; the word is uttered only a couple of times, by characters seeking to place a familiar label on whatever they are. Clara and Eleanor (Gemma Arterton and Saoirse Ronan) are a pair of "sucreants." Like vampires, they don't die or age, and they drink human blood. But they also walk in the daylight, and when it's time to feed, it's a fingernail that suddenly becomes daggerlike rather than their teeth.

Those shifts away from traditional vampire mythos aside, the film has much more in common with the sweeping romanticism of the gothic horror craze that introduced vampires to popular culture in the first place than with the recent spate of undeadly tales. Moody, lush and lurid, Jordan's film revels in the dangerous sensuality at the unbeating heart of the genre. Unfortunately, the story never grabs hold as insistently as Jordan's tone and visual artistry.

Early in the film, Eleanor and Clara settle in a run-down seaside town, making the best of what's apparently the latest in a constant series of displacements. And no wonder: Clara is a stripper and a prostitute, and has been for two centuries. Eleanor is her daughter, but the more mature and contemplative of the two. It's her voice-overs — from a memoir that she casts to the wind practically as each page is written, "the story I can never tell" — that backbone the film. 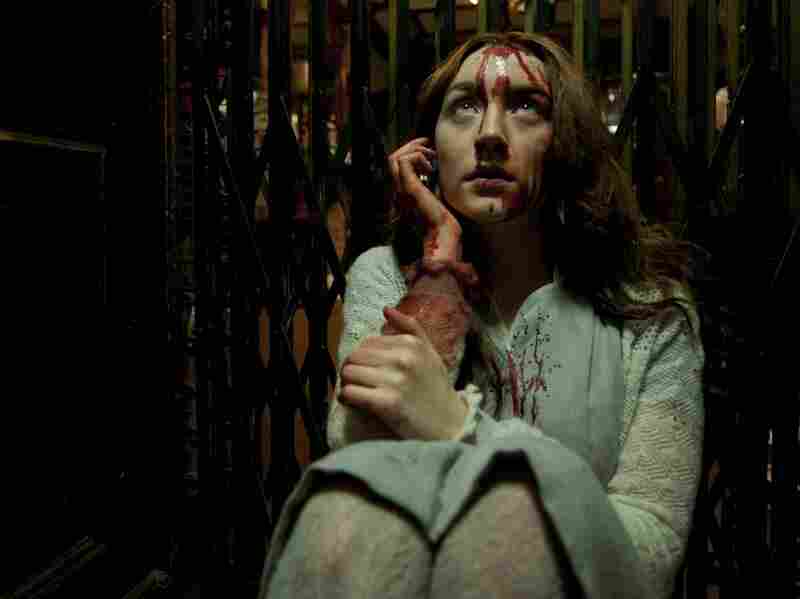 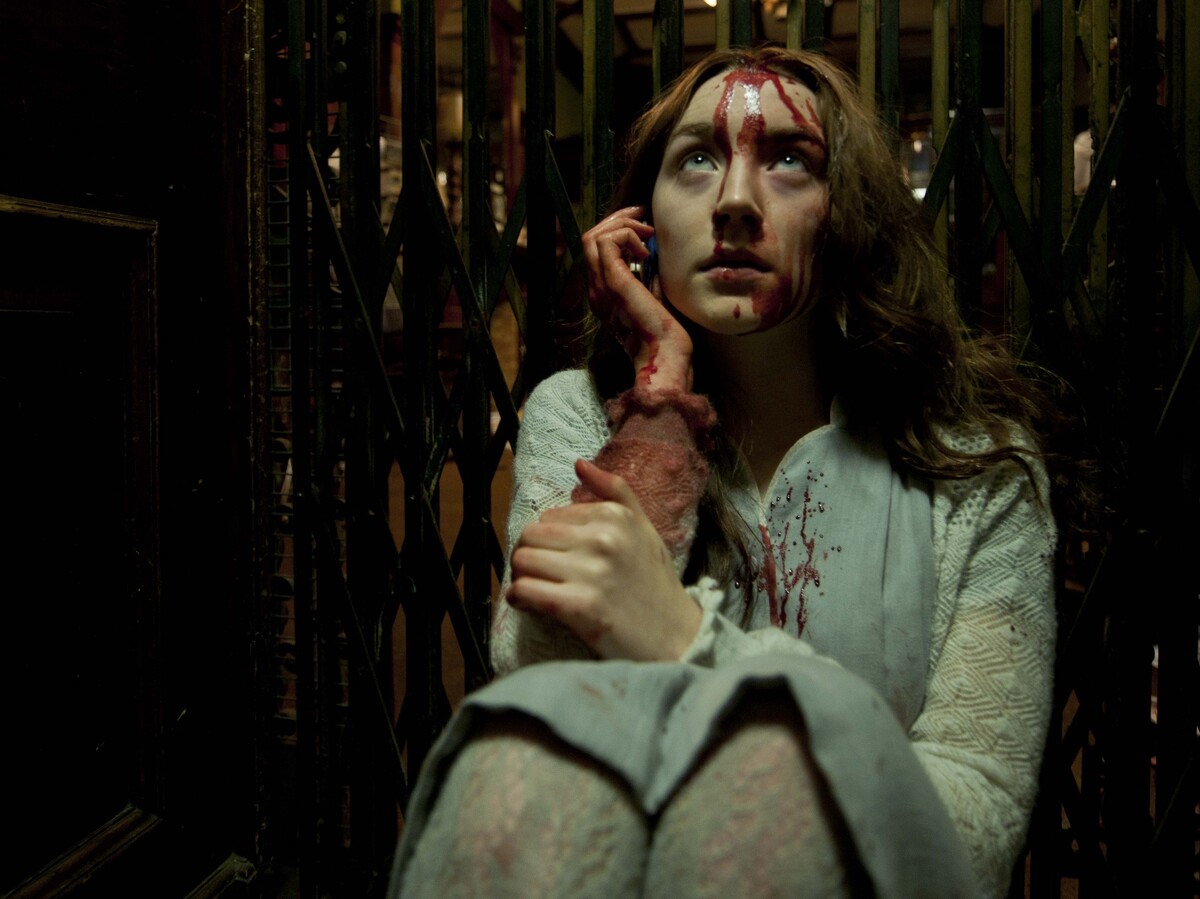 Saoirse Ronan plays Clara's daughter Eleanor, who's conflicted about their predatory nature — and feeds only on willing victims.

They shack up in the shuttered hotel that gives the film its title, and soon Clara has convinced Noel (Daniel Mays), a hapless would-be john, to let her run a brothel out of the place. Meanwhile Eleanor wanders the town, plays piano for the senior citizens she's targeting for mercy killings, and falls for Frank (Caleb Landry Jones), a local teen whose dark moodiness mirrors hers.

The modern scenes are interspersed with the twosome's 19th-century origin story, in which Jonny Lee Miller plays an officer with a habit of making harlots out of respectable girls, taking their virtue by force and convincing them that selling themselves is all they have left.

Therein is encoded a neat notion: Buffini's script parallels the "making" of a prostitute with the way vampire stories treat the making of a vampire; out of a singular act of predatory violence, something is lost, and a life is changed forever. The device allows for a narrative with strong feminist avenues to explore: Buffini's sucreants, as a culture, have a rule that only males are allowed to make other sucreants. Just as men choose women to force into lives of sexual servitude, so too do they determine which will lose their souls and become part of their undead family.

Jordan is at the height of his visual powers here, and his appetite for grim fairy-tale imagery is fully up as well — he dresses Eleanor in a red hood at one point, merging a monster of a different sort with the eternally carnal Little Red. These kinds of crossovers and juxtapositions are all over the film; in one wonderfully choreographed sequence, he crosscuts between one of Eleanor's impromptu piano recitals and Clara's seedy sexual negotiations, the elegant music providing a soundtrack for some decidedly dirty deeds.

But despite its smart subtext and expert direction, there's something missing. Part of the problem lies within the 19th-century sequences, which just don't have the narrative drive of the present day. We need to see Jonny Lee Miller scowling and being cruel only so many times before we get the picture.

There's also a Victorian chill to Eleanor's writings that winds up permeating the entire film, despite the glowing neon lights and blood that runs (very) red. Jordan favors that reserved tone ever so slightly, and the upshot is that his film too often winds up feeling what a film about the undead shouldn't: lifeless.