Accessibility links
Blueberry Dumplings The Star Of Lasting Summer Memories Valerie Erwin remembers the very moment she first tried her Great Aunt Lil's Blueberry Dumplings nearly 50 years ago. She still makes them for her family today and says they're the perfect summer dessert. 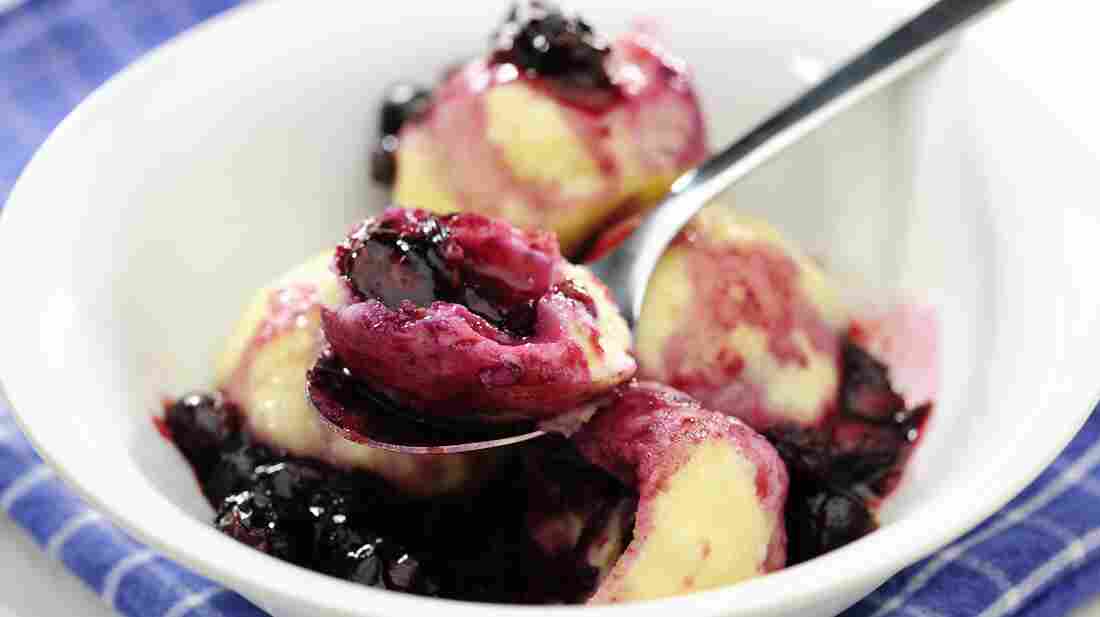 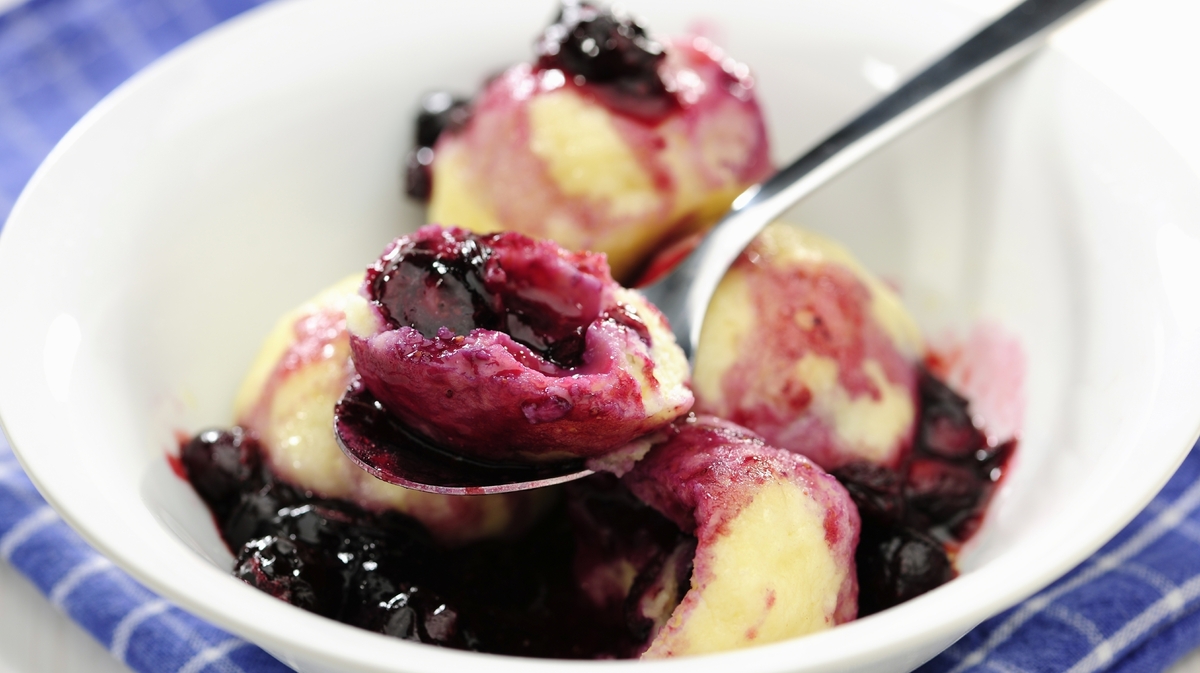 Blueberry Dumplings, a simple summer dessert that doesn't require turning on the oven.

When blueberries are in season, you don't need to turn on the oven to make a delicious dessert. Valerie Erwin says it takes just 15 minutes to make one of her favorite summer dishes, Blueberry Dumplings. She shared the recipe for All Things Considered's Found Recipes series.

Erwin is the chef and owner of Geechee Girl Rice Cafe in Philadelphia. "Geechee" is a term for the descendants of the enslaved Africans who lived off the coastal islands of South Carolina and Georgia. Erwin's grandparents are from the area.

She says her family is a close-knit one — where siblings are best friends who aren't hesitant to ask for sweet favors. Among her sisters, blueberry dumplings are always in demand, especially during their annual vacation together in August.

The dumplings in question are similar to those used in dishes like chicken and dumplings.

"It's made from a soft biscuit dough dropped on top of sweetened, stewed blueberries," Erwin says.

She got the recipe from her Great Aunt Lil. Like Erwin's relationship with her siblings, Lil was close to her sister, Erwin's grandmother. Both were seamstresses who worked in the garment industry.

"She came from Charleston with my grandmother and my grandfather in the '20s, and she lived just about maybe a mile and a half away from where we did in North Philadelphia," Erwin says.

She had her first taste of blueberry dumplings in 1964, when she was 11. Lil served the dish to Erwin and her cousin, who was visiting from across town. It was love at first bite.

The dumplings are best when served warm. Erwin's family also likes to pour a little cold heavy cream on top.

"[It] makes it even more delicious and helps with the cooling," she says.

Never fear if blueberries aren't in season — Erwin says the recipe can last all summer long if you substitute other fresh fruits like tart cherries and blackberries.

Mix together the flour, sugar, salt and baking powder. Cut in the shortening with a pastry cutter or two knives until the mixture resembles coarse crumbs. Gently mix in milk until it becomes a very soft dough

Bring the blueberries, water and sugar to a boil in a wide pan.

Divide the dough into about five dumplings and drop on top of the blueberries. Lower heat to a simmer and cover the pan tightly. Steam for 12 minutes. Serve warm, drizzled with cold heavy cream.