Accessibility links
Movie Review - Almodovar's 'I'm So Excited,' Neil Jordan's 'Byzantium' Pedro Almodovar's ensemble comedy I'm So Excited is set on an airplane with mechanical problems; Neil Jordan's Byzantium centers on a pair of itinerant English vampires. The two films couldn't be more different, but the two filmmakers are very much in command of their craft. 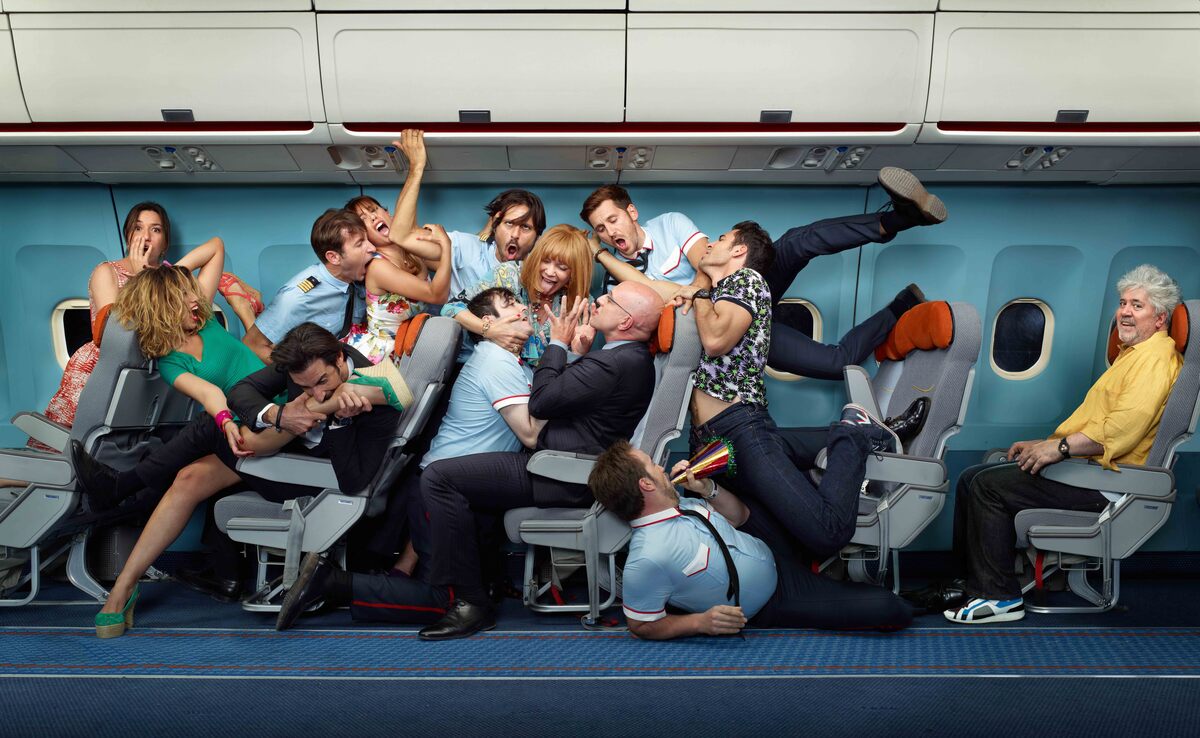 Rated R for strong sexual language and drug use

In Spanish with subtitles

The decade of the 1980s — when major corporations made their presence more felt in Hollywood — was for all kinds of reasons a low point in American moviegoing. But two beacons abroad, Pedro Almodovar and Neil Jordan, reminded us with movies like Law of Desire, Women on the Verge of a Nervous Breakdown and Mona Lisa how films could be personal and still reach a large (or large-ish) audience.

Thirty years later, we have Almodovar's I'm So Excited and Jordan's Byzantium — and these directors are still shining a light.

In recent interviews, Almodovar has, ironically, lamented the passing of the '80s, but for reasons unique to Spain. Gen. Franco, with his institutionalized fascism, was dead ("Still dead," as Chevy Chase used to say), and there was an explosion of hedonistic art.

But Almodovar thinks his country has since become more culturally repressive — which is his underlying theme in the comedy I'm So Excited. The movie is about how over-controlled people act out, and become truly themselves, when crisis hits.

The crisis in question is aboard a plane that departs Madrid for Mexico City: The landing gear has been compromised, thanks to a mishap involving two very famous actors who've appeared in other Almodovar films. (I won't spoil it.) As the plane circles for hours in preparation for a hard landing, three flamboyantly gay male flight attendants drug what they call the "savages" in economy class to keep them calm, and then slam down tequilas for themselves. In first class, an ensemble of very witty performers — many of them frequent Almodovar collaborators — gradually let their dirty laundry hang out. 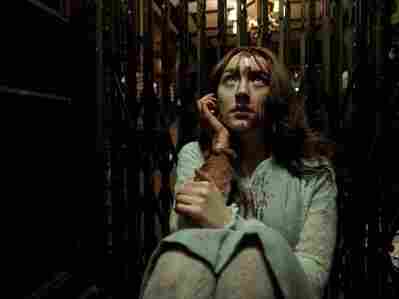 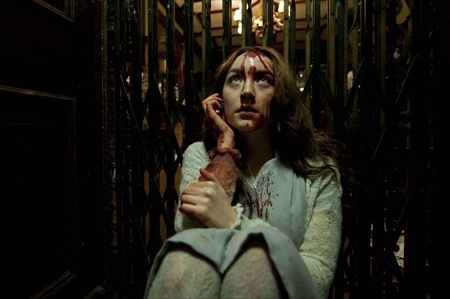 The characters we follow are a star actor, some newlyweds, a possible hit man, and most memorably Cecilia Roth as an ex-porn performer and Lola Duenas as a virginal psychic with her eye on a hunky sleeping passenger. One pilot is possibly gay but closeted; the other says he's "hetero but unhappily married." In a delightfully convoluted sequence, the famous actor makes contact — his phone calls somehow get tied into the plane's PA system — with two ex-girlfriends on the ground, one of them suicidal and the other, played by Blanca Suarez, who has finally broken free of his spell.

Those convolutions are what keep you laughing and eventually as high as that plane, blissed out by the Candyland colors and music by Alberto Iglesias that mixes melodramatic strings — like something out of the old disaster movie Airport — and a noodling clarinet. That campiness is full of emotion. Almodovar is so fluid that he doesn't seem to make movies anymore, only to dream them aloud.

The Irish fabulist Neil Jordan is equally on top of his game. Two decades after his uneven Interview With the Vampire, he's back with bloodsuckers — this time female — in Byzantium.

Saoirse Ronan plays Eleanor, a young-looking but very old nomadic vampire who travels with her Cockney guardian, Clara, played by Gemma Arterton. Clara is bent on secrecy, on keeping the pair's rapacious private lives private. But Eleanor feels a deep need to tell her story to the world. She tries to drink only the blood of the sick and elderly, who receive her gratefully, as an angel of deliverance.

The teenage Ronan makes the perfect vampire, her face as austere as a death mask but her incandescent blue-gray eyes signaling the soul beneath. Jordan and writer Moira Buffini weave stories within stories; every vampire has a tale to tell. An extended excerpt from the old Hammer film Dracula: Prince of Darkness, seen on a TV, clues you into the movie's revisionist theme: In that picture, monks hammer an enormous stake through the heart of a writhing, nightgown-clad female vampire — an obvious metaphor for women being punished for carnal desire. But the females in Byzantium assert their right to indulge.

The movie is gorgeous, poetic, the lyricism actually heightened by harsh jets of gore. As usual in Jordan's films, romanticism wins the day (or the night), which might be unsatisfying to some horror fans hoping for a blowout climactic bloodbath. But for most of us, these female vampires will bestow the kiss of life.