Accessibility links
Game Console Ouya Lures Buyers With $99 Price Tag A $99 video game console funded through Kickstarter went on sale this week. Ouya is significantly cheaper than the big-brand consoles and also relies on a different business model. Games are sold through something like an app store, allowing customers to sample them before buying. 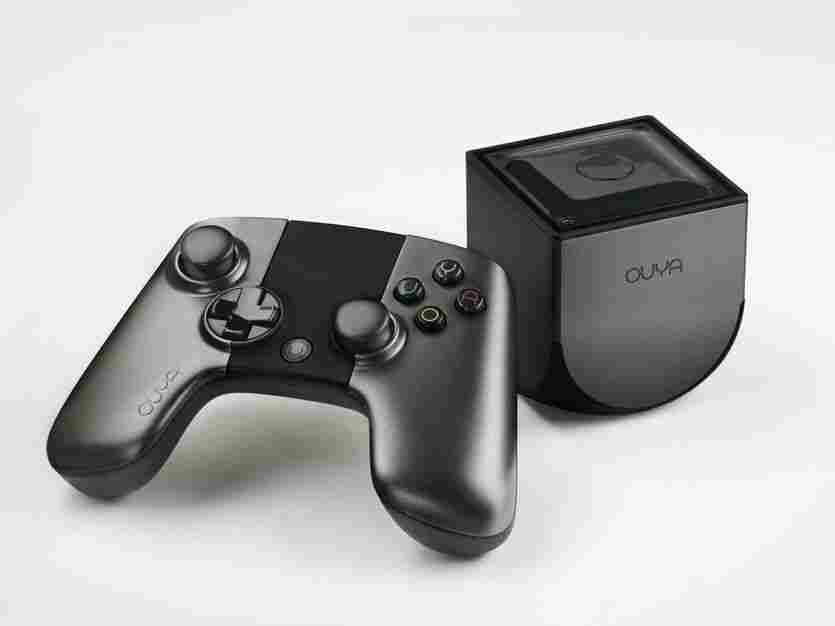 The Ouya game console and controller. Games are sold through something like an app store, allowing customers to sample them before buying. Courtesy of Ouya hide caption 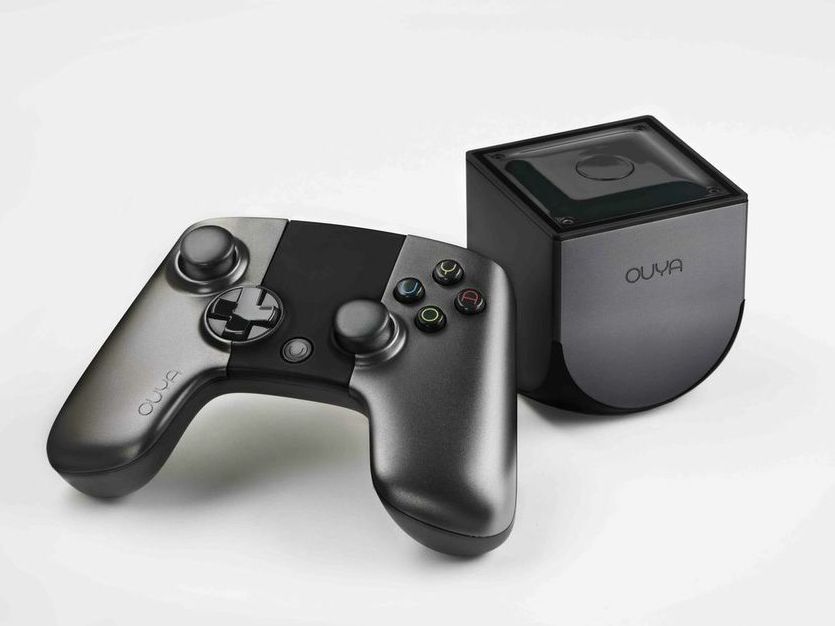 The Ouya game console and controller. Games are sold through something like an app store, allowing customers to sample them before buying.

Sony and Microsoft are preparing to launch their latest gaming consoles this fall with price tags from $400 for the PlayStation 4 and $500 for the Xbox One. But this week, a $99 game console went on sale and sold out at Target and Amazon.

The Ouya was designed to break down barriers between game developers and game fans, and its launchpad came from those communities, which supported it to the tune of $8.6 million on Kickstarter.

The console was the idea of Julie Uhrman. "The O in Ouya stands for openness," she says. "U is for universal and the YA just completed it. Ouya sounds good to say."

Uhrman gets passionate as she talks about bringing openness and universality to the way people buy and sell games. On a console like the Xbox or PlayStation, people have to spend $60 to buy a game they haven't played. The Ouya lets gamers try it for free, and game developers can decide on a price.

"The developers have total freedom on how they want to monetize that content. So it could be a free demo, and then you can unlock the full version of the game for $19," Uhrman says.

The Ouya is a box the size of a Rubik's Cube made of aluminum and plastic. It comes with one game controller; you can buy additional controllers for $50 each.

Uhrman says she got inspired to build the Ouya because big console games like Call of Duty or Madden NFL cost tens of millions of dollars to make.

"Very few developers can do that, in fact, and you can see that because you don't see a lot of new content," she says.

So, instead of making games for consoles and TVs, a lot of developers limit themselves to mobile phones and tablets. The Ouya launched with more than 135 games, and the Ouya game store works like Apple's app store. Ouya gets a 30 percent cut, and the game maker gets 70 percent.

But its graphics don't hold a candle to the Xbox 360 or the PlayStation 3, and when Sony and Microsoft release their new consoles this fall, they'll look even better. But for a lot of gamers, $99 for the Ouya may be about the right price to pay to scratch that itch to play games.