Accessibility links
Bittersweet At No. 1: How A Japanese Song Topped The Charts In 1963 Fifty years ago, Kyu Sakamoto was the face of a new postwar Japan: a clean-cut, 21-year-old pop idol. But professor Ian Condry says that underlying the sweetness of the hit song "Sukiyaki" was a story of sadness and loss. 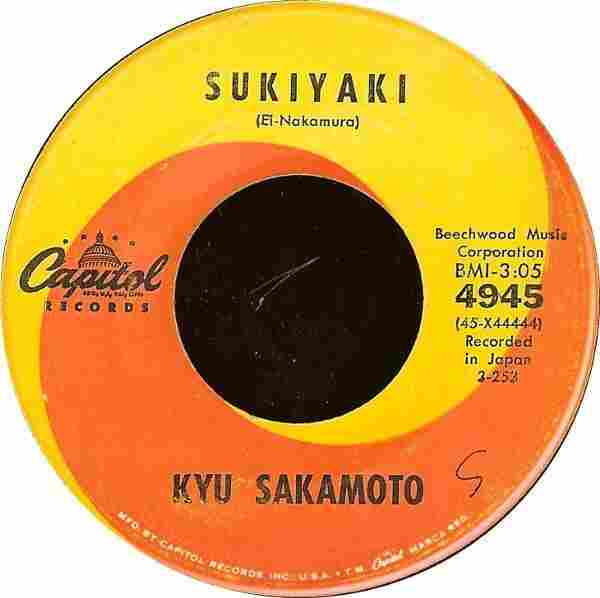 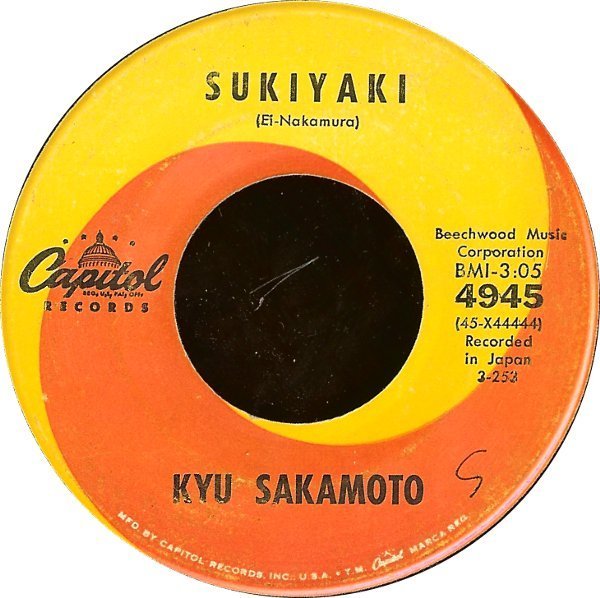 Underlying the sweetness of Kyu Sakamoto's unexpected hit song "Sukiyaki" was a story of sadness and loss.

Fifty years ago today, the No. 1 song in America was an import from Japan: a song about young love called "Sukiyaki," sung by Kyu Sakomoto.

Ian Condry, who teaches Japanese culture at MIT, says "Sukiyaki" transcended language because it hit an emotional nerve. The song spent three weeks at the top of the Billboard charts in June 1963 and was already a huge hit in Japan before its American debut. But what most listeners in the U.S. probably didn't realize was how it symbolized Japan's return to the world stage.

"1963 was when Japan was returning to the world scene after the destruction of WWII," Condry says. "1964 was the Tokyo Olympics. And Japan's economy was expanding globally and so, in some ways, the song is kind of an interesting metaphor for that global expansion of Japan on the world scene."

Kyu Sakamoto was the face of this new postwar Japan: a clean-cut, 21-year-old pop idol. But Condry says that underlying the song's sweetness was a story of sadness and loss.

"The lyricist Rokusukay Ey was looking back on the failure of the protest movement in Japan," he says.

In the late 1950s, there had been huge protests against the continued American military presence.

"There was a virtual occupation of the Diet, which is the Japanese parliament, and student protests were happening all over — tens of thousands of people marching and chanting," Condry says. "Nevertheless, the government went ahead and signed the security treaty."

Condry says that experience left many young people disillusioned about protests. And so, in Sakamoro's song, he says he hears the longing for a fresh start.

"It really is a song about the sadness of looking back, but also being on the cusp of something being better in the future," Condry says. "In some ways, that also helps explain the timelessness of that kind of sentiment."

So while "Sukiyaki" may have come out of a failed protest movement in Japan, that same song — with its hummable melody and sweet disposition — became an unlikely hit in an American summer of change: the summer of 1963.

5 Covers And Samples Of 'Sukiyaki'