Accessibility links
Judge Who Struck Down Proposition 8 Knew Case Would Go Far Retired federal Judge Vaughn Walker set the California gay marriage ban on its way to the Supreme Court with his ruling in 2010. On Wednesday, the high court kept his decision intact. Walker shares his insight into the justices' strategy and the controversy he's waded through as a gay judge. 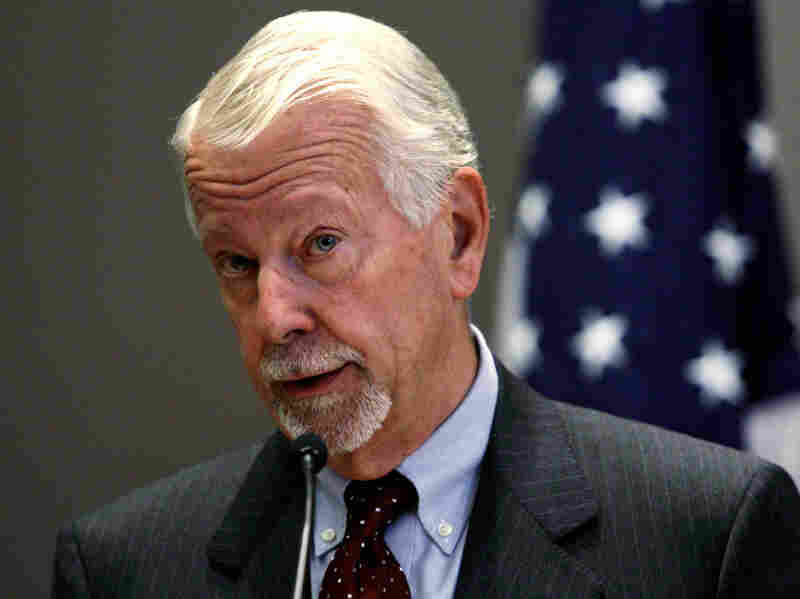 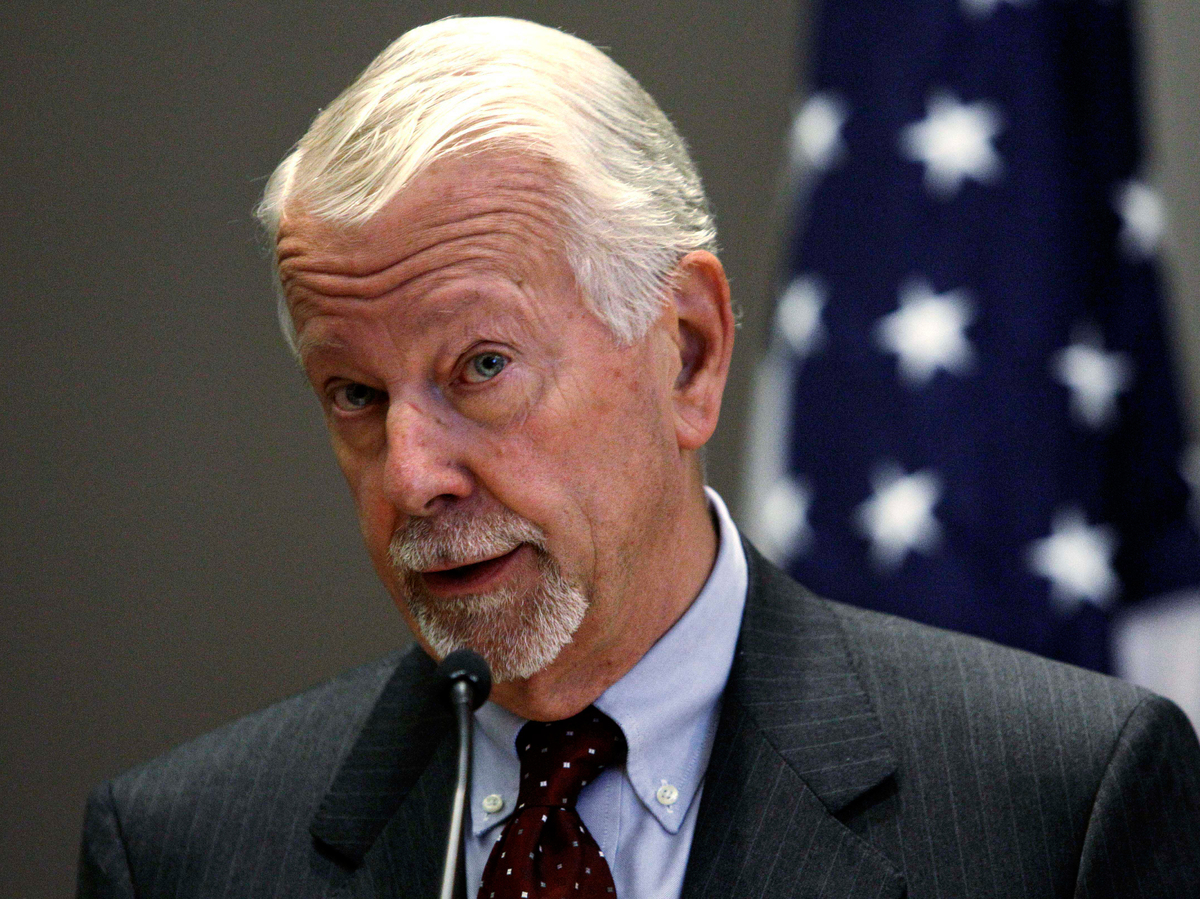 When the Supreme Court issued its decision clearing the way for same-sex marriages to resume in California, former District Judge Vaughn Walker had worked up a sweat.

"I was at the gym on the treadmill, and the television was on. So I was working up a sweat for reasons other than Proposition 8," says Walker, who now has a private practice.

Walker is the judge who struck down the state's ban on same-sex marriage in 2010. The decision by the Supreme Court earlier this week left that decision intact.

With a few days now to consider the justices' action, Walker has concluded that the Supreme Court's conservatives avoided a direct ruling on same-sex-marriage bans generally because they did not have five votes to prevail on the merits of the case.

In short, if the court had ruled directly on the question of whether states act constitutionally in banning gay marriage, the answer would have been no. So instead, the court declared it had no jurisdiction to decide the issue. As Walker sees it, Justice Antonin Scalia's vote to dodge the issue tells the story.

"The fact that Justice Scalia joined with Chief Justice Roberts in the determination that the proponents did not have standing telegraphed to me that Scalia had concluded that he did not have the votes necessary to uphold Proposition 8," Walker says.

"Had he thought there were five votes for that result, my guess is that he would have been inclined to find standing so that the court could tackle the case on the merits."

Judges in the federal courts are assigned cases at random, so when California's ban on same-sex marriage was assigned to Walker, he confesses that it did give him a moment's pause, because Walker is gay.

"Yes, I gave it thought, of course," Walker says. "But I had been open for a long period of time."

More On The Supreme Court's Rulings

Justice Kennedy At Center Of Gay Rights Decisions For A Decade

And while he had not talked about his sexual orientation publicly, he says his colleagues knew, people in the legal community knew; it had been mentioned in the press. While he had thought that at some point in his many years on the bench it would have come up in court, it never did.

Indeed, when the lawyers supporting the ban on gay marriage were asked if they planned to raise it as an issue, they said no. Later on, after Walker's ruling, the Proposition 8 advocates did raise the issue, seeking to have Walker's opinion invalidated. That move, however, was quickly slapped down by another judge.

Walker says he always knew the challenge to the Proposition 8 ban on gay marriage would be a case of great consequence.

"I had every expectation that at some point or other this case would wind up in the Supreme Court of the United States," Walker says.

That's just one of the reasons he conducted a 12-day trial, to be sure there was a complete record for the appeals court and Supreme Court to review. He also says he learned a lot during the trial about the history and evolution of marriage.

Walker's role in the Proposition 8 case is particularly ironic, given the controversy over his nomination to the bench by President Reagan in 1987.

He was opposed back then by gay-rights groups and their supporters because, as a lawyer, he had represented the International Olympic Committee and the U.S. Olympic Committee in a successful trademark suit that forced the Gay Olympics to drop the word "Olympics" from its title. He remembers the experience as a bitter one.

"I was accused of having taken the case and having litigated it in the way I did because I was covering up for my own sexuality," he says.

The San Francisco Board of Supervisors even passed a resolution against his nomination. It took two years for him to win confirmation — or, as he pointedly notes, 23 months.

Back then, he probably never imagined that he would be the author of the first federal court decision declaring a constitutional right to marry for same-sex couples.

Now that the Supreme Court has struck down the federal Defense of Marriage Act but left the issue of same-sex marriage bans unresolved, Walker is only mildly reticent about making predictions.

And what about him? Three years ago when he retired from the bench, Walker said he had no plans to marry. So has that changed?

"It has not," he declares, but adds puckishly that, in any event, "You will not be the first to know."