Accessibility links
Gay Marriage Now A State-By-State Battle After this week's Supreme Court rulings on gay marriage, supporters and opponents are turning their attention to individual states, where several legislatures are expected to take up the issue. 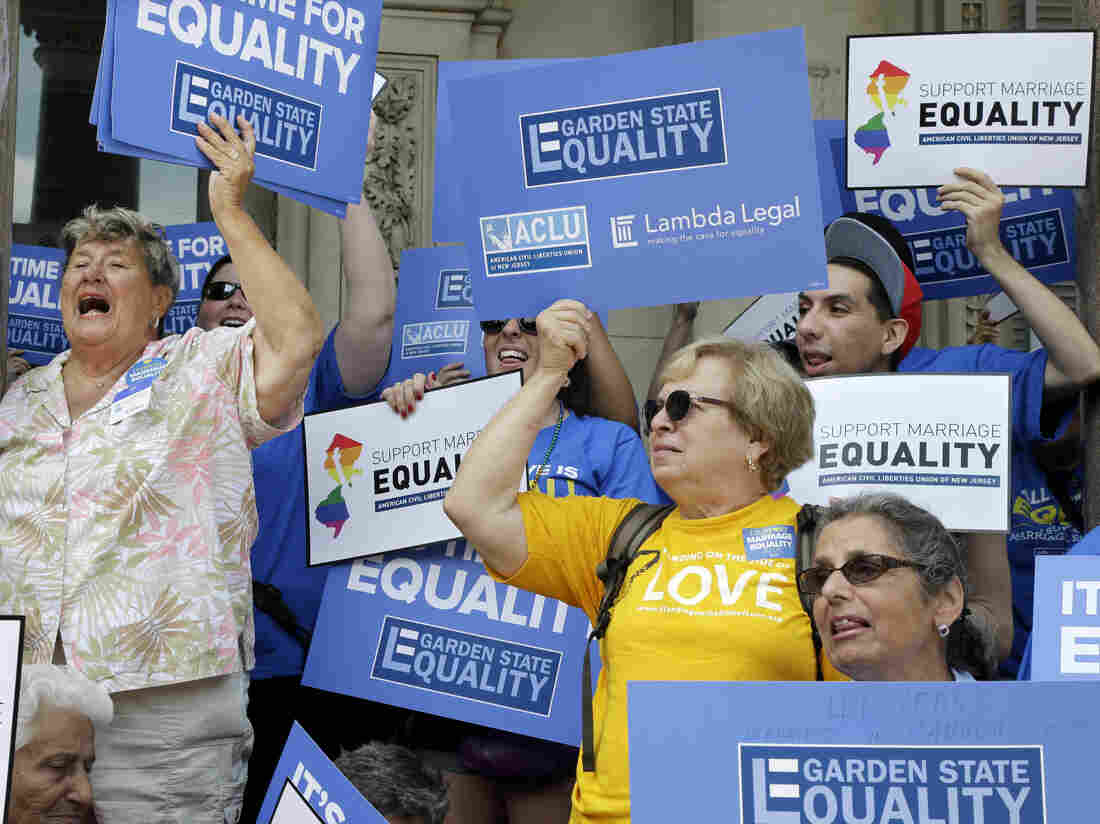 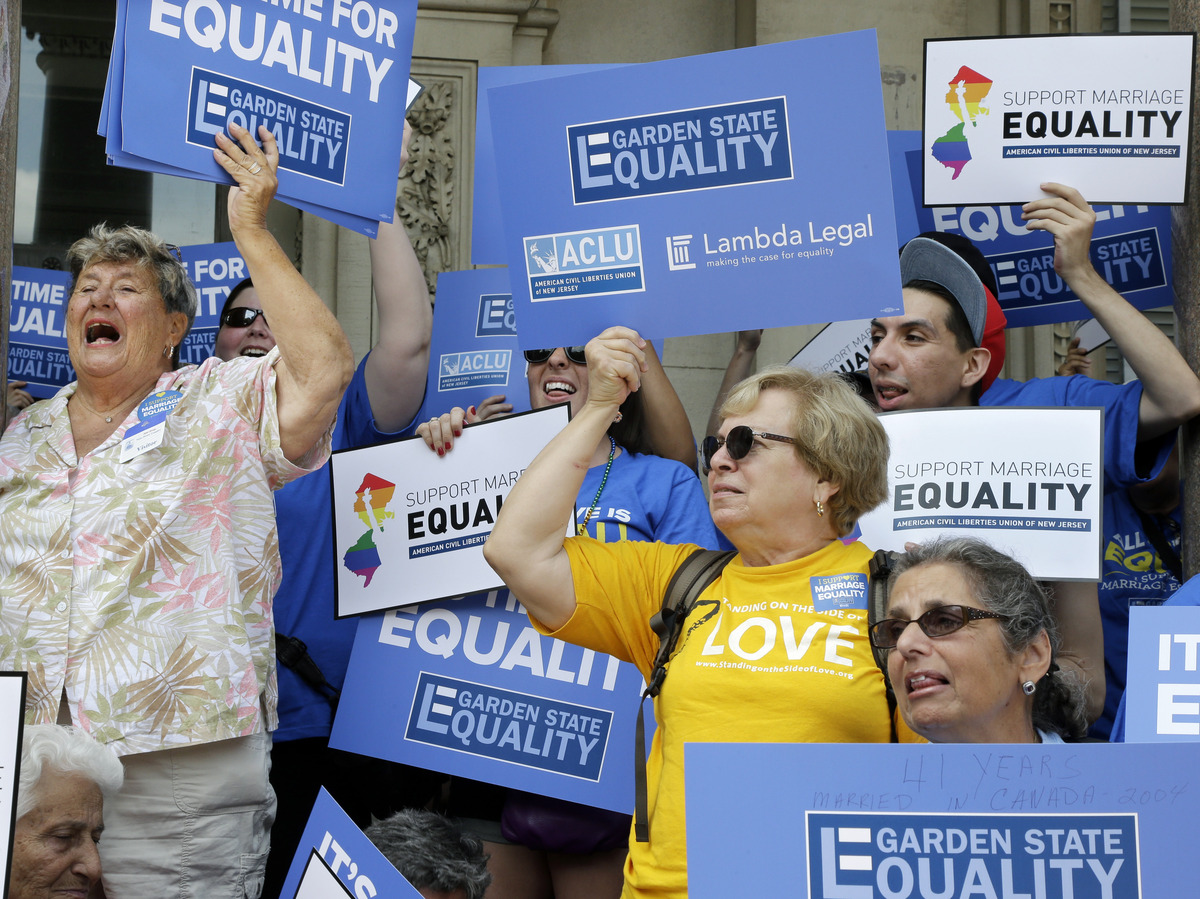 Advocates for gay marriage in gather outside the New Jersey Statehouse on Thursday.

Gay rights activists celebrated two big victories this week before the U.S. Supreme Court, as justices overturned the Defense of Marriage Act and cleared the way for same-sex marriages in California.

Now gay marriage opponents and supporters are turning their attention to individual states, like New Jersey, where polls show most residents support same-sex marriage. So far, one person, Gov. Chris Christie, has stood in the way.

"I believe that the institution of marriage for 2,000 years has been between a man and a woman, and I believe that it should continue to be," Christie said on a radio call-in show in Trenton last week.

Heading into a re-election campaign, Christie remains popular, even though most voters in the state disagree with him on this issue. He says advocates should put the issue before voters with a referendum this November.

"The proponents have said all along that the majority of people in New Jersey want it," he told radio listeners. "Well then, put it on the ballot and then it'll pass and then it's the end of the discussion."

Privately some gay marriage supporters say they want to avoid an expensive campaign. But more important, they say a referendum is not how they want to win.

"Many of our legislative leaders believe that civil rights should not be litigated in a public referendum," Oliver said. "I think the next tactic you will see, in the next coming weeks in New Jersey, are efforts to get a veto override."

"Based on the Supreme Court decision, we will file a motion for summary judgment for an immediate ruling that same-sex couples be allowed to marry," Gorenberg told supporters.

In neighboring Pennsylvania, several Democratic lawmakers are introducing same-sex marriage legislation. But those bills will likely have an uphill battle in the Republican-dominated Legislature.

Prop. 8 Plaintiffs Marry In California, After Stay Is Lifted

On Wednesday, Democratic state Rep. Brian Sims, who is gay, tried to make a statement on the House floor, but Republicans blocked him.

Most states in the U.S. don't allow same-sex marriages. But now, with California, about 30 percent of the U.S. population will live in states that do have gay marriage. Supporters believe the list of states will grow.

Colorado allows civil unions, but University of Denver law professor Kris Miccio says she wants full marriage. She believes the Supreme Court's rulings this week give her a good argument to make in court. So she and her partner have a plan.

"We're going to be married the Saturday after Thanksgiving in New York," Miccio said. "And then coming back to Colorado and filing suit."