Accessibility links
Shuttle Atlantis Lands For Good At Kennedy Space Center After traveling 125 million miles in orbit, the shuttle is now on display about 10 miles from where it launched and landed on its final mission just under two years ago. 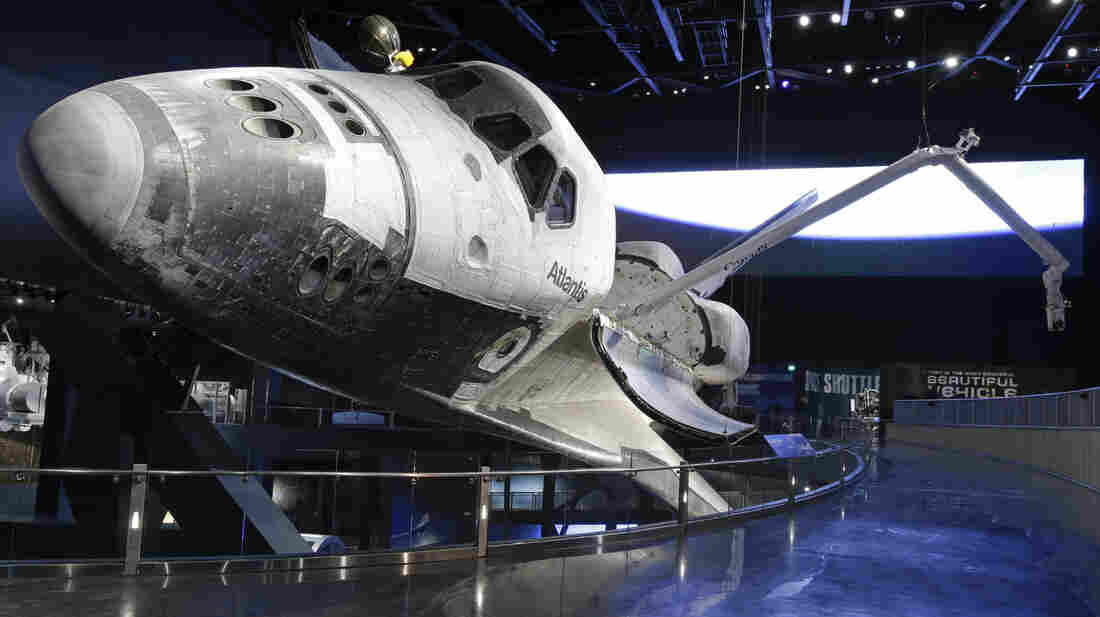 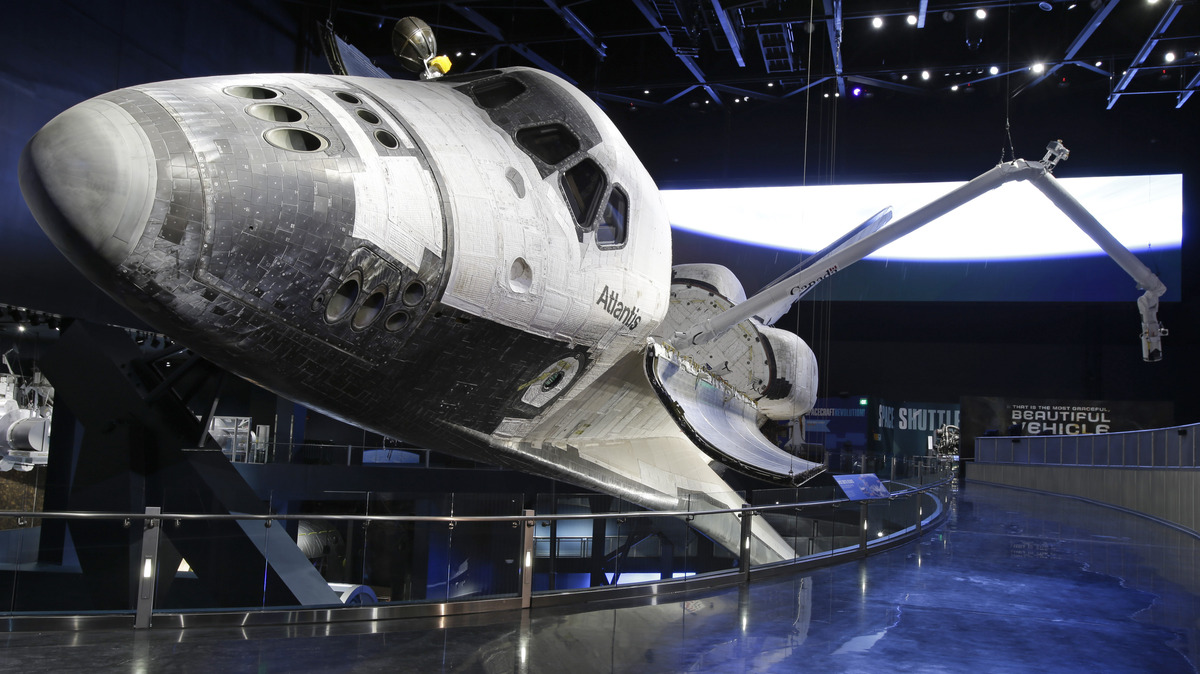 Visitors to the new Atlantis exhibit at the Kennedy Space Center walk into the building under a big orange external fuel tank like the one the shuttle rode into space.

The tank's a replica — but the shuttle inside is the real deal.

People who worked on the shuttle program, like retired technician Tom Boarman, are looking forward to reuniting with Atlantis.

"Well, it will be a very familiar sight to me," Boarman said. "I've seen it on the pad many times — all the shuttles."

Inside the hall, the shuttle looks like it's floating, weightless, against the dark walls and ceiling, while a video showing the curve of the Earth from space plays behind the towering tail fin.

Astronaut Jim "JR" Reilly took his first spacewalk from Atlantis in 2001. Seeing the display for the first time was emotional for him.

"Because it took me back to that moment where I looked back and there's the Earth," Reilly said. "That is a pretty powerful moment, to see the Earth and everything you know right there, and it's flying behind Atlantis." 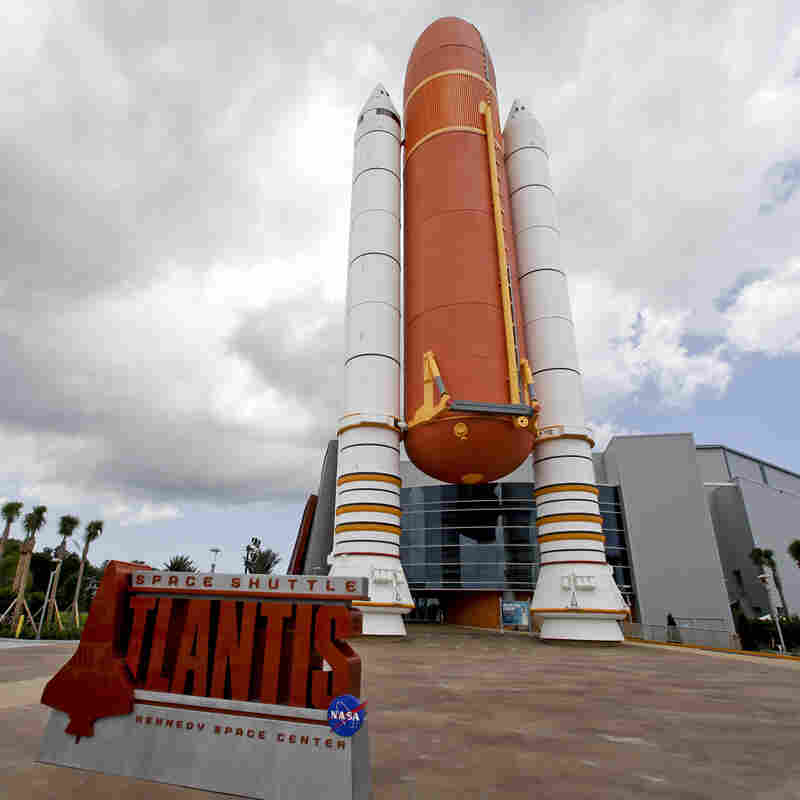 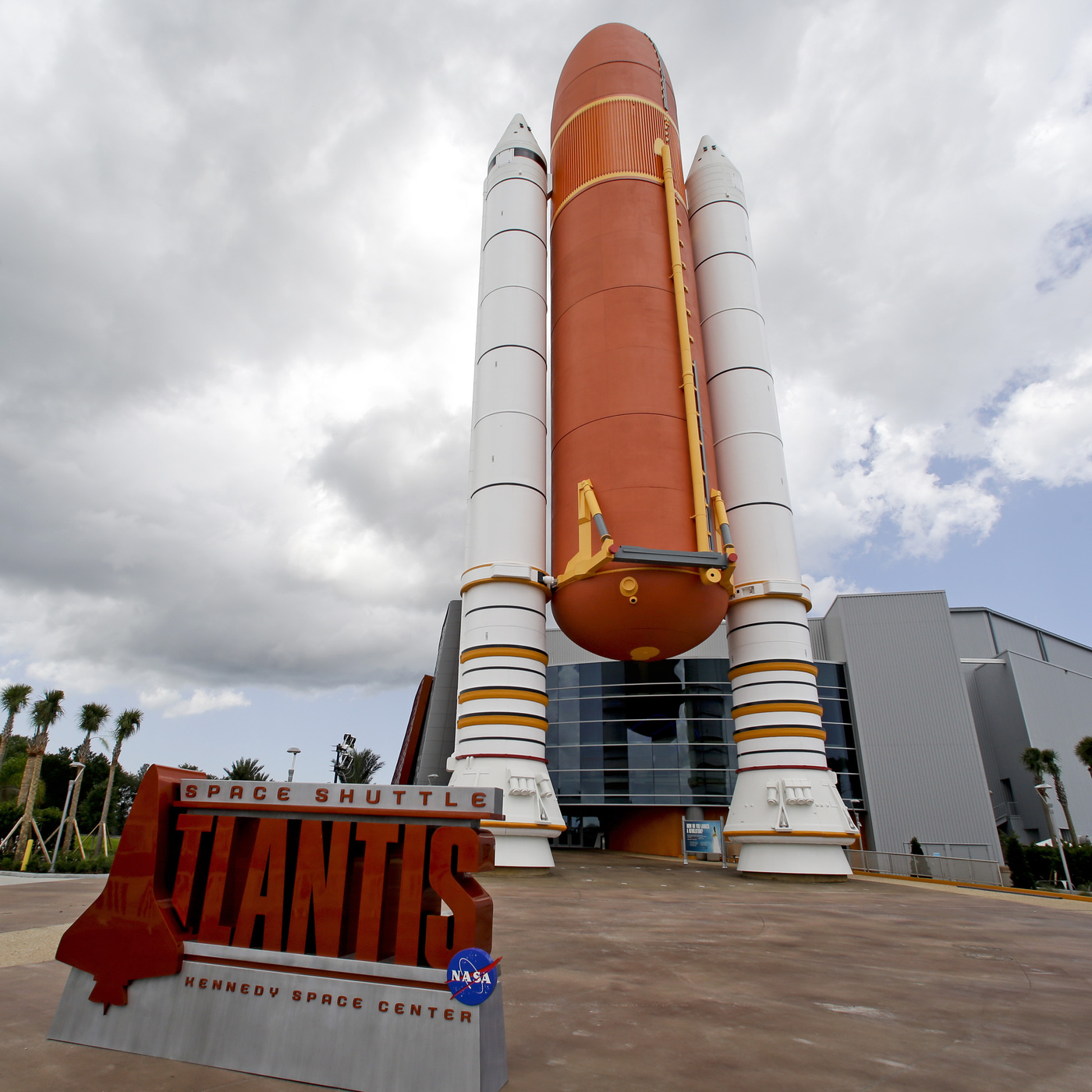 The entrance to the Atlantis exhibit features a replica fuel tank.

Unlike the other retired orbiters on display in California and Virginia, Atlantis is tilted on an angle. Visitors can see right inside the open cargo bay, with its robotic arm extended, then walk around and look at the belly, where re-entry has scorched the thousands of grey-black thermal tiles.

It's a view Reilly remembers well after returning from space.

"And it would still be hot," he said. "So you could put your hand up next to it and feel the heat radiating from the tiles and from the nose cap after we'd do our walk-around."

Atlantis flew 33 missions, but it was built to fly 100 times, so this museum display is bittersweet for people who worked and flew on the shuttle.

The exhibit includes interactive displays. Visitors can crawl through a miniature model of the international space station, or zip down a slide mimicking the shuttle's landing path.

There was stiff competition among museums for the retired orbiters after the shuttle program ended. But astronaut Reilly says the Kennedy Space Center is the right place for Atlantis.