Accessibility links
First Listen: Speedy Ortiz, 'Major Arcana' Sadie Dupuis writes lyrics that should be scrawled on notebooks and bathroom walls by every disaffected high-school kid, right before the inevitable trip to the counselor's office. Her solo-moniker-turned-band is like a gummy double-helix, twisting sweet-and-sour words around contorted, '90s-inspired indie-rock. 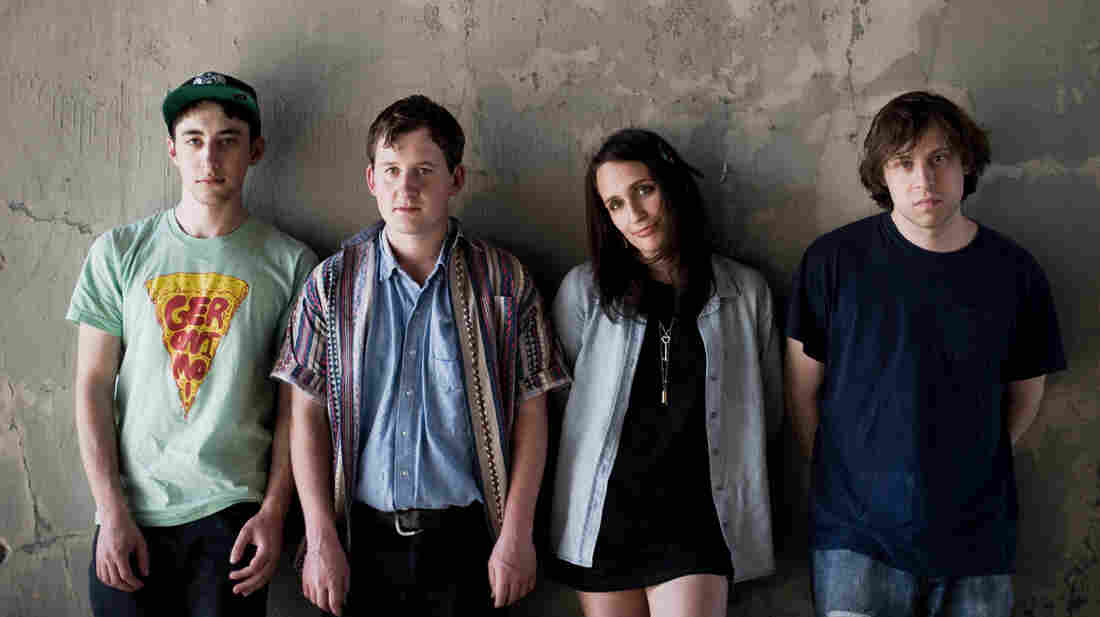 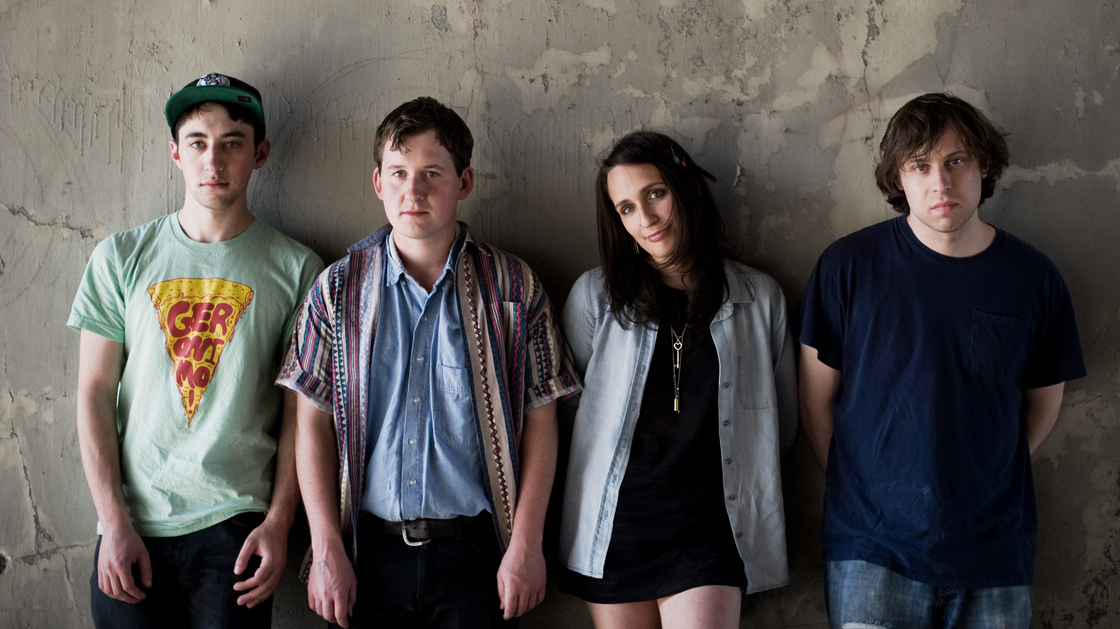 There are just too many quotable quotables from Speedy Ortiz's debut album, so let's cut to the raison d'être from "Tiger Tank": "My mouth is a factory for every toxic part of speech I spew."

Major Arcana, out July 9, is a lot of things: awkward, vulnerable, heavy, hilarious. But above all, to use the parlance of the band's Massachusetts home, it's wicked smart. Guitarist and singer Sadie Dupuis is a UMass-Amherst MFA poetry student, sure, but there's more to Speedy Ortiz than that: This solo-moniker-turned-band is like a gummy double-helix, twisting sweet-and-sour words around contorted, '90s-inspired indie-rock.

Dupuis is spectacular at the wordy take-down that you only get a few minutes later. "Pioneer Spine" is for wishy-washy friends — "All you got is spineless sound / I want the truth, even if I gotta rip it from you" — heavy on distorted Dinosaur Jr. vibes and hefty Polvo harmonics. With a bendy and bouncy riff out of The Breeders, the two-minute "Fun" skewers unchecked machismo. And the jangly/sludgy "Tiger Tank" is an awkward kiss-off pop song that bares teeth.

But for all her sweet-toothed seething, it's Dupuis' own self-deprecating, sometimes vulnerable sense of self that keeps Major Arcana honest. Some lyricists hide behind non sequiturs while others spell everything out, but Dupuis, like anyone who's dealt with codependent relationships (romantic or otherwise), knows it's more complicated than that.

Toward the back of the album, "Cash Cab" and "Plough" dish out a chaotic and inward one-two punch. The former comes barreling out of the early-'90s noise-rock Amphetamine Reptile catalog — ugly and gnarled, belligerent on single-note bends and empty threats. "I wanna be with somebody just like me / Someone who laughs at a crashed car rental." The latter's title is a crude yet effective euphemism for you-know-what and the jerk who treats it as such: "I was never the witch that you made me to be / Still, you picked a virgin over me." Dupuis writes lyrics that ought to be scrawled on notebooks and bathroom walls by every disaffected high-school kid, right before the inevitable trip to the counselor's office.

Still, amid Speedy Ortiz's slingshot tension, there's a tenderness to "No Below" that's almost hard to hear. Dupuis' voice trembles when she sings, "Spent the summer on crutches and everybody teased / except for this one friend I almost forgot." With a lanky guitar melody that Dupuis mimics with her voice, it's the most Pavement-y moment on an album that will inevitably get compared to Stephen Malkmus and company. (After all, she does front Babement, which is exactly what you think it is.) But unlike Pavement's music, with its cool distance, Major Arcana is intimately entangled in its explosive coils and bends.