Accessibility links
From Kids' Books To Erotica, Tomi Ungerer's 'Far Out' Life The famed author and illustrator broke the rules of American children's literature in the '50s and '60s, but many Americans have never heard of him. A new documentary, Far Out Isn't Far Enough, looks at his life and work. 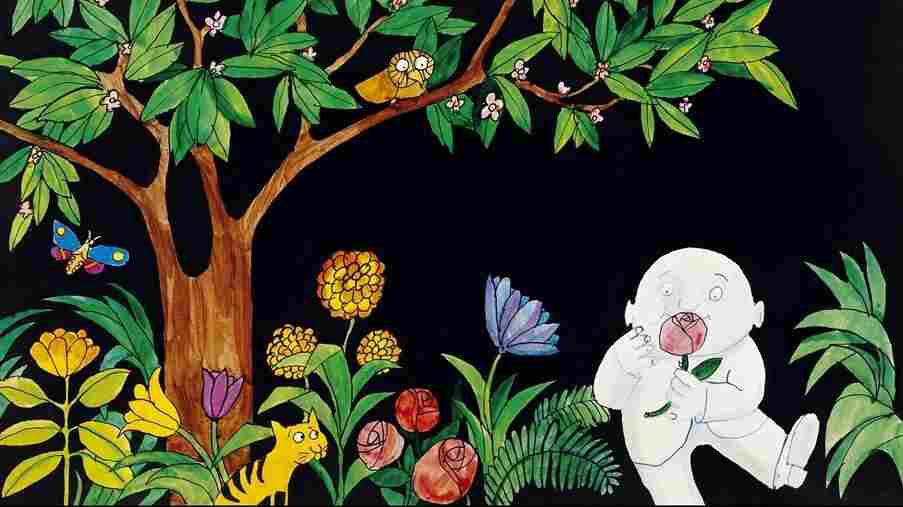 Children's-book writer Maurice Sendak learned a lot from author and artist Tomi Ungerer. In Far Out Isn't Far Enough, a new documentary about Ungerer, Sendak says, "I learned to be braver than I was. I think that's why [Where The Wild Things Are] was partly Tomi — his energy, his spirit. I'm proud of the fact that we helped change the scene in America so that children were dealt with like the intelligent little animals we know they are."

With a champion in their shared editor, Ursula Nordstrom, Sendak and Ungerer broke the rules of American children's literature in the 1950s and '60s. They created stories and illustrations that many adults found too frightening and rebellious for children — but that kids themselves loved. Ungerer's series of books about the Mellops, a family of adventurous and resourceful pigs who often found themselves in scary situations, was particularly popular.

Ungerer didn't mind scaring kids, because he believed in their ability to cope with and adapt to life's difficulties. He himself had witnessed terrifying things as a child growing up on the French-German border, in Alsace, during World War II. His work, he says, reflects his experience. 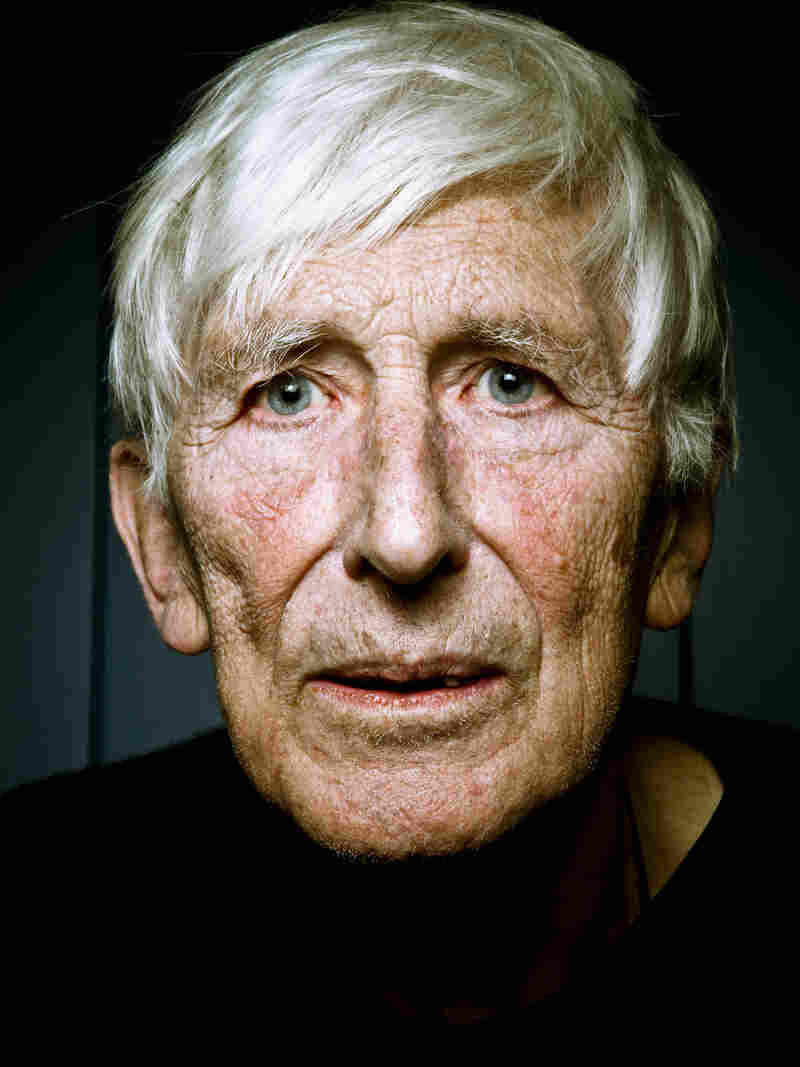 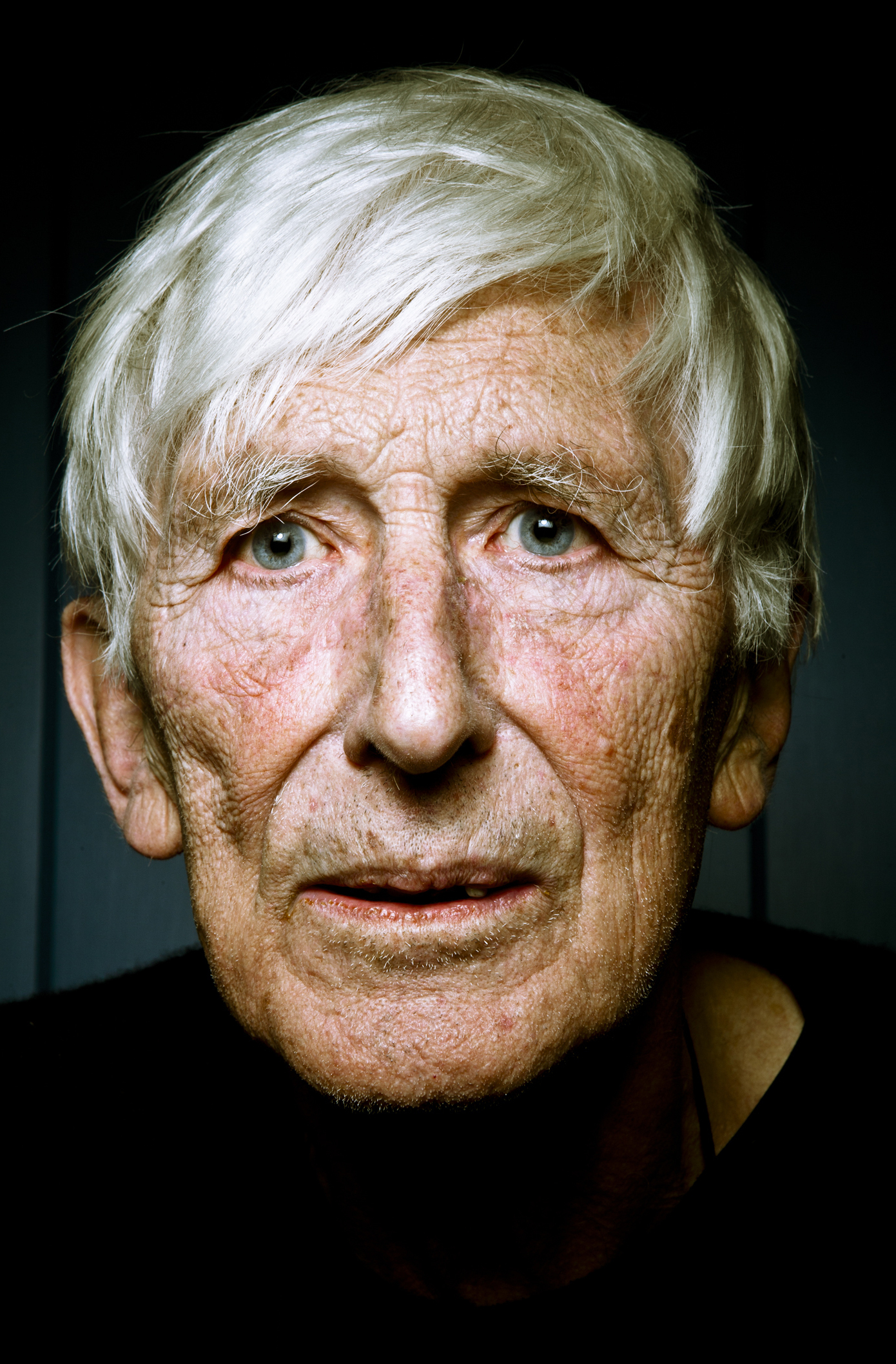 Sam Norval/Corner of the Cave Media

"Most of my children's books have fear elements," he tells Fresh Air's Terry Gross. "But I must say, too, to balance this fact, that the children in my books are never scared. ... I think fear is an element which is instilled by the adults a lot of time. I remember even in the bombings and whatever, we were always joking away."

On fear versus anxiety

"To be scared is one thing; anxiety is another one. ... If you are in a battle and you have bombs and bullets and shrapnel and everything is going up in the air, that's why you can be scared. But it doesn't really compare to the anxiety. You see, the anxiety ... is something much deeper in a way, because it sticks to you all the time. Are we going to make another day? Are we going to be arrested? ... It's all the impending menace, you know, all the time, all the time. And that's anxiety. I find anxiety worse than fear."

On growing up in Hitler's Germany

"I remember I had to do a portrait of the Fuhrer, you know, giving a speech, and put a stein of beer on this thing. Well, the Fuhrer didn't drink, but still, you know, nobody ever objected. The thing is, no matter what tyranny, you can always get away, maybe not with murder, but with a few other things. And your mind is always free. Nobody can take away your mind.

"We were brought up to become soldiers. ... [T]hey would say, 'Don't think. The Fuhrer thinks for you.' But then it was reassuring, too, because I was not a good pupil, and then the teachers would say to me ... 'Don't worry, the Fuhrer needs artists and all that.' I mean, the whole thing was geared to win over the children away from their parents."

On his early career in New York

"It was a land of opportunity. It was really incredible how everybody was so nice. In those days you could call any art director or editor just like this, and the secretary would give you an appointment and you could come there and show your work. I remember I arrived with $60 in my pocket, so I didn't have a portfolio, and I was carrying just my drawings, you know, under my arms.

"And one day it started raining, and I went into a pharmacy — it was on 43rd Street and Broadway, and I think it's still there. And I asked for a box, you see, for my drawings. So they gave me a box that created quite a sensation. because it was a wholesale box for condoms.

"[I]t was incredible how quickly I was able to settle down and work. And I would say I was enough of [a] success to be able to buy a house in New York three or four years later. ... And I'm very grateful for that, really. New York — there's no city in my life I've ever loved as much as New York."

On his mother's affection

"My answer for [Maurice Sendak and Else Holmelund Minarik's] A Kiss for Little Bear was No Kiss for Mother, because ... my mother loved me much too much, and she poured her affection in the most sloppy ways — I mean over my cheeks and everywhere. And I couldn't stand to be kissed or even touched by my mother. She really overdid it."

On being forced to learn German

"The Nazis arrived, and after three months it was forbidden to speak a word of French. You could be arrested for a bonjour or just a merci. Just any word in French, you could be immediately arrested. I had to learn German in three months — which shows you that with a knife on your neck, you can learn a language in three months."