Accessibility links
Kids Unplugged: Summer Camps Ban Electronics A decade ago, many summer camps nationwide instituted a no-tech policy. Technology has changed since then, and social media threatens to distract kids' attention more than ever. But while kids are kept from their gadgets, behind the scenes, technology is enhancing their safety. 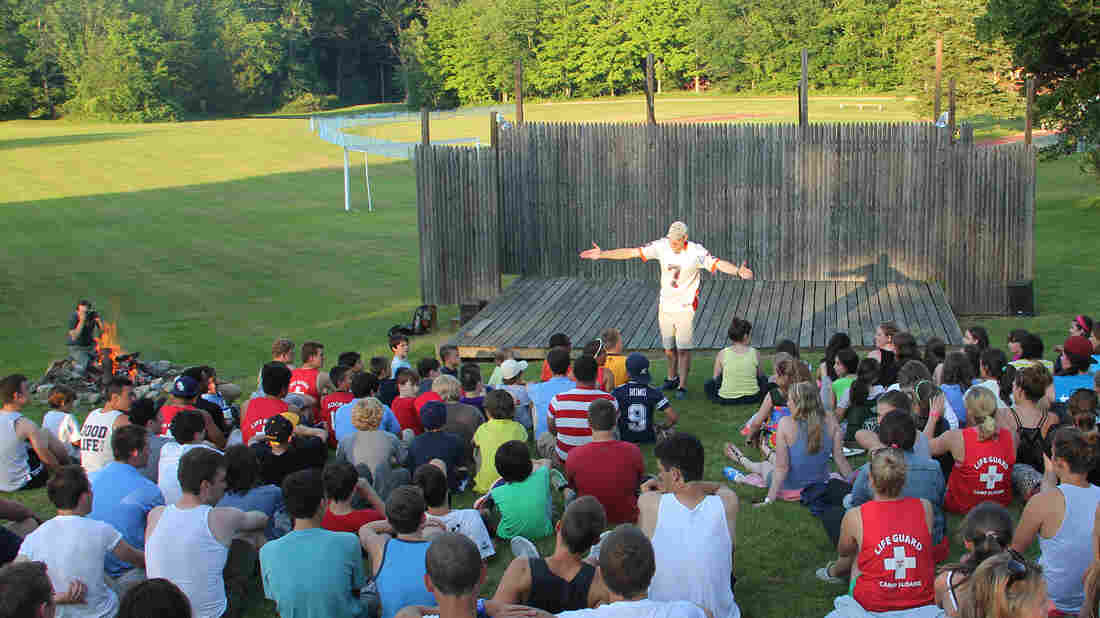 Camp Manitou-Lin in Middleville, Mich., had just started banning electronics at the start of summer in 2003.

Back then, 11-year-old Michael Lake of Grand Rapids was not so enthusiastic about the new policy. "I live on my Game Boy. When I get home, I'm going to need two packs of batteries," he said.

Cut to 2013, and the Xbox, Instagram, iPhone and iPad. Technology has dramatically changed, and yet some things have stayed the same.

A Change Of Pace

Camp Sloane is set on 270 acres in the foothills of the Berkshires in northwest Connecticut. The campsite has a lake, towering trees and canvas tents held up by wooden poles.

Sarah Gold, 11, says summer camp is a lot different than her life in Manhattan.

"So, you're not just, like, texting, or playing little games on your phone or on your iPad. You can actually interact," she says.

Still, they occasionally find contraband. Program director Adam Janaway points to the cabinet where they keep all the banned devices.

"I've got two cellphones already," he says. "I've got an iPod as well."

The camp makes sure the kids stay busy with lots of activities, such as mountain biking, sailing and fishing.

But while gadgets are banned from camp, behind the scenes there's a different story.

Camp Sloane actually depends a lot on technology and computers: Its data is backed up on a cloud, and they have a Facebook page.

Last year, the camp invested thousands of dollars in a high-tech underwater locator system to prevent drowning. It's one of only three camps in the world to have it. Campers put on a plastic headband, which is detected by an underwater antenna using a frequency. Once the headband is underwater for 20 seconds, a light goes off onshore. Ten seconds later, it starts to beep.

Camps are trying everything they can to attract campers and their parents, and these tech-savvy touches help.

At Camp Sloane, Bryant says technology will be used to enhance safety and the experiences of campers, but that won't apply to cellphones or personal entertainment devices anytime soon.

But camp is worth it, he says, "because you get to make new friends, explore nature and see a bunch of new animals, like turtles."

He'll also be busy the next two weeks playing tennis, mountain biking and, he hopes, learning to build a fire.