How Firefighters Cope With Profound Tragedy

How Firefighters Cope With Profound Tragedy 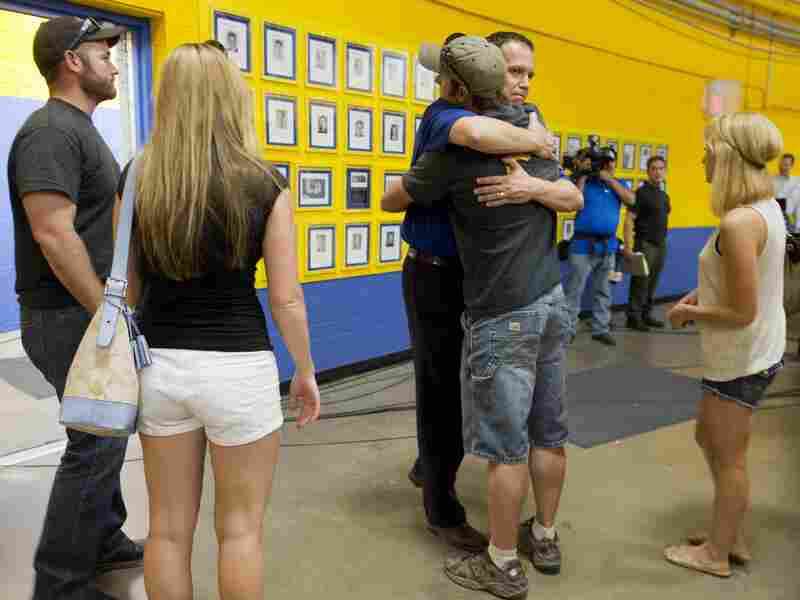 Members of the Prescott fire department embrace Monday as they arrive to listen in at a news conference in Prescott, Ariz. Julie Jacobson/AP hide caption 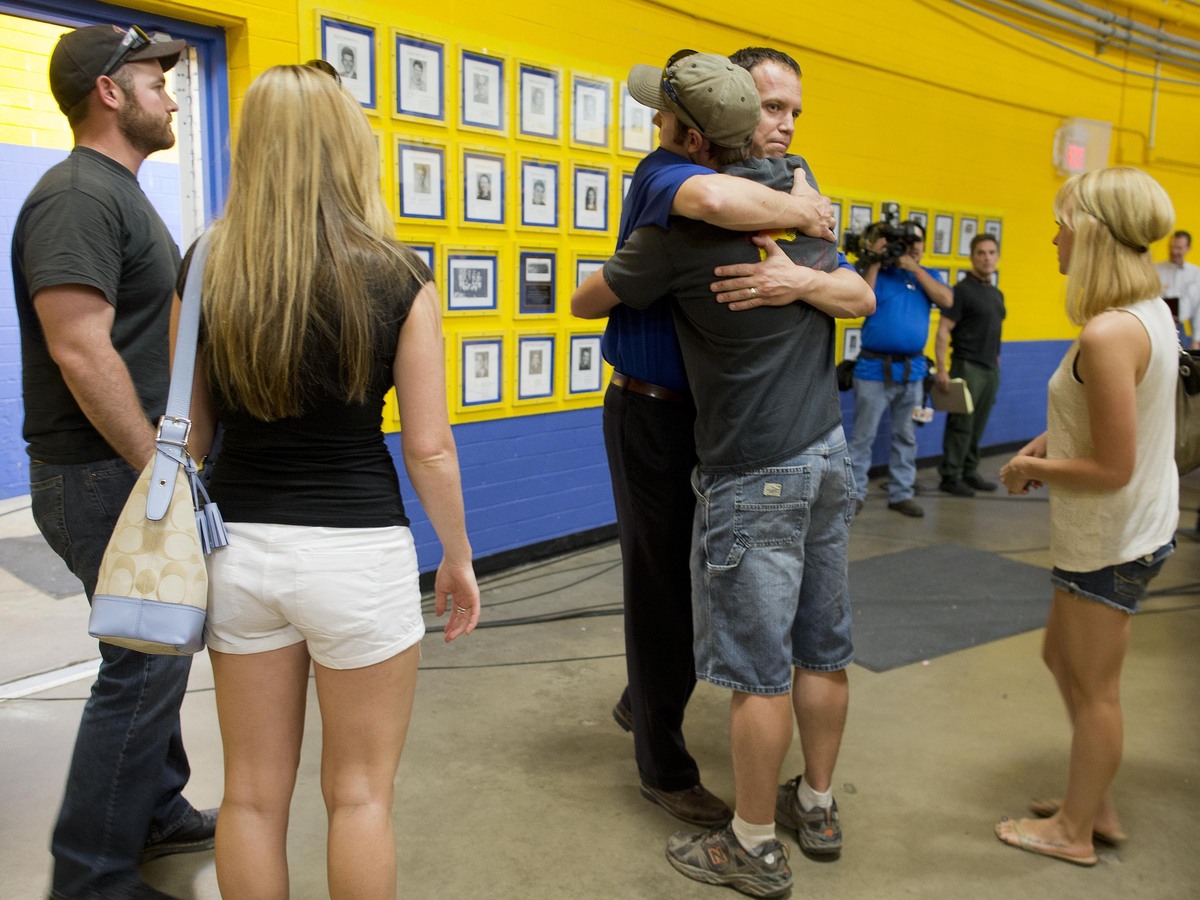 Members of the Prescott fire department embrace Monday as they arrive to listen in at a news conference in Prescott, Ariz.

It's not that firefighters are never afraid, but they have too many other things to worry about to give in to fear.

"Fear is not an aspect of the job, per se," says David Simpson, superintendent of the hotshot crew based in Santa Fe, N.M. "It's the day-to-day tasks you perform time and time again that concern us more than the fire changing directions."

There are about 100 hotshot crews in the U.S. Working in teams of 20, they are the ones who hack out a fire line in hopes of containing a raging brush fire.

The 19 firefighters who died in Arizona on Sunday were part of a Prescott fire department hotshot team, but many other hotshots work for the U.S. Forest Service.

"The fire service as a whole understands that there is a definite risk relative to the work that we perform to protect our communities," says Ron Siarnicki, executive director of the National Fallen Firefighters Foundation. "Any time you engage in fire, there is a chance you can perish."

The risk of death for firefighters has actually been decreasing in recent years. There's been greater attention paid to the other occupational hazards they face — far more are killed by heart attack and vehicular accidents than fire itself.

Last year, 73 firefighters died in the line of duty, according to the foundation, down from an annual average of about 100.

But it's early in what's already been an active season. Four fires alone — in Prescott and in West, Bryan and Houston, Texas — have caused 35 deaths combined, close to half of last year's total.

Fire departments are experimenting with new methods to help their men and women cope with grief and the high level of stress associated with the job.

"They pay us hazard pay for a reason," Simpson says. "There is an inherent risk in wild-land firefighting."

Not Yet Time To Grieve

Hotshot squads work together, day and night, throughout the Western fire season. Typically, they work for 14 days straight out in the field, before heading back to the towns where they're based for two days of mandatory rest.

The highly trained hotshots will typically each work more than 1,000 hours of overtime in a single season.

"That's the toughest part of the job, not always being able to take a shower, not being able to talk to family and friends," says Simpson, the Santa Fe superintendent. "It grinds on you during a long season."

Simpson's crew is currently active, working to contain the Silver City fire in northern Nevada. After they get their break, he says, he'll see which ones need to talk through the deaths of their fallen comrades in Arizona.

Even in Arizona, firefighters remain too busy to grieve.

"Right now, they need to bury their dead, they need to continue fighting the fire," says Ralph Esposito, a retired firefighter in New York City.

"You know what you felt when you went through it and you share that experience," he says. "You just give them a heads up, what's coming down the pike at them."

That shared experience can be invaluable, and familiar.

No one fights a fire alone. Whatever firefighters do, they do it as a team.

Some departments are seeking to turn that sense of camaraderie into an institutionalized source of support. The fallen firefighters association is offering training for peer counseling programs, based on models developed in the armed services.

A lot of it is simple stuff, like checking back with a peer who seems troubled, rather than just shrugging some behaviors off.

"The idea is that if you get into a mode of stress first aid every day, then when you have the catastrophic occurrence, it's second nature to the organization," Siarnicki says.

Not In It Alone

Teams of both counselors and fire survivors will be descending on Arizona in the coming days. It may take some time, maybe three or four weeks, for firefighters to be ready to talk about their loss, Esposito says.

Our society expects first responders to be heroic, which can make it even more difficult for them to express their emotions and admit to vulnerability.

An event of such magnitude as the Yarnell Hill fire near Prescott can offer an opportunity for firefighters to talk more generally about their fears, says Rachel Yehuda, a professor of psychiatry at Mount Sinai School of Medicine who has consulted with fire departments.

"It gives people a way to begin talking not only about that loss, but the other job stressors," she says. "The important thing to understand is that very few people are completely impervious to the effects of trauma, and you don't want them to be."

Still, there's a tension inherent in departments relying on peers to keep an eye on their buddies. They can't offer the same level of confidentiality that professional counselors can.

"Firefighters may feel they have to be careful, because if they disclose too much about how they're feeling, it becomes a question about fitness for duty," Yehuda says.

Firefighters tend not to "sit around the kitchen table at the fire station, talking about how there's a good chance we're going to die today," Siarnicki says.

Still, people who fight fires recognize that there have been preventable deaths in the past, and they're interested in making sure that they don't happen again.

They're also interested in coping with the sort of loss that seems endemic to the profession.

Most firefighters will have their nightmares, yet can come through a horrific experience scarred but OK, says Esposito. A smaller number will need professional help, while a few may require drugs to help regain their balance.

"There's no right or wrong way to grieve," he says.

But firefighters understand the risks that are involved with their job, he adds.

"Sometimes, no matter how right you are, people are going to die," Esposito says. "You don't work for IBM. You didn't sign up for that."