Accessibility links
Amir ElSaffar & Two Rivers: Golden Sound In A Gleaming Space Framed by a beautiful array of vintage drums, the trumpeter and santur player pairs the sibling spirits of jazz and Arab classical music with the help of his quintet.

We taped this Field Recording shortly after Hurricane Sandy devastated communities in and around New York and New Jersey. One of those affected was drummer Nasheet Waits, who had lost his kit in the storm's waters. Luckily, the Steve Maxwell drum store in midtown Manhattan was willing to lend a hand — and one gray morning, we found ourselves in a gem of a space, surrounded by an incredible array of instruments, including Elvin Jones' setup.

The session had the feeling of a reunion. ElSaffar — a trumpeter and santur (hammered dulcimer) player who was born near Chicago to an Iraqi father and an American mother, and who grew up immersed in both cultures — had recently moved from New York to Cairo to pursue his work with Arab classical music. But this group with Ole Mathisen on saxophone, Zafer Tawil playing oud, Carlo De Rosa on bass and Waits on drums shifted into Two Rivers gear immediately. (ElSaffar is bringing this lineup of Two Rivers to the Newport Jazz Festival on August 3, along with buzuq player Tareq Abboushi.)

The room glowed when they performed — not just from the golden wood paneling, or even from the instruments throwing off their own impressive metallic shimmers, but also from the music itself. ElSaffar has found a beautiful and singular way of pairing the sibling spirits of jazz and the classical maqam system of the Arab world, with their shared spheres of improvisation, deep knowledge of tradition and urge to keep innovating. Two rivers, but they lead to the same ocean. 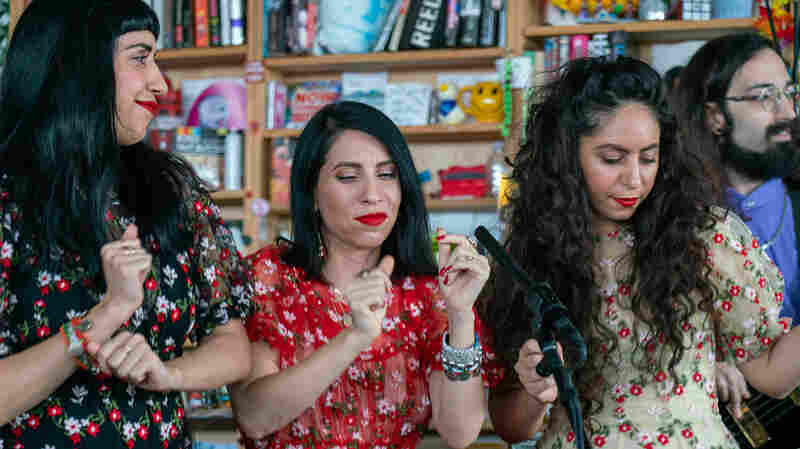