Accessibility links
Kitchen Window: Kick The Can: Soda Machines Beg For Experimentation Chefs and mixologists have been pushing the envelope with soda recipes since the craft cocktail movement surfaced a few years back. And since most soda recipes take little time, effort and money, it's easy to try something new.

Kick The Can: Soda Machines Beg For Experimentation

Kick The Can: Soda Machines Beg For Experimentation 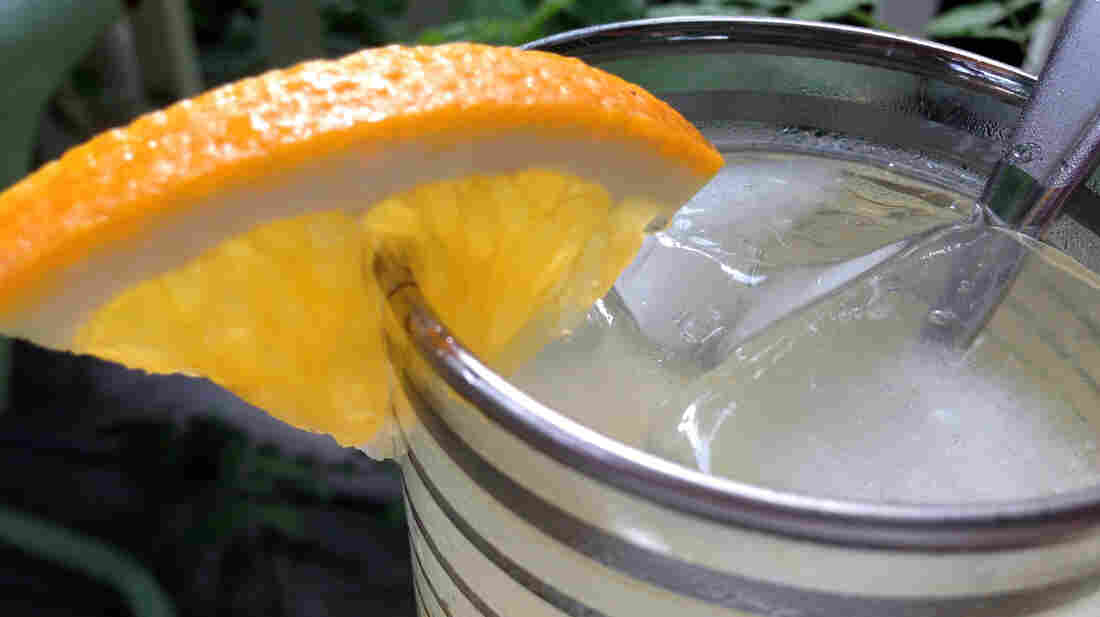 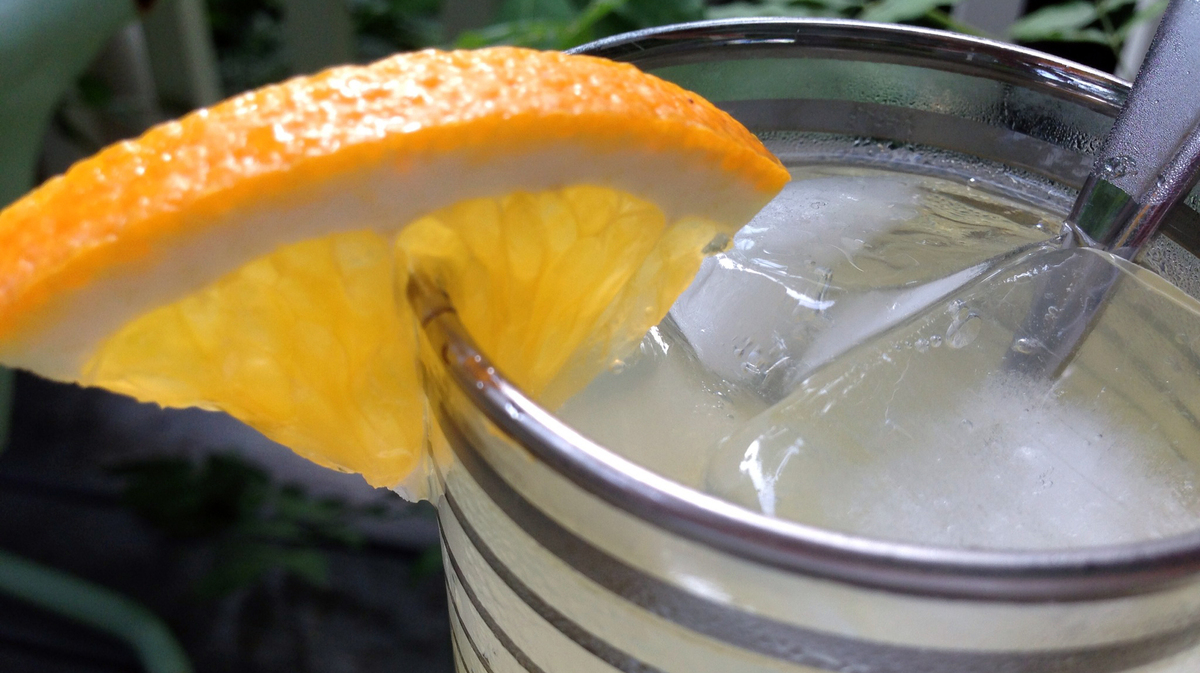 Last year, my husband picked up a nasty little habit — a drinking problem, if you will. Yes, he became addicted to sparkling water. All of a sudden, he was adding mineral water to my weekly grocery list and buying precious little green bottles imported from Italy every time we grabbed a sandwich.

My penny-pinching sensibility and my eco-guilt were less than thrilled about this new high-roller lifestyle. I mean, who did he think he was, Jay-Z? So when Christmas rolled around, under the tree was a shiny SodaStream soda maker, a cost-effective and environmentally responsible way to add carbonation to plain, old water.

Rina Rapuano is a freelance food writer and restaurant reviewer based in Washington, D.C. She writes regularly for the Food Network's CityEats site and Capitol File magazine, and has written extensively for The Washington Post's Food section and Washingtonian magazine. When she's not dragging her husband and two kids to area restaurants, she's usually in the kitchen cooking, baking or sneaking a cookie. Find Rapuano on Twitter at @rinarap.

Truth be told, it seemed like everyone we knew already had a SodaStream. I don't know how it's selling in Chattanooga or Cleveland, but in Washington, D.C., this fancy-pants gadget was already gracing the kitchen counters of many friends.

Like all kids, I loved sodas when I was little. But as I got older, my sweet tooth lessened dramatically. So when we opened the box and pulled out a "bonus" pack of syrup samples to flavor our soda, the wheels started turning. I immediately stashed the sample pack in the back of the pantry and started dreaming of homemade syrups that could take their place. The idea of making my own sodas had many appeals: I could control the level of sweetness; I could make more interesting flavor combinations; and I could leave out things that I prefer to limit (such as dyes and artificial sweeteners).

Chefs and mixologists have been pushing the envelope with soda recipes since the craft cocktail movement surfaced a few years back. Shrubs and switchels, early versions of soft drinks that include vinegar among the ingredients, also have been making a comeback at local bars and online, and I've noticed a fair number of restaurants offering interesting house-made sodas.

"We take our inspiration from cooking first, I guess," says Keith Garabedian, chef-owner of Philadelphia's Hot Diggity. His hot dog shop, which uses locally farmed ingredients to dress up its dogs, decided last year to start brewing its own sodas, as well. "Watermelon, basil and meadow mints — that's like a salad you would find with feta cheese," he says of one of his soda flavors.

Other intriguing concoctions of his include beet and berry; tarragon and green grape; cucumber, elderberry and lavender; and — one of Garabedian's favorites — an heirloom tomato sangrita. He has even done a PBJ soda using dehydrated peanut butter and Concord grape juice with a sugar-chili rim. "Soda is just fizzy water. It doesn't have to follow any rules," he says. "Our regulars, as soon as we have a new flavor, they're just going to order it to see what they're like, expand their horizons."

Chefs and mixologists have been pushing the envelope with soda recipes since the craft cocktail movement surfaced a few years back.

Garabedian uses a keg or a soda siphon for his soft drinks, but he still has a lot of tips that can work for the SodaStream set. For instance, he doesn't usually make fruit-based syrups, opting to use a juicer to avoid cooking the freshness out of the fruit. And if you don't have access to ripe, in-season ingredients, you could simply muddle cilantro and jalapeno with some lime juice, add simple syrup and soda water to taste, and you've got something interesting and refreshing that you'll never find in a can.

If your interests skew toward mine, it doesn't take long to realize that many of these flavors sound like a cocktail. Indeed, they are all delightfully spikeable. For instance, a vanilla and Earl Gray Italian cream soda recipe was crying out for some dark rum or whiskey, both of which work very well. And blackberry-rosemary shrub actually tasted more balanced with a splash of gin.

Since most soda recipes take little time, effort and money, it's a cinch to channel the spirit of Garabedian's adventurous customers and try something new. So go ahead — expand your horizons.

This recipe, adapted from one shared on the food blog Food52, mixes well with dark rum and whiskey, although adding them dials down the bergamot flavor of the tea and amps up the vanilla-caramel tones. And while the Earl Gray gives it a grown-up spin, little ones still lap it up. 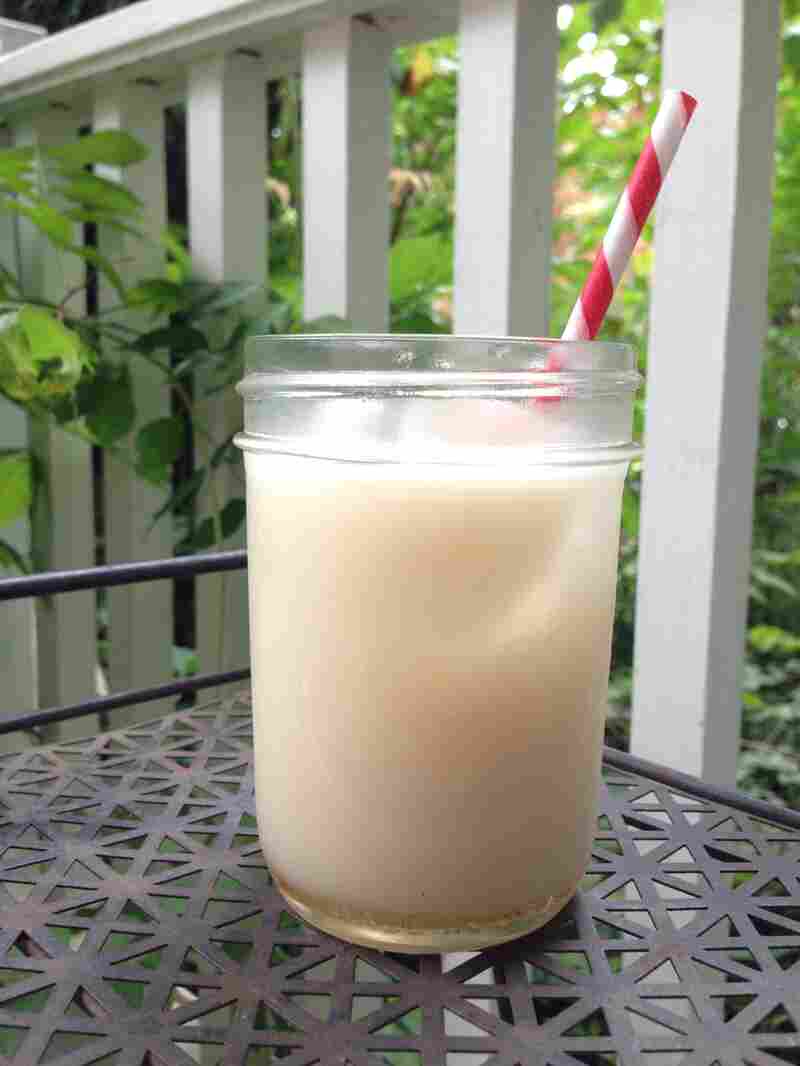 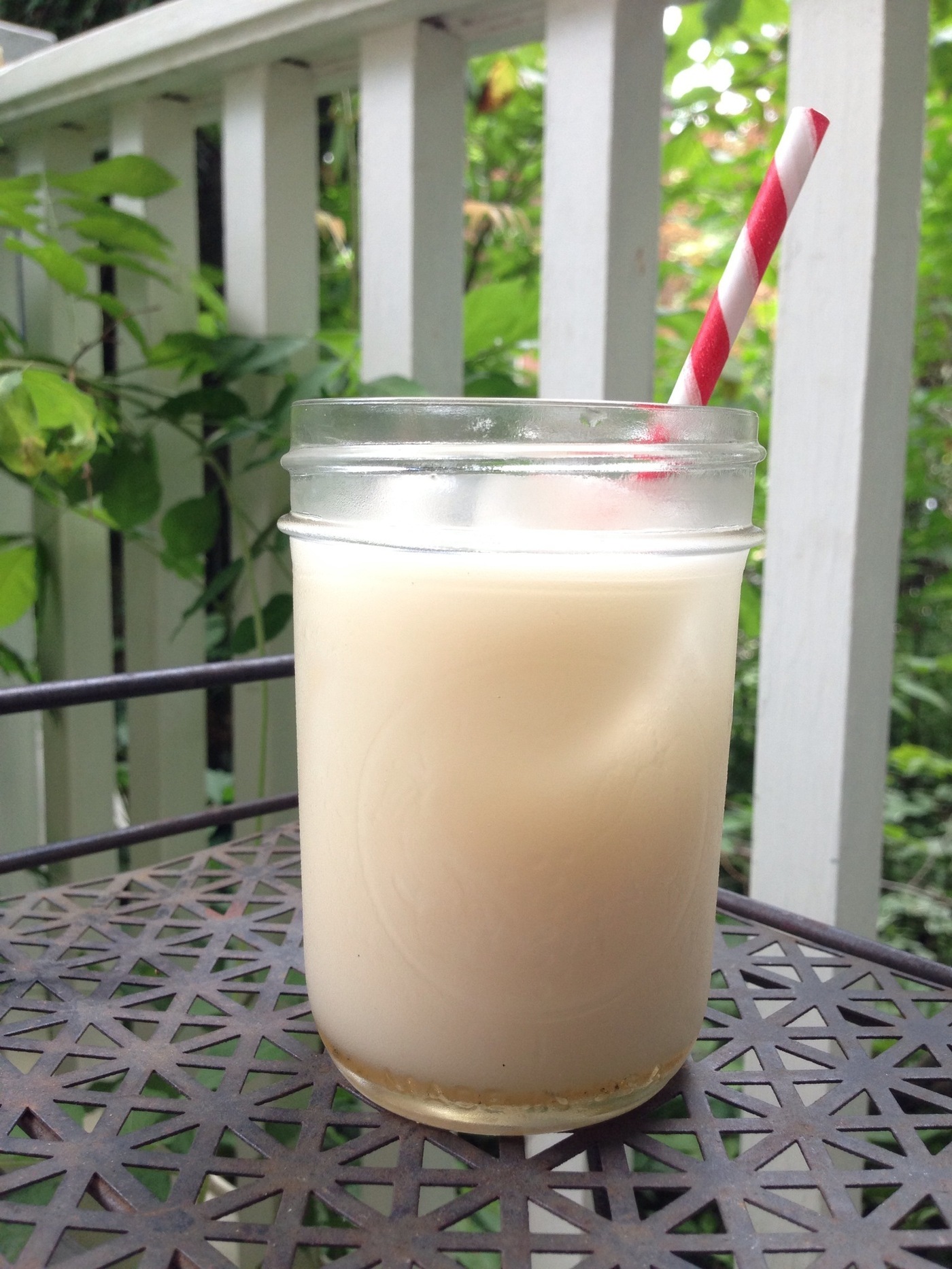 To make the simple syrup, combine the vanilla bean and sugar in a small saucepan. Rub the vanilla bean into the sugar with the back of a spoon until the mixture is fragrant. Add the tea bags and water. Cook over medium-low heat and stir until the sugar has dissolved. Turn up the heat to medium and bring the mixture to a gentle boil. Turn off the heat, and use tongs to remove the tea bags right away to avoid bitterness. Allow syrup to cool before using.

To make the soda, fill an 8-ounce glass with ice. Fill three-quarters full with soda water. Add 1/8 to 1/4 cup syrup, depending on desired sweetness. Top with half-and-half and more soda, if desired.

Blogger KitchenKonfidence.com adapted this from a recipe that originally used this syrup as a twist on a kir royale. Gin, cava and vodka would all benefit from an ounce or two of this interesting elixir. Its tart, woodsy flavor is a bright, refreshing combo, but I caution you to go easy on the rosemary since it packs such a strong punch. For a kid version, I'd probably leave out the vinegar and adapt it into a blackberry-lime syrup or even blackberry-lavender, if you want to keep it herbal. 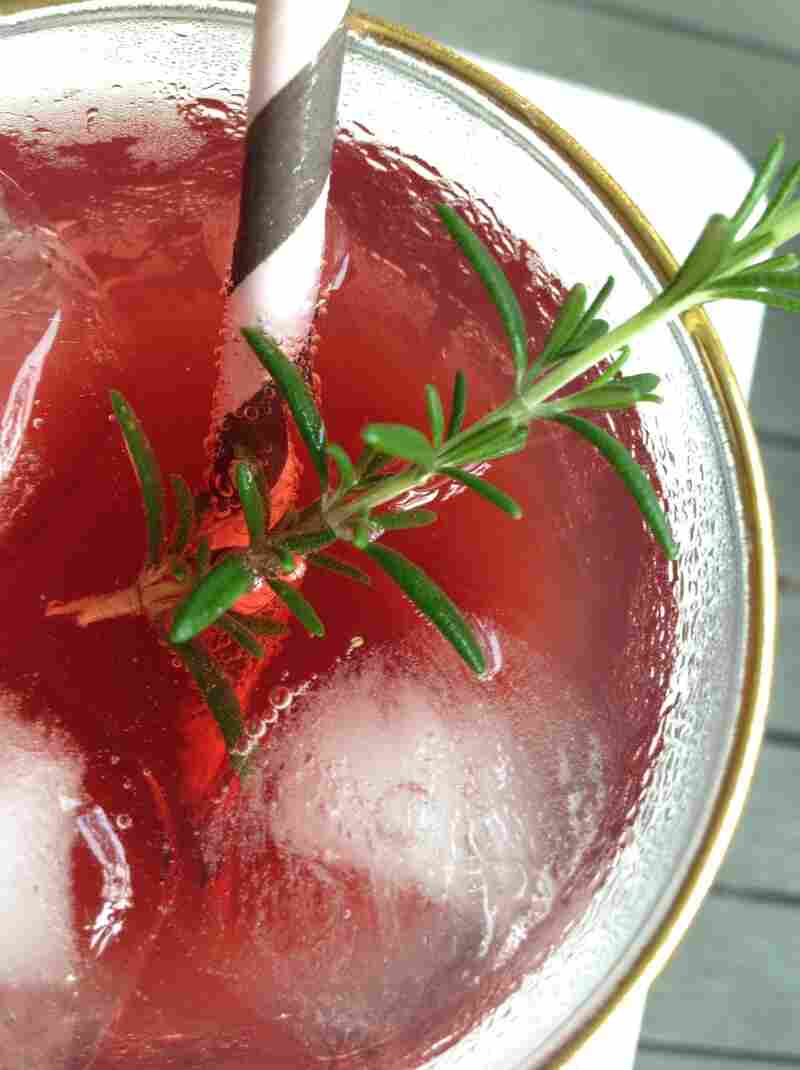 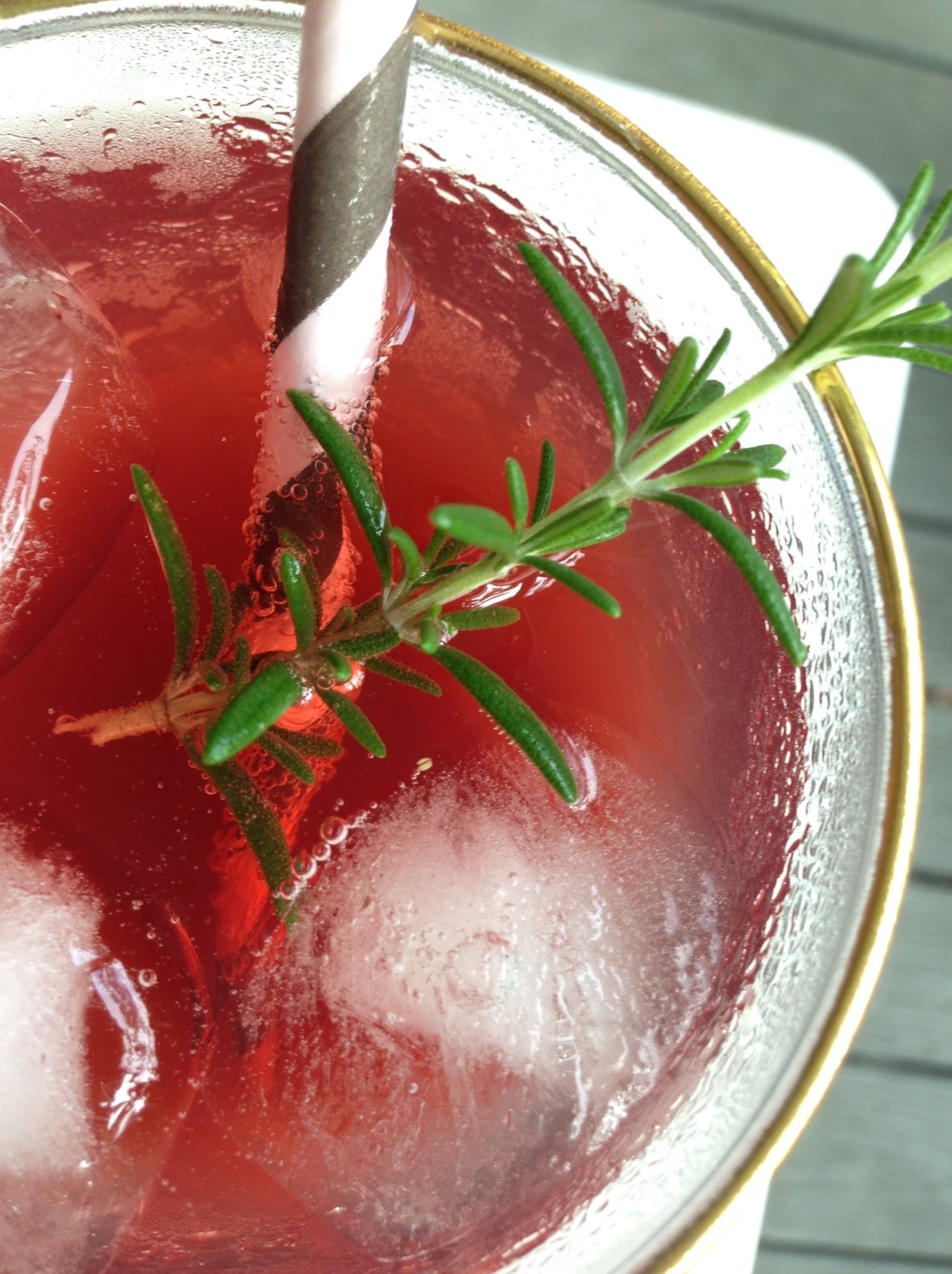 Makes about 4 cups of syrup

Add blackberries, water and sugar to a medium saucepan. Bring to a simmer over medium-high heat, then reduce heat and simmer until the berries are soft, 10 to 15 minutes. Stir occasionally with a wooden spoon, slightly mashing the berries each time you stir.

Pour the mixture through a fine-mesh sieve then return to the saucepan. Discard solids. Add balsamic vinegar and rosemary sprigs. Cook over medium-low, bringing the mixture to a slow boil. Once it hits the slow boil, remove from heat and remove the rosemary sprigs. Let cool, then transfer to a pitcher or bottle. Refrigerate before using.

To make the soda, fill a 10-ounce glass with ice and pour soda about 3/4 of the way up. Top with 1 ounce of syrup, stir and add more syrup or soda to taste.

To be completely honest, this recipe — adapted from Keith Garabedian of the hot dog restaurant Hot Diggity — is fairly labor intensive. (And I admit it: I used frozen corn instead of cutting 5 pounds of kernels from who knows how many corn cobs.) But I wanted to offer a recipe that used a soda siphon, and I was able to borrow one from D.C.-area cocktail pioneer Todd Thrasher of Restaurant Eve and The Majestic in Alexandria, Va. (He also makes such sodas as grapefruit juniper for the restaurants.) While it's a lot of work, I think you'll find the creamy, sweet-tart combination worth the effort. 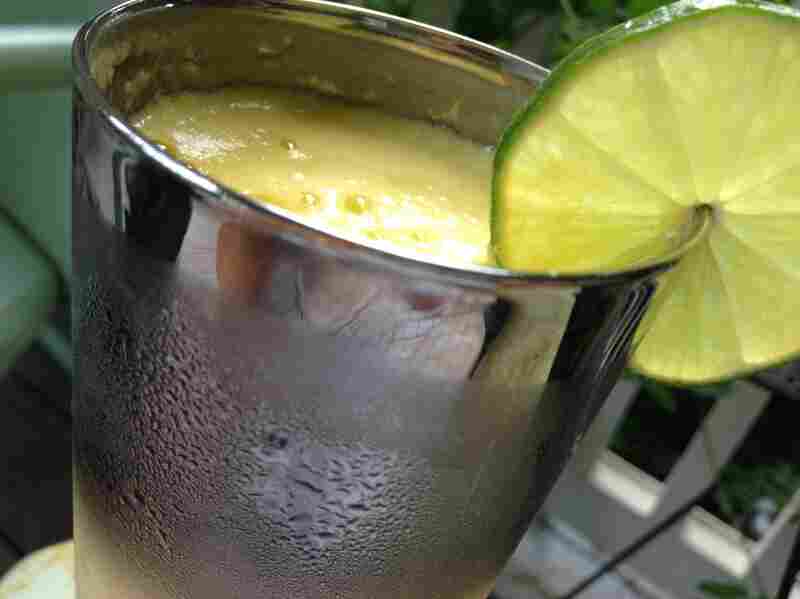 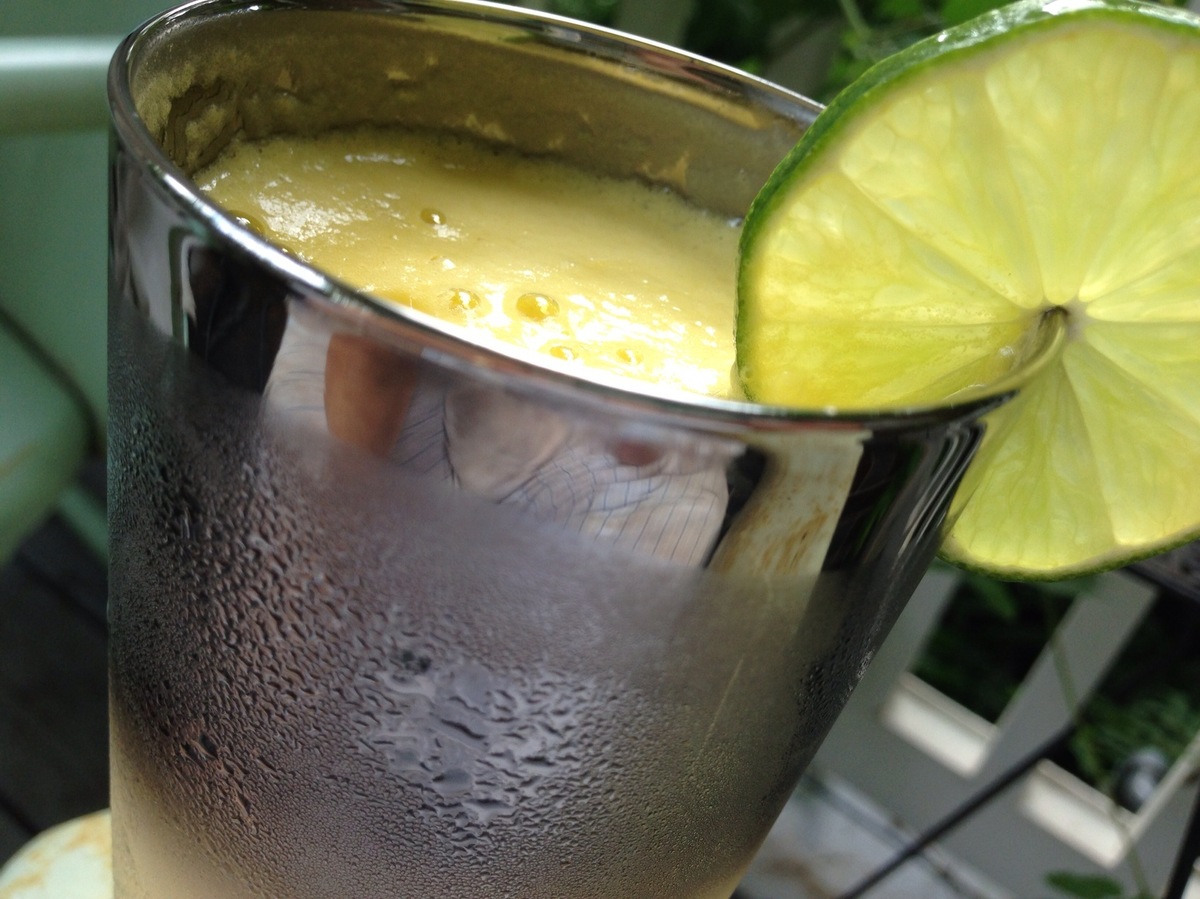 Combine the water, sugar and corn kernels in a pot. Bring to a gentle simmer for 3 minutes, just enough to take the rawness out of the corn. Let the mixture cool completely.

Puree the corn and water mixture in a blender or food processor in batches. Strain through cheesecloth over a fine-mesh sieve into a glass measuring cup to extract the corn water until you have enough liquid — including the 1 cup of lime juice — to make a liter. Discard the solids.

Pour corn-lime mixture into a soda siphon and charge with one CO2 cartridge. Store in the refrigerator for two to three days to allow the carbonation to absorb. Dispense from the siphon to serve. If it's not fizzy enough, try charging with a second CO2 cartridge.

On the rare occasion that I buy soda, it's a good, spicy ginger ale with actual ginger in it. This recipe was adapted from Homemade Soda by Andrew Schloss (Storey Publishing, 2011), and it's a fun interpretation of a classic. First you taste the honey, then the hint of orange, then the spice of the ginger kicks in. Dark and Stormy fans won't be surprised that dark rum works well here. 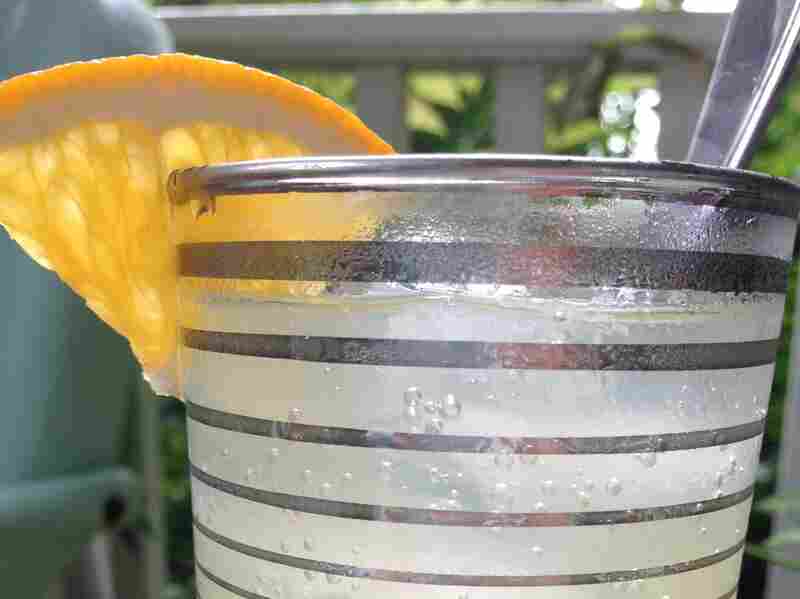 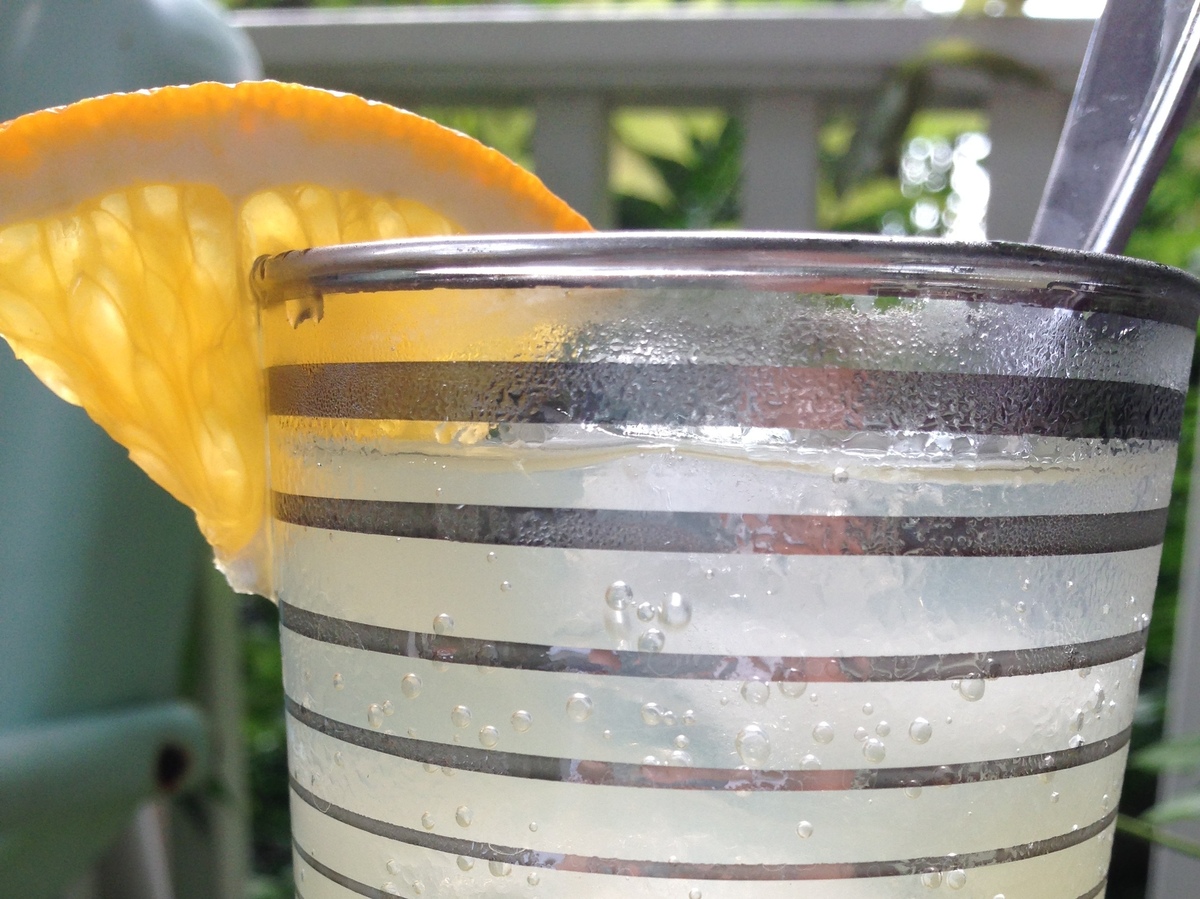 Freshly squeezed juice of half an orange

For the syrup, combine the water, sugar, honey, ginger and orange juice in a large saucepan over medium heat, stirring to combine. Cook, stirring occasionally until the sugar dissolves, then reduce the heat to medium-low and cook for 30 minutes. Remove from the heat. Let cool for 30 minutes, then strain through a fine-mesh strainer into a separate container, pressing to extract as much liquid as possible. Discard the solids and refrigerate.

To make the drink, pour syrup and orange juice into a tall glass filled halfway with ice. Top with the seltzer and stir just until blended.