Accessibility links
Elisabeth Moss: From Naif To Player On TV's 'Mad Men' As Peggy Olson on AMC's drama series, the actress has learned about her character's personality and development episode by episode, script by script, just like those of us who watch the show on TV. And she tells Fresh Air's Terry Gross that she prefers it that way. 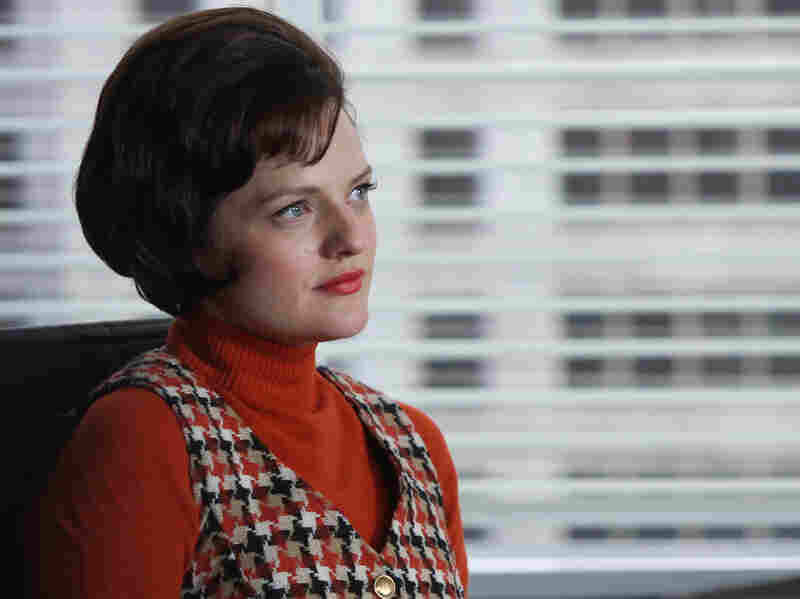 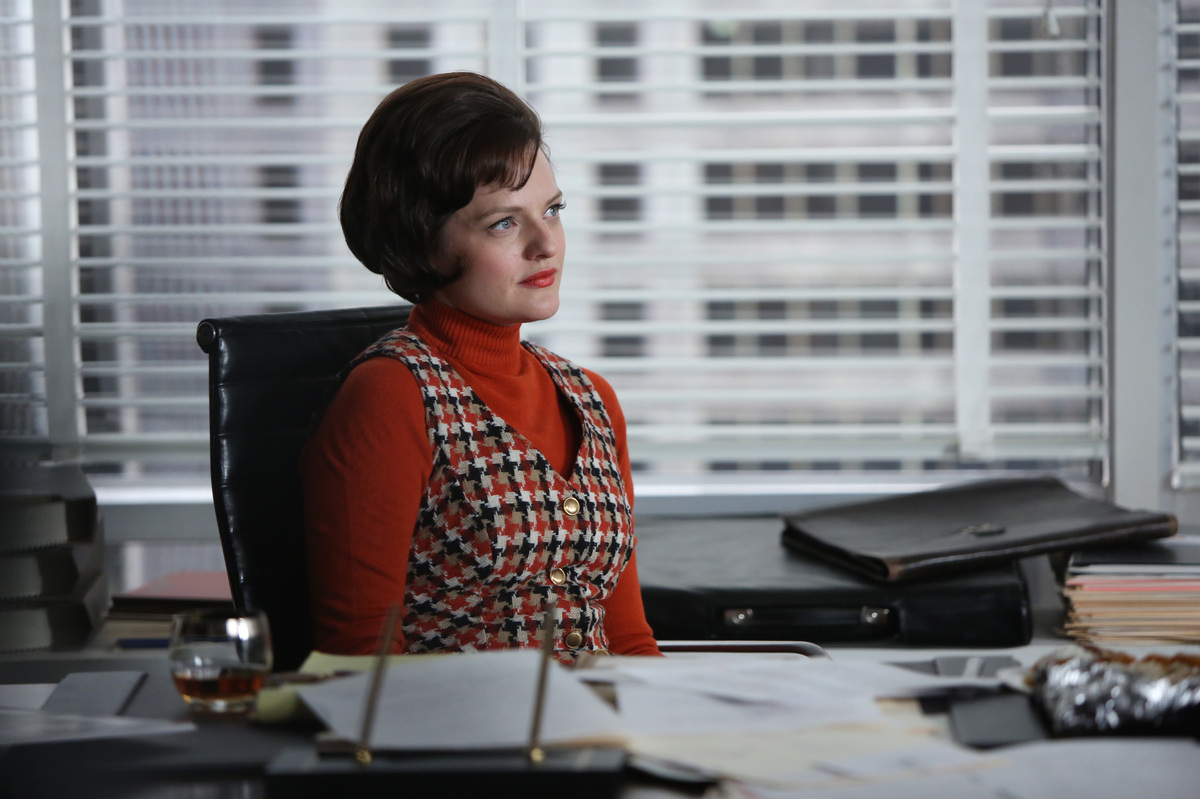 When Mad Men premiered in July 2007, the character of Peggy Olson was introduced to audiences as Don Draper's naive young secretary. In the seasons that have followed, Peggy has slowly become a talented copywriter and Don's protege, meanwhile trying constantly to create a place for herself in the male-dominated world of advertising. Her development has been a centerpiece of the series.

Elisabeth Moss, who plays Peggy, says she has learned about the character and her growth episode by episode, script by script, just like those of us who watch the show on television.

"I think that [Mad Men creator] Matt [Weiner] had a grand plan, which I didn't know, [and] which I'm glad I didn't know, because it prevented me from playing her as more knowing or more savvy than she should be," Moss tells Fresh Air's Terry Gross.

That said, certain fundamentals about Peggy's ambition and talents have resonated with Moss from the very beginning.

At the end of the pilot episode, for example, after having been seen as a hesitant naif in previous scenes, "[Peggy] sleeps with Pete — and I just really loved that dichotomy," Moss says.

A performer since she was a child, Moss says she's ambivalent about the impending end of a series that has spanned much of her 20s.

"It's going to be very, very, very strange," she admits. 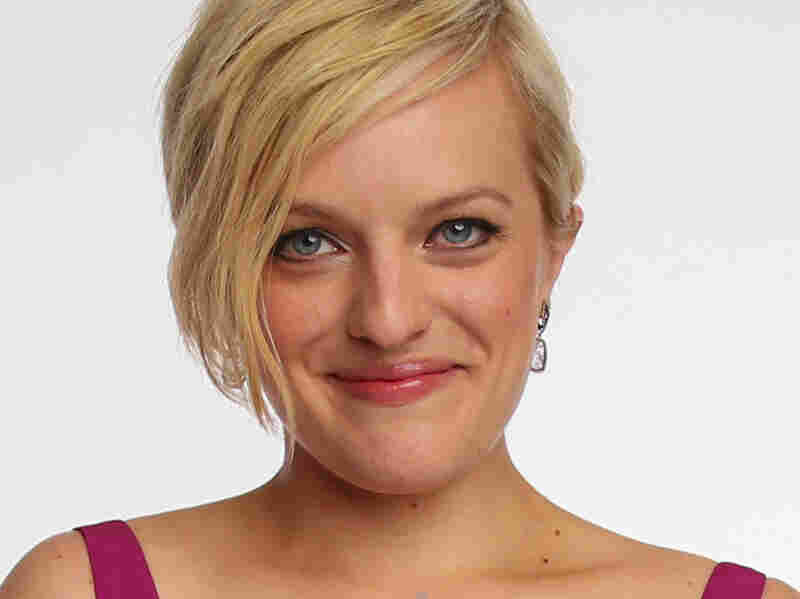 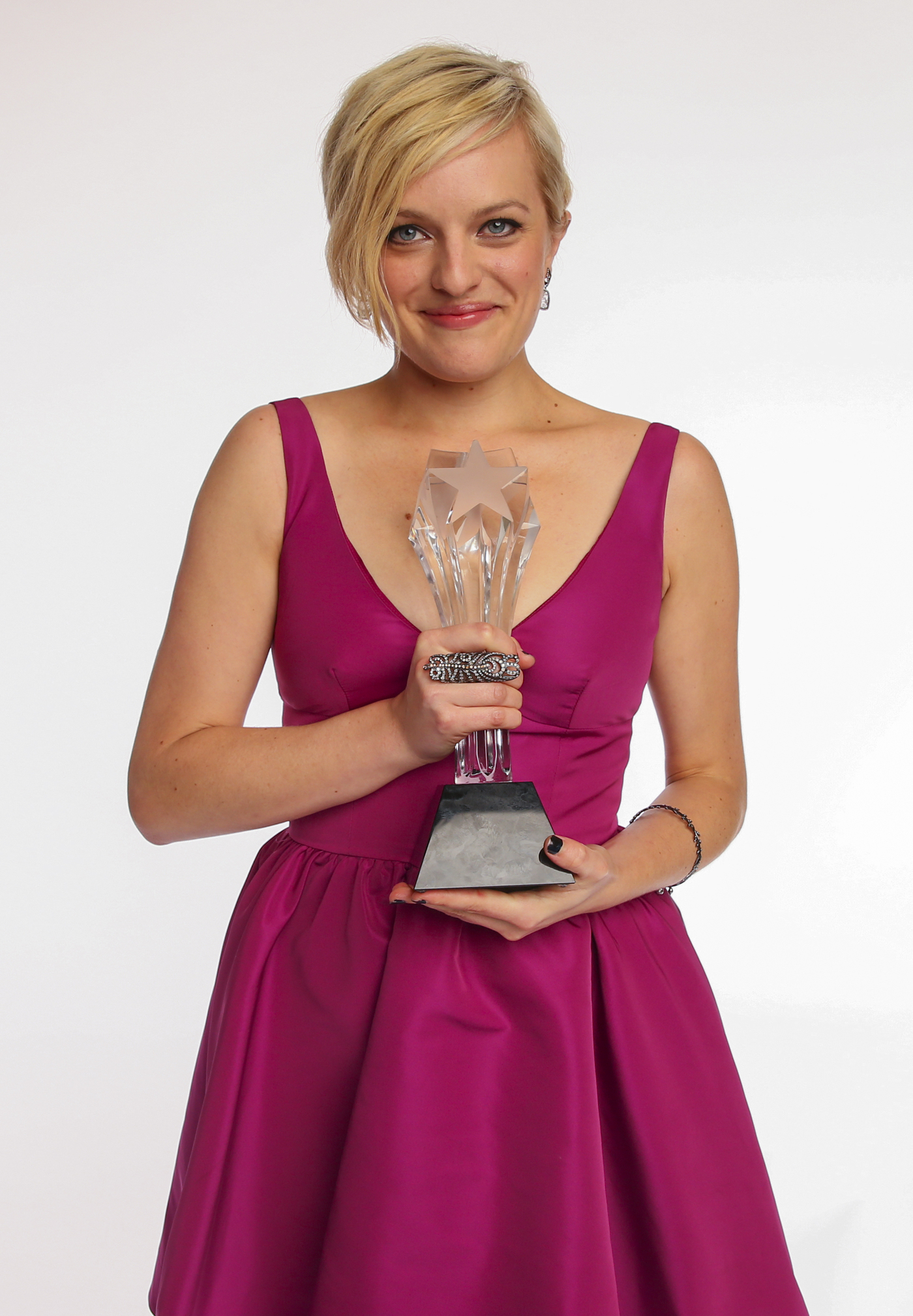 Elisabeth Moss says she's ambivalent about the end of Mad Men, which began in 2007.

On Peggy Olson as the show's ingenue

"Matt talks about the fact that I was sort of the ingenue of the show. You know, [he] had her gain 40 pounds in the first season, and that's very Mad Men: to take something that ... is possibly the norm and possibly been done before, and turn it completely on its head. And, you know, I didn't get into this business to be a model or to show off pretty clothes or to have my hair look nice. I love acting, and I love playing characters.

"I wore that ponytail pretty much for two seasons straight, with those bangs. And I remember at the time being kind of like, 'Oh, God, the ponytail! The ponytail! I wish I could do something different.' Now I look back, and I think it's so brilliant. It's so Peggy, and that look is so iconic, and it's exactly how she should have looked."

On the episode in which she and Don become very close

"That episode was ... sort of this eight-day bubble that we existed in, and it was something that you can only really get on television in a series where you have a four-year buildup to that episode. ... Jon [Hamm] and I are really, really, really good friends, and we have a very close relationship. 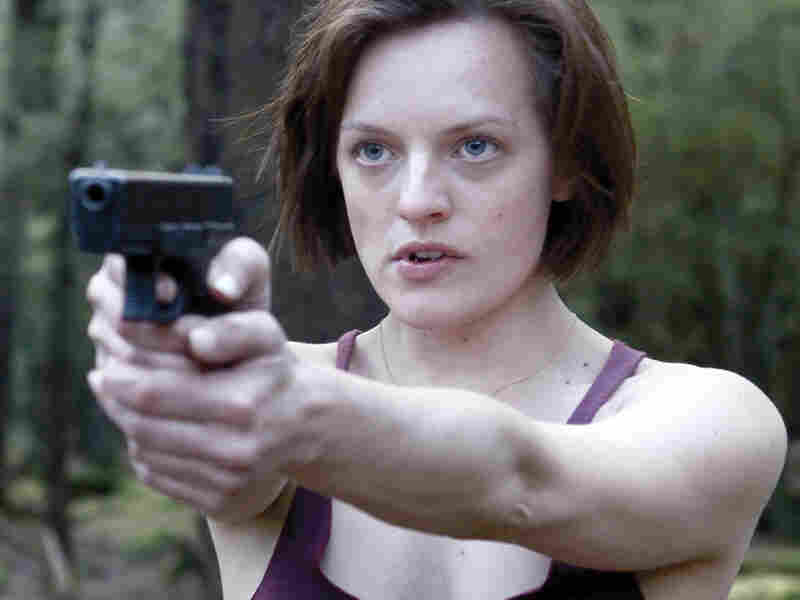 "And so for the two of us to get to spend that time together off the set, and then also to play those characters in that sort of really pivotal dramatic moment — that evening of their lives — and ... address things that we hadn't talked about in four years. ... You know, the baby, the fact that he knows about the baby ... the fact that people think that it's his baby.

"It really to me is such a beautiful representation of their relationship and their bond — which is not romantic, is not sexual, is an honest-to-goodness friendship. You know, it is just ... two people who love each other, but not in that way."

On researching the role — or not

"I've done absolutely no research involving Mad Man whatsoever. Let me be very clear. Everything that I've learned about advertising in that time period is from the show. ... My interest has been so much more about Peggy as a woman and her emotional life, and who she is as a person."

"When you're a dancer you have a sense of decorum. ... You know, you're not late for class, and you're expected to do the work, and you're expected to do it on your own, and it's a self-discipline in ballet. You're only as good as you work on yourself. Nobody can do it but you. ... Nobody can make you point your feet or make you turn out or do what you're supposed to do. There's a self-discipline that comes from looking in the mirror and having to watch yourself."

On auditioning for the show Top of the Lake

"[Jane Campion] is obviously a huge Mad Men fan and loves the show. Like, seriously, [she] is a total fanatic of the show, but she didn't think I could play this role. ... She loved me as Peggy, but couldn't see me as Robin in Top of the Lake, and I totally understand that.

"I didn't know if I could see myself as that character, so it's one of those things [where] Mad Men gets you in the room. It means the producers can see you in the project. It means that people know who you are, and the casting directors know who you are, but then you actually have to kind of go in and fight against it and prove that you can do something else."