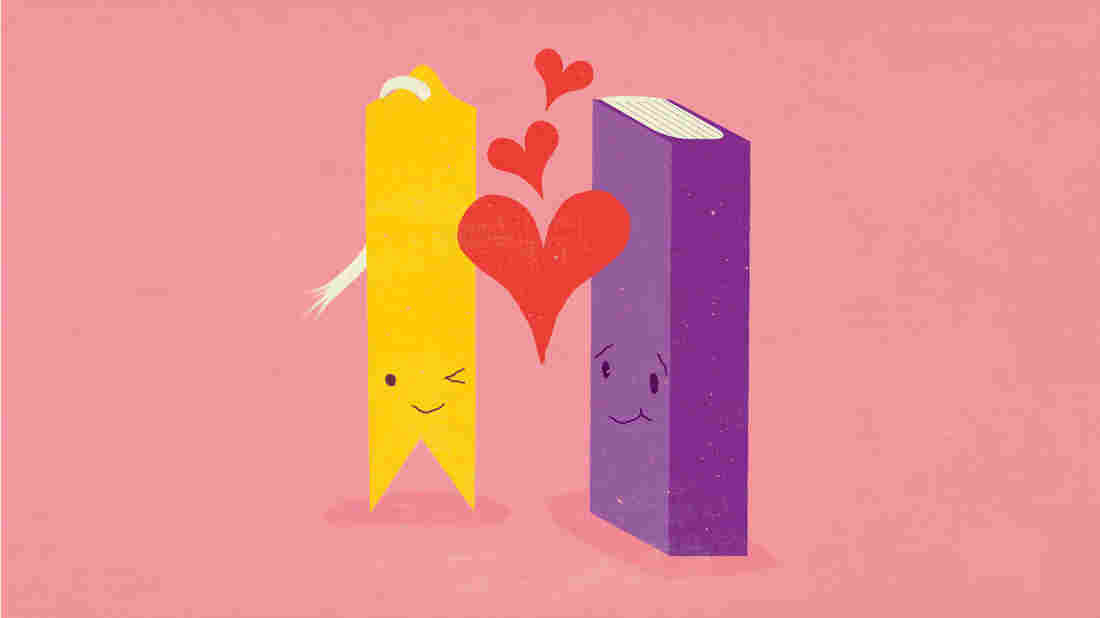 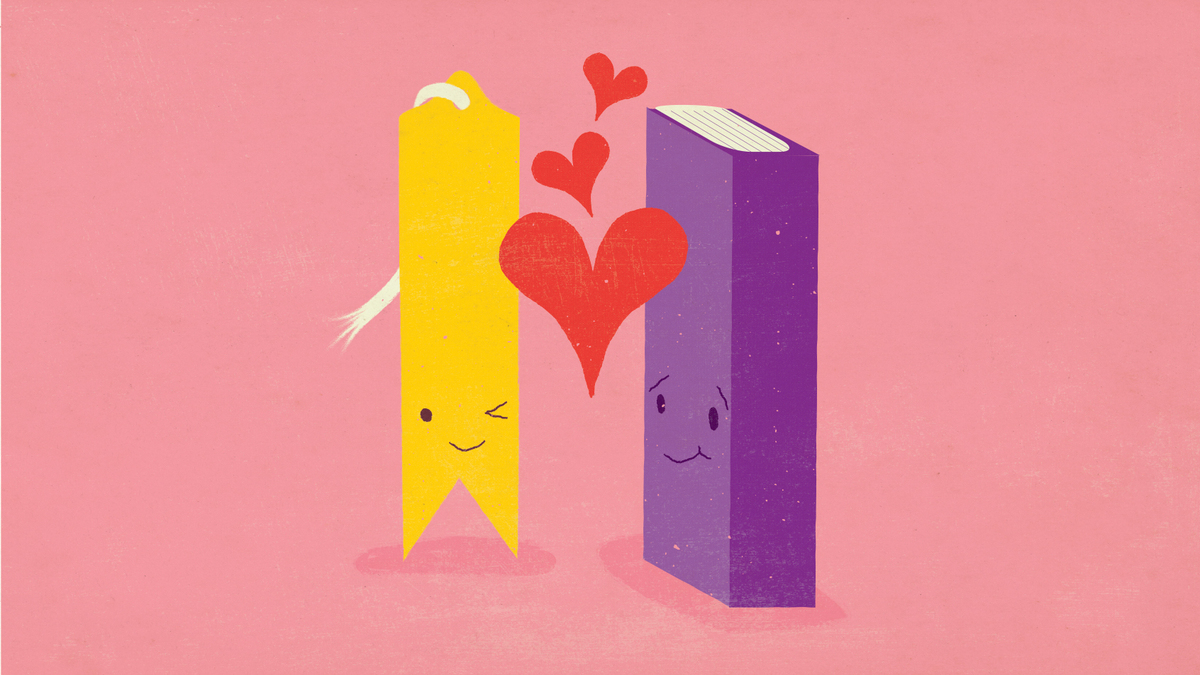 The other day my 14-year-old asked me whether I would re-live my teen years for $1 million. The answer was a resounding "No!" Memories of searing humiliation still lurk in my (scarred) subconscious. The senior prom alone could keep me chatting with a psychiatrist for months. (Even though, from what I've heard, my date is happily out of the closet and a very successful interior decorator. All's well that ends well, right?) At this point, those memories should be a funny, rosy glow far in the distance. Ha.

The only plus side to my inability to forget is that I keenly enjoy novels in which characters have suffered similar trauma. These five novels are perfect for reading on a beach, surrounded by friends, far from the horrors of the past — because our worst memories make wonderful reading.

It should be immediately apparent why I particularly love Kristan Higgins' The Best Man; the novel offers a classic humiliation, brilliantly handled. Faith Holland is standing at the altar looking like Cinderella, about to marry her faithful, handsome fiance — when he comes out of the closet. Guess who prompted that painful revelation? His best man.

A few years later, Faith returns home to her family's vineyard, braced for sympathetic comments. She no sooner enters the town limits than she's pulled over by the local police chief, who happens to be Levi Cooper, the man who derailed her wedding. The induced humiliation isn't quite over, because after they share one of the best kisses of Faith's life, he declares it was a bad idea and not worth pursuing. This foolish comment makes the reader's satisfaction all the keener when he is so slammed by lust that he cannot hold back. And it's even better when he kisses her "the way a man kisses the woman he loves, as if they were alone, or on an altar." Reading The Best Man is like eating a frozen chocolate treat after sunbathing: you'll find yourself shivering with pure pleasure.

All Out of Love

Title
All Out of Love
Author
Lori Wilde

Lace Bettingfield, the heroine of Lori Wilde's All Out of Love, has (to my mind) an even worse event lurking in her past than does Faith: Back when she was a pudgy, stuttering freshman in high school, she wrote a secret letter detailing her passionate love for a senior, Pierce Hollister. But, as she wrote, "he's filet mignon, and I'm day-old bread." Guess which letter was published in the school newspaper?

Somehow Lace weathered the next three years of high school, found a career she loved, conquered her stutter, lost weight, and then gained back just the right amount. Even so, she's not happy to learn that Pierce is home after a brilliant career with the Dallas Cowboys. All Out of Love, like Best Man, is something of a Cinderella story, trading on the satisfaction of watching a so-called "reject" capture the best-looking guy in town. Reading about the star quarterback falling helplessly in love with Lace will satisfy all your buried longings for revenge.

Nobody's Baby But Mine

Susan Elizabeth Phillips' Nobody's Baby But Mine also involves a star quarterback, in a scene that actually made me wince the first time I read it. Cal Bonner generally dates gorgeous women between the ages of 20 and 22, but recently he's been in a funk and sleeping alone. His teammates make up their minds to give him a present for his 36th birthday: a woman. They want someone "classy" as well as "older," which they define as 25. They leave the choice of woman up to the team's biggest fan, a groupie named Jodie who knows most of the team intimately (though not Cal). The problem is that none of her friends are classy. In fact, the only classy woman she knows is the geek who lives next door, genius physics professor Dr. Jane Darlington.

And that's how Jane ends up in Cal's bedroom, a birthday present from the team. For her part, she's made up her mind to find a sperm-donor whose lack of brains will balance out her abundance of them. But Jane doesn't have the faintest idea what she's doing in that bedroom: the only role-playing she can imagine is between Prince Charming and Cinderella. I'll leave the moment when she does a "seductive dance" to your imagination. Cal is a nice guy and tries to let her down softly: "the thing of it is, you're a little old for me." Nobody's Baby but Mine is a classic romance in which Cal discovers that 34-year-old Jane is absolutely the perfect age.

Cal's rejection of Jane (a "sure thing" if there ever was one) is stingingly echoed in Alyssa Day's The Cursed. Rio Jones is a bike messenger living in a dimensional fold in Manhattan between the human and supernatural realms, who has a wild crush on Luke Oliver, a private investigator and the top wizard of Bordertown. But when she gets up her courage to ask him out, he tells her bluntly that he doesn't have time for "meaningless flings." Ouch. Luke is hiding a secret of his own — he's been alive a really long time: "my mother was an aristocratic thug. Never let it be said that Lucrezia Borgia didn't do her murdering with class."

The problem with being rejected is that it feeds right into a woman's insecurities, her secret fears of not being good enough, sexy enough, smart enough ... of not being wanted. Rio is a sassy, powerful woman — and part of the pleasure of the reading the book is knowing how fabulous she is, and understanding her impatience with her own insecurity. It's even better after Luke is poisoned with a venom that releases his inhibitions, and Rio gets her own back. Even if you're tired of fur and fangs, you'll love this paranormal, which offers a brilliant mix of creativity, wit, and the pure satisfaction of watching Luke fall at Rio's feet.

So far, the horrific events lurking in heroines' memories have been related to sexuality, but of course, other childhood events can be just as scarring. The heroine of Karen White's The Time Between is trapped by memories of a childhood mishap that left her sister paralyzed. Eleanor works long hours, spending her spare time caring for her sister, until her boss, Finn, offers her a second job acting as a companion to his great-aunt — who turns out to have a riveting secret linked to her flight from Nazi-occupied Budapest.

The Time Between is a lyrically written, beautiful novel about pain carried forward from cruelties in the past. Finn is a true hero and — like all men in these novels — plays a signal role in healing traumas of the past. And Eleanor blossoms as she breaks free of her memories, demonstrating that even a truly scarring event need not control one's future.

I made it absolutely clear to my daughter that no amount of money would convince me to return me to my teen years and relive events I still shudder to think about. "You should be nicer to me," Anna said with satisfaction, having proved her point. "You should let me eat ice cream every day after school."

These books are as healing as ice cream: I recommend one a day.

Eloisa James is a New York Times best-selling author of historical romance novels and a Shakespeare professor at Fordham University in New York City. Her latest book is Once Upon a Tower. She is online at www.eloisajames.com.