Accessibility links
Interview: Nathan Rabin, Author Of You Don't Know Me But You Don't Like Me Pop-culture writer Nathan Rabin introduces us to some obsessive fans in his new book, which chronicles his experience following the followers of the bands Phish and Insane Clown Posse. 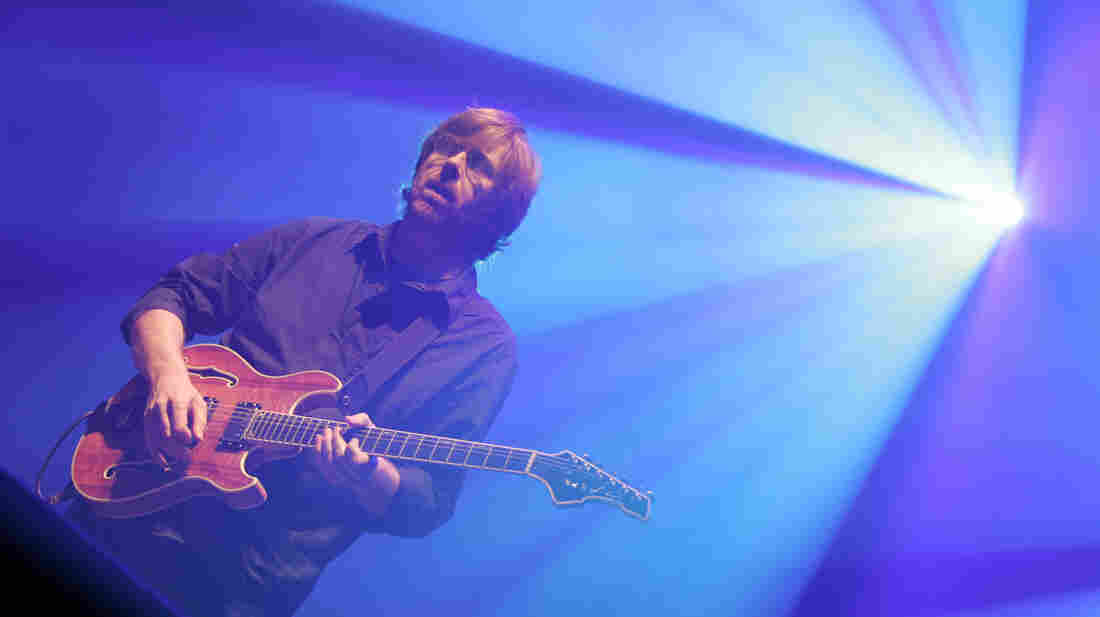 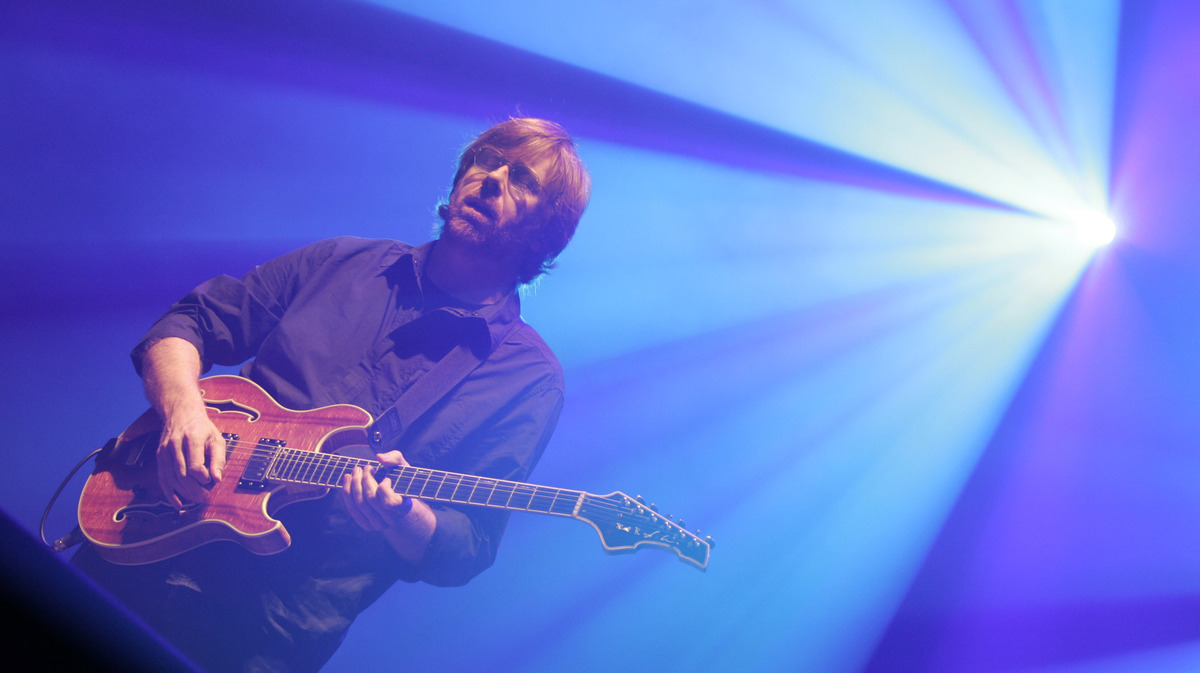 Trey Anastasio performs as part of Phish in 2009. 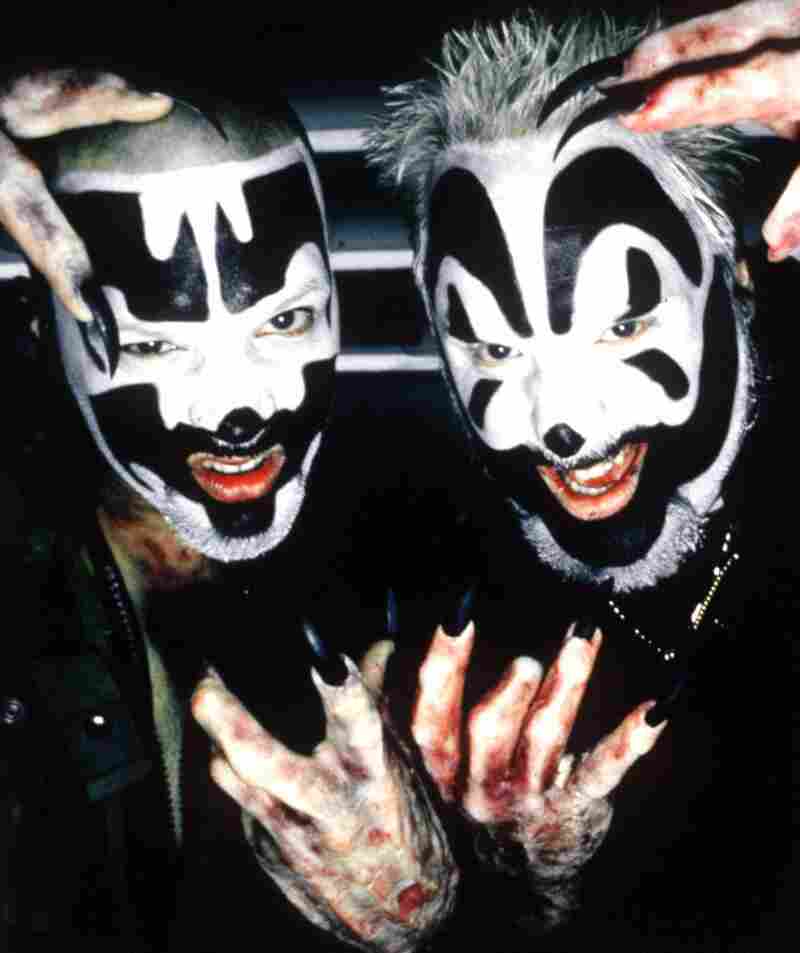 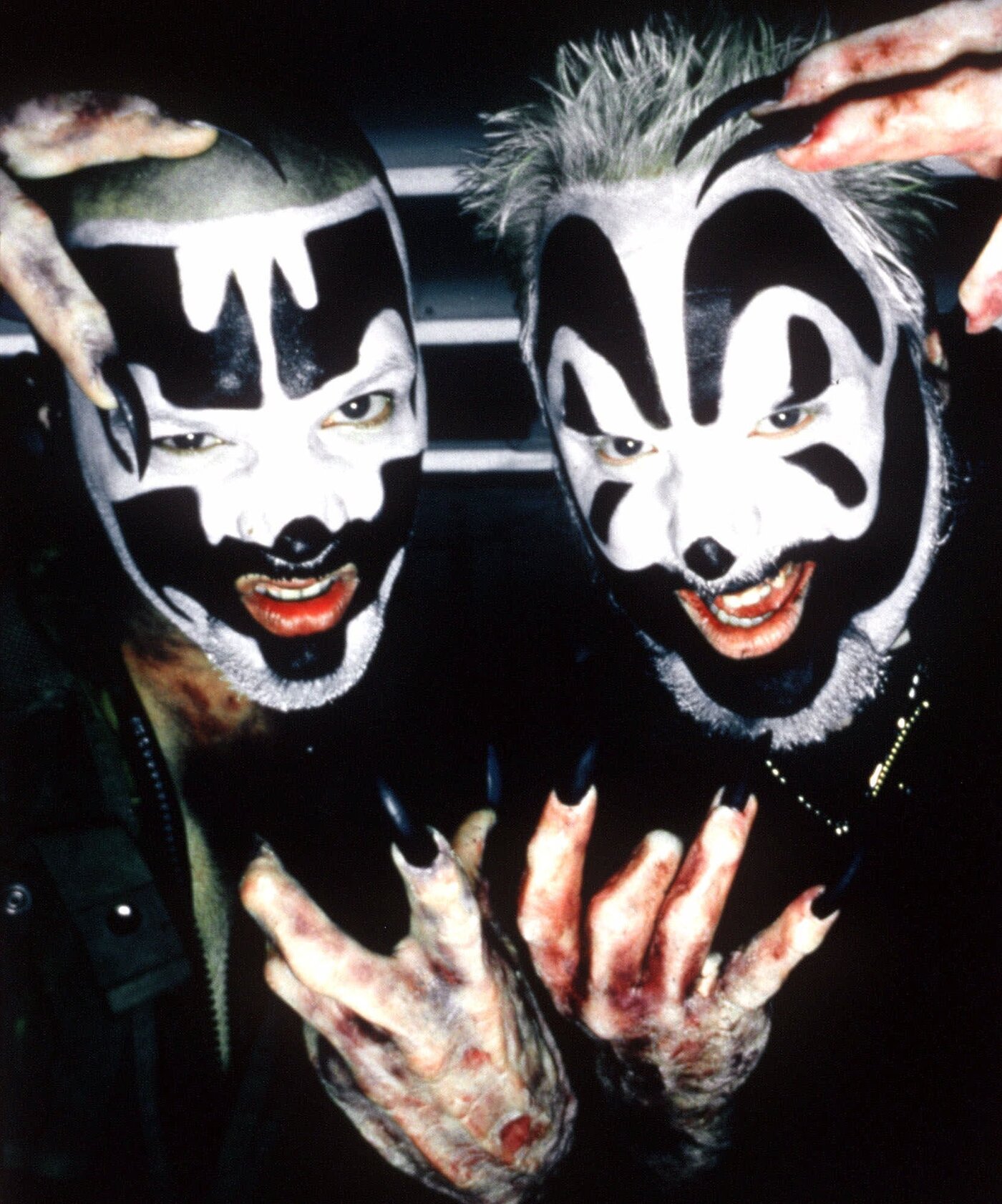 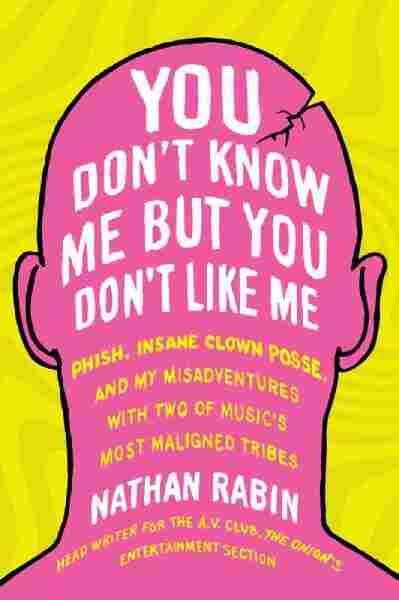 Phish, Insane Clown Posse, and My Misadventures With Two of Music's Most Maligned Tribes

Title
You Don't Know Me but You Don't Like Me
Subtitle
Phish, Insane Clown Posse, and My Misadventures With Two of Music's Most Maligned Tribes
Author
Nathan Rabin

The bands Phish and Insane Clown Posse have spawned some of the most rabid fans in music history. Their world of obsession is not an easy one to break into, but on a warm December night in Miami back in 2009, pop culture writer Nathan Rabin went to see a concert that would inspire him to enter the orbit of these infamous groupies.

He wrote a book about them, You Don't Know Me But You Don't Like Me, and tells weekends on All Things Considered guest host Rebecca Sheir about his first-hand look at the two often-reviled sub-cultures.

On learning to understand the passion of Phish's devoted followers

"Going into the book, I had my own kind of preconception. I already had my own stereotypes, and over the process of writing this book, I think, one of the things that made the the journey that I went through was about rejecting irony and rejecting cynicism and rejecting snark.

"For example, the first year that I followed Phish — this was in 2010 — I followed them for eight, 10, 12 shows and I didn't get anything out of it. There was this barrier between me and this world that I wanted to be a part of, but I just didn't know my way in. And I remember looking at people dancing to, say, 'Boogie on Reggae Woman' — which is a cover they do of a Stevie Wonder song — and I remember the first time I heard it thinking, 'Ugh, this is just embarrassing. Middle-aged white men should not cover a song called "Boogie on Reggae Woman." '

"But the second year that I followed Phish, when I kind of let all that irony go, when I let all that critical distance go, I just found it to be unbelievably joyous. And I would look at people dancing at Phish shows and just feel like these are people who are overcome with joy and feel the need to express it. And it's both reductive and insulting and doing violence to the human spirit to look at that and just judge it and not just feel that sense of joy that permeates Phish shows."

"There's also this kind of deification and romantization of poverty and a specific kind of poverty that I think is both really fun and refreshing, and also, I think, very liberating for poor kids who tend to be Insane Clown Posse's core demographic. if you grow up a latchkey kid and come from a broken family and don't have anything, you can't really relate to the Jay-Zs of the world but Insane Clown Posse, they kind of make it seem cool to be poor and reviled and one of the scrubs of life. I that I think is really really appealing and not just to kids and weirdos and outcasts the world over, but to me while was writing this book."

On the macabre aesthetic of Insane Clown Posse

"A lot of the Insane Clown Posse's imagery is very dark, is very disturbing and very violent, but the overall message of it is to lead a good life and to be good to your fellow person and to love thy fellow Juggalo [fans of Insane Clown Posse]. At the heart of it is basically this fundamental Judeo-Christian mythology to live a good life and you go to heaven — which they call Shangri-La — be a bad person, exploit other people, rip off the poor, you go to hell's pit."

On the significance of annual Insane Clown Posse gatherings

For 360 days, being a Juggalo makes them an outcast and makes them reviled and makes them a pariah. But four or five days of the year, being a Juggalo makes them the king of the world and everybody loves them and Insane Clown Posse is the most popular group in the world. It's this alternate universe they can escape into from the dreariness and the mundanity of everyday life. I feel like that's something that Phish and Insane Clown Posse both offer is this possibility of transcendence that is very rare in our culture.

'My Year Of Flops': A Very Good Book About Some Very Bad Movies