Accessibility links
Growing The Latest In 16th-Century Medicine A small section of the New York Botanical Garden's Wild Medicine exhibit recreates the Italian Renaissance Garden at Padua, Italy, the site of one of the earliest and most important medical schools. 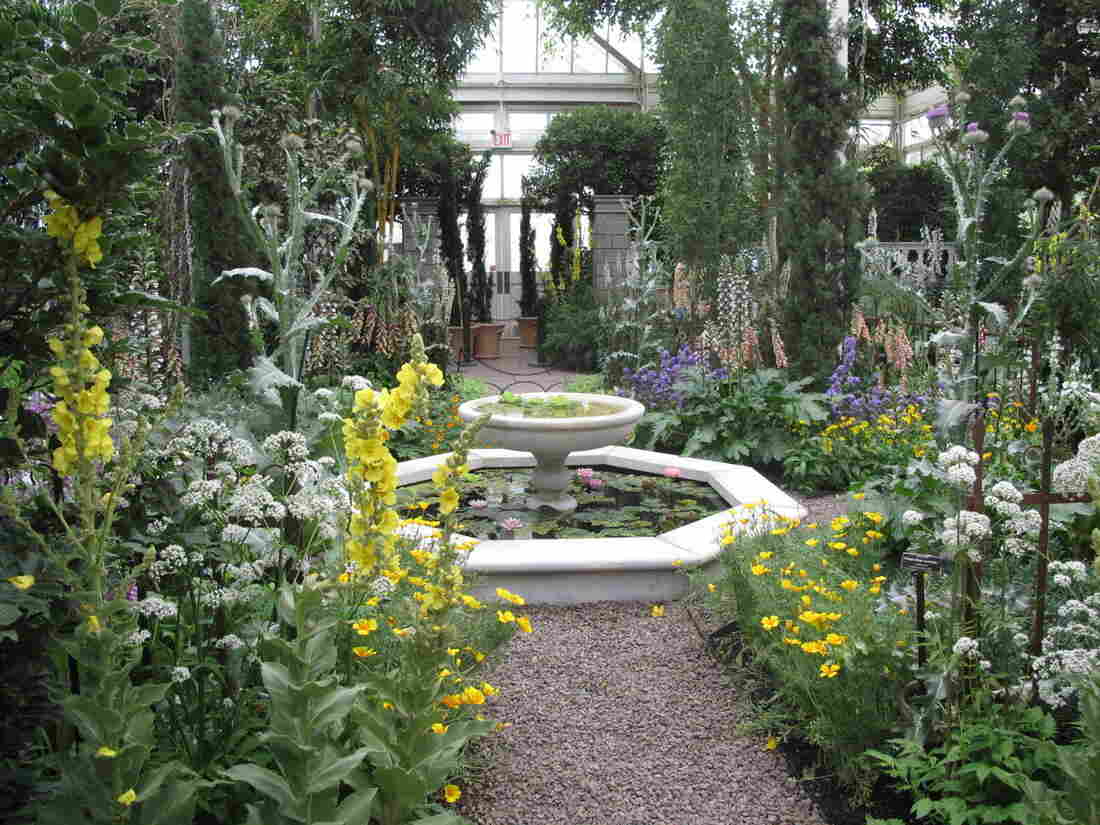 The Italian Renaissance Garden in New York's botanical gardens is inspired by the garden in Padua, Italy, created in 1545. Margot Adler/NPR hide caption 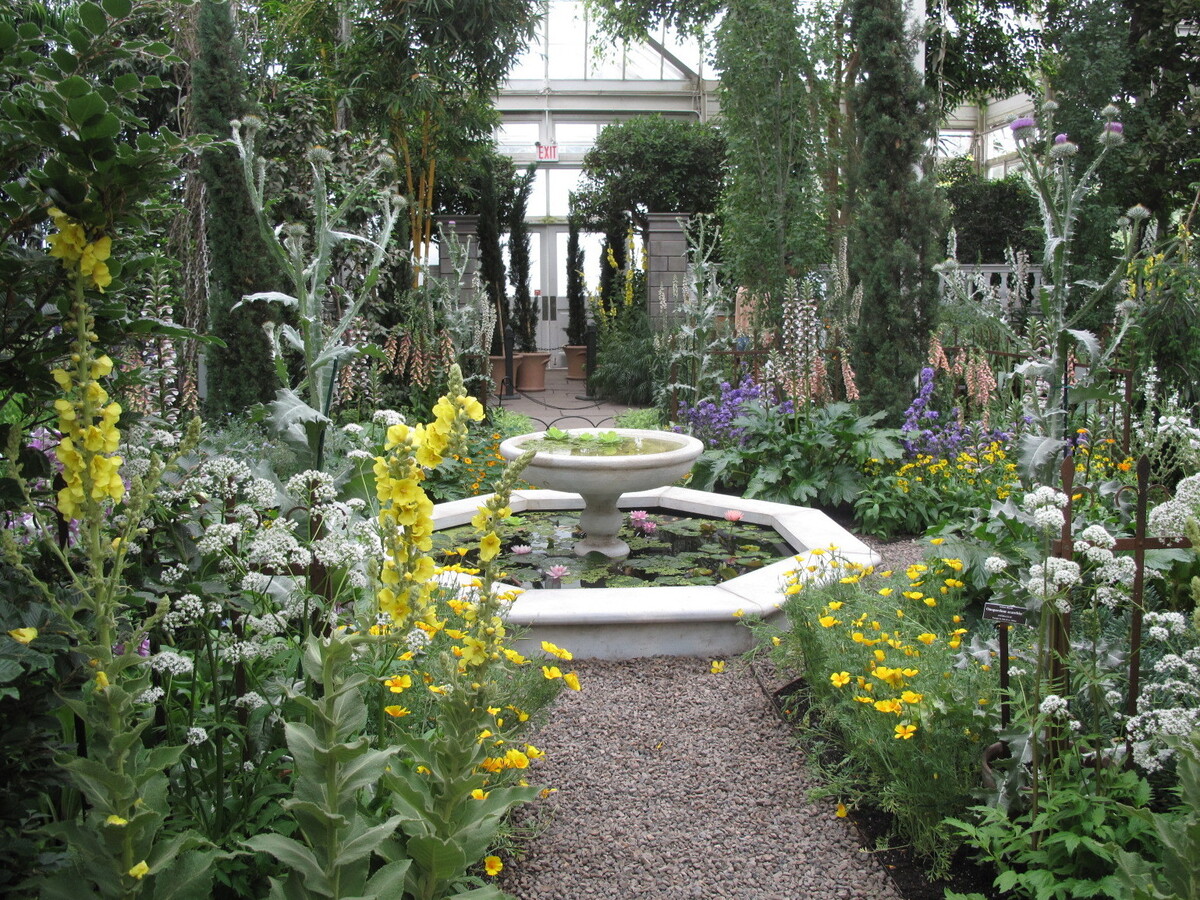 The Italian Renaissance Garden in New York's botanical gardens is inspired by the garden in Padua, Italy, created in 1545.

The Renaissance Garden at the New York Botanical Garden, a re-creation of a 16th-century medicinal garden, is so lush and colorful, it takes only a stroll through to absorb its good medicine.

The garden, part of a summer exhibit called Wild Medicine: Healing Plants Around the World, is a small-scale model of the Italian Renaissance Garden in Padua, Italy, Europe's first botanical garden.

The landscape includes Mediterranean flowers in multiple colors, fountains and odd plants that many people have never seen, like the opium poppy, with its unusual seed pods. The garden in Padua was created in 1545 as part of the University of Padua medical school, one of the earliest and most important medical schools in Europe. 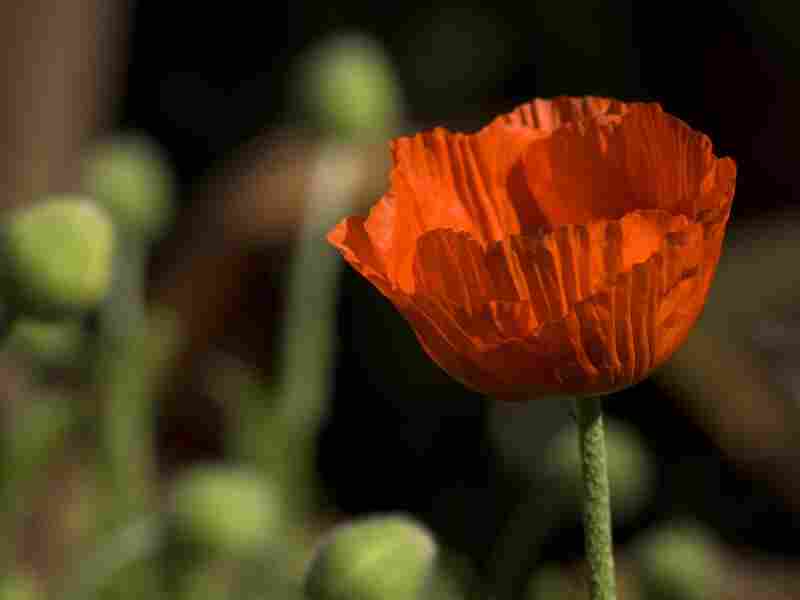 The opium poppy is the most common source of opium and morphine. New York Botanical Garden hide caption 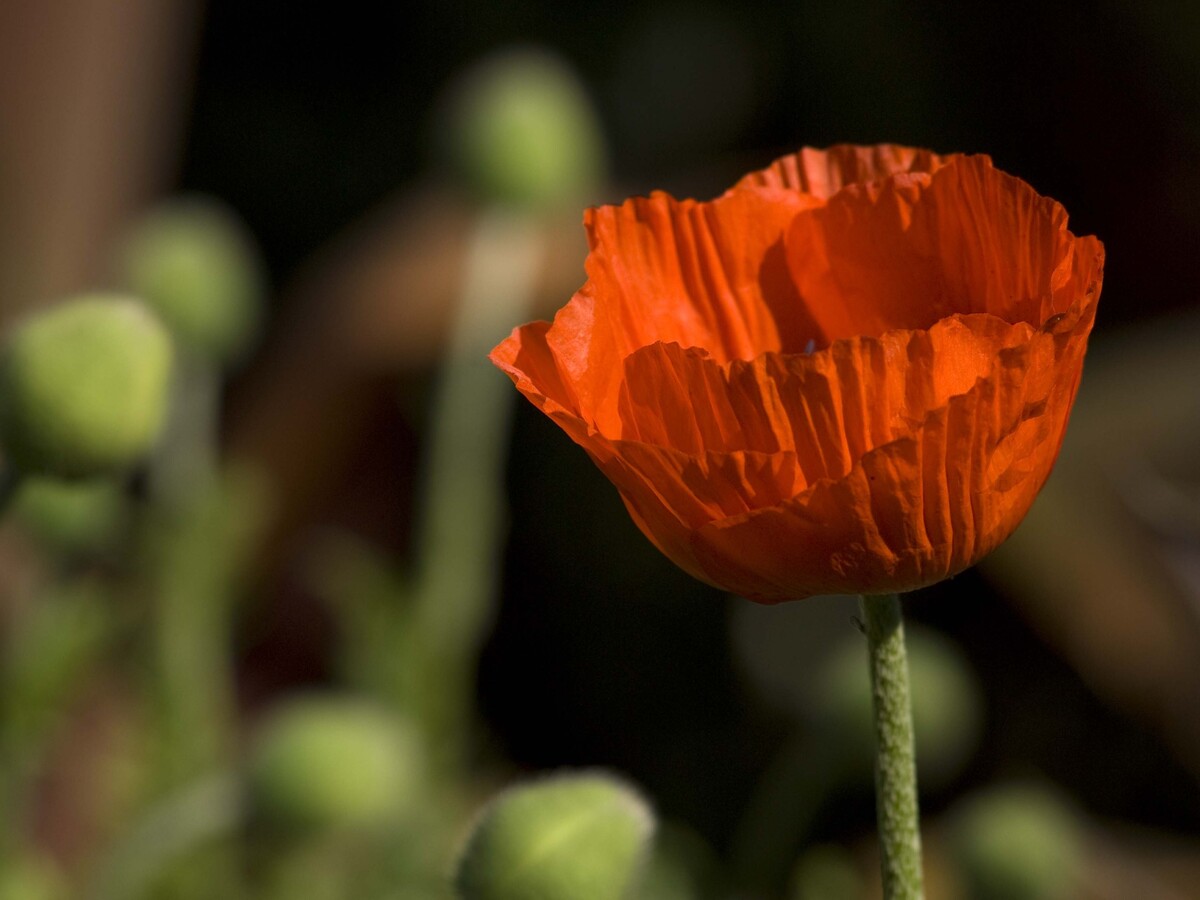 The opium poppy is the most common source of opium and morphine.

"The medical school in Padua started in 1222," Gregory Long, president and CEO of the New York Botanical Garden, explains as he guides visitors through the garden. "The medical school, by the middle of the 16th century, had developed to the point where they had collected plants. Plants were coming into Venice from all over the world, and they were interested in studying their medical uses."

Medicinal plants are used by every culture around the world. Long says 25 percent of modern medicines are based on compounds that were originally derived from plants. Only about 1 percent of plants have actually been tested for medicinal properties they may contain.

Long says the garden at Padua was really a laboratory "to see what would be effective and what would not," he says. "And of course, sometimes plants are poisonous, so you have to be very careful. And sometimes a very good plant that's very helpful to you is poisonous if you take too much."

Visitors enter the garden through a gate with rules etched in stone — in Padua they are in Latin, here they're in English — like don't pick the flowers, don't stray from the path. Inside, there's Pacific yew, where Taxol, used in chemo treatments for cancer, originally comes from. There's aloe and foxglove, and on the exhibit map, a place for marijuana — but none in the ground.

"The state of New York didn't mind too much," Long says. "They thought it would probably be all right. But it would have been illegal in the eyes of the federal government. So we didn't want to put our staff in that position."

Long invites a visitor to smell some valerian, which was often used as a sedative and sleep aid. 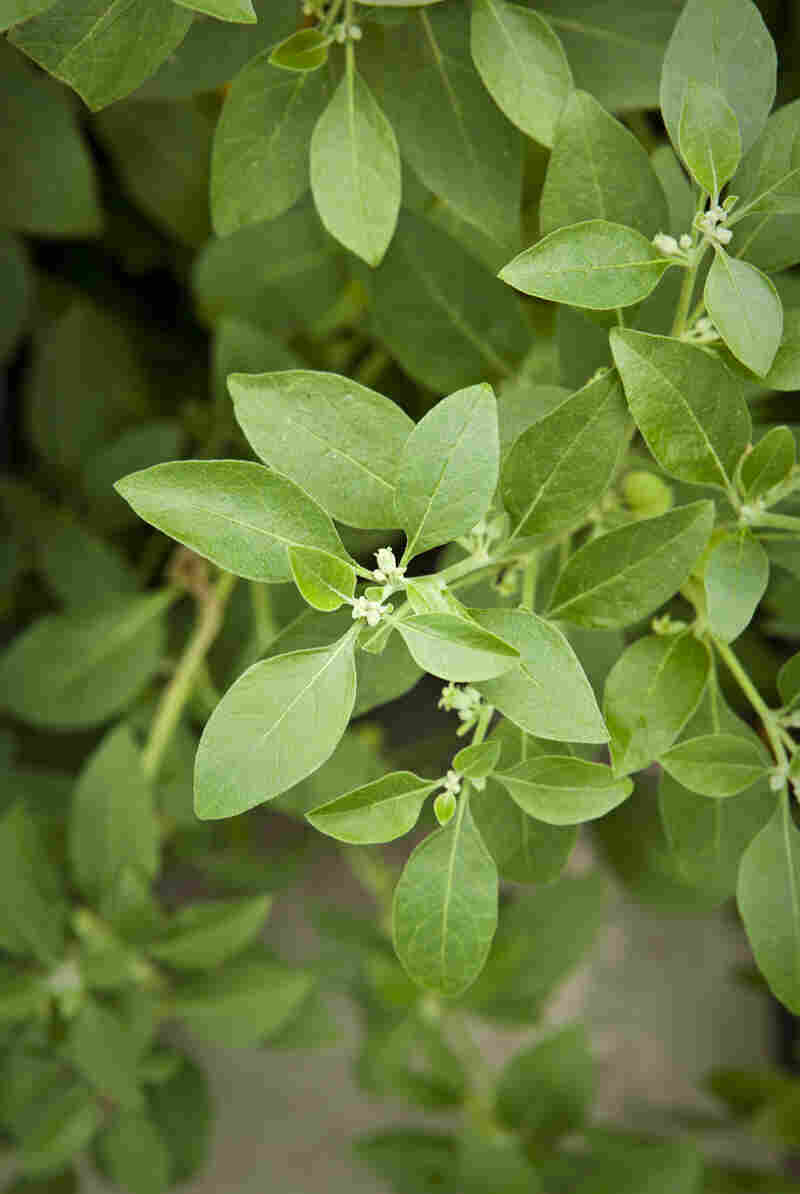 "Have a whiff of that," he gushes. "That's marvelous. Valeriana officinalis. It treats insomnia, anxiety, confusion, migraines and depression."

One herb, ashwagandha, or Indian ginseng, is among the most popular in the ancient Indian Ayurvedic healing tradition, according to the Wild Medicine website. Many Indian visitors bend down to touch the leaves; it supposedly reduces stress.

"Would you like to rub the leaf and prevent stress from entering your body?" Long asks. "If that doesn't work, we will give you a cup of valerian tea."

Besides the Renaissance Garden, there are statues of the four seasons in the style of the Italian Renaissance artist Giuseppe Arcimboldo. There's a gallery of Renaissance herbals, as well as stations where you can sample teas and citrus juices and see how chocolate is made from cacao.

Francisca Coelho, who designed the installation of the Renaissance Garden, says just being in the garden relieves stress.

"You don't even have to take any of them," she says of the plants. "You can just come and view them and smell them and appreciate them."