Accessibility links
Defense Contractors See Their Futures In Developing World Sequestration has yet to cause the huge job losses in the defense industry that many had predicted. Many defense firms have been turning to other growth areas — particularly, developing countries, which are growing their defense budgets while the West is cutting back. 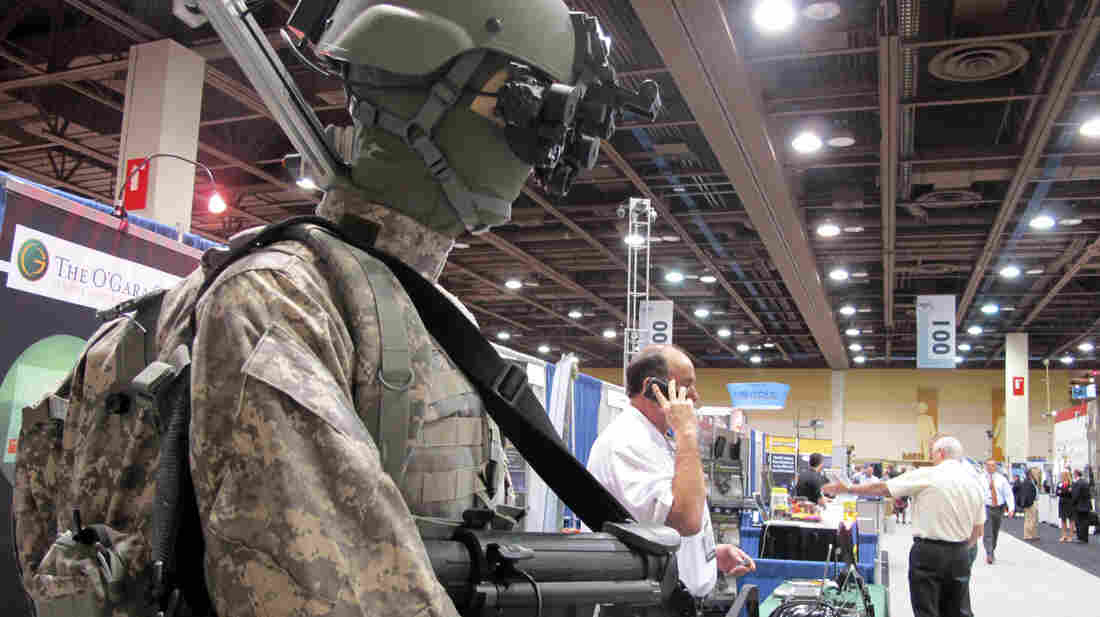 A mannequin in night-vision goggles is part of a display at a border-security expo in Pheonix last year. Defense companies are seeking growth in markets in the developing world, or in homeland and cybersecurity. Amanda Meyers/AP hide caption 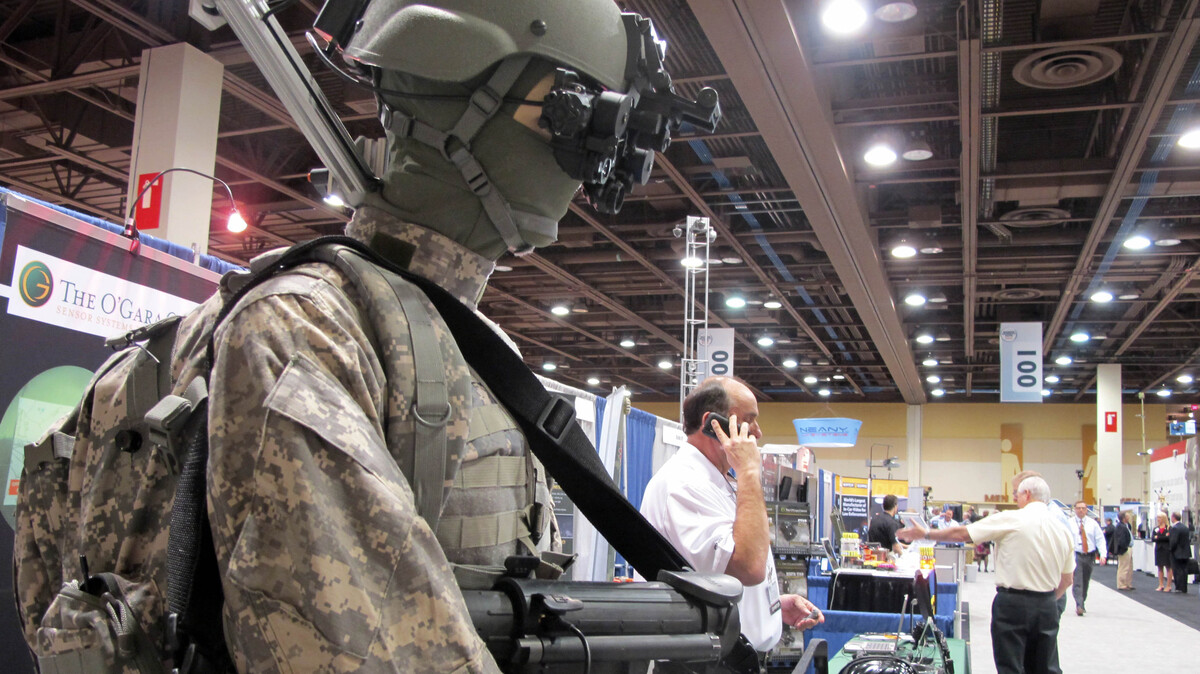 A mannequin in night-vision goggles is part of a display at a border-security expo in Pheonix last year. Defense companies are seeking growth in markets in the developing world, or in homeland and cybersecurity.

Defense manufacturers worldwide are facing tough times ahead, as tight budgets force Western governments to cut spending. But while the West is cutting back, developing countries around the world are spending more on defense — a lot more.

Last fall, defense contractors warned of massive layoffs if the U.S. government enacted the automatic budget cuts known as sequestration. Now, sequestration is in effect, but job losses are limited, in part because many Pentagon contracts were already in place and will keep assembly lines rolling for much of this year.

But Cord Sterling of the Aerospace Industries Association says those old contracts will run dry soon.

Manufacturers have known for some time that defense spending by the U.S. and European countries is headed downhill. But they are finding hope in the insatiable appetite for arms spending in other parts of the world.

Asian countries in particular feel threatened and are ramping up their defense budgets, says Paul Burton, a senior manager at the defense analysis firm IHS Jane's.

"They're all looking to upscale, they're all coming from a very low base," Burton says. "They're all cognizant of the threat that China poses and want to ensure that they can protect their national security."

Burton forecasts that defense spending by Asia Pacific nations will overtake North America within the next decade. China accounts for much of this growth, but defense budgets across Asia — from India to South Korea --are growing.

The situation is the same in the Middle East — Saudi Arabia and the United Arab Emirates are planning to double defense spending over the next decade. And in Latin America, says David Fitzpatrick of the consulting firm AlixPartners, defense firms are jockeying to win the biggest defense market in South America: Brazil.

"They have a defense procurement need that they can't meet themselves. They are not off limits to any of the players, and so it's a real battle to gain their business," Fitzpatrick says.

U.S. firms looking to Brazil or other countries are facing a lot more competition from manufacturers overseas. For example, the U.S. is about to lose its lead in the manufacture of unmanned aerial vehicles, Burton says.

"And we actually forecast that Israel will sell more UAVs, or drones, than the U.S. by 2014," he says.

Burton notes that the drone business still makes up a small portion of the international arms trade. The U.S. will continue to dominate sales of big ticket items like fighter jets, he says, but Israel's rise in this and other areas is a symbol of the growing competition U.S. manufacturers face.

Defense firms can find some solace in other growth areas, such as cybersecurity and homeland security. The homeland defense market is already large and got a potential boost last week: The immigration bill passed by the Senate requires the purchase of billions in surveillance equipment.
Fitzpatrick says homeland security is promising, but has limited potential for defense firms looking to replace Pentagon contracts.

"It will help slow it down, the reductions down, but I don't think it's got the magnitude across the board to replace the jobs that are lost when the U.S. DOD reduces its requirements," he says.

Amidst all this uncertainty, defense firms with a strong civilian component may be in the best position. Demand for airliners remains high, with a backlog of orders that should keep business going during the defense slowdown.