Accessibility links
Sexual Assaults Reportedly Rampant During Egypt Protests Human Rights Watch says mobs attacked, and in some cases raped, nearly 100 women in and around Tahrir Square during the massive protests this week, but authorities have done little about it. 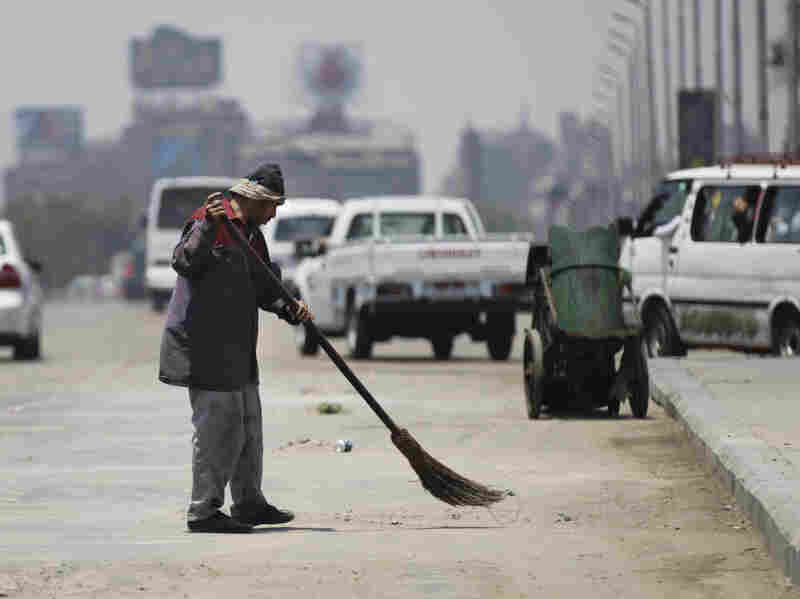 The bridge leading to Tahrir Square in Cairo was quiet Saturday morning, but activists say more than 100 women were sexually assaulted during protests there last week. Hiro Komae/AP hide caption 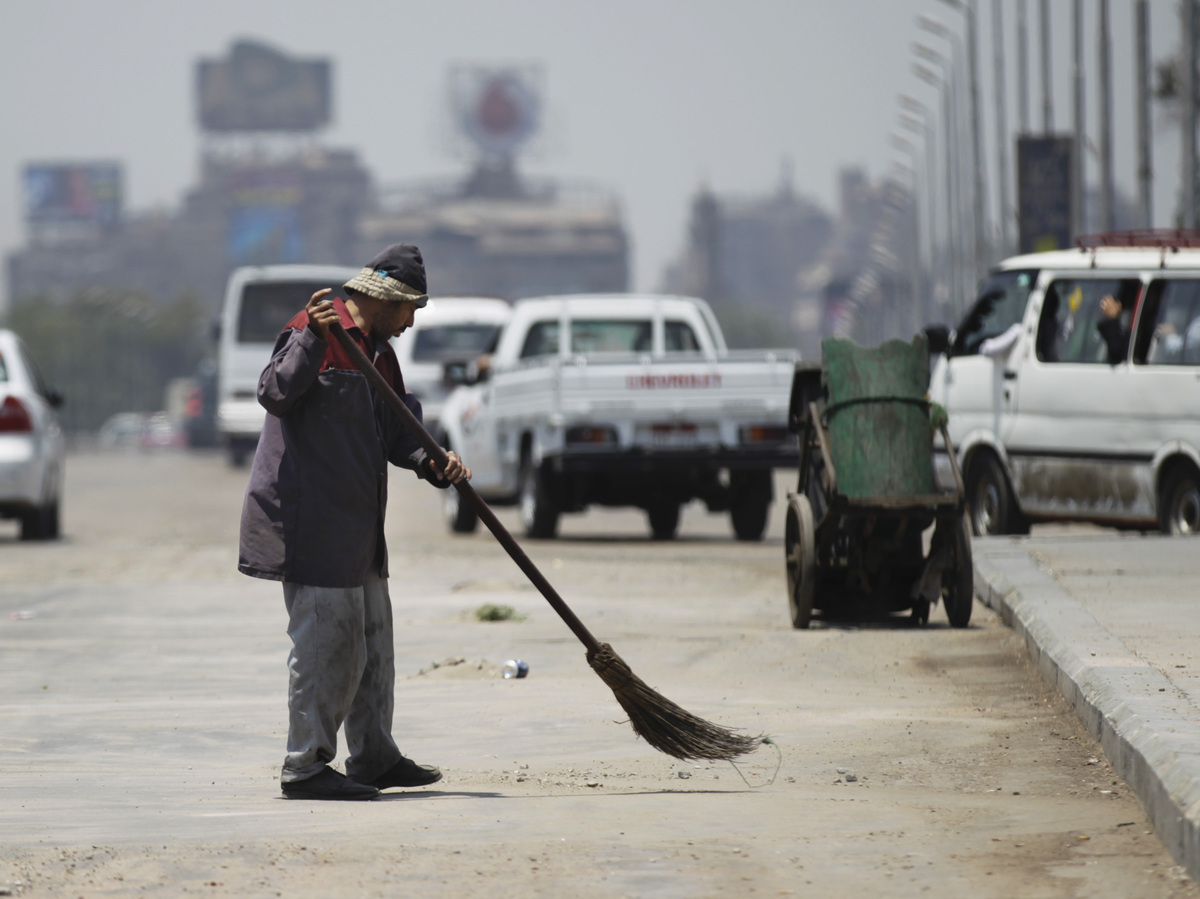 The bridge leading to Tahrir Square in Cairo was quiet Saturday morning, but activists say more than 100 women were sexually assaulted during protests there last week.

From afar, Tahrir Square appears almost festive as protesters chant against the Islamist president who was overthrown by the Egyptian military last week. But inside the crushing crowds, the scene can be a lot more sinister.

In a video posted by the Muslim Brotherhood, an unidentified woman cries out as men attack her. The group, from which former President Mohammed Morsi hails, claims the attack occurred in Tahrir Square in late June.

Human Rights Watch reports a sharp rise in sexual assaults here since anti-Morsi protesters took to the streets in record numbers last week. Activists report more than 100 sexual assaults in or near Tahrir Square during the past week alone, many of them gang rapes.

Most of the victims are Egyptian, though some are Western journalists covering the protest.

After A Rapid Rise, A Challenge To Political Islam

The rights group says the latest attacks follow an all too familiar pattern since mass protests began in 2011: A few men force a girl or woman away from the people she's with; rip off her clothes and assault her. Passersby join in the attacks, which range from groping to gang rapes that can last more than an hour.

Hania Moheeb, who was interviewed by Human Rights Watch, filed a criminal complaint in March about her attack.

Some onlookers tell the victims they are there to help, but instead attack them, says Heba Morayef, who is the Egypt director for Human Rights Watch.

"The only way these women can be rescued is because volunteer groups and women's organizations have organized a system where once they're alerted, they send in volunteers to extract the woman from the mob around her," Morayef says.

One group is Operation Anti-Sexual Harassment and Assault. Founded last November, the Cairo-based group operates at large protests and rallies at Tahrir Square, says one of its organizers, Yasmin al-Rifae.

She says the group's volunteers distribute fliers to women with a hotline number, and send in co-ed teams to extract victims.

"They're not concerned with punishing harassers, or identifying them, or anything like that," al-Rifae says. "It is simply about getting women out of these situations and getting them to safety."

She adds that sometimes the rescuers are attacked themselves, so they wear helmets, gloves and padding.

Aalaam Wassef, a member of the extraction team, says the rescues take an emotional toll on the rescuers.

"Life gets sucked out of you," Wassef says. "It's terrifying."

The volunteer adds that compounding the viciousness of the attacks is how victims are treated by Egyptian authorities. He recalls a case last Tuesday of a young woman in her 20s who was dragged into the subway station at Tahrir Square. There, she was stripped and gang-raped.

Afterward, she was taken to the police station, where the traumatized woman demanded her attackers be punished, Wassef says.

"She was presented to a doctor who wanted to [carry out] a virginity test in the police station itself," he says. "That led this young woman to completely break down in tears."

Rifae, his colleague, says the behavior of the police and the attackers are in part the result of Egyptian society's tendency to blame the victims in sex crimes. The attitude is: "These women are asking for it by being in the square instead of staying at home." Activists say to date, no one has been prosecuted for — let alone convicted of — sexual attacks in Tahrir Square.

Rifael says even more disgraceful is how key players in the current political crisis are using the attacks for political leverage.

"You have the Muslim Brotherhood using footage of these attacks online and at their own rallies to basically point the finger at Tahrir, and say: 'See — the opposition are all a bunch of thugs,'" she says. "And then you have a lot of the opposition forces essentially denying these assaults."