Accessibility links
Modern Hymn Writers Aim To Take Back Sunday In recent decades, churches have moved to rocking praise songs made popular by Christian radio. Now, some modern hymn writers are looking back to a more traditional style. 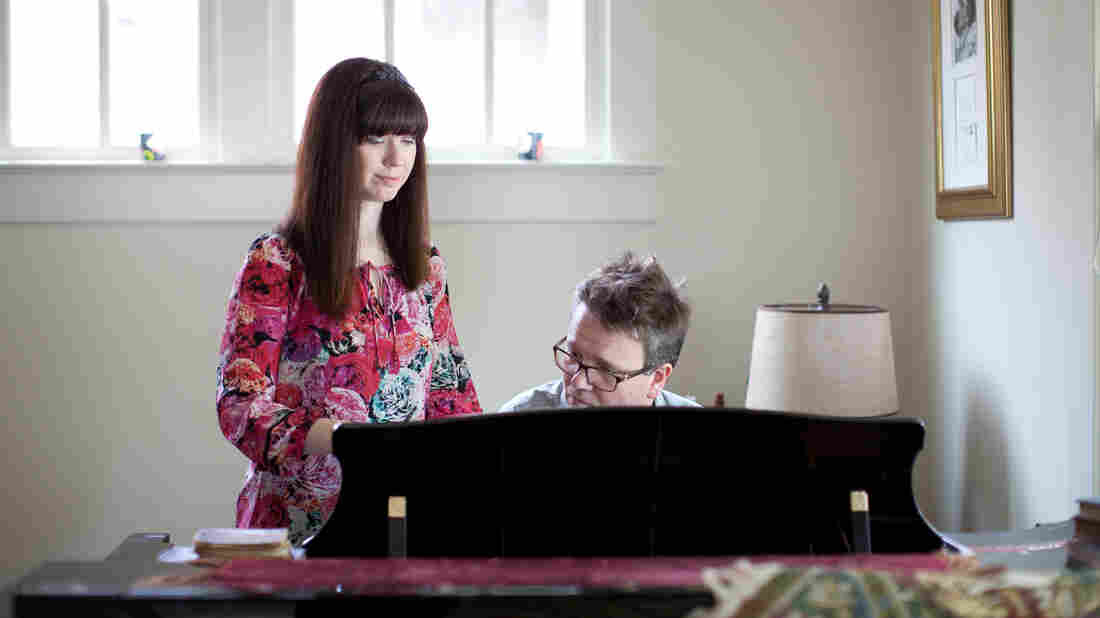 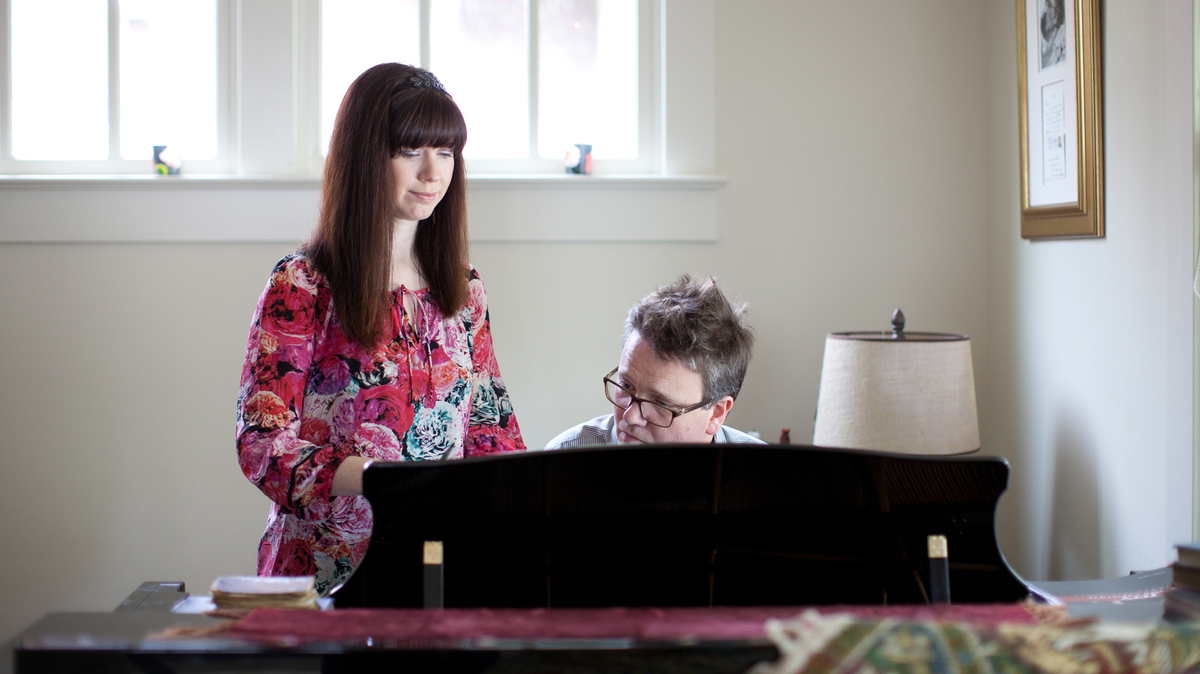 Modern hymn writers Kristyn and Keith Getty run through their song "In Christ Alone" at their home near Nashville's Music Row.

There was a time when hymns were used primarily to drive home the message that came from the pulpit. But then came the praise songs.

Matt Redman's song "Our God" is the most popular piece of music in Christian churches today. That's according to charts that track congregational singing — yes, there is such a thing. But approaching the Top 10 is a retro hymn: "In Christ Alone," co-written by Keith Getty.

Keith's wife, Kristyn, sings the hymn, while he plays the piano in their home near Nashville's Music Row. The couple came to town to write songs not for individual artists, but for what Keith Getty calls "the congregation."

"Our goal is to write songs that teach the faith, where the congregation is the main thing, and everybody accompanies that," he says.

Keith and Kristyn Getty perform "In Christ Alone" with an orchestra at Shadow Mountain Church in San Diego in 2008.

There's no definition for what's a hymn and not a praise song. But Keith Getty says it should be singable without a band and easy for anyone sitting in the pews to pick up. And it should say something bold.

"I think it's to the church's poverty that the average worship song now has so few words, so little truth," he says. "[It] is so focused on several commercial aspects of God, like the fact that he loves our praises."

Kristyn Getty says that some of the most popular music doesn't show God the proper reverence.

"There is an unhelpful, casual sense that comes with some of the more contemporary music," she says. "It's not how I would talk to God."

This old-school approach has made the Gettys stars with the country's largest Protestant denomination: Southern Baptists. Mike Harland, who is with LifeWay Christian Resources, which publishes the Southern Baptist hymnal, flips through the index, counting how many Getty hymns made the latest edition — there are 12 in total. That's more than just about any other living songwriter.

Harland says the Gettys have set a new bar. He's been pushing LifeWay's own staff of songwriters to go deeper.

"We would say, you know what, this is pretty, and this is nice, but it doesn't really say much," Harland says.

While modern hymns are finding an audience, those songs that may not say a whole lot still remain the most popular. Chris Tomlin's "How Great Is Our God" is a refrain sung in megachurches worldwide. Nashville producer Ed Cash collaborated on the song and says he laughed out loud the first time he heard a rough draft.

"I remember thinking, you know, that's exactly the simple kind of brainless praise-chorus things that drive me crazy," Cash says. But Cash has had a conversion to the praise chorus. He now says you shouldn't complicate the message.

"You know, for some people, singing a simple, seven-word, simple chorus, draws them into the presence of God," he says. "And to me, ultimately, what is the goal of worship music? It's to exalt God."

In the past few decades, some church leaders have called the tension between contemporary and traditional styles a "worship war," and it hasn't exactly let up. But the hymn is getting more love from modern worship leaders, even if it's just tagging a new praise song with a classic chorus.