Accessibility links
Winning Gold In Their Golden Years Age of Champions is a documentary about athletes who, in their golden years, compete at the National Senior Olympics. Michel Martin speaks to the film's producer, Keith Ochwat, and John Tatum, a 94-year-old swimmer. 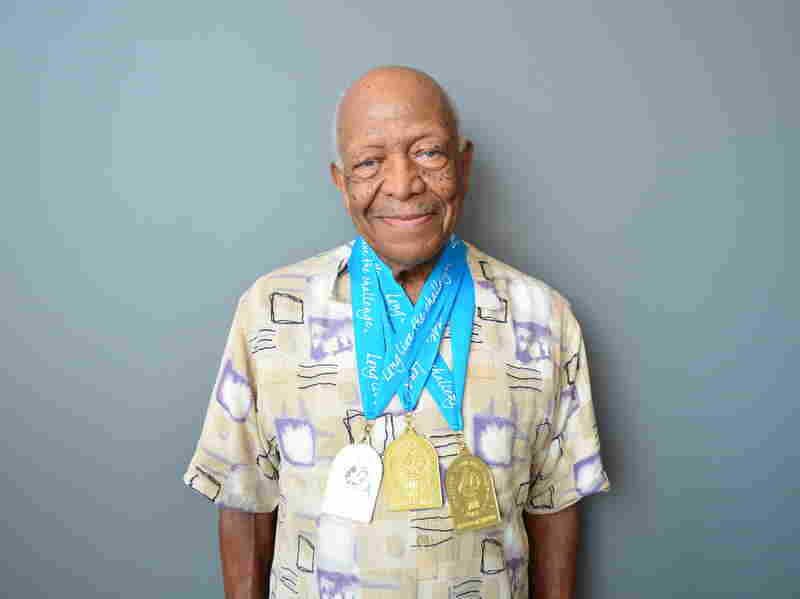 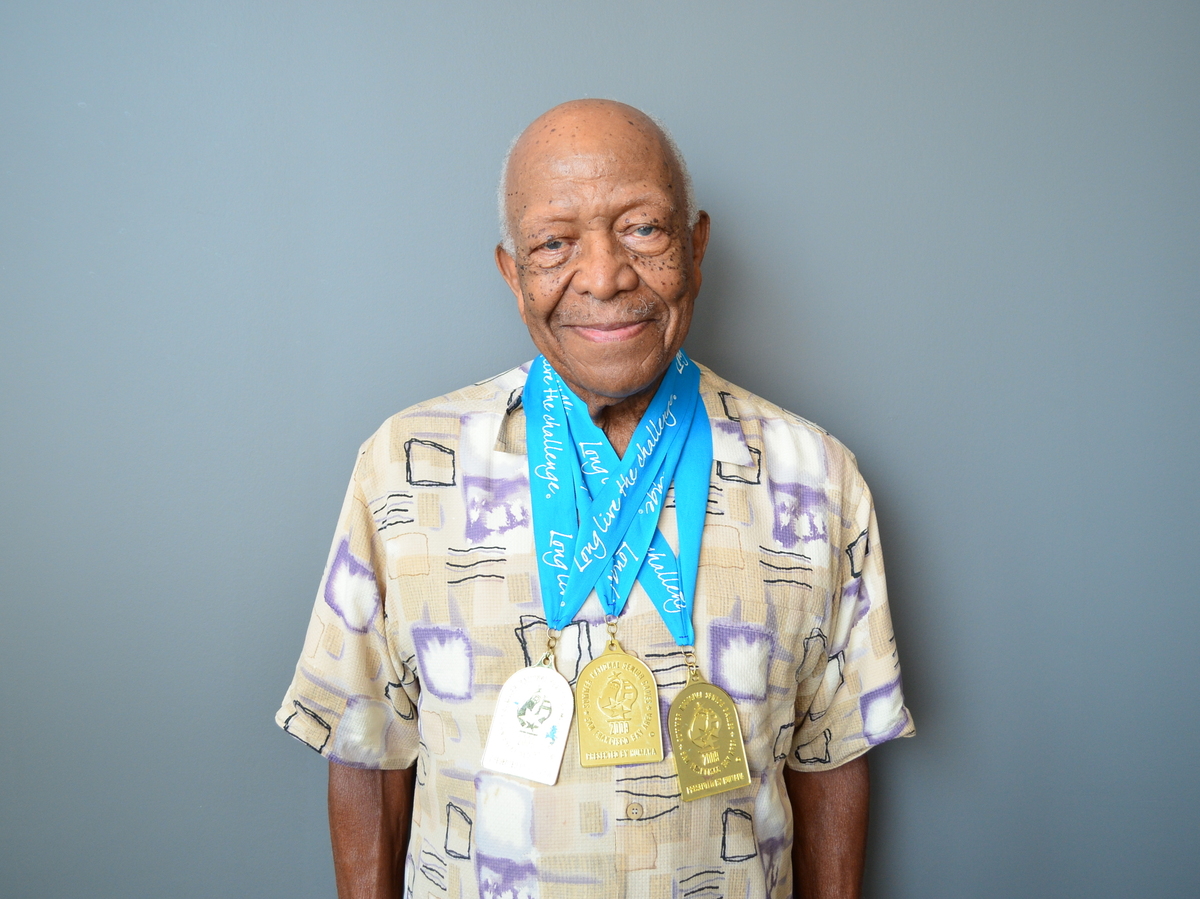 John Tatum is 94 years old. He is a swimmer. And a gold medalist.

Tatum is one of thousands of the top athletes in the U.S. who run, vault and swim for the gold in the National Senior Games. All of these seniors are over age 50, and some are over 100. And they show no signs of slowing down.

They're the focus of a documentary called Age of Champions. Host Michel Martin speaks to Tatum and producer Keith Ochwat about the Senior Games.

"Bradford was the better swimmer. You know, sickness overtook him. That declined his skills a little. He was in a lot of swimming teams when I wasn't. We switched back and forth on the win on certain contests. Sometimes I clipped him a lot of times. In 1928 or 1929, they had a public pool for blacks in the District of Columbia. ... I was interested, but I had other things to do. Brad really got into it. He was on the swimming team, the very first one they had."

Tatum on swimming after retirement

"I went to high school and they'd never had a team there. And in college they didn't have a swimming team. I just picked up again after I retired, because we heard about Howard University having this meet every year for seniors. And, you know, at that time I was 70, maybe 71 or 72. And I went on and I saw a couple of guys that I knew from high school who were in their 80s and they were still swimming."

Producer Keith Ochwat on the challenges Tatum and other athletes overcame

"It's really hard for us to have prepared ourselves for the story that John and Brad told us. We knew from the beginning of their contact with us that they had faced segregation, and they had overcome quite a bit to follow their love of swimming. But once we had the opportunity to meet John and Brad and their families, and see their role in the community, it really became our mission in telling their stories in the Age of Champions, that these aren't just swimmers, these aren't just seniors, they are not just athletes. These men are examples. These men are living examples. They are living examples and role models for people who are older, younger, our age. It was wonderful to get to know them."

Tatum on words of wisdom

"You never know what comes up in your life, physically, but I see no end for me. I would like to just compete year after year after year. You know, I'm 94, probably could be 100, I don't know. But as long as I am healthy, I can do it. And that's what I tell other people, you know, the guys around me. I don't have any friends from my boyhood anymore. My son's friends are my friends now. I try to keep them up with it. Get out and do something. You're physically fit. Go out and try yourself, you know. And those things help you live."