Accessibility links
What's Eating Her? A Writer Meditates On Food And Loneliness Novelist Kate Christensen has written a food memoir like no other. Although the author's food writing is enchanting, says reviewer Maria Russo, the sloppy, thrilling, innovative Blue Plate Special isn't really about food. It's more concerned with the heartbreak that shapes a creative life. 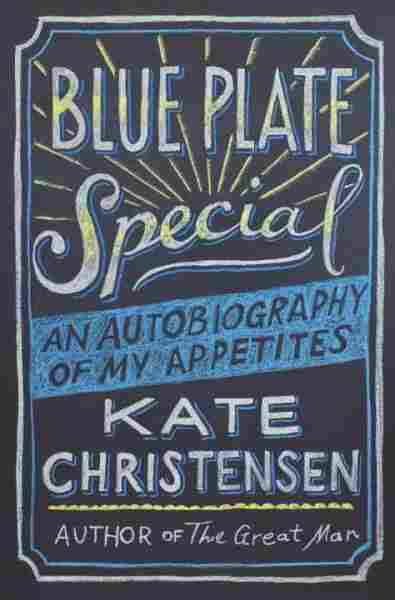 These days, it's often noted that food has displaced art, sport and even sex as the literary mind's propulsive muse. The single cookie that launched poor Proust on his interior odyssey feels shockingly modest compared with the vast smorgasbord today's writers seem almost compelled to revel in.

But then along comes a sloppy, thrilling, exasperating and altogether innovative memoir like Kate Christensen's Blue Plate Special, which could easily be retitled "Comfort Me With Grub." Solace is really all that Christensen — who has six novels under her belt, including the PEN/Faulkner Award-winning The Great Man — seeks from food. There are recipes in this volume, but they are unlikely to impress epicurean hipsters, unless they have a hankering for a bean burrito or an improvised puttanesca sauce designed to be eaten alone.

"Food can be dangerous," she writes, aware of our tendency to assume that our appetites reveal the nature of life itself. This trap is especially potent for someone who, like Christensen, has lived a thoroughly messy emotional existence. Her life has been marked by vertiginous ups and downs and childhood traumas — including sexual abuse by a high school teacher — that she seems almost hesitant to complain about. "Food is not a means toward resolution," she wisely concludes. "It can't cure heartbreak or solve untenable dilemmas."

You could read those simple statements as salvos aimed at the typical gustatory memoir, which joins self-help with forkfuls of pretense. There are no narratives of epic gluttony here, a la Jim Harrison, no blood-spattered forays into butchery (see Bill Buford) and a bracing reluctance to indulge in the meditative forays of M.F.K. Fisher or the soft-focus recollections of Ruth Reichl.

Christensen, for her part, brings a real sense of enchantment to her food writing (as readers of The Great Man, which was about an aging epicure, will remember). Some zucchini that she eats in France, for example, is "sublime, subtly multidimensional in flavor and velvety in texture, not like zucchini at all but some fairylike, delicate thing of palest green, very fresh, with an herblike essence." She is both sensual and wickedly observant, a hard combination to pull off. 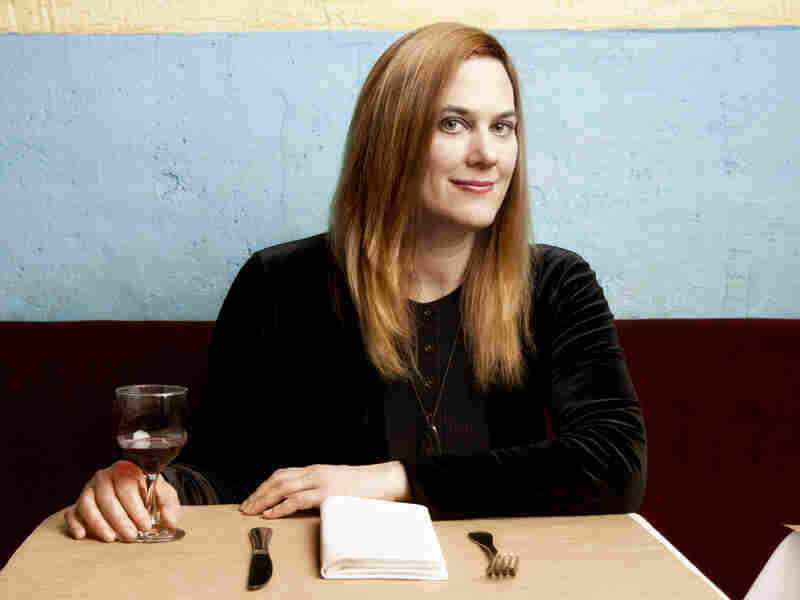 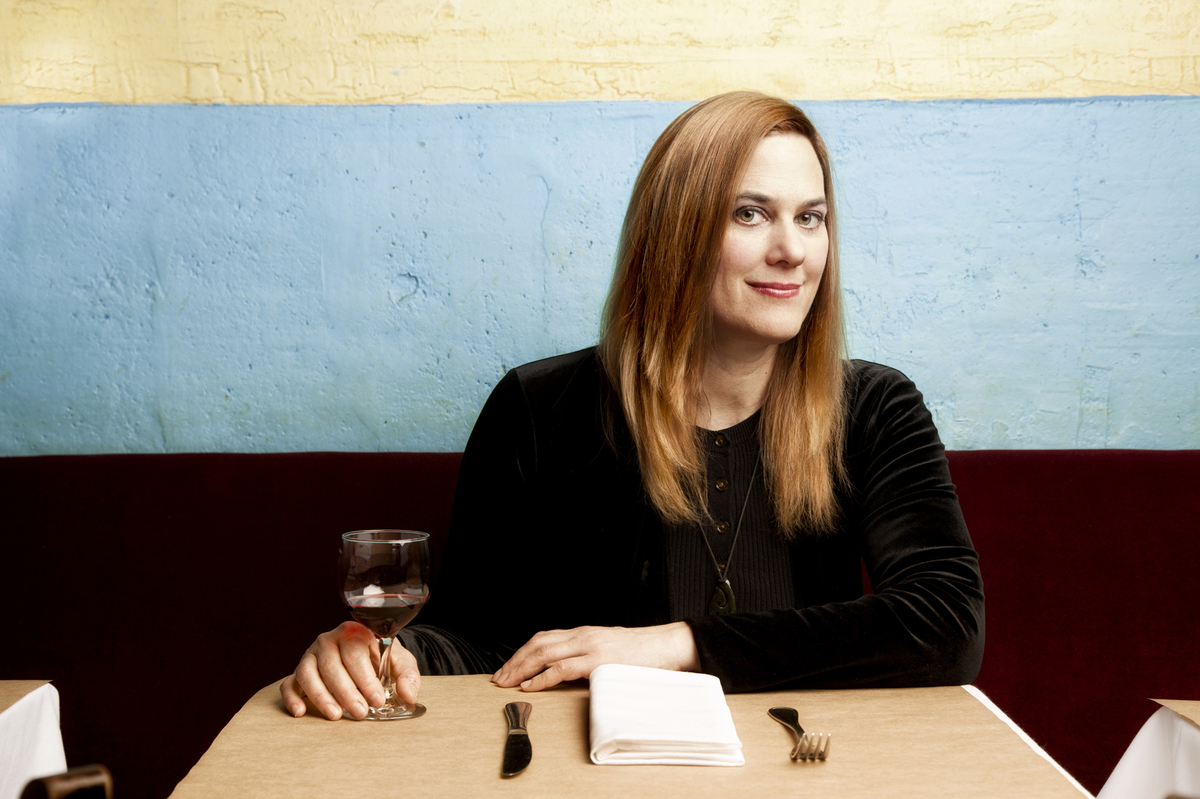 Kate Christensen won the 2008 PEN/Faulkner Award for her novel The Great Man.

But it's actually not the eating that most interests Christensen, and she's really no good at the self-mythologizing at which so many food writers excel. Instead, she has written a memoir that while tracking her relationship to food and describing some incredibly satisfying meals she has had, is really more concerned with the heartbreak and loneliness that shape an individual creative life.

She's a classic child of the 1960s and '70s, complete with parents who are alternately absent and overbearing, and a surrounding culture that treats children as an afterthought. She had a distant, narcissistic hippie dad who shattered her and her two sisters' bohemian Berkeley upbringing by turning his violent temper on their mother, who responded by taking her girls to Arizona to enroll in a Ph.D. program in psychology. Christensen establishes a pattern of wanting to outtough her father while discovering that she craves feminine retreat from the world. The blue-plate specials of the title were her mother's nickname for the relatively wholesome, unadorned meals the family enjoyed in Arizona. Later Christensen becomes no stranger to French cuisine (albeit of less than four-star caliber), thanks to a pre-college stint in France made possible by her family's involvement with the international Rudolph Steiner movement.

The Woman Behind 'The Great Man'

Once she is out on her own, there are a disorderly cavalcade of dinners, a husband, a dog and a divorce, various estrangements from her mother and sisters followed by efforts at family reconciliation, bad jobs, a gluten allergy, and years of toil and rejection before she finds success as a writer. Then there's Christensen's drinking. At times it seems like intermittent, soft-core alcoholism, but ultimately, I think, she relates to alcohol just as she does to food. It's a barometer of her psychological weather, and there are wild fluctuations: As an unhappy teenager, she discovers that she loves being drunk. There's a dour stint at the Iowa Writers' Workshop, during which she limits herself to modest bourbon consumption. Later, when she first gets to New York, she begins consuming multiple bottles of wine on a nightly basis. But eventually at solitary 30-something dinners in Brooklyn, she chastely limits herself to two glasses of vino. You roll along with her, a bit vertiginously.

It all adds up to the slightly beyond-normal life of a woman who is difficult to pin down. She has produced half a dozen novels, all of which have been well-received. Yet she has not followed the path of the aspiring literary star. The society of other writers, for example, doesn't seem to be one of her appetites; they're largely absent from the book, and when they do appear, as Frank Conroy does in Iowa, they treat her badly and don't give her anything to eat. When she finds happiness, relatively late in life, with a younger man, she describes it in language that is as far as possible from the epicurean: It's "a simple thing, as simple as dirt."

The dare posed by all memoir writers is, "Do you trust me?" From the early chapters, Christensen forces readers to accept that she's a mad bundle of irresistible contradictions. Yet you trust her.

Maria Russo, a frequent contributor to The New York Times Book Review, is a former editor and writer at The Los Angeles Times, The New York Observer and Salon. She is the editor-in-chief of Pasadena Magazine.